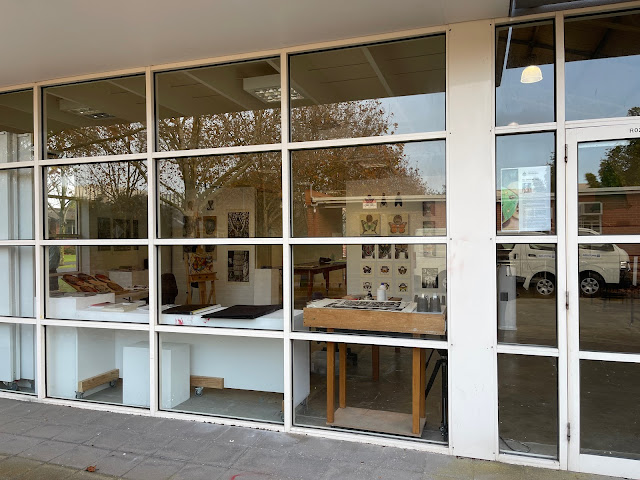 My time in the Geelong Grammar School studio is now just a fond memory, albeit one that will linger on. In this post I step inside for one last visit, if only a virtual one, and hope you’ll join me. 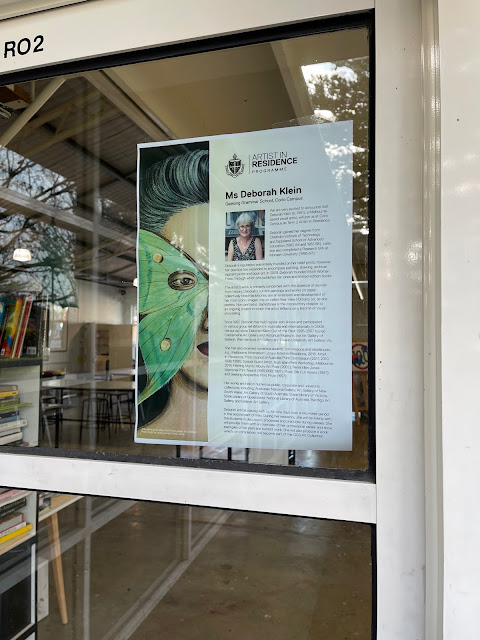 During the residency my time was equally divided between painting and printmaking. I set up the printmaking table directly inside the the studio entrance and my painting table at the opposite end. 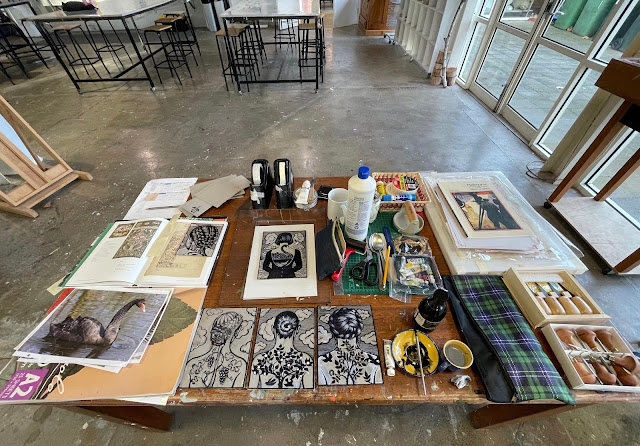 Second from the top, above left, and top left in the more detailed view below, is a previously carved block, part of Illustrated Women, an artist book in the making. My intention was to use this and other pre-carved blocks to demonstrate hand burnishing techniques to the students.
To its right is the first linocut design completed during the residency. Made for a major group exhibition and print exchange next year, the block is ready to begin cutting. In fact, I’d intended to complete the carving while I was here - until the Muse decided to pay me an unexpected visit.
In the foreground of the table are my three most recent works, shown in various stages of progress. None of these were previously planned. Progress views of the blocks centre and right were featured in my last post. They are intended for a collaborative exhibition, The Artist’s Garden, a Goldfields Printmakers project. In September 2022, two works from each of us will be exhibited in Bristol as part of IMPACT 12, a international print symposium held biennially in various parts of the world. The Artist’s Garden will also be exhibited in Australia (details to follow). Being exceedingly time poor, I’d initially declined to participate in the exhibition. But the Geelong residency gave me what I’d previously lacked: time and the headspace to recognise that there was indeed a place in my work - and my schedule - for it. Moreover, the two panels for IMPACT 12 have provided the impetus for an ongoing series that may also develop into an artist book. A third panel (foreground left) is currently in development and others will follow in due course. 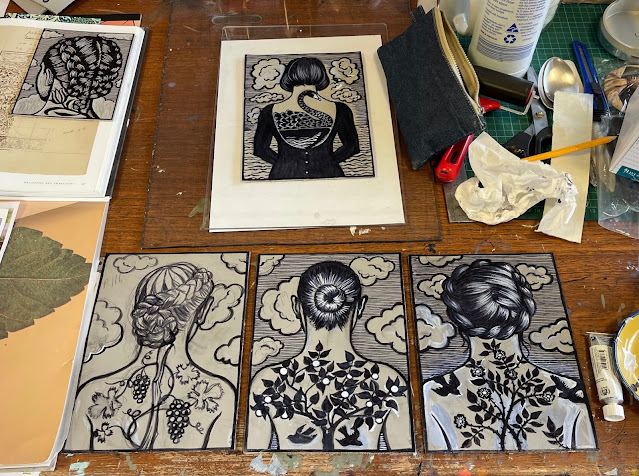 Below: a detailed progress view of my work for next year’s print exchange and group exhibition. 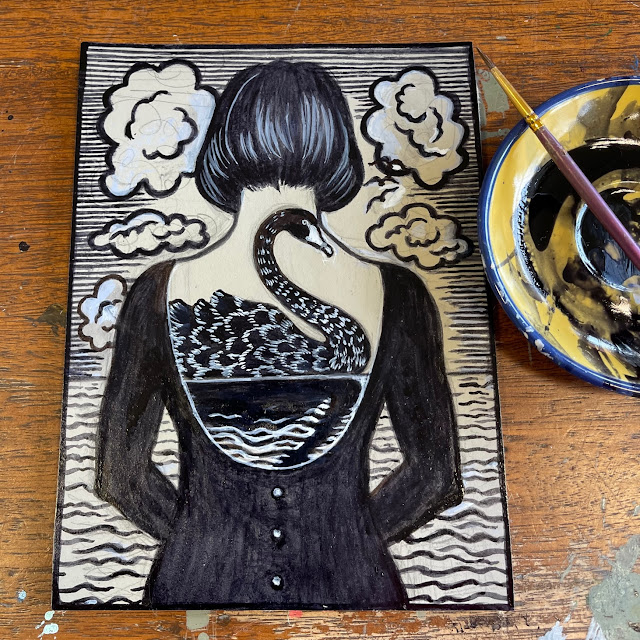 Everyone I met during the residency, from the Principal to the students to everyone else, was warm, welcoming and genuinely interested in what was unfolding in the studio. People of all ages stopped by to talk about the work.
I particularly enjoyed my sessions with the art school teachers and their students. Directly below is Gen, snapped on the last day of my residency. A student from her group was examining my Moth Woman Vigilantes lino blocks, made several years ago, when she noticed one one of them bore an uncanny resemblance to Gen. 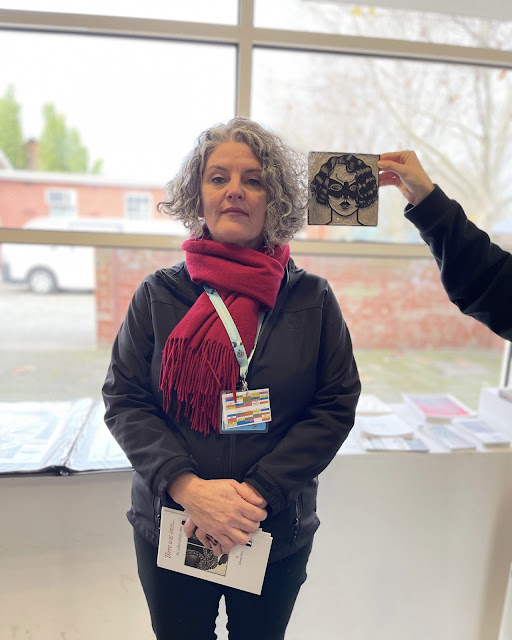 Among the things I’ll miss most are the early morning chats with Lucy before classes began for the day. 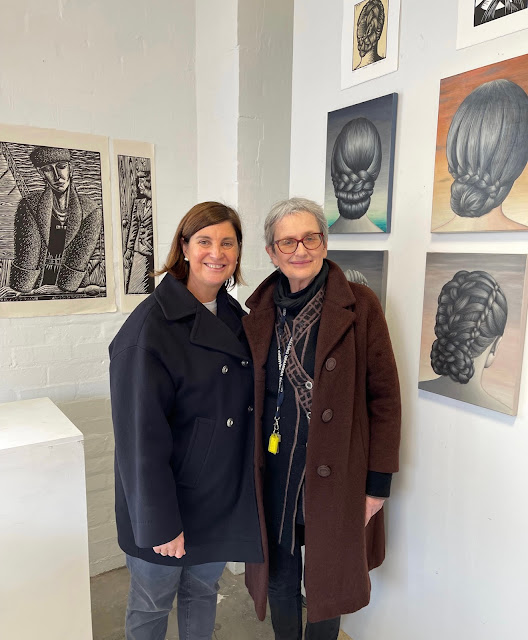 Working with her colleague Sharon, AKA Shaz (pictured below) was also a joy. 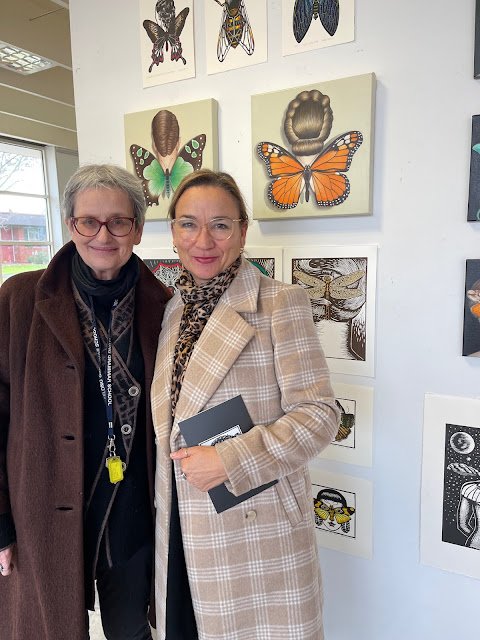 Unfortunately I never got a photo with Peter Bajer, Head of Visual Arts, who I probably spent the most time with. What an extraordinarily kind, thoughtful and considerate host he was. I’ll really miss joining him for morning tea in the staff room and in the cathedral-like dining hall (affectionately referred to as “Hogwarts”) at lunchtime. Every day he would come to collect me, ensuring I took proper breaks. Peter and his wife Iga looked out for me throughout the residency, and were marvellous company - it’s mainly thanks to them that I was able to settle in so quickly.
Early in the residency, Andrew Ryan took a series of photos for the school’s archives and has kindly sent them through to me. One of his portraits of me is now on the school website. You can see it HERE. It’s an honour to join the list of luminaries who have gone before me, and in August, my partner, Shane Jones, will be among them!
A small selection of Andrew’s photos are below. Also in the photos are are a delightful group of students from one of Lucy’s classes. 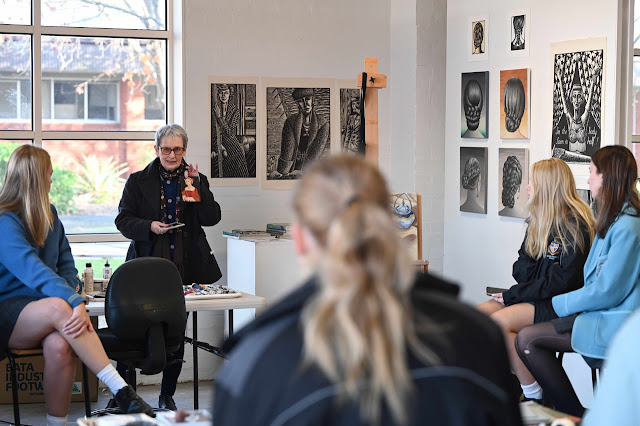 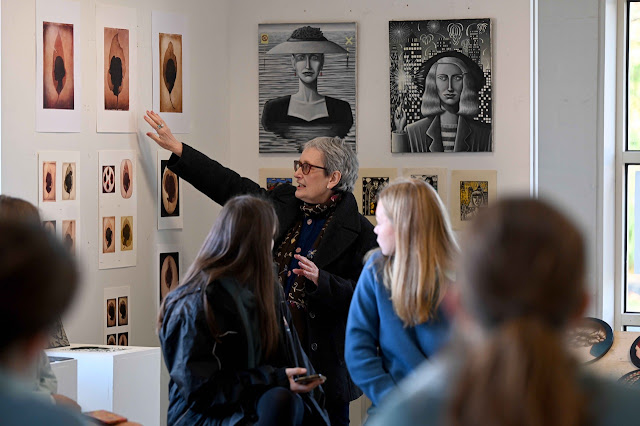 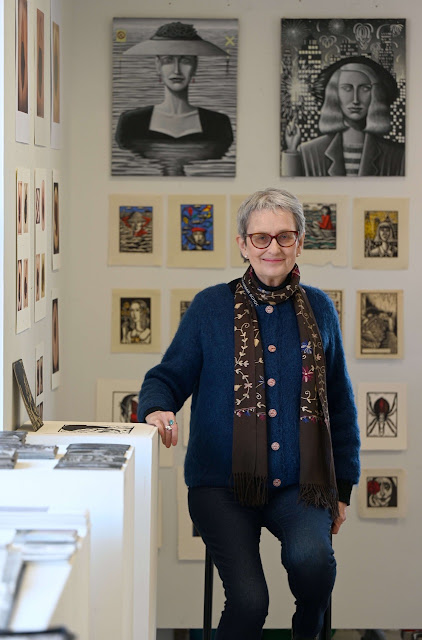 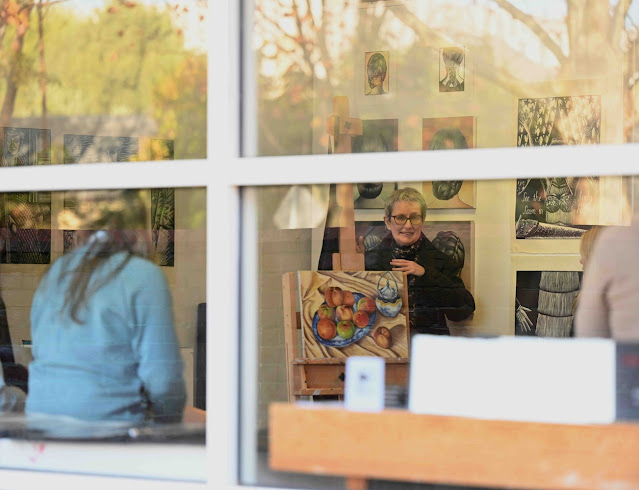 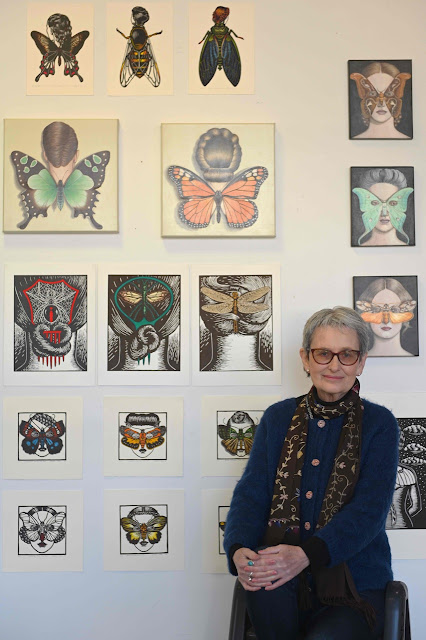 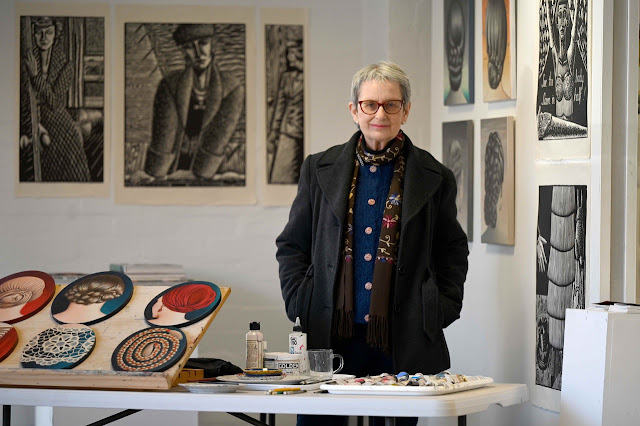 The sun may have set on my residency, but besides a swag of happy memories, there has been much to take away with me: new works, the promise of new directions, and a world of new beginnings. 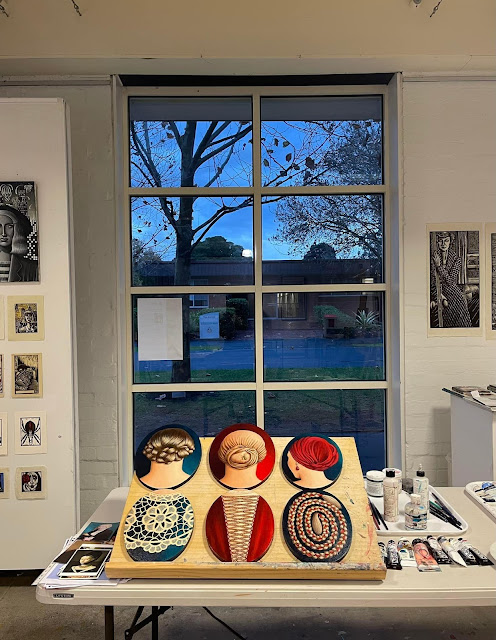 Posted by Deborah Klein at 6:11 PM