From the British Museum to Ballarat: Maria Sibylla Merian and me


During our visit to London in April, Shane and I spent two memorable afternoons in the Prints and Drawings Room of the British Museum. My primary aim was to view works by the artist-naturalist Maria Sibylla Merian (1647-1717) including her album of 91 drawings entitled Merian's Drawings of Surinam Insects. Having this magnificent volume entirely to ourselves to study in depth - and tranquility - was an experience I will never forget.

Among the album's standouts were the Common or Spectacled Caiman and South American False Coral Snake, and Pineapple (with examples of a caterpillar, chrysalises, two butterflies and a beetle). Both works are pictured directly below. 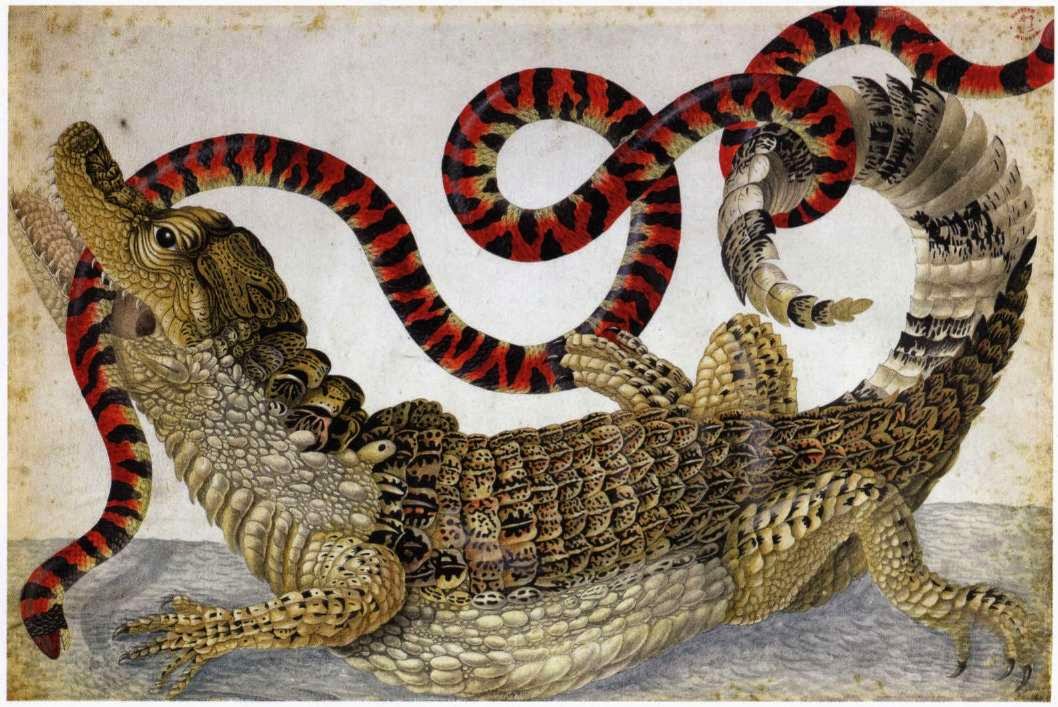 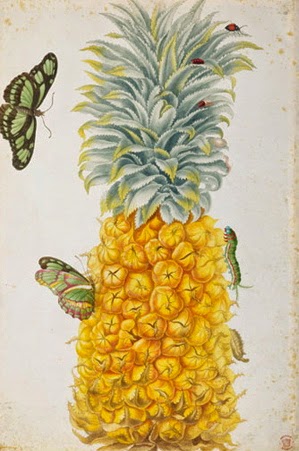 On the second day we also perused selected works on paper by Hans Holbein, Henri de Toulouse-Lautrec, Eric Gill and Edgar Degas. Despite undergoing extensive construction work, the Prints and Drawing Room was a peaceful haven compared to many of the main galleries of the BM. Every time we entered the building it sounded like a football match was in full swing. On our way to the Prints and Drawings Department, we gingerly navigated a path through hoards of rowdy visitors mindlessly snapping selfies in front of mummy cases.

Considerably less hectic was the Enlightenment Room, which resembles an elaborate Cabinet of Curiosities. It’s an enchanting world completely unto itself and is unquestionably one of my favourite rooms in the British Musum. On display was an album of watercolours by Maria Sibylla Merian. Sadly, I’m not in a position to call in every three months when one of its pages is turned. 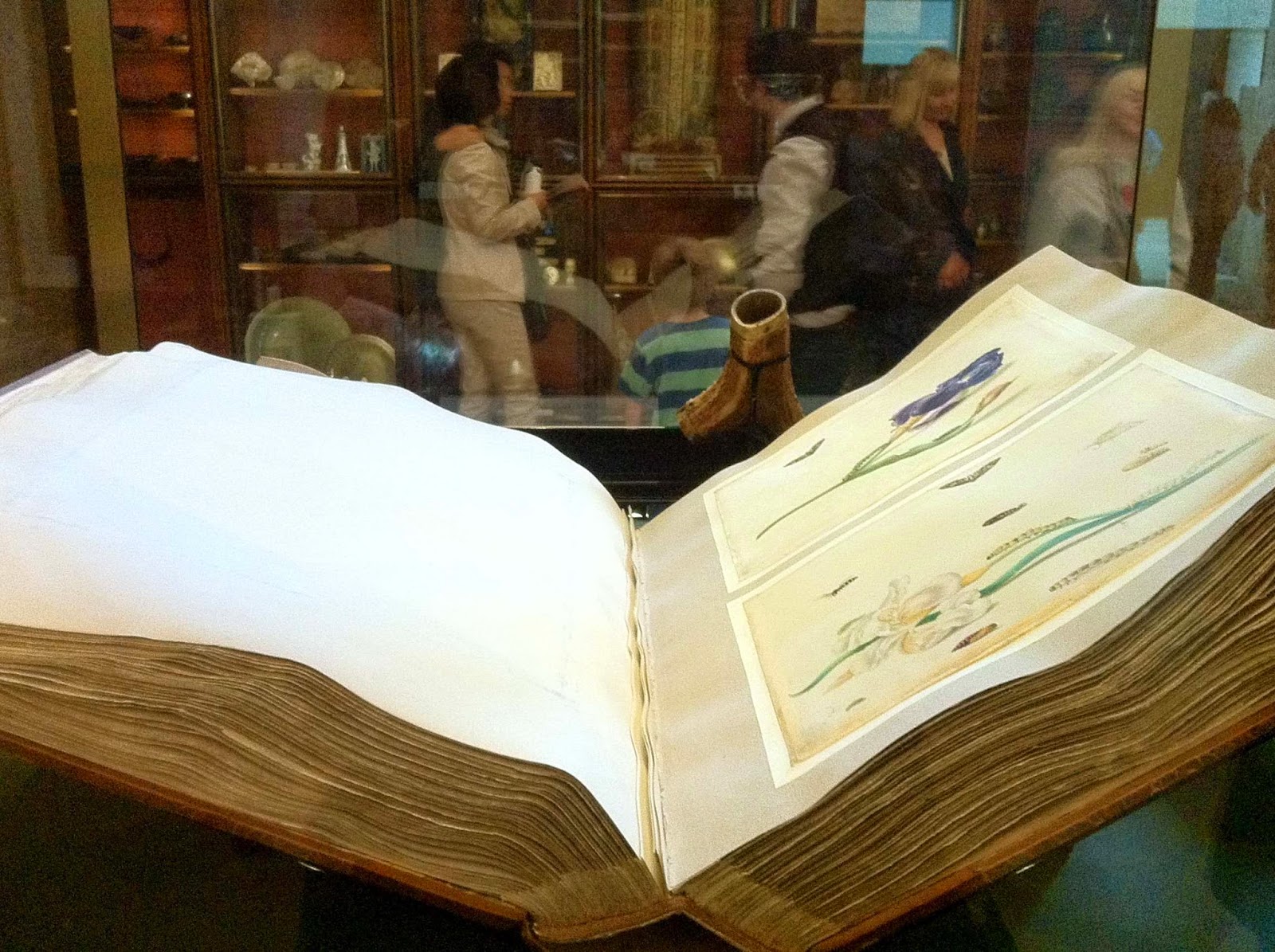 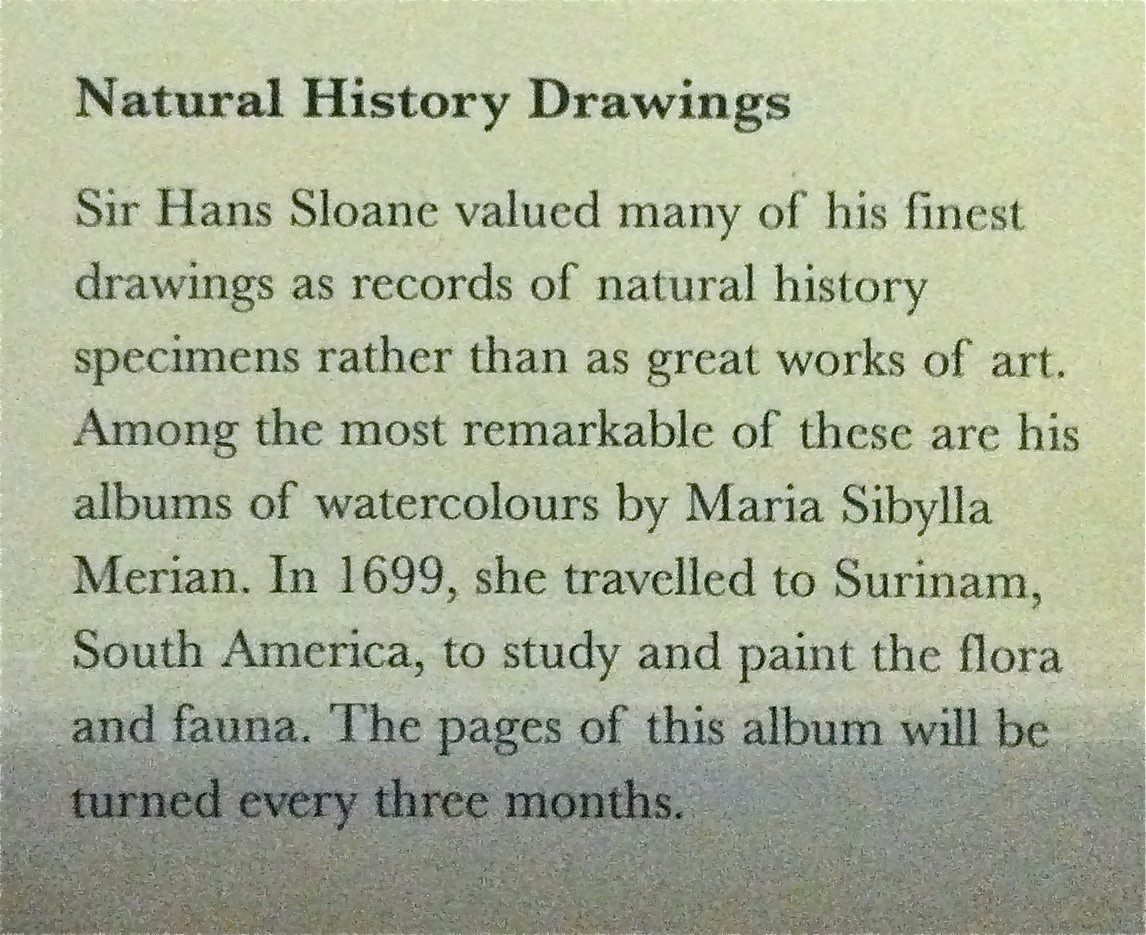 It’s going to take awhile to process all that I saw and experienced in the UK, particularly in regard to its possible impact on my work. But as I tentatively begin a new watercolour in the Ballarat studio, I'm already wishing I could magically transport myself back to London to see those Maria Sybilla Merian watercolours again. 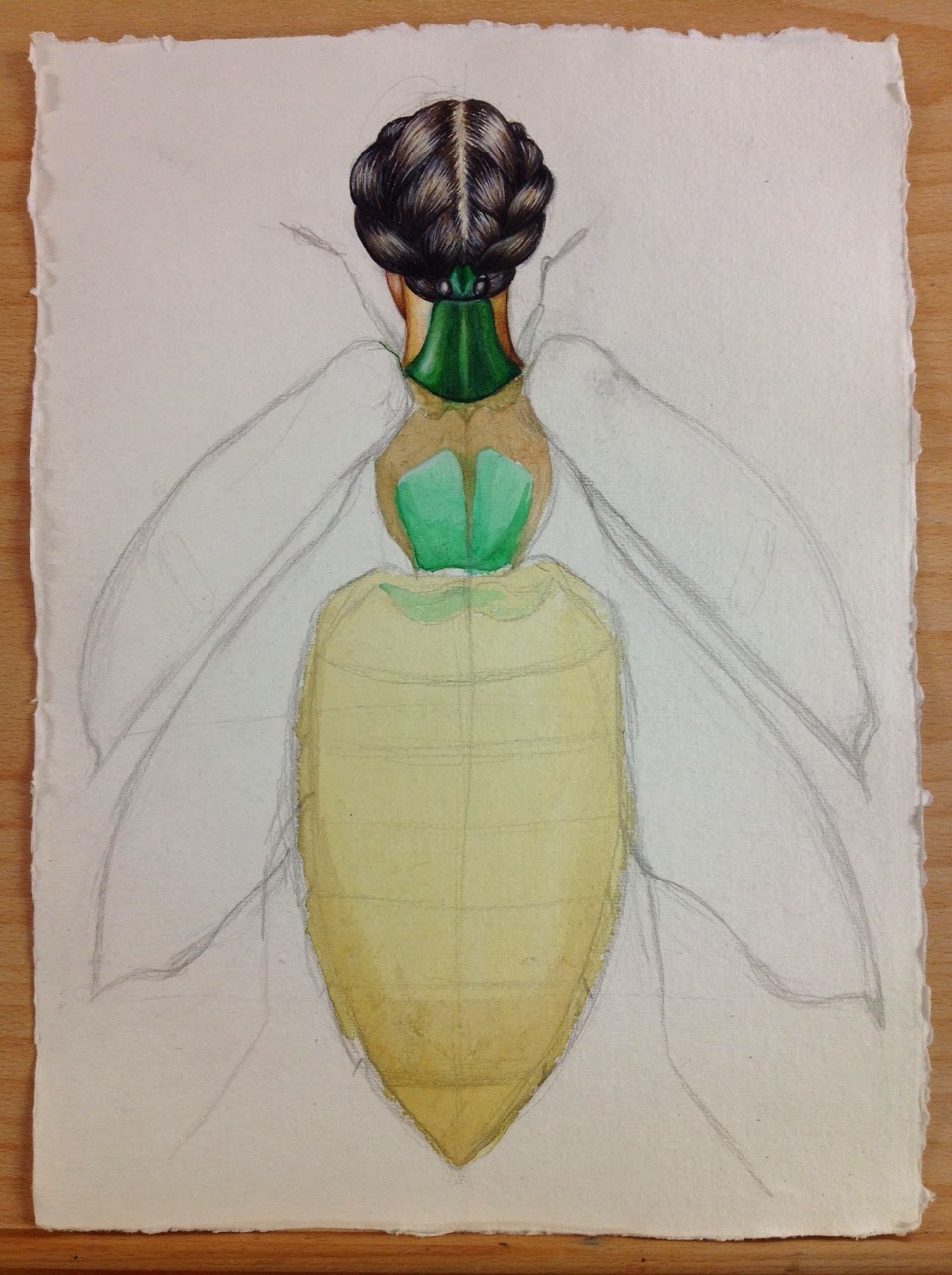 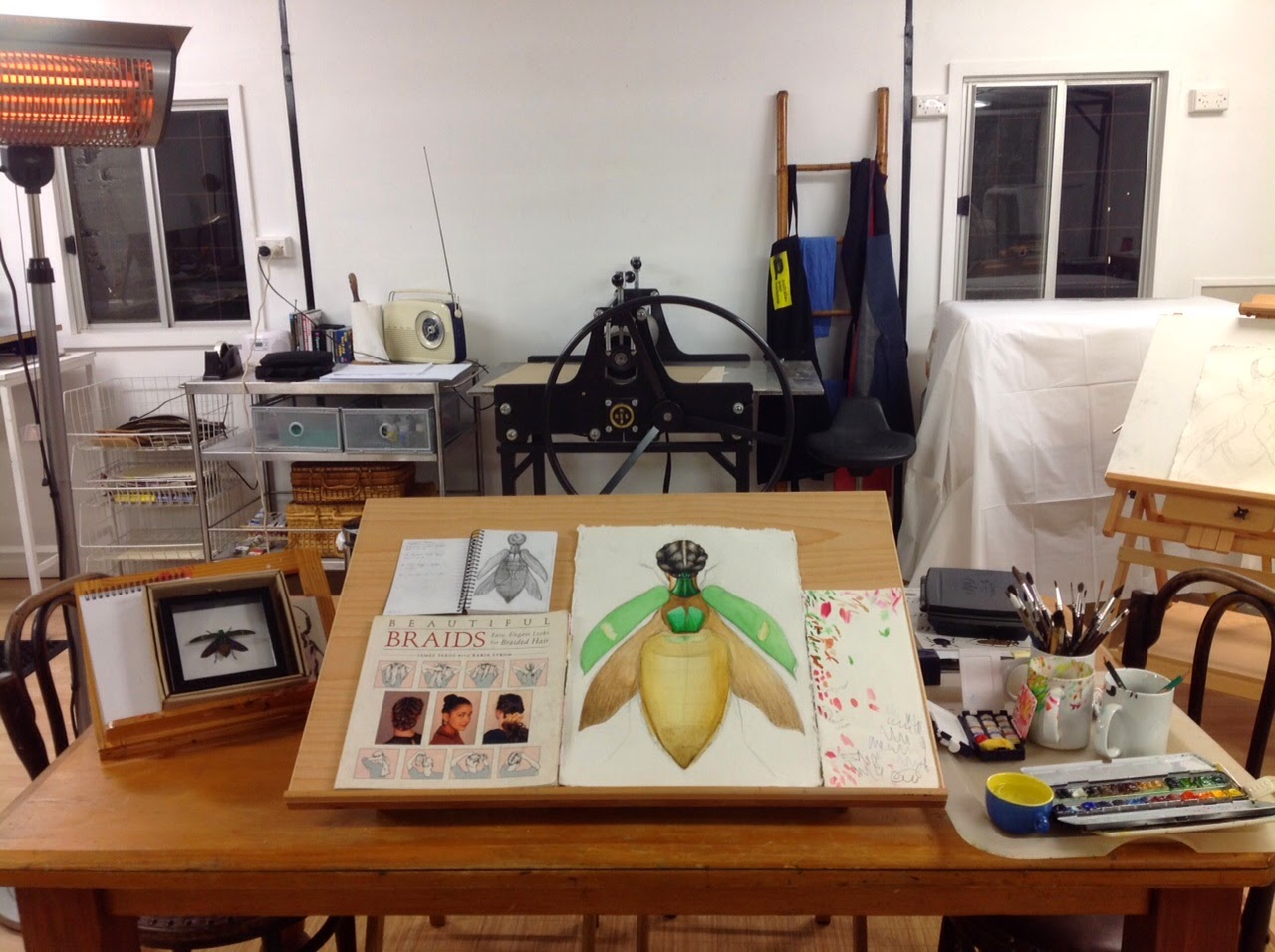 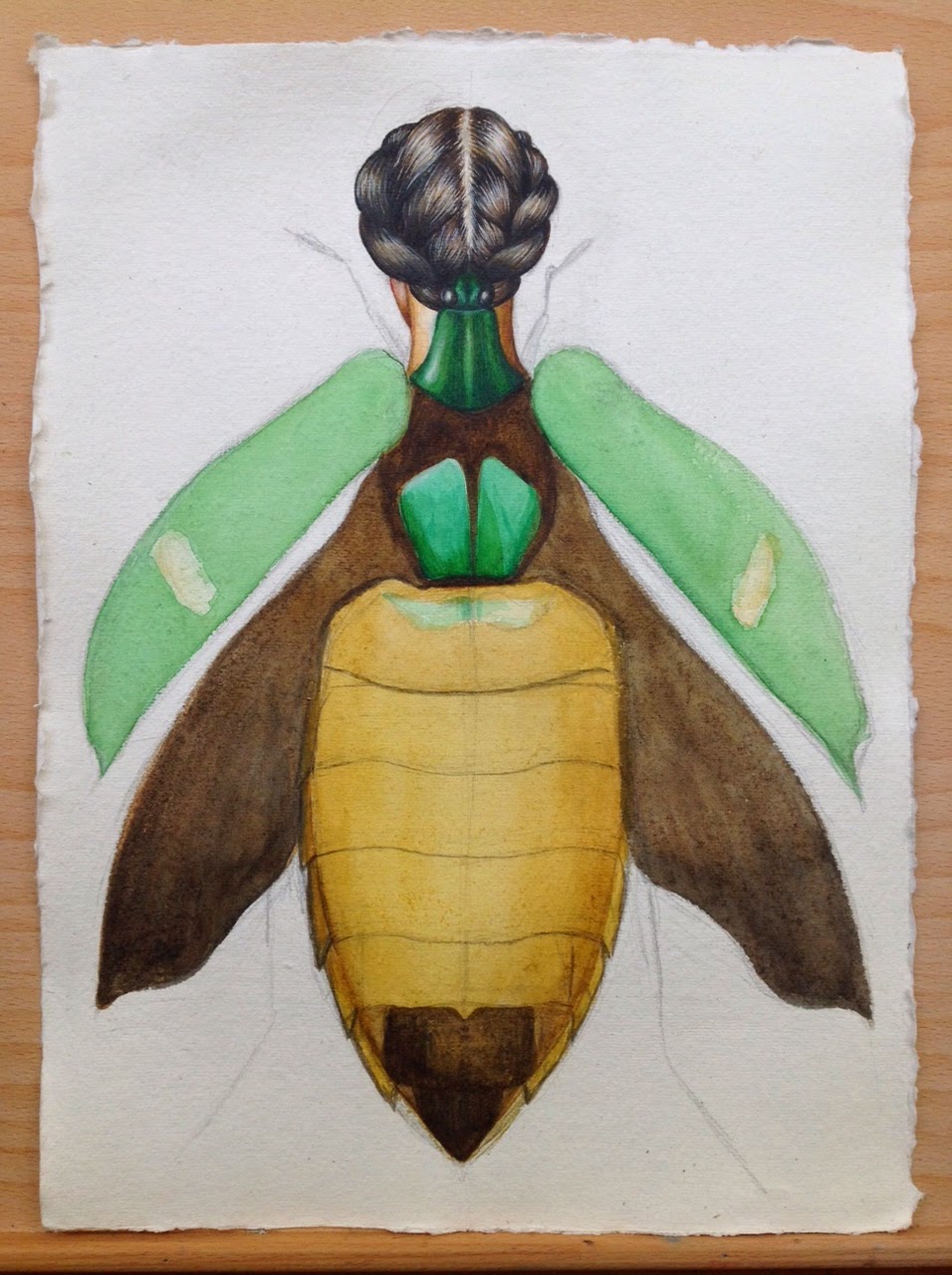 Posted by Deborah Klein at 8:17 PM


My linocut Anon, 1998, is part of the exhibition Seventh Skin, which opens on 18 June. Its premise parallels that which has long underpinned much of my own work:

Feeling ‘comfortable in one’s own skin’ is an expression that has multiple meanings in today’s age. This exhibition asks ‘Just how many layers do we present through our public face to the world?’ and ‘Exactly what is real and what is disguised or concealed?’ 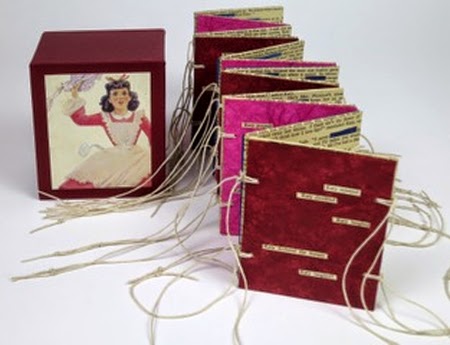 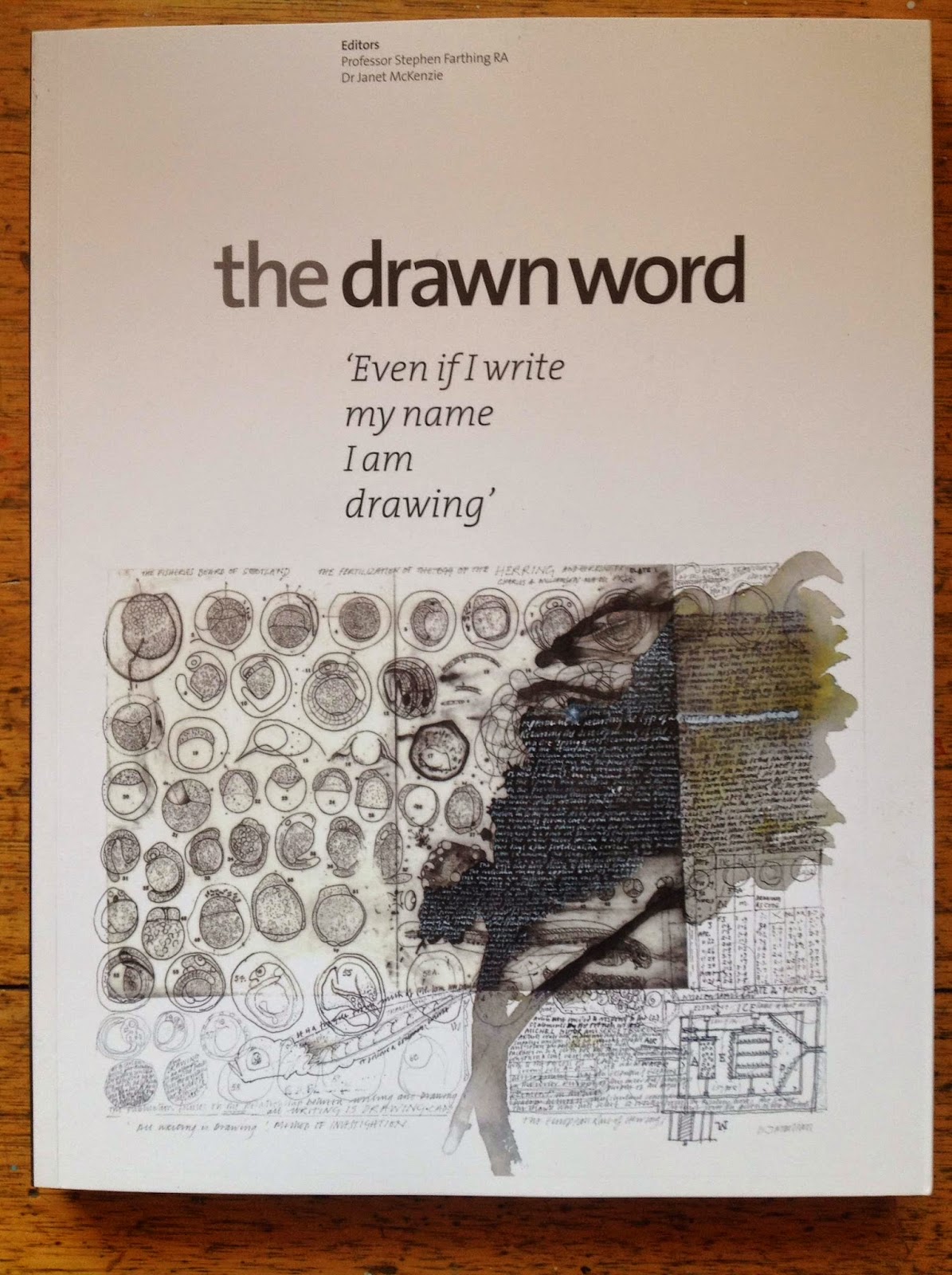 During their making you can see the strength of the relationship that exists between writing and drawing through the ease with which a trained hand will freely move between the two. That is, I suspect, because both are part of our literacy, both are tools of representation and both designed as methods of managing multidimensional matter. What separate them are alphabets, dictionaries and the way they are read.

Last Saturday afternoon Shane and I attended the opening of a superb exhibition by painters Craig Gough and Wendy Stavrianos at Langford 120 gallery.

It was also the occasion for the Australian launch of the drawn word. The publication's primary aim is to delineate the relationship between writing and drawing, expanding upon ideas originally presented at the third Drawing Out conference, University of the Arts, London in 2012. It is divided into key sections: Definition, Transmission, Application and Representation. My drawing Tattooed Text, 2012 is one of the illustrations that responds to the fifth and final chapter, All Writing is Drawing by Irene Barberis and Janet McKenzie. The artist statement that originally accompanied my drawing is quoted in the book. To read it, click HERE.

the drawn word was edited by Professor Stephen Farthing, RA and Dr Janet McKenzie and is published by Studio International and The Studio Trust, New York, NY, USA (2014).