For the last two weeks, the Art School Apartment at Geelong Grammar School was my home away from home. Yesterday evening I returned to Ballarat, but I’ll always look back on the residency as one of the happiest, most productive times I’ve ever spent, despite its relative brevity. My only criticism is that the time flew by way too fast!

The following views focus on the residency apartment, which eventually became an extension of my work space. Photo credits for the first two views: Shane Jones.

In August 2022, Shane (pictured in the third view below) will be the school’s next artist-in-residence. What a treat he has in store for him. 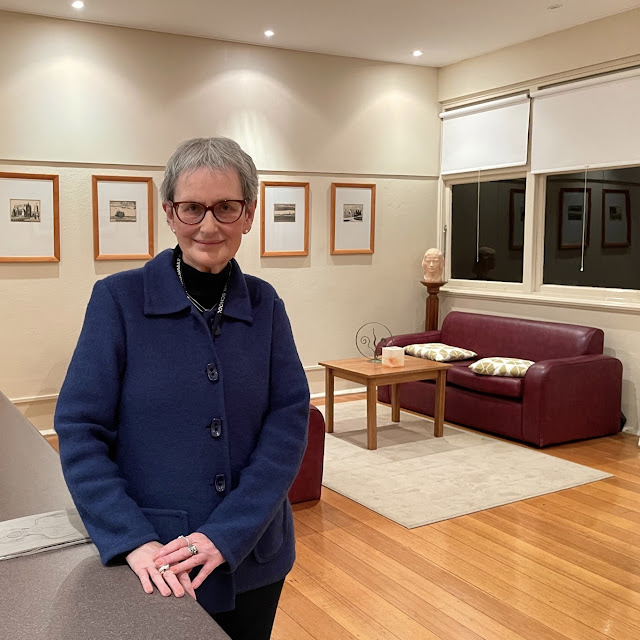 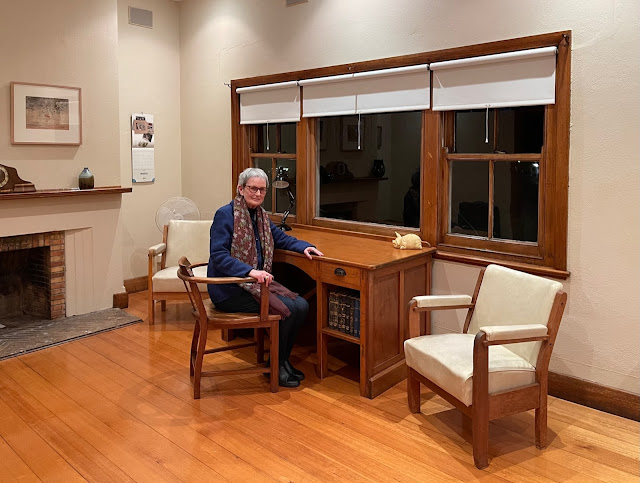 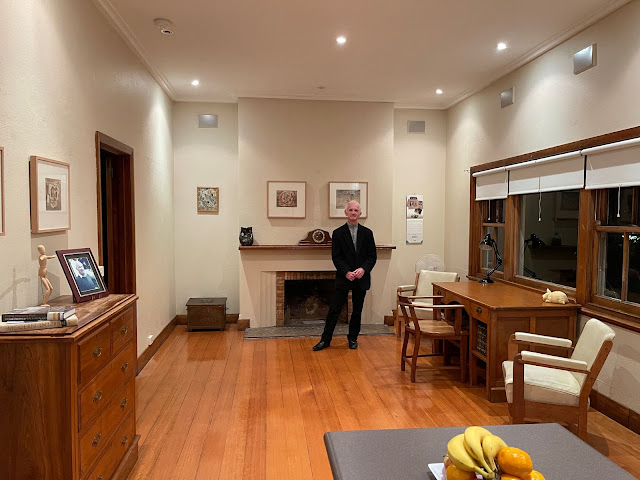 The apartment had special significance for me, as it was the residence of distinguished Bauhaus artist Ludwig Hirschfeld-Mack (1893-1965) between 1942-1957, the period he served as Art Master to the school. As an undergraduate printmaking student in the early1980s, reproductions of his woodcuts were among those I studied when I taught myself to make linocuts. It was a thrill to see several of the originals on the walls of the apartment. 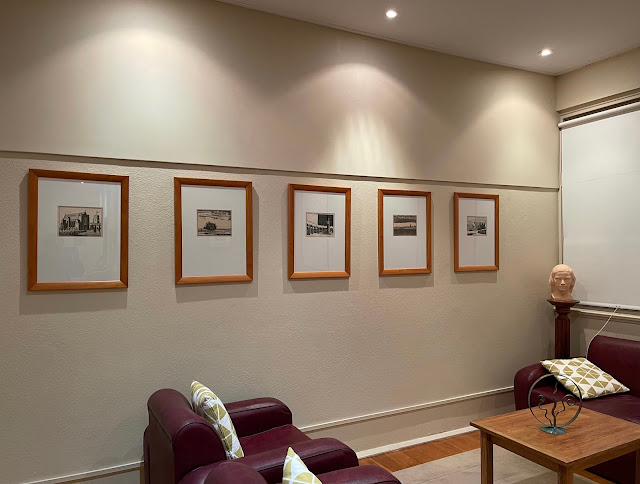 As the weather became increasingly cold, Dr Peter Bajer, Head of Visual Arts, encouraged me to work on my linocuts in the coziness of the art school flat. In the second week of the residency, when winter had really set in, I got into the habit of taking the blocks to the apartment at the end of the school day, developing my designs during the evenings and early mornings before returning to the studio. 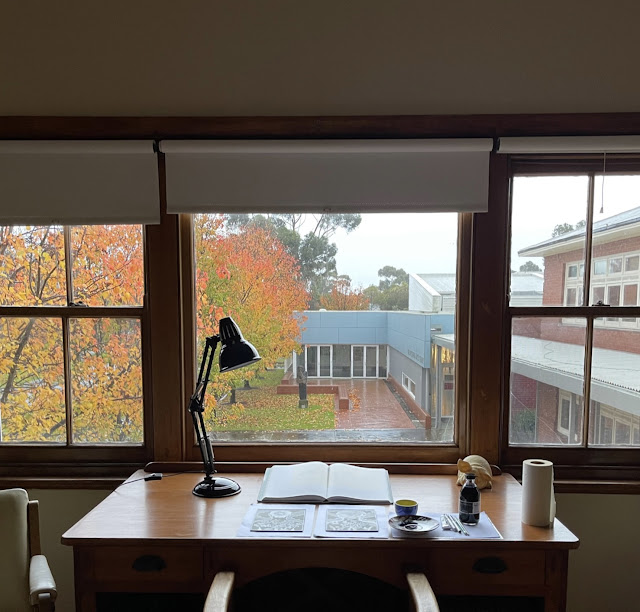 In recent years, I’ve been investigating the work of Arts and Crafts Movement artist, designer and educator, May Morris (1862-1938). My protagonists’ body decorations (see below) are based on details from The Heavens Declare…, a panel designed and embroidered by Morris in the first decade of the last century (exact date unknown). 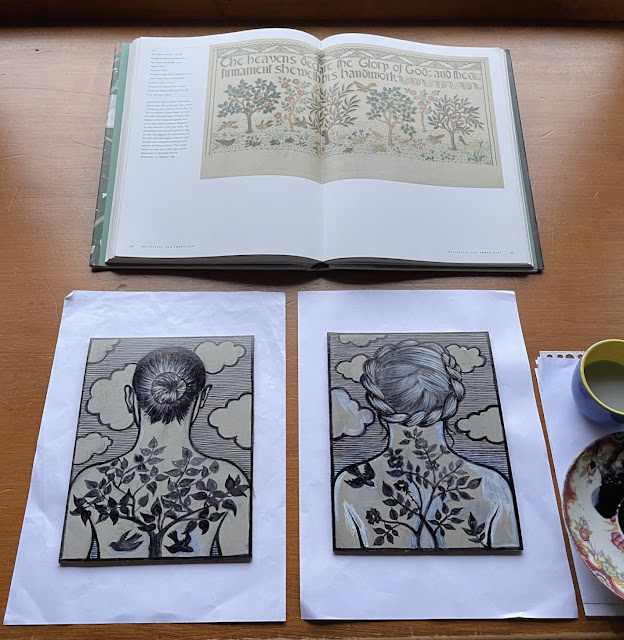 Below: the lino blocks ready for carving. 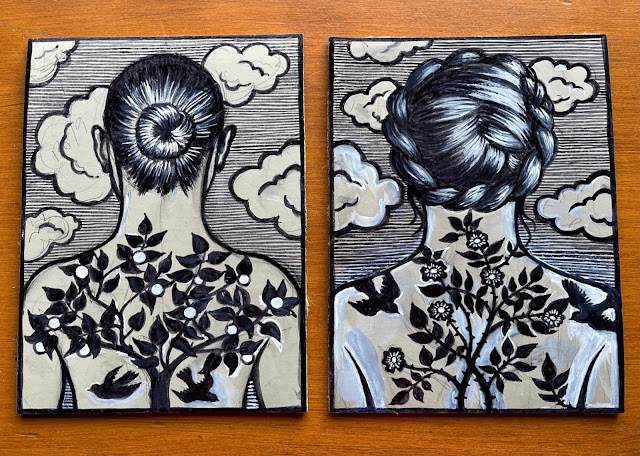 Further details of this project and the residency will feature in future posts.

Posted by Deborah Klein at 5:20 PM