In 2009 a group of Australian women artists were invited by artist Gali Weiss to participate in a project that highlighted the plight of women in Afghanistan who had been denied the basic human right of an education. The project was intended to support them and SAWA (Support Association for the Women of Afghanistan.) Pictured above is the book Women with Wings, in which my linocuts are accompanied by a powerful and moving text by Majabeen. To read her story and learn about an exciting development in the project, visit Moth Woman Press HERE.
Posted by Deborah Klein at 9:11 AM 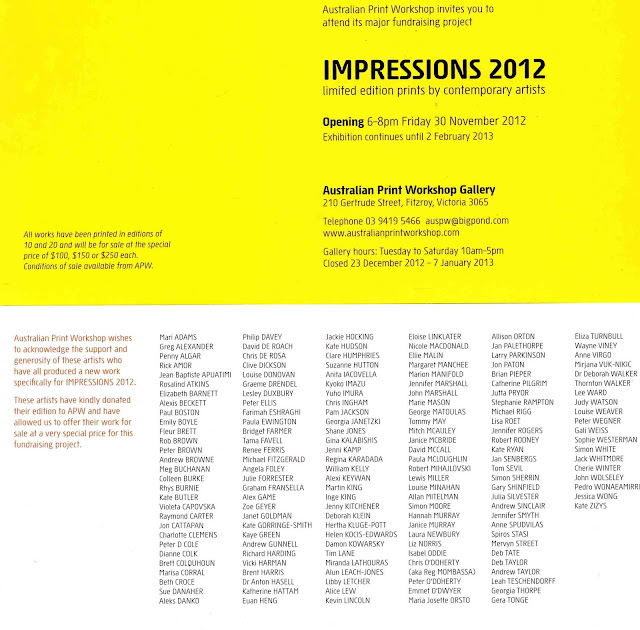 IMPRESSIONS 2012 opens on November 30. As usual, some fantastic artists have lent their support (see above ).

I really enjoy this event. It gives me a chance to catch up with other printmakers, many of whom I haven't seen all year, especially as I'm in Ballarat so much these days.

My linocut Four Eyes, pictured left, was made for IMPRESSIONS 2012. (For more about this work, scroll down to Blog Post October 19).
Posted by Deborah Klein at 8:41 AM


As promised in my previous post, here is a reproduction of Corporeal/Ethereal, my linocut for Rona Green’s Corporeal.

Although it didn't directly inspire this image, I found much of what I wanted to express about body/spirit dichotomy reflected in a song lyric by Dory Previn. Here is a fragment:

Previn, a superb, shamefully underrated American singer/songwriter died earlier this year. I still treasure the memory of her concert at London’s Albert Hall in the 1970s. This work is respectfully dedicated to her memory.

The twenty-three Corporeal artists are:

Warmest thanks to Rona Green for instigating this challenging and rewarding project which I’m so proud to be part of, and to Andrew Gunnell for printing the edition of Corporeal/Ethereal.

Corporeal will be exhibited at Geelong Gallery, Victoria, during February-May 2013. Based on the works Rona showed me yesterday in her studio, it's going to be an impressive show. (Full details TBA nearer the time.)
Posted by Deborah Klein at 10:15 AM 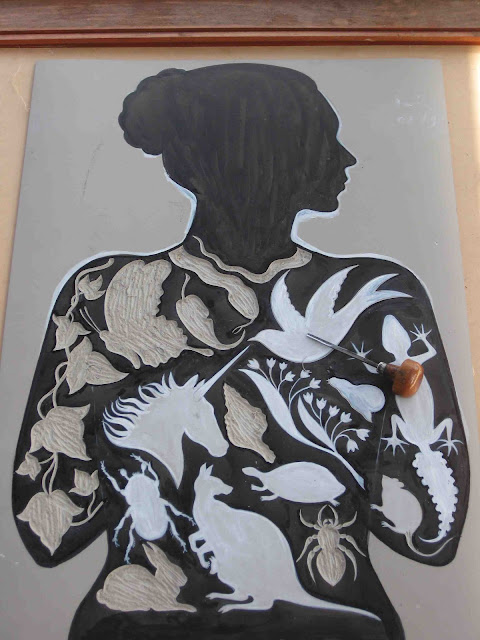 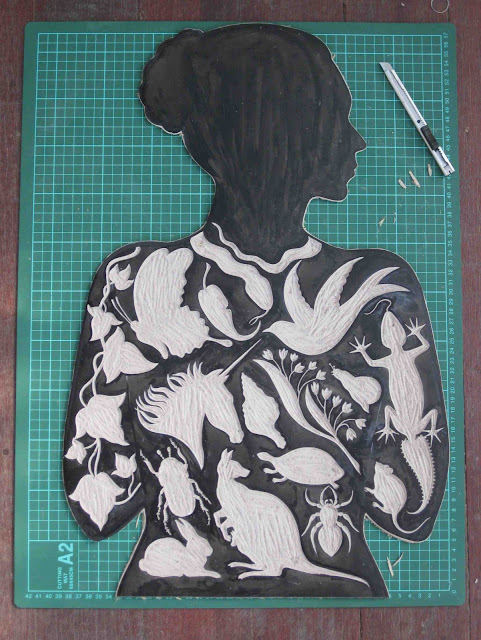