Memories of MIFFS Past 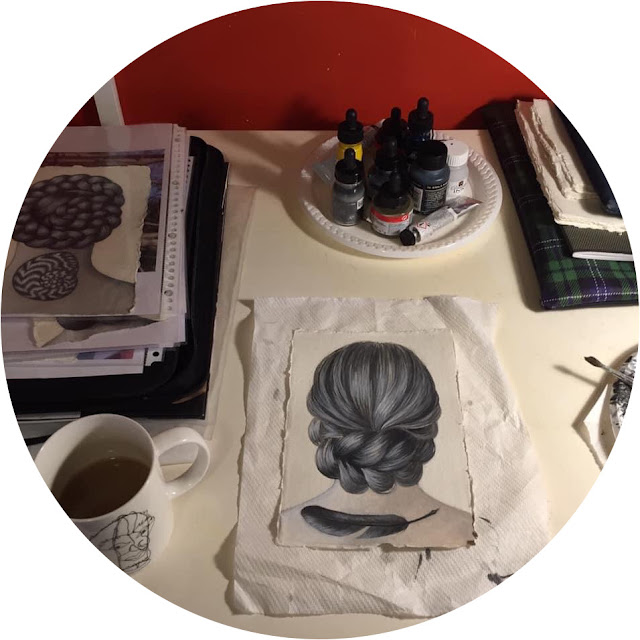 Yesterday this photo (shared via Instagram) came up as a Facebook memory. Two years and one day ago I was based in a small hotel room in Melbourne for the duration of the 2019 Melbourne International Film Festival. In between screenings I worked on several of the drawings that are now part of BACKSTORIES, my show at Stephen McLaughlan Gallery (currently in lockdown). Somewhere along the way, Scribe, the drawing on the worktable, was renamed Feather Tattoo. I think I prefer its former title.

Scribe, the drawing currently on my worktable, anticipated one of yesterday’s MIFF 2019  films, THE JUNIPER TREE (Dir. Nietzchka Keene, 1986), a dark medieval fantasy based on a tale collected by the Brothers Grimm. In the guise of a raven, the dead mother of a boy, Jónas, brings him a magical feather. The recently restored film is graced by a luminous central performance from Björk, as the boy’s stepsister, Margit.

Posted by Deborah Klein at 1:13 PM