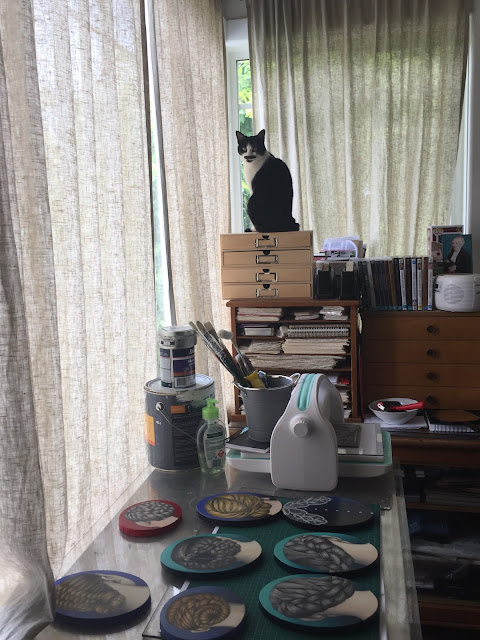 Under the steely gaze of Alice, life in the studio continues at a measured pace. The photos above and below were taken roughly a fortnight apart, as the increasingly crowded bench top attests. When not in use for printmaking, the worktop frequently overlooked by beady-eyed Alice doubles as a repository for current paintings in various stages of progress. In the final photo below, I’ve singled out one of them. Initially the work was intended to comprise a single panel, but after some consideration, it was extended into a diptych. My next post will focus on key stages of its subsequent development.

A favourite painter of mine is Hans Holbein the Younger and the palette of this work, notably the blue-green background, was influenced by three of his works I particularly admire. Postcards of two of them, Portrait of a Lady with a Squirrel and a Starling and Portrait of a Young Woman, collected during the years we could still travel, are propped up on the drawers to the right of Alice’s lookout. These portraits and Christina of Denmark, the third of Holbein’s works I’ve lately revisited, if only from a distance, will be discussed in more detail in my following post. Click on individual images for a clearer view. 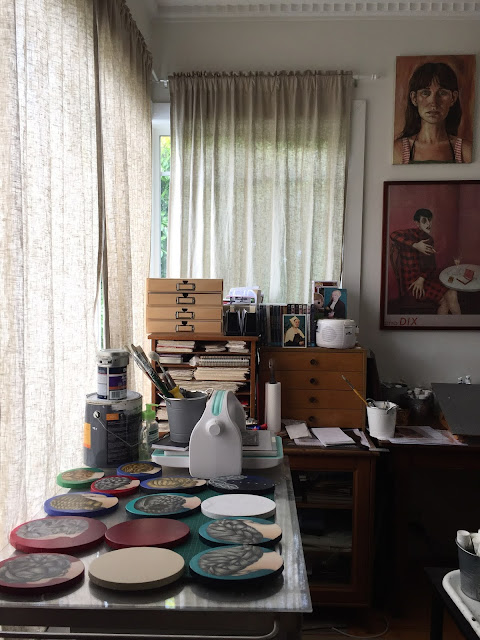 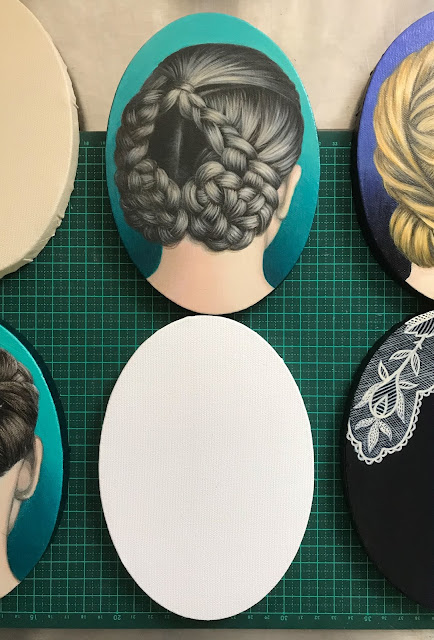 Posted by Deborah Klein at 8:22 AM