Some more great news for THE BIG KITTY. It has just garnered its first award - Best Trailer in Another Hole in the Head - the San Francisco Virtual Film Festival 2020. 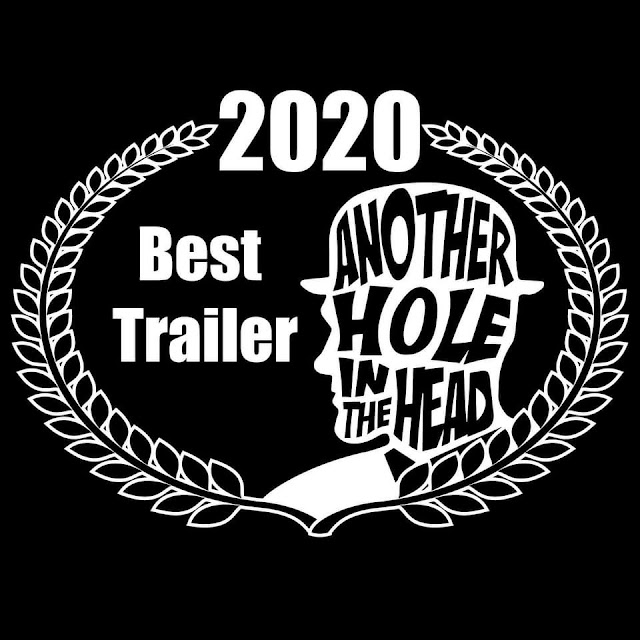 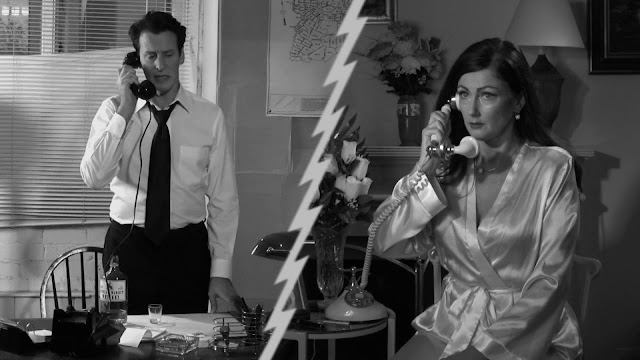 Hearty congratulations to THE BIG KITTY filmmakers and stars Tom Alberts and Lisa Barmby, pictured above.
Pictured below: a screen shot of me in the supporting role of fortune teller Madame F. Tom and Lisa made the majority of costumes for the film, including my magnificent sequinned turban. Seemingly the vintage black crepe dress, with its diagonal panel of hand-sewn stars and moons, was tailor-made for the role too. In fact, it’s from my own collection; I bought the dress several years before THE BIG KITTY was even conceived. I had never worn it, however, and wondered why I was bothering to hang onto it. Some things, it appears, are written in the stars. 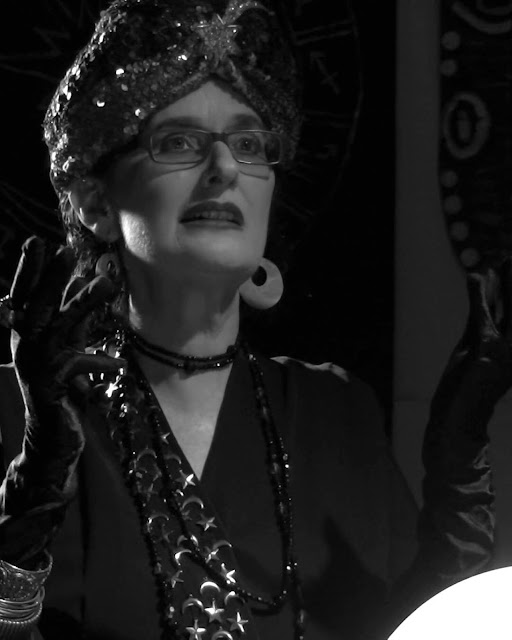 THE BIG KITTY will screen at the Paris International Film Festival, which runs from 4 - 14 February. For a preview of the film by John Higgins of FILM AND TV NOW, including a link to the prizewinning trailer, go HERE.
Photo credits: Tom Alberts and Lisa Barmby.
Posted by Deborah Klein at 2:22 PM