Back to the Present

Welcome to my Art blog, to 2014 and what I hope will be a marvellous year for all of us. 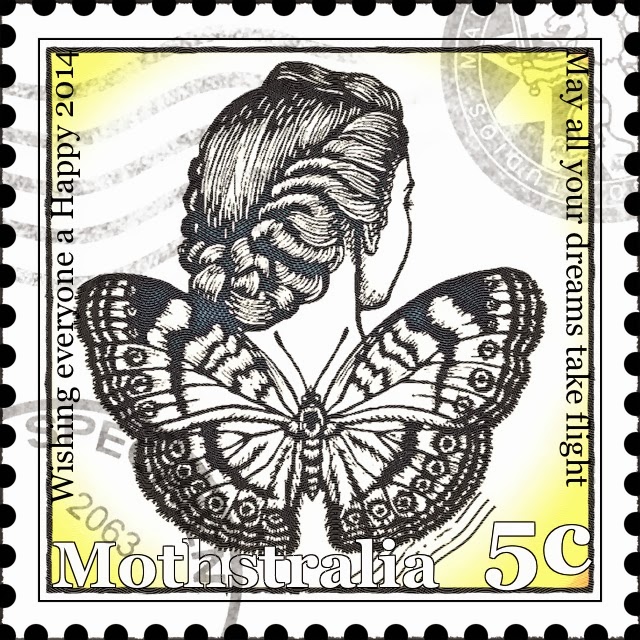 But before launching into a busy year (despite my best laid plans, it's already shaping up to be another one of those) I thought it important to pause momentarily and consider just some of the events that for me made 2013 a standout, that fed my work because they fed my spirit.*

DRIVING MISS DAISY
Back in April at the Comedy Theatre in Melbourne, Driving Miss Daisy with Angela Lansbury, James Earl Jones and Boyd Gaines gifted us with some of the most superlative acting I’ve ever experienced. Over the years I’ve been privileged to see some mighty fine theatre, not just in Melbourne, but in London and New York; this was one of a handful of occasions on which I witnessed true greatness.
http://www.smh.com.au/entertainment/theatre/driving-miss-daisy-20130407-2hes3.html 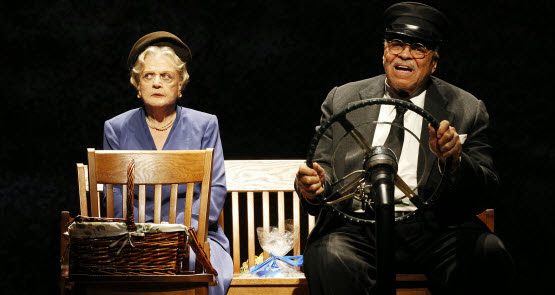 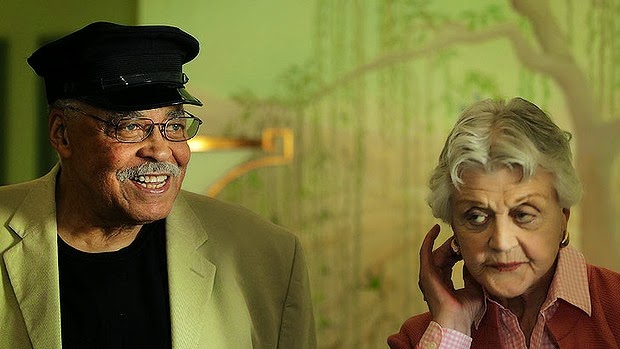 WEIMAR CABARET
I never again expected to see anything remotely as fine in live theatre, but only a few weeks later Barry Humphries’s Weimar Cabaret opened at Melbourne’s Hamer Hall. The Australian Chamber Orchestra, cabaret singer Meow-Meow and Humphries himself brilliantly performed music from Weimar Germany, much of it heard for the first time in Australia.
http://www.theage.com.au/entertainment/musicals/weimar-cabaret-20130506-2j3l6.html?gclid=COqftpmX5rsCFUshpQod2UgAgw 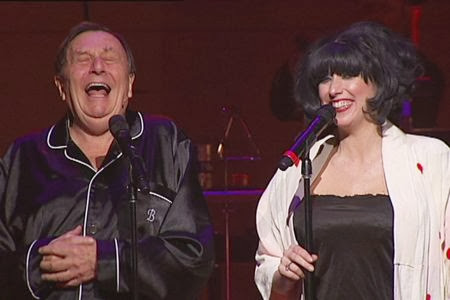 TOULOUSE-LAUTREC: PARIS AND THE MOULIN ROUGE
Since childhood, Henri de Toulouse-Lautrec has been one of my favourite artists. So completely wrapped up in his work was I, it took me years to discover how shamefully underrated he is. Toulouse-Lautrec: Paris and the Moulin Rouge, for which we traveled to the Australian National Gallery in Canberra, was another of 2013’s highlights. For the many who associated him solely with those (admittedly superb and ground-breaking) lithographic posters, it also showcased what a brilliant - and extraordinary prolific - painter and drawer he was.
http://www.museetoulouselautrec.net/home-en.html 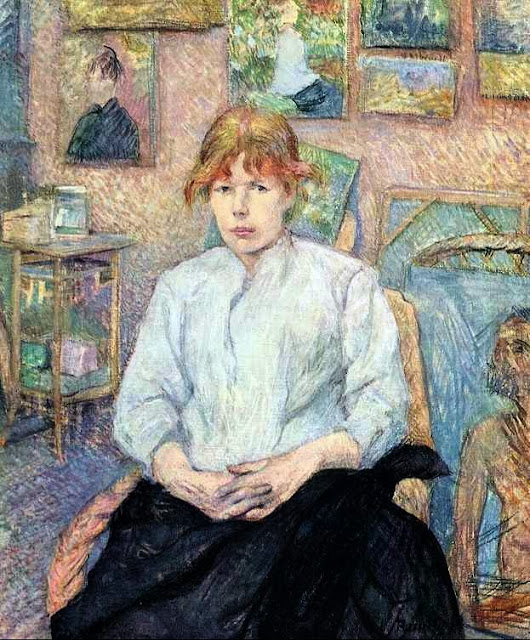 Pictured above: La rousse au caraco blanc [The redhead in a white blouse] [Carmen Gaudin in the artist’s studio] 1887 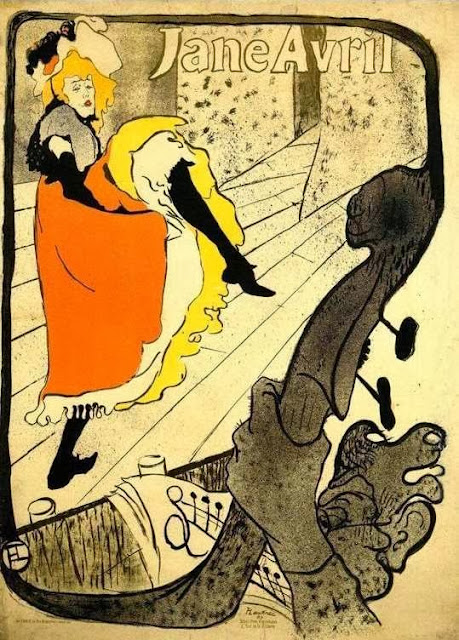 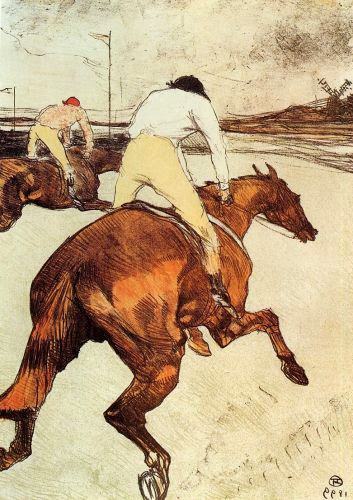 BLACK CAVIAR
In what was a singularly trying year in Australia - with the certainty of worse to follow in 2014 – it took something pretty damn special to take our minds off our troubles, if only for awhile. Meeting the retiring champion racehorse Black Caviar at her farewell appearance at Caulfield Racecourse rates as highly as any of the other events listed here. Like several artists, including Lucian Freud, Edgar Degas, Alfred Munnings, George Stubbs and the abovementioned Toulouse-Lautrec, equine subjects have significantly figured in my partner Shane Jones’s work. He has been following Black Caviar’s illustrious career for a long time and has even painted her. Meeting her for the first time was an inestimable treat for me and getting so unexpectedly up close and personal was an unexpected surprise and a first for both of us. We were completely besotted and stayed for hours. Seldom in my life have I met such a gentle, patient, intelligent, laid-back animal. Clearly she loves people every bit as much as they love her. 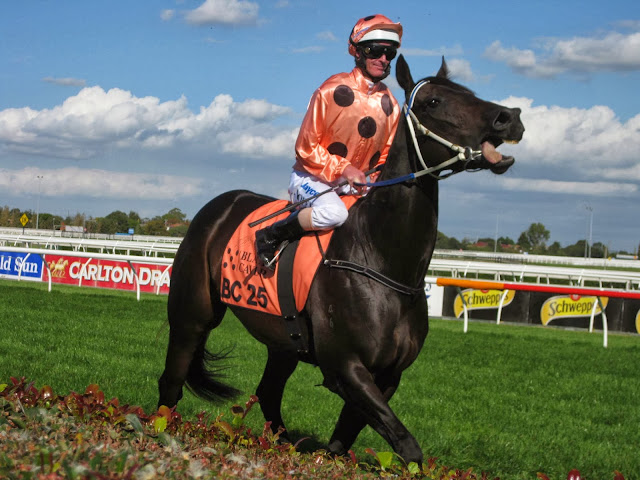 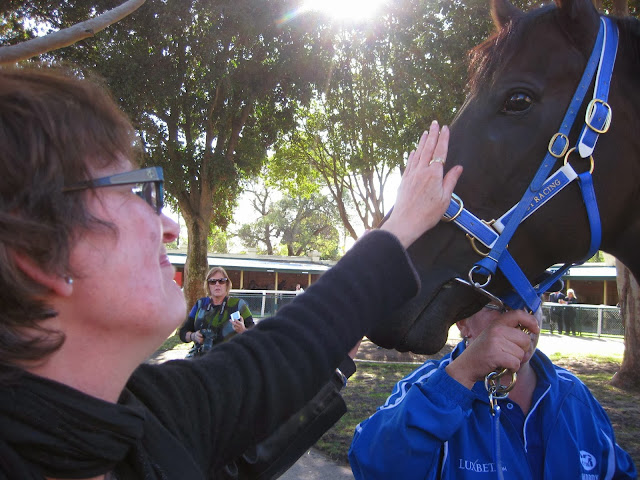 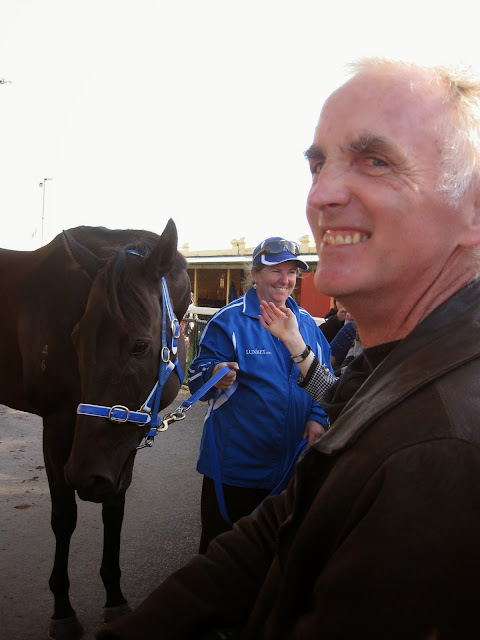 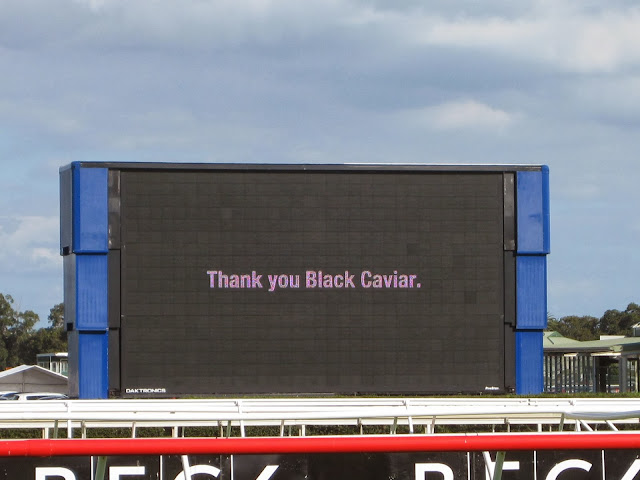 EINSTEIN ON THE BEACH and SUNDAY IN THE PARK WITH GEORGE
Back in the theatre, Victorian Opera enchanted us with Robert Wilson and Phillip Glass’s Einstein on the Beach. The infamous five hours running time (with no interval and no discernible plot) passed in the blinking of an eye.
http://www.melbournereview.com.au/arts/article/einstein-on-the-beach 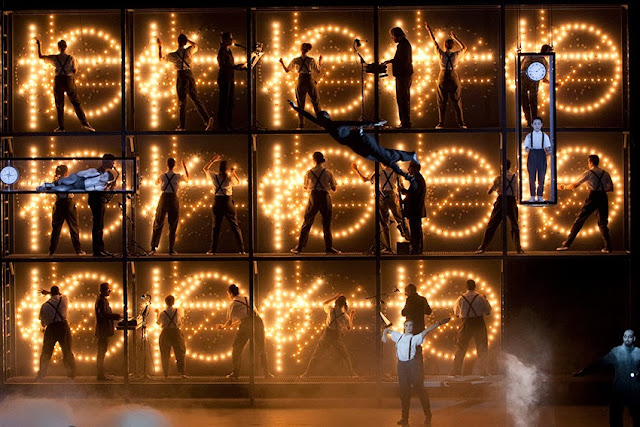 The same company’s exquisite production of Stephen Sondheim’s Sunday in the Park with George was by far the best version I’ve ever seen.
http://www.victorianopera.com.au/what-s-on/2013-past-productions/sunday/ 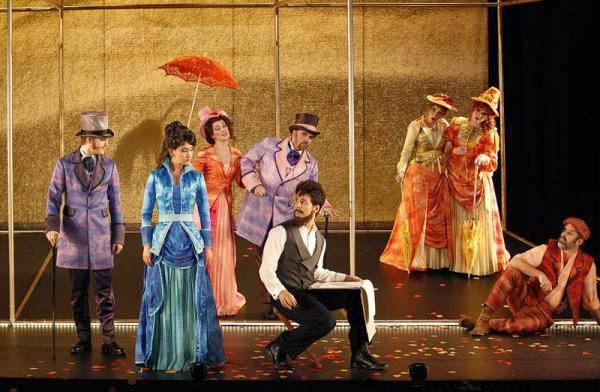 MERRILY WE ROLL ALONG
At Melbourne’s Kino Cinema we saw a filmed version of the celebrated West End revival of Stephen Sondheim’s Merrily We Roll Along. I was extremely disappointed to miss out on seeing this production live in the West End when I postponed a planned trip to London. But this was the next best thing – dynamically filmed, with stunning performances, and a scintillating libretto that was all the more poignant for starting at the end and tracing the three protagonists’ stories backwards to the beginning of their friendship. Sondheim’s score, of course, was utterly sublime; several times I was moved to tears.

There was something disconcertingly familiar about the leading female character, Mary. When I recalled that the musical was based on a 1934 play by George S. Kaufman and Moss Hart, the penny dropped. I was almost certain that Kaufman and Hart had used their fellow writer and Algonquin Round Table Member, Dorothy Parker as a partial basis for Mary's flawed, but fabulous character, which a little research subsequently confirmed. That really made my day.
http://www.broadwayworld.com/westend/article/BWW-Reviews-UK-Film-Premiere-Of-MERRILY-WE-ROLL-ALONG-Cineworld-Haymarket-October-22-2013-20131022 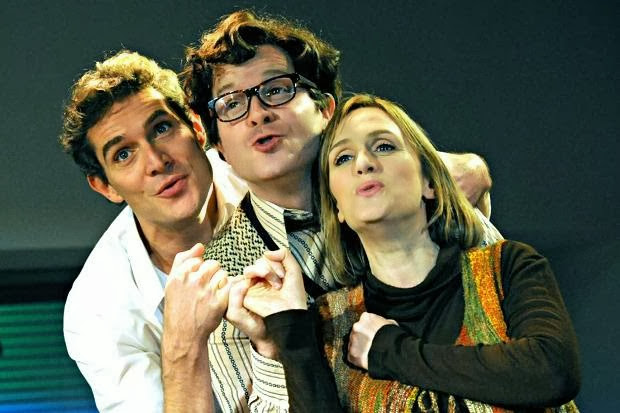 *The above list is by no means inclusive; it does not include highlights already covered in previous blog posts.
Posted by Deborah Klein at 5:52 PM