Return to the Royal Melbourne Show 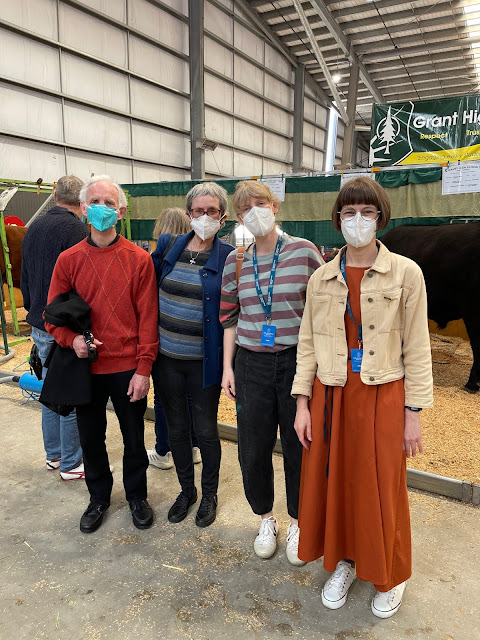 Shane Jones and I had an absolute ball with our friends Gracia Haby and Louise Jennison back on Thursday, 22 September, the first day of our first Royal Melbourne Show in three years.

It seemed half of Melbourne had the same idea; apparently this was the first time in history that it completely sold out. 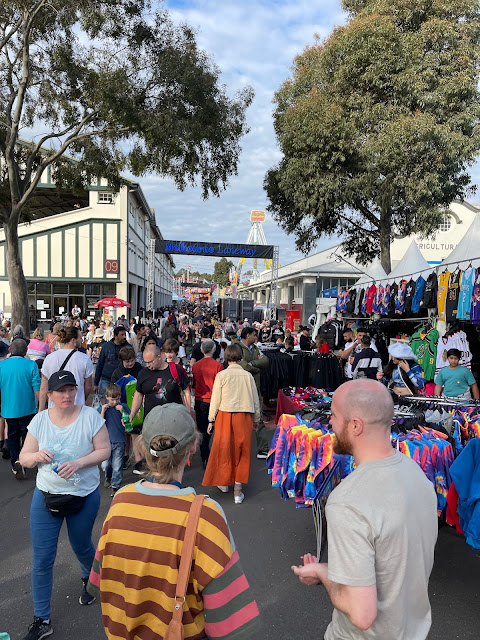 Several years ago, Gracia and Louise took over from Shane and I as judges of the Painting and Printmaking Prizes, and we were there as their guests. 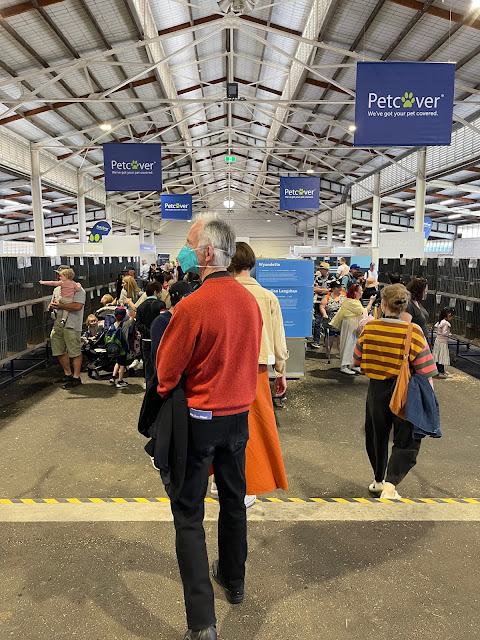 The new Makers’ Pavilion was a joy. The following views show a mere fraction of its many and varied delights. 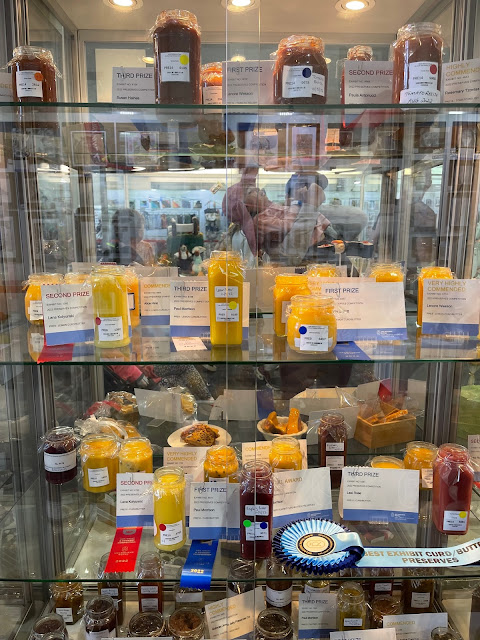 It was terrific meeting artist-in-residence Jackie Jackson of Jax Studio Melbourne, whose stand was a highlight, especially for lovers of printmaking. 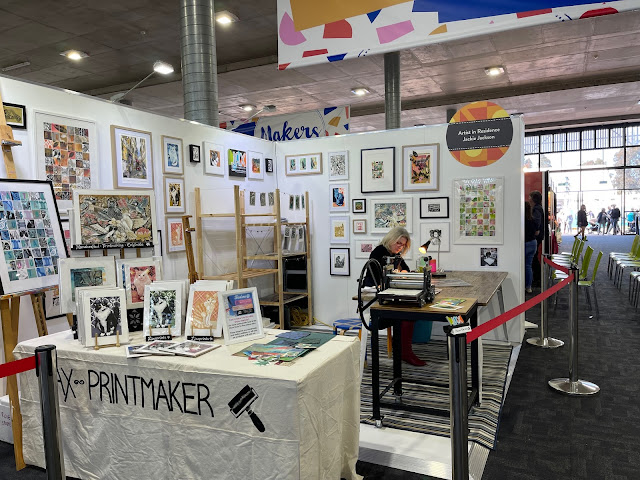 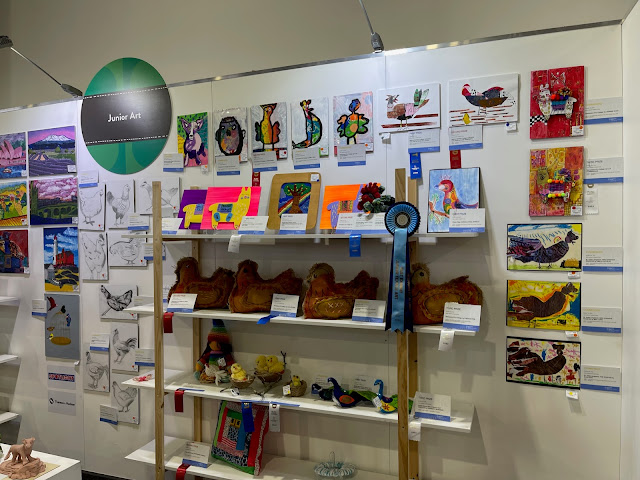 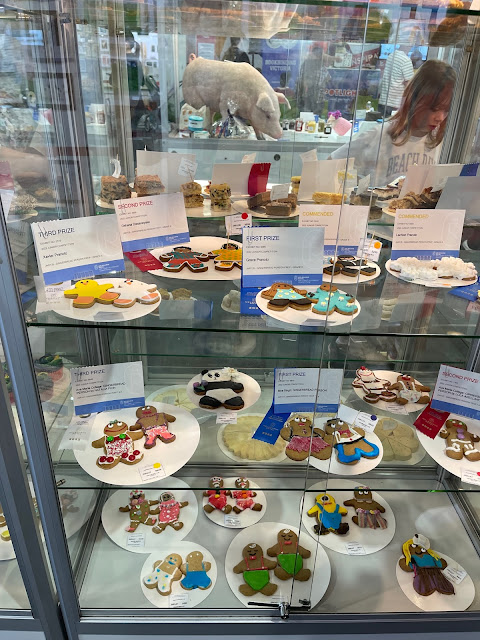 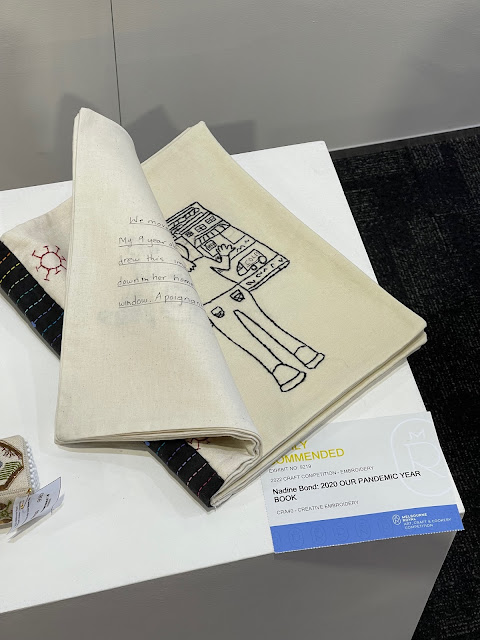 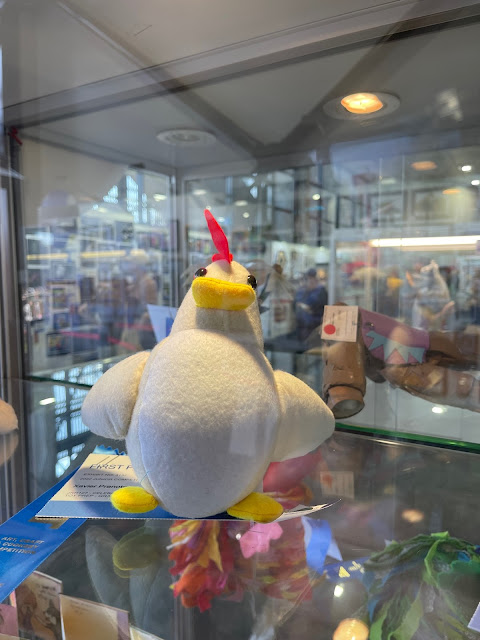 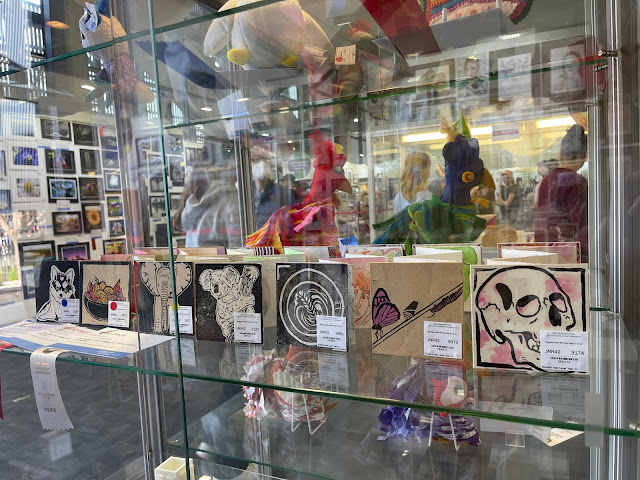 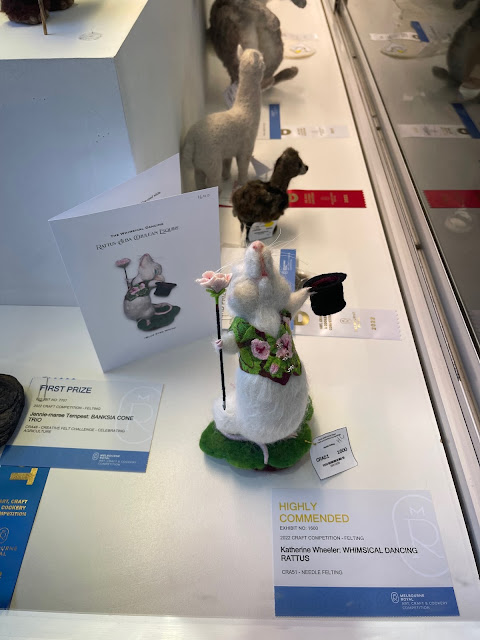 The animals are always high on our list of favourites. 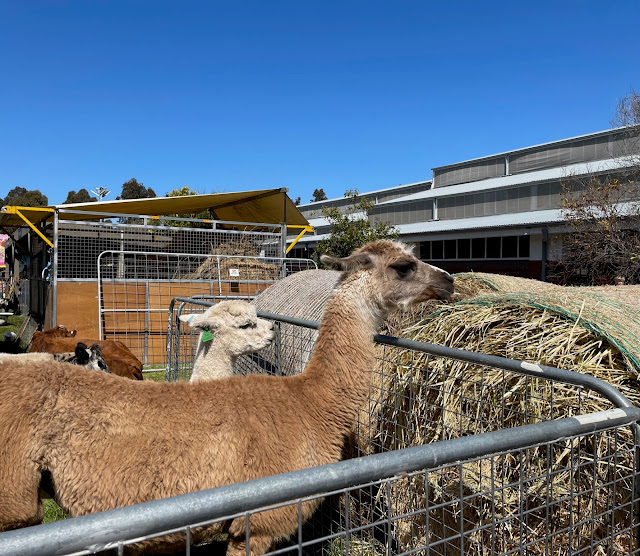 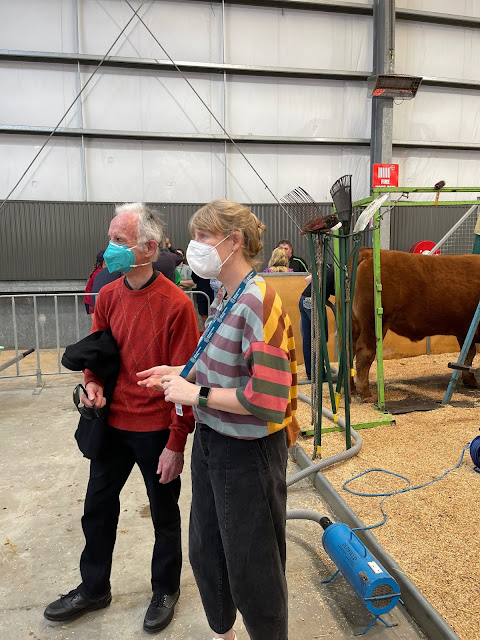 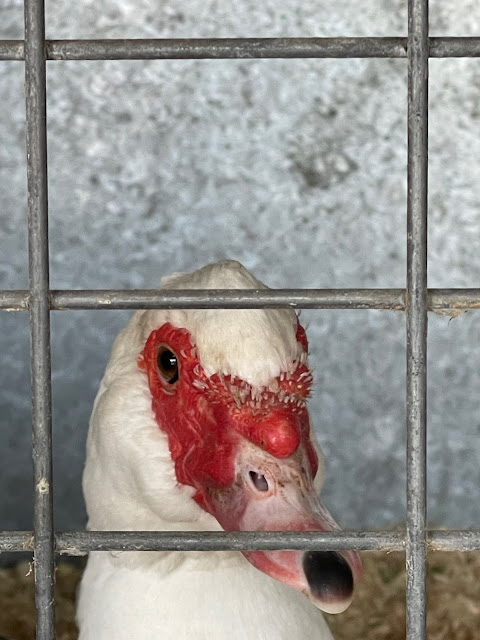 This was the first time I’ve seen a display of eggs, and these were spectacular. 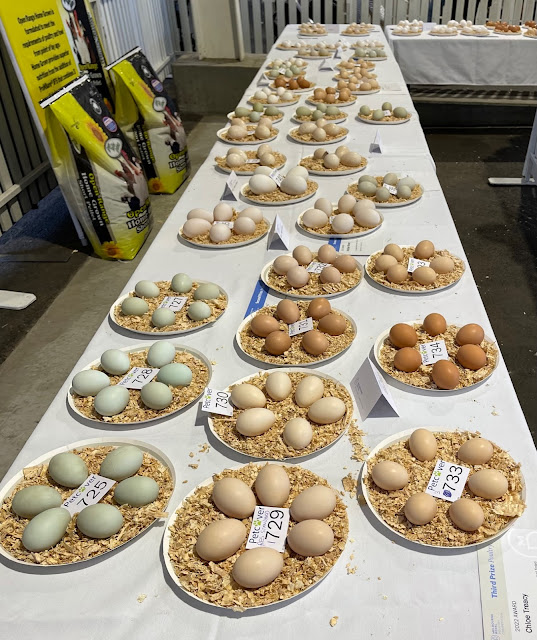 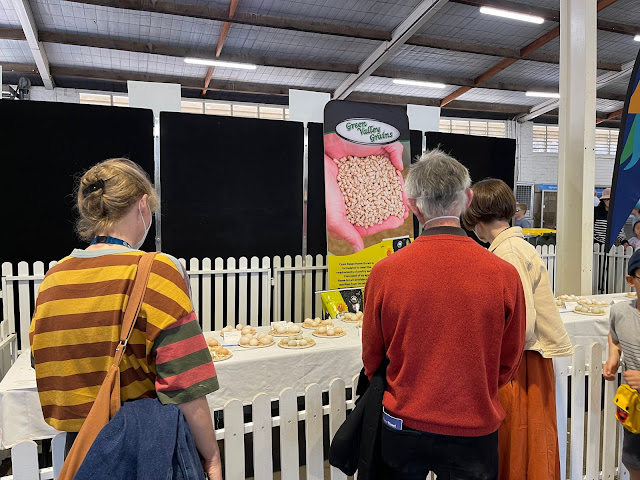 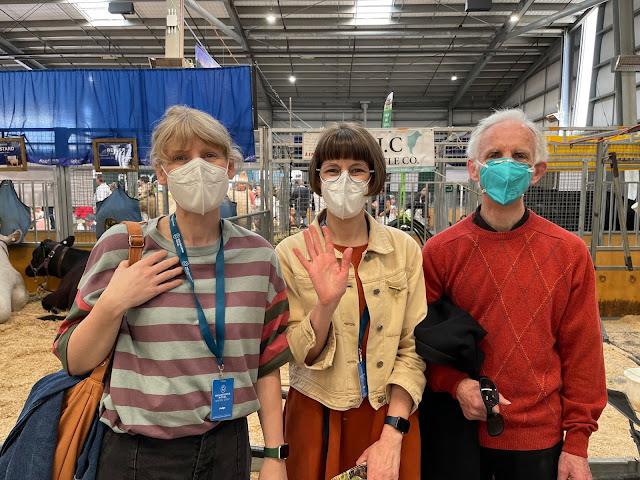 In May 2021, we lost our dear friend, Jill Kellett, and the world hasn’t been quite the same since. Jill was a huge fan of the Royal Melbourne Show, and sometimes visited as many as four times each year. At her memorial lunch, Louise, Gracia, Shane and I made a pact to toast her memory at the next Show. Who knew we would have to wait so long to do so?
Jill is pictured below, snapped at the vintage show bags exhibit in the 2018 Royal Melbourne Show. The 2019 Show was the last one before the pandemic and the last we would spend together. 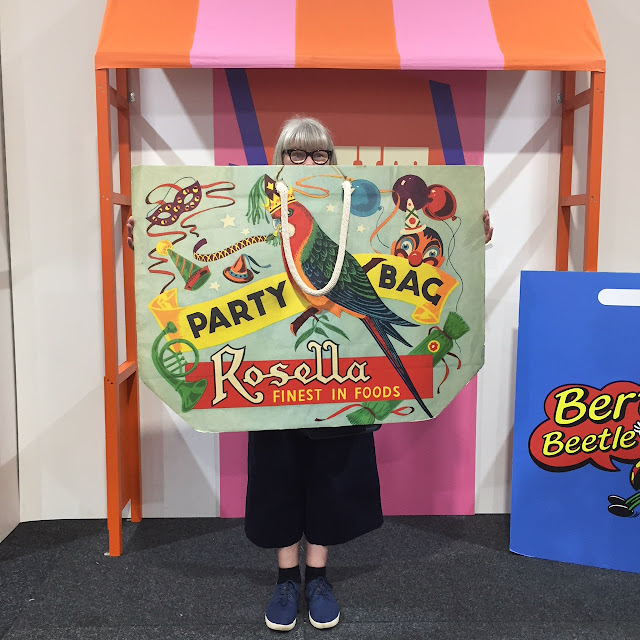 (As a rule, Jill disliked being photographed, but the oversized replica of a vintage show bag offered enough cover for her to be comfortable with this shot).
We were unable to dine at the posh Showgrounds restaurant this year, but chips and potato cakes in the dining hall were just as much fun, if not more so. I’m sure Jill would have loved it too.
Pictured below: arrival of the splendid G&L Chip and Potato Cake Brigade. 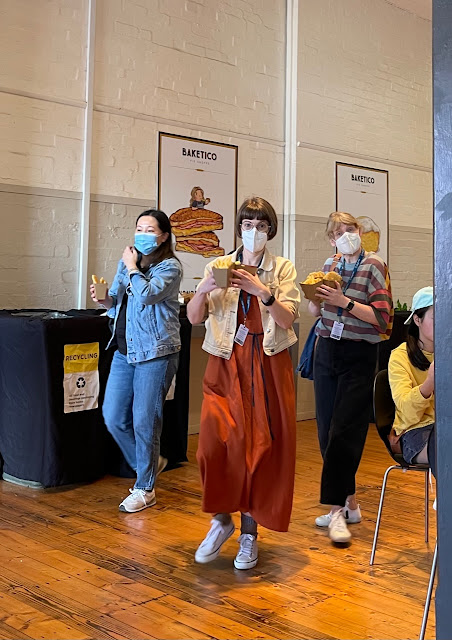 Afterwards, it was back to the fairgrounds, including more animals, and a return to the Makers’ Pavilion. 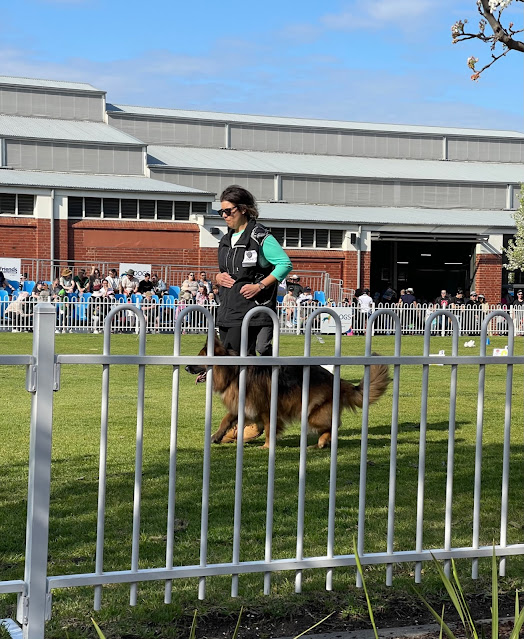 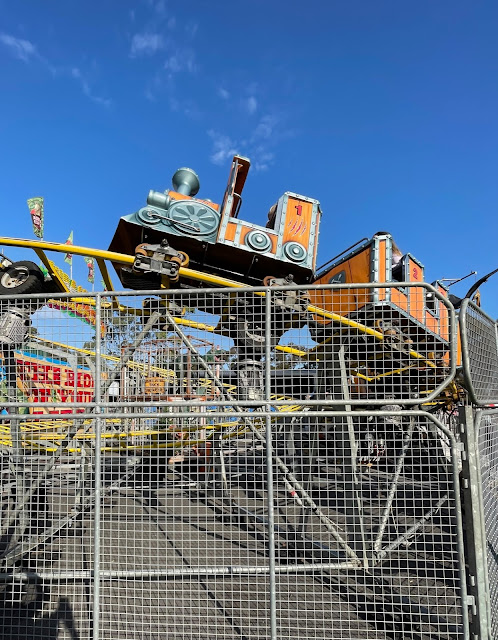 Heartiest congratulations to Alistair Fowler for taking out First Prize and Best in Show (Ceramics) - for his beautiful work, Moss the Pony. We were thrilled for him. Alistair is the younger brother of Jill Kellett. She would have been completely over the moon. 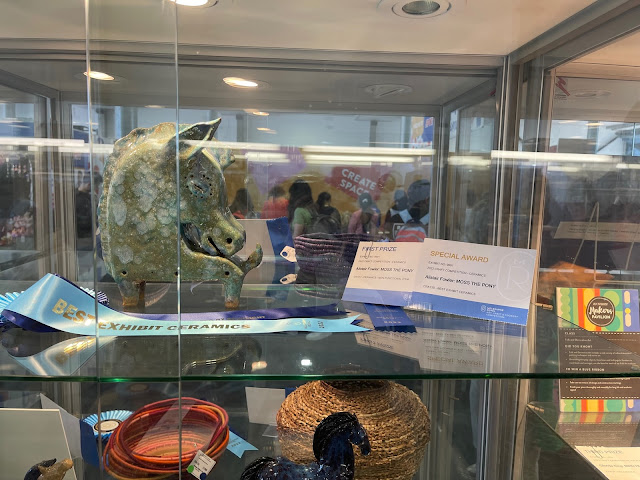 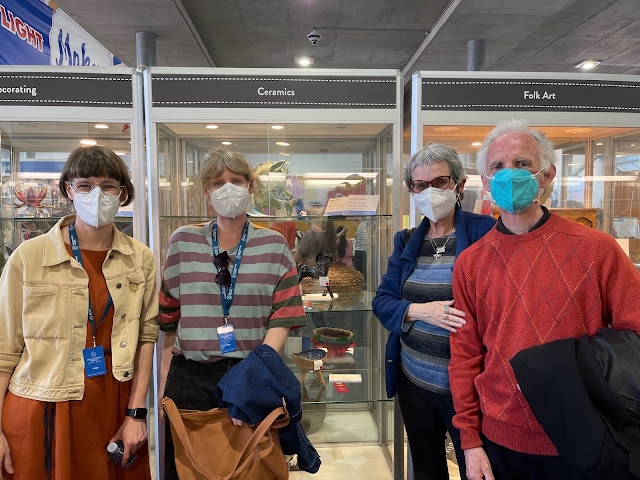 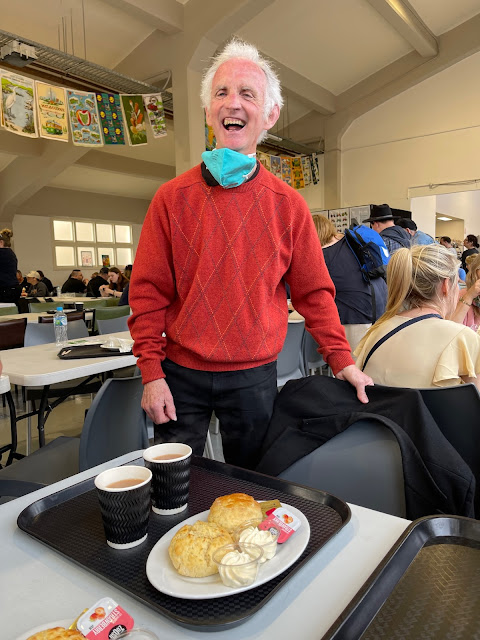 For Shane and I, it was a particularly delightful surprise seeing our sister-in-law Rosemarie Jones, Group President of the Central Highlands Country Women’s Association of Victoria in the renowned CWA cafe. 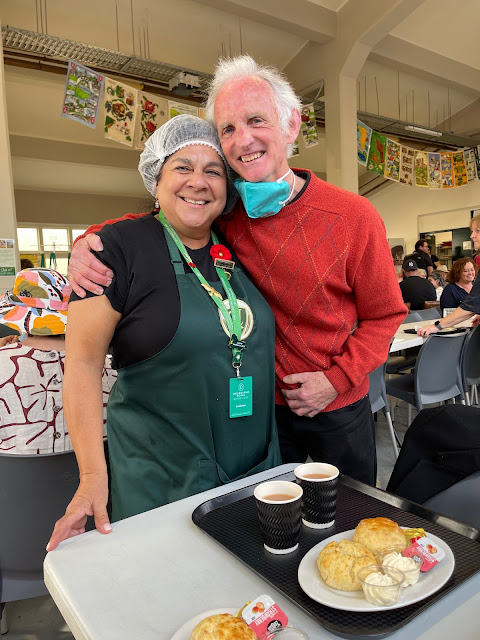 Directly below, Shane offers you a virtual scone. I can assure you they were even more delicious than they look. 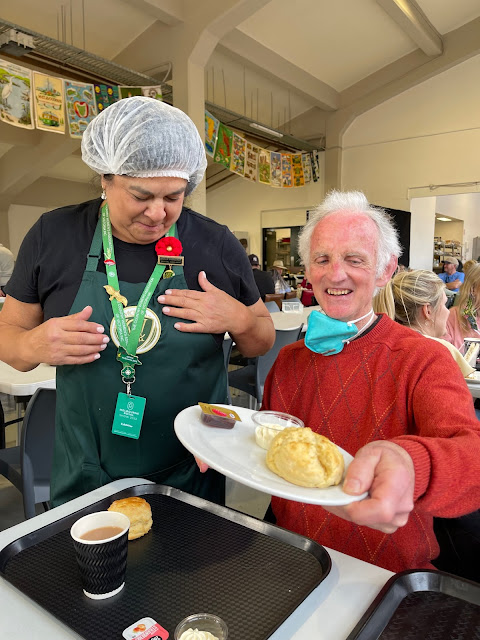 Thanks for the new memories, Gracia and Louise. It’s been a long time in between Shows, but it was certainly worth the wait.

The 2022 Royal Melbourne Show began on Thursday, 22 September and ended on Sunday, 2 October.

Will we be there next year, I hear you cry? Need you ask?