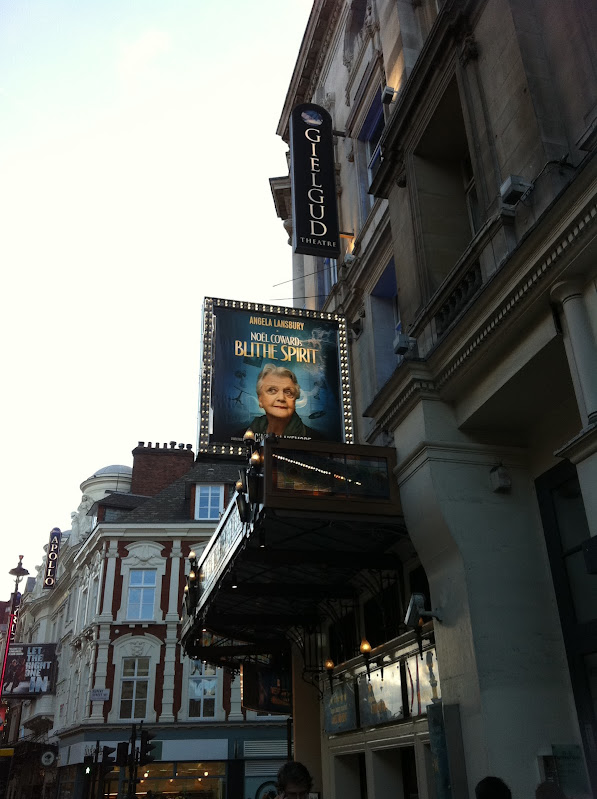 What a woman, what a talent, what an inspiration, what a life. I count myself incredibly fortunate to have seen Angela Lansbury live on stage on three occasions, starting with the Jule Styne/Stephen Sondheim musical Gypsy at the Piccadilly Theatre in London’s West End on 16 October, 1973. I remember the exact date because after the evening’s performance, an announcement was made that it was her birthday and the audience, who she already had eating out of the palm of her hand, serenaded her with a rousing Happy Birthday. If memory serves me correctly, she went on to win an Evening Standard Award for her powerful, nuanced performance as Mama Rose. The production subsequently transferred to Broadway, where she received a Tony (along with a swag of other awards).

In 2013 Shane Jones and I saw Angela Lansbury perform opposite the equally superb James Earl Jones in a revival of Alfred Uhry’s Pulitzer Prize winning Driving Miss Daisy at the Comedy Theatre in Melbourne in what amounted to an acting masterclass. I have a DVD recording of the play, and her performance moves me to tears every time.

Back in London in 2014, we saw her delightful, scene stealing turn as the daffy medium Madame Arcati in Noel Coward’s sublime supernatural comedy, Blithe Spirit, at the Gielgud Theatre. She had previously been awarded a Tony for the same role on Broadway. In London she garnered more rave reviews and went on to win her first Olivier Award at the grand age of 89. Both productions were directed by another theatre great, Australian born Michael Blakemore.

The top photo was taken on the day Shane and I purchased our front row centre seats for Blithe Spirit. The title of Coward’s play is also an apt description of the incandescent Angela Lansbury, who will live on through the astonishingly diverse body of work in theatre, television and film that she leaves behind. 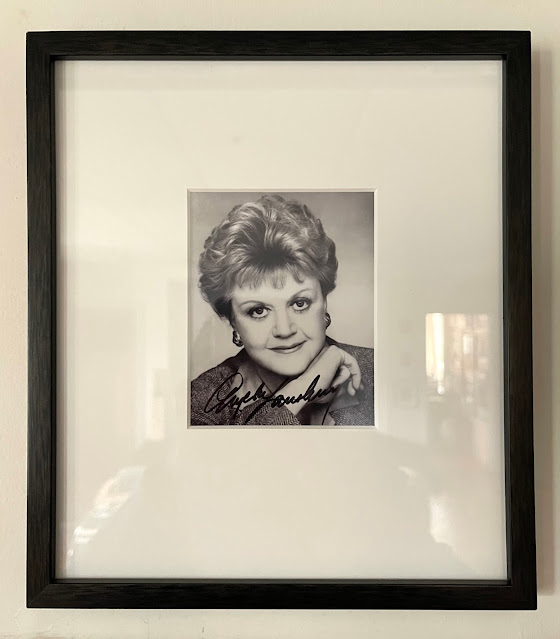 Pictured above: an autographed photo of Angela Lansbury, a surprise gift from Shane several years ago, occupies pride of place in our cinema room.
To view the short biographical film Remembering Angela Lansbury, published by the New York Times, go HERE.
Posted by Deborah Klein at 11:39 AM