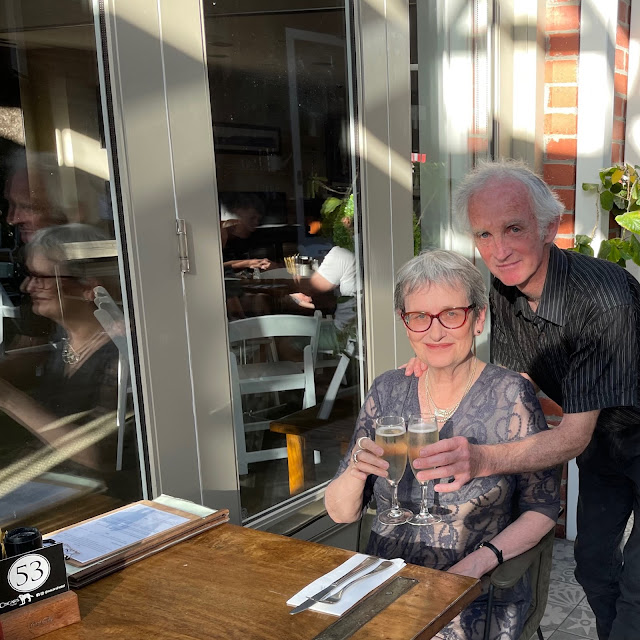 New Year’s Eve 2022 was especially significant for Shane Jones and I, as it marked the 30th anniversary of the night we met. Ironically, it was at a mutual friend’s New Year’s Eve party neither of us had wanted to go to. (Unlike our cat, Alice, we are not, nor have we ever been, party animals).
Earlier in the evening we enjoyed a celebratory meal at Oscar’s in Ballarat (top picture), and later welcomed in the New Year at home with Prosecco and sparklers. 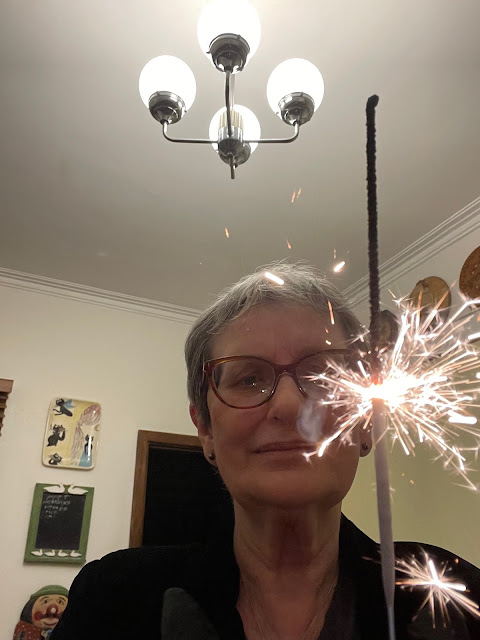 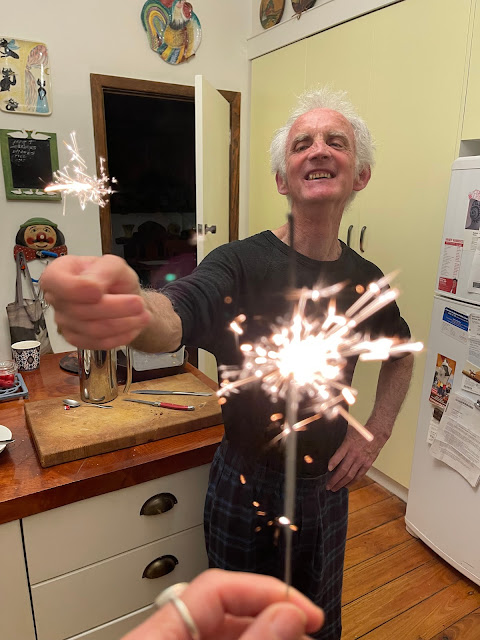 By way of a trip down Memory Lane, the remaining photos, the best I’ve been able to excavate from my iPhone in a relatively short space of time, date from 2002 to 2022. 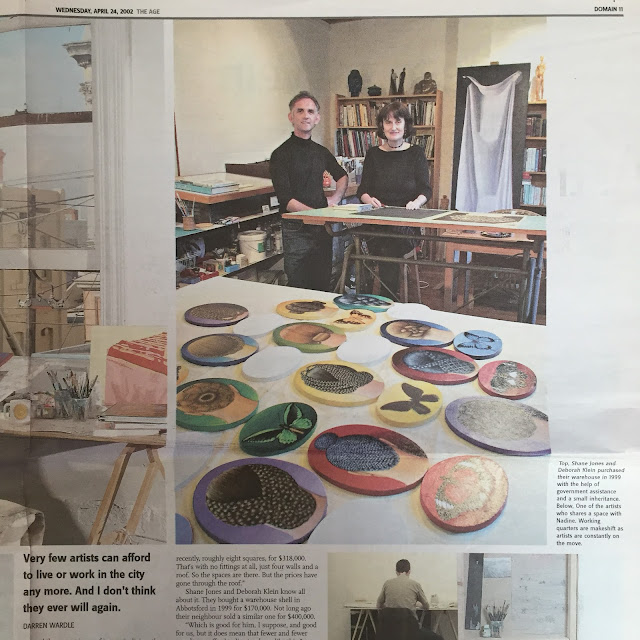 In the studio at our former Abbotsford home. Clipping from Domain, THE AGE, Melbourne, April 24, 2002. 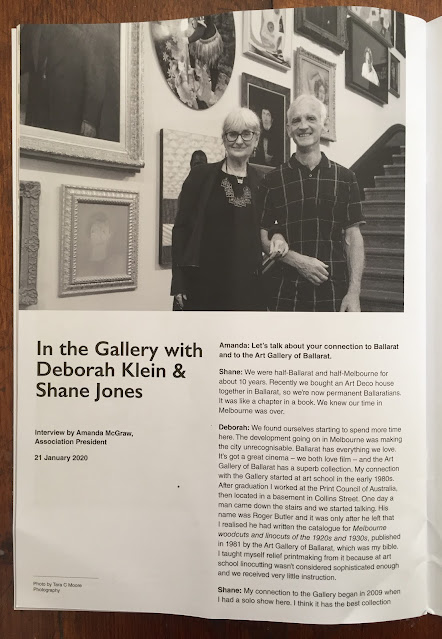 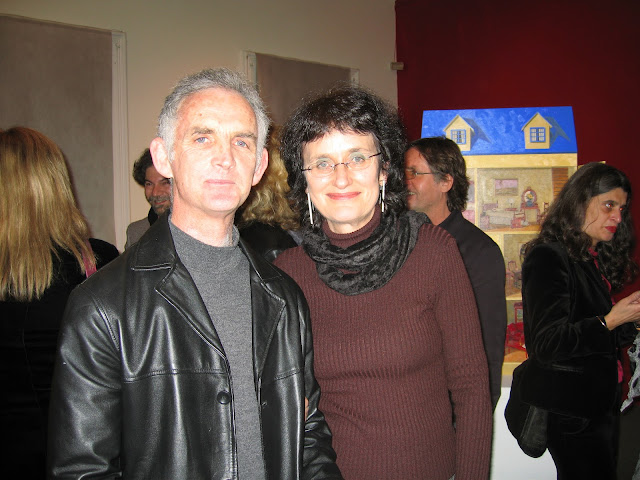 With Shane at his solo show at Charles Nodrum Gallery, 12 June, 2007. Directly behind Shane: Steven Kafkarisos. In the background to my right: Mark Chapman and Angela Cavalieri. 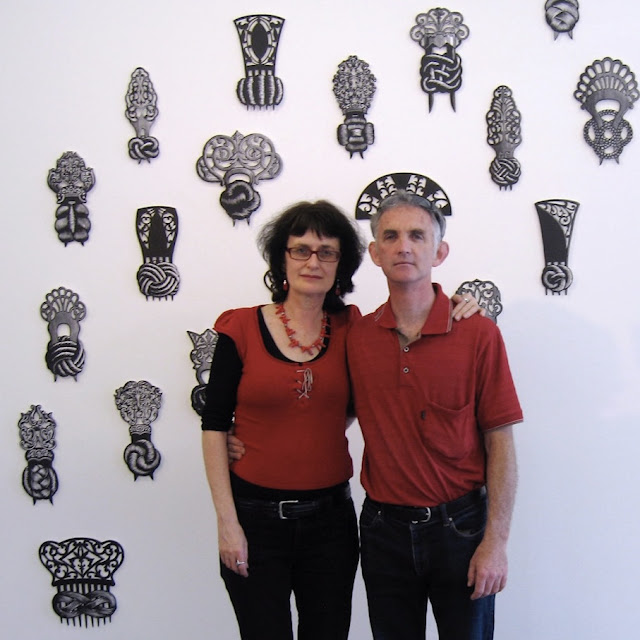 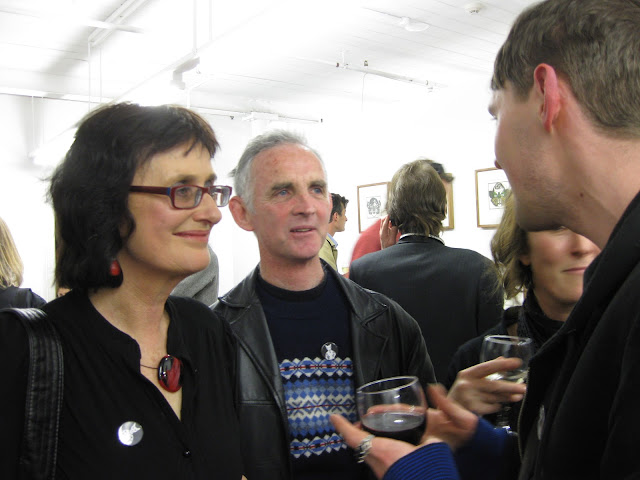 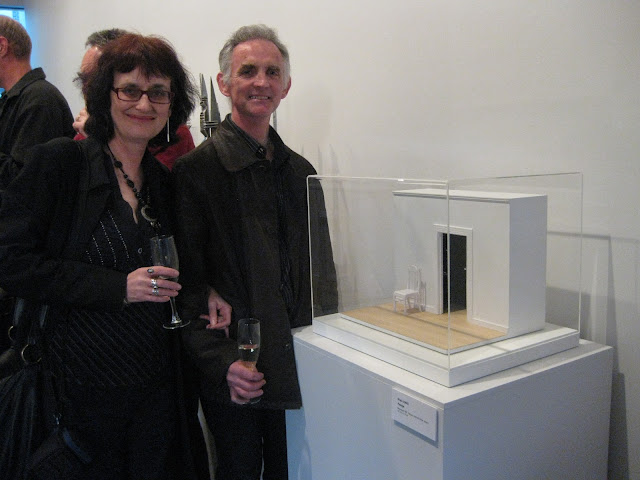 Pictured with Shane and his sculpture, Passage, at the Small Sculpture Awards, Deakin University, 22 October, 2009 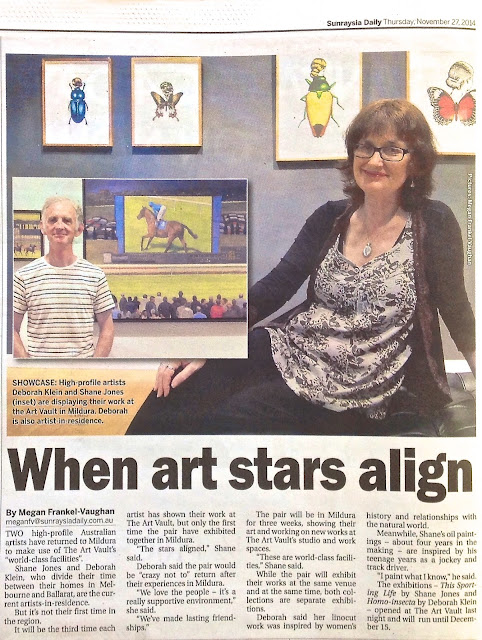 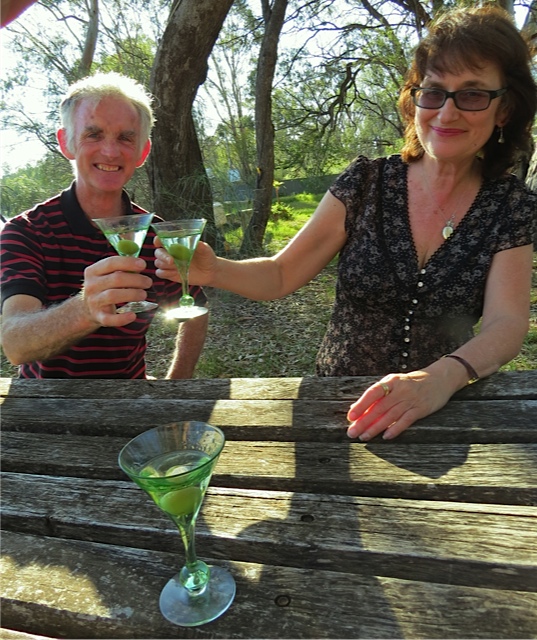 Photographed by Anne Spudvilas (who also made the martinis) at her former property at Wentworth on 6 December, 2014. 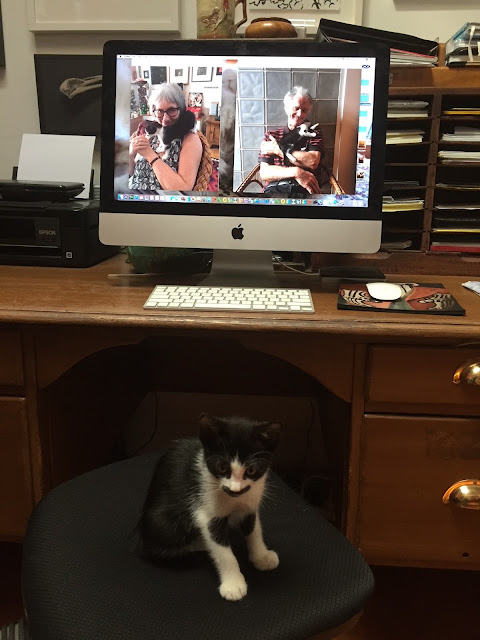 Alice at our former home in Abbotsford on 24 December, 2017, two days after she first came into our lives. 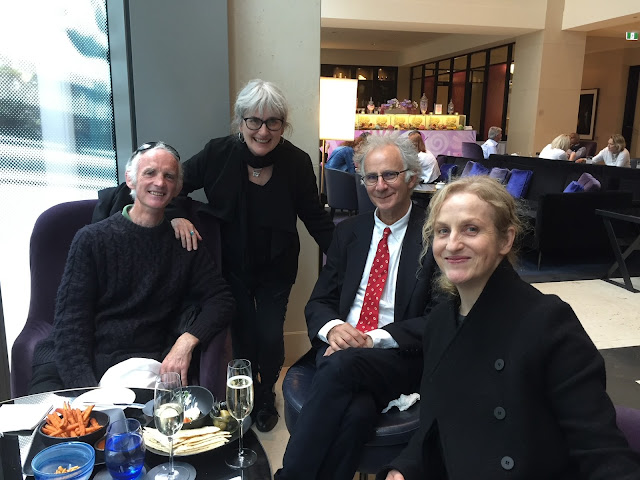 In Melbourne with our friend Leigh Hobbs and Shane’s sister, Patricia Gillard, 11 December, 2019. 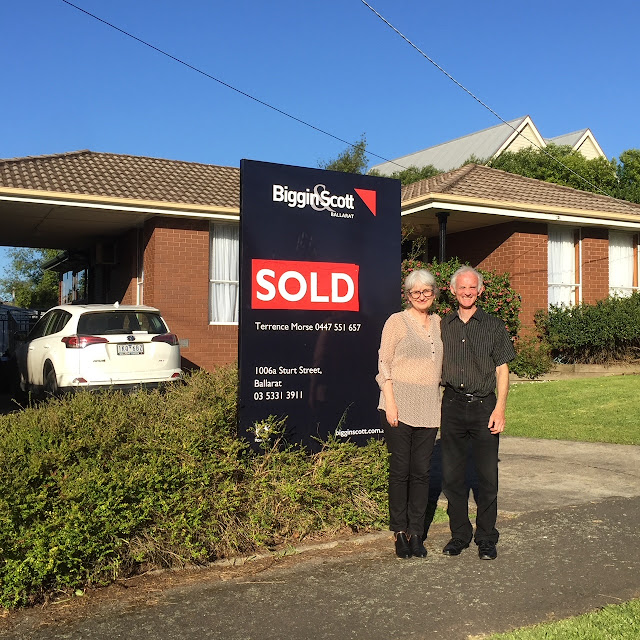 Directly after the sale of our previous home at Golden Point, 18 November, 2019. Photo: Terrence Morse. 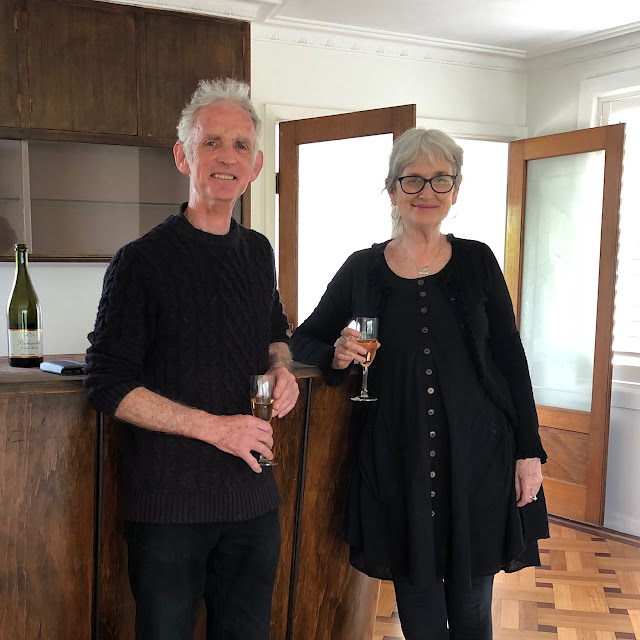 At our present home in Ballarat East shortly after we took possession in late 2019. Photo credit: Tim Gresham. 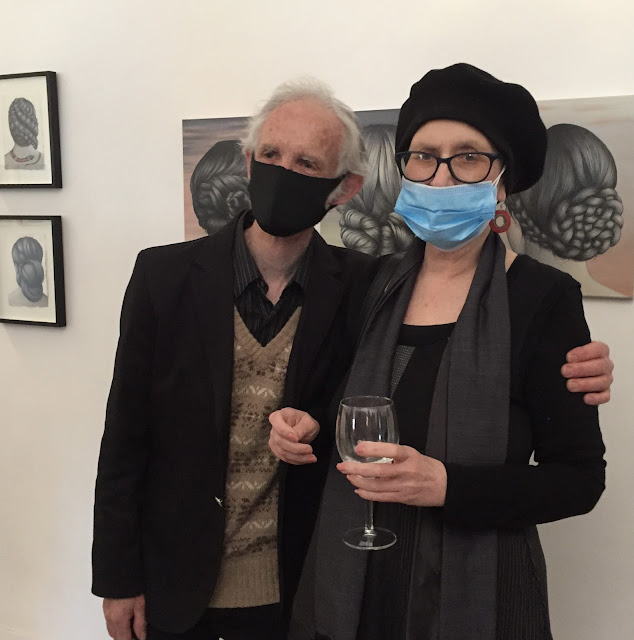 At the opening of Backstories, my solo show at Stephen McLaughlan Gallery, Melbourne, 24 July, 2021. Photo: Kathryn Ryan/Julie Keating.
I can’t begin to imagine where the past 30 years have gone to, nor can I imagine life without Shane. Happy 30th Anniversary to the love of my life. Long may our journey continue. 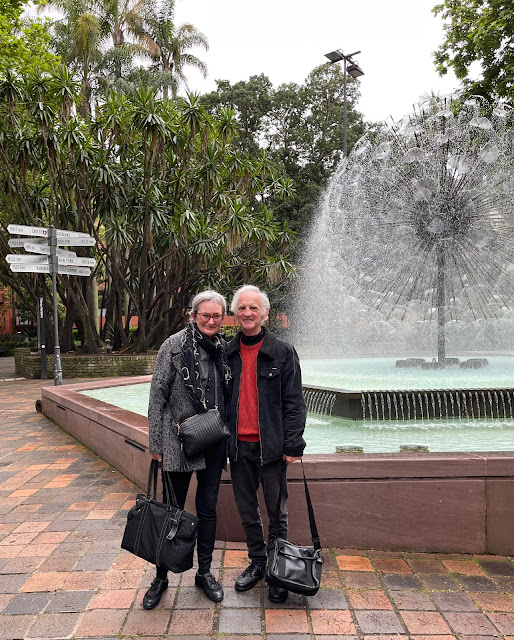