Last weekend marked the 150th anniversary of the Ballarat Show. Shane Jones and I have been attending for the last 4 years and every time we pronounce it the best ever. This year was no exception. On Saturday, November 12, our friends Gracia Haby and Louise Jennison came for the day. It was their first visit to the show, and I'm fairly sure it won't be their last. For all of us, the animals provided some of the many highlights. 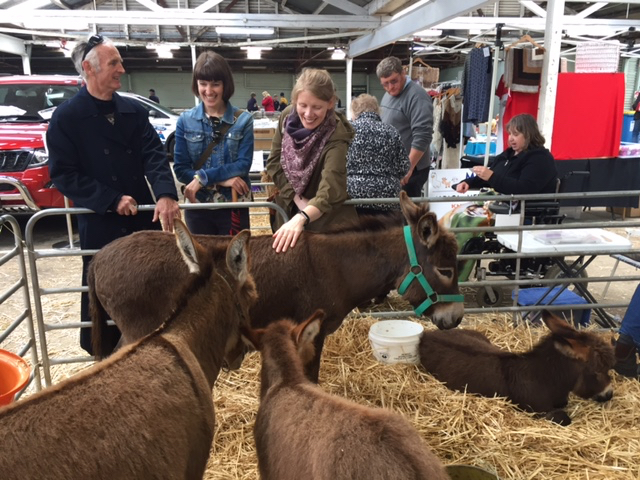 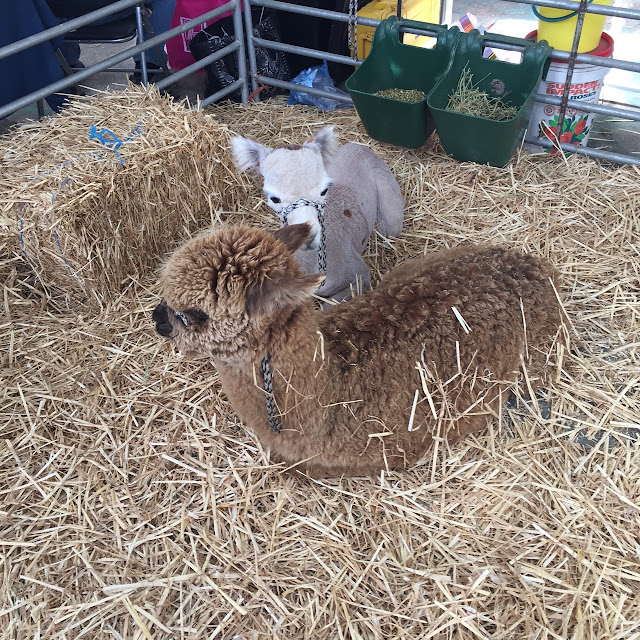 and this fine frog, surely a prince in disguise. 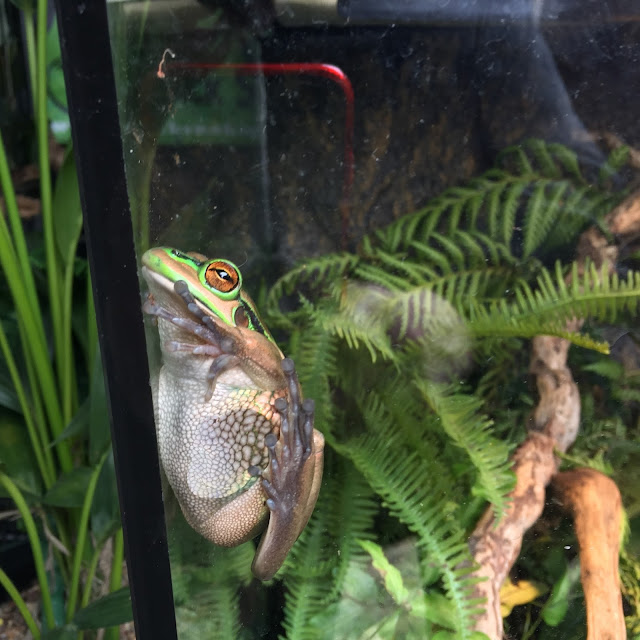 We met an exotic grasshopper: 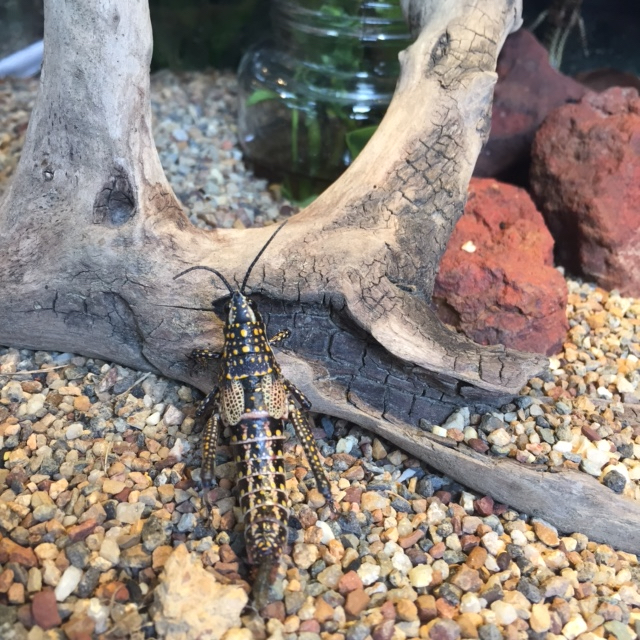 and an extremely laid-back snake, pictured below right with Louise Jennison 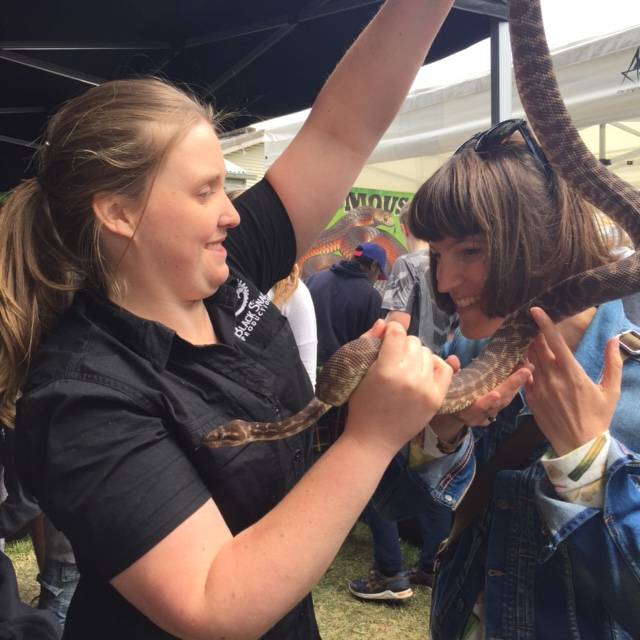 - and in the following photo with Shane. 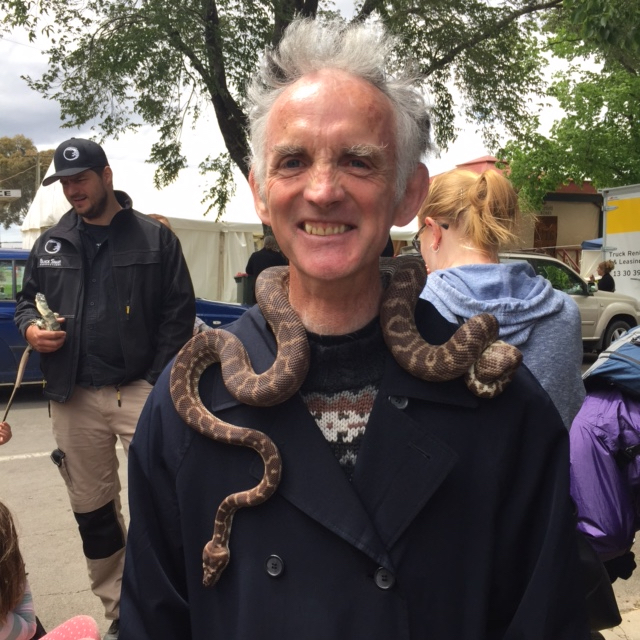 There were some champion pigeons. 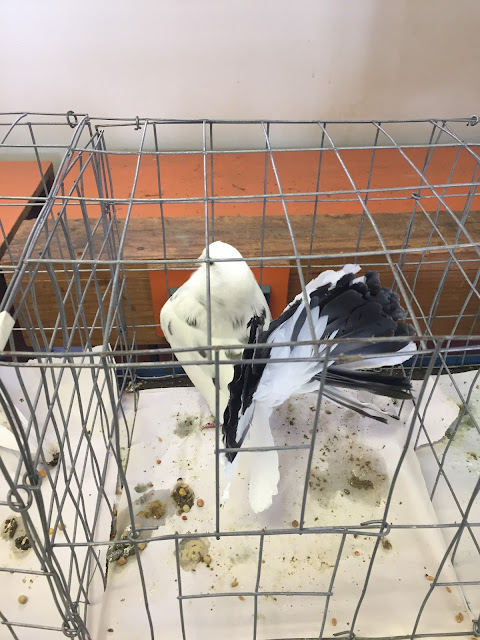 We even got to hold one of them. That's me on the right 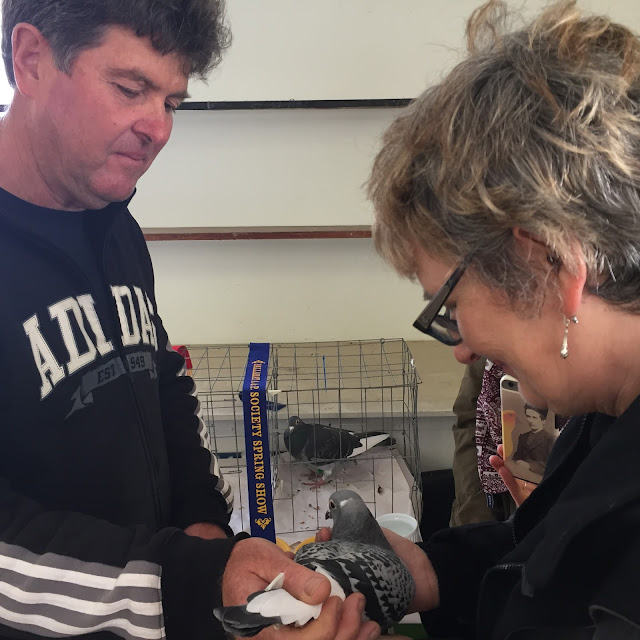 - and in the next two photos, Gracia Haby. 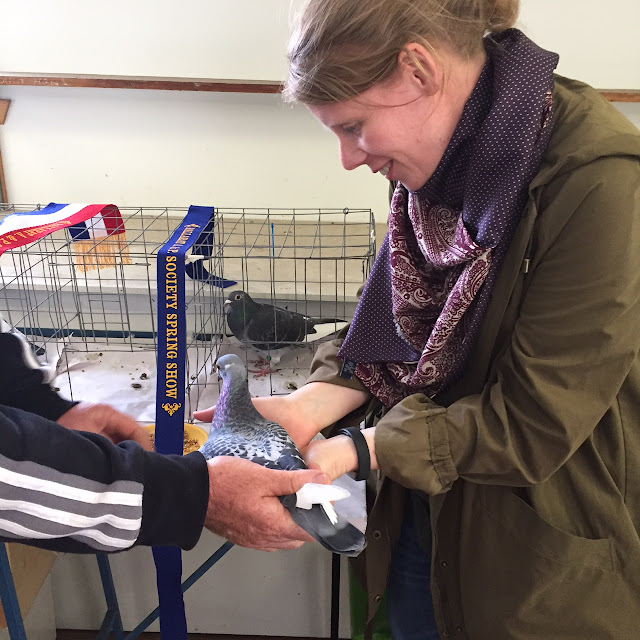 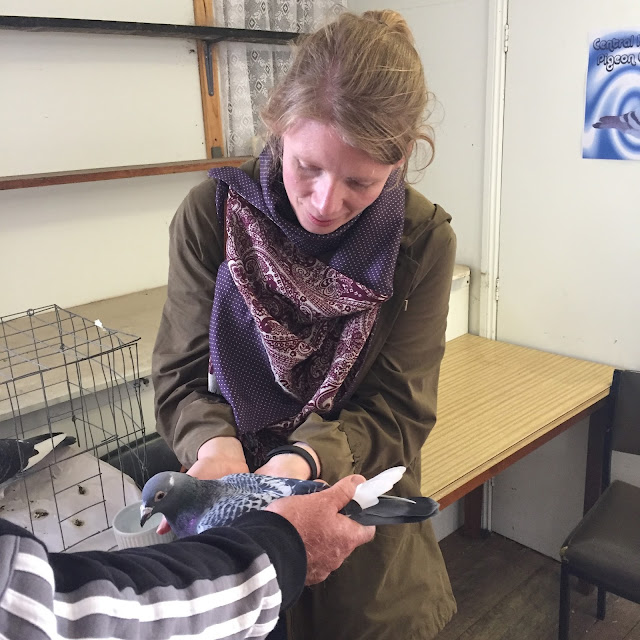 We also encountered some ferrets. 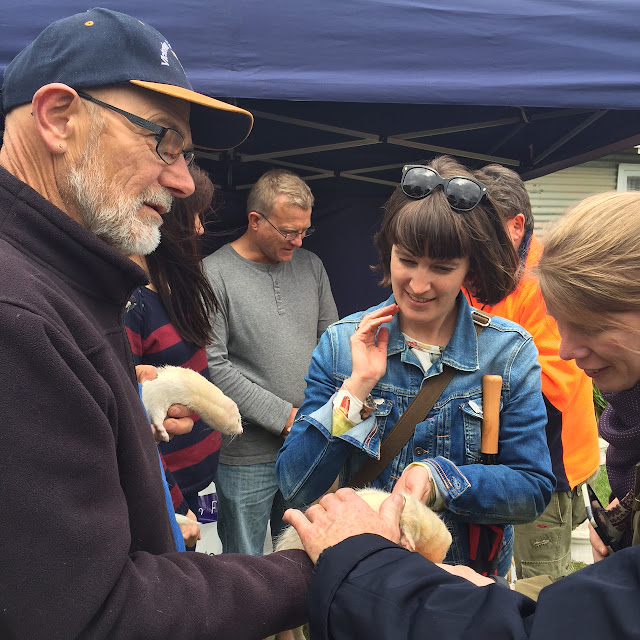 The next generation of Moth Women and Homo-insecta even put in an unexpected appearance. 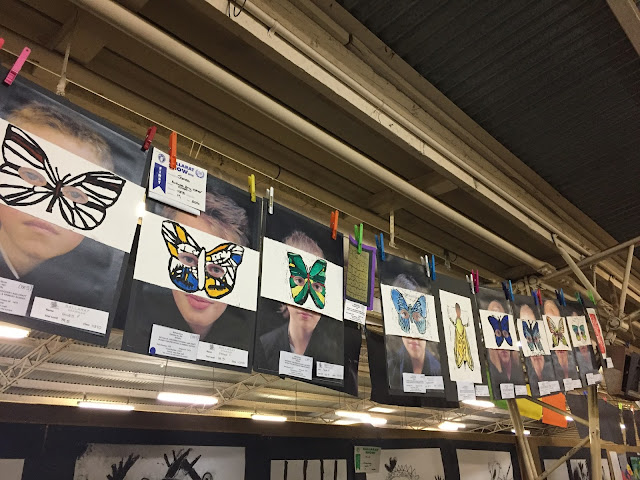 The students were from Year 5 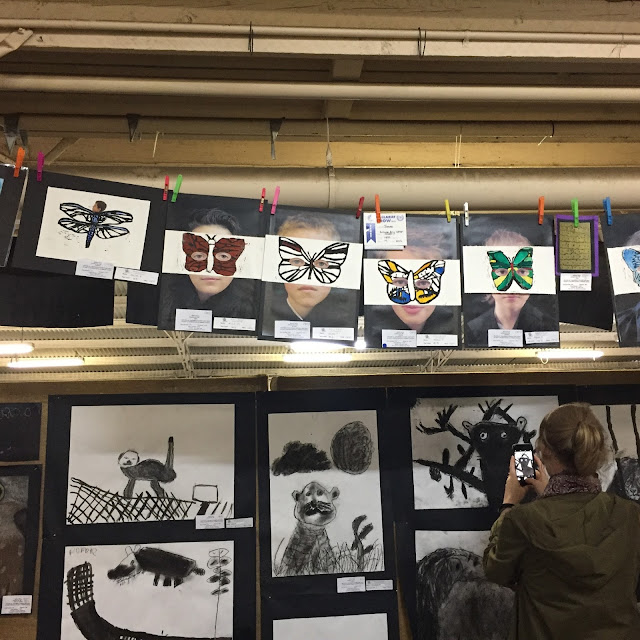 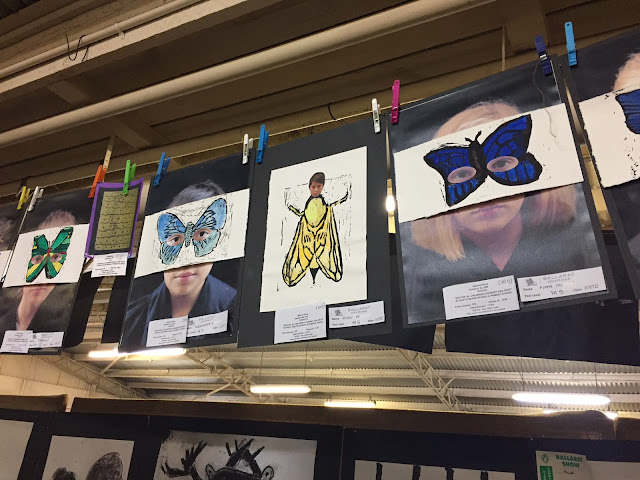 I couldn't find a label indicating which school has been studying my work, but loved their artworks and took it as a tremendous compliment. 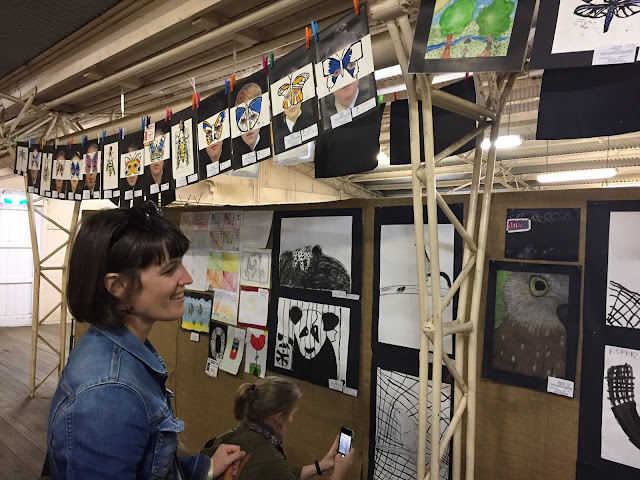 As if that weren't enough excitement, there was pig racing 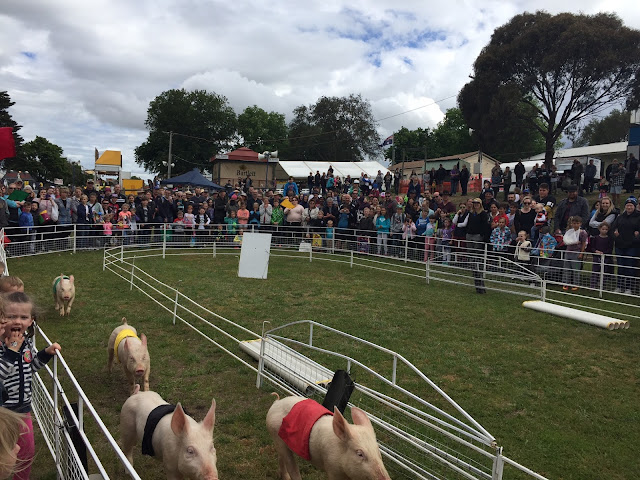 and a diminutive circus pony. 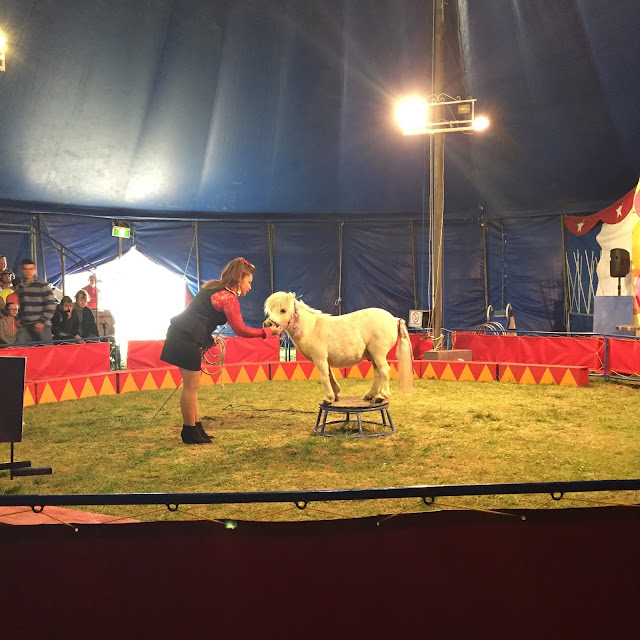 The day ended on a spectacular note when Louise was plucked from the audience to take part in this hair-raising lariat act. 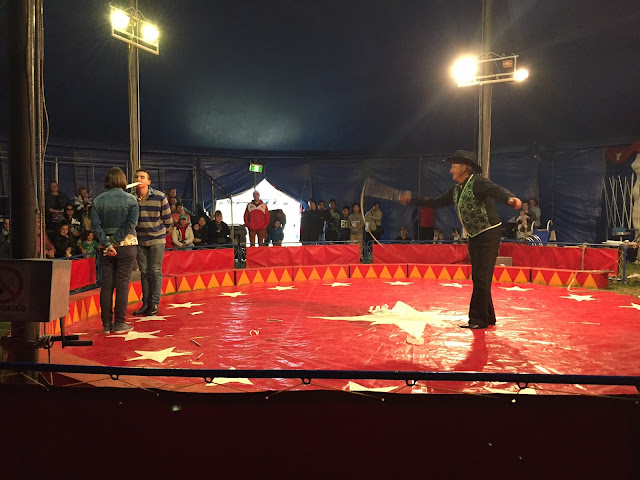 She and her fellow "volunteer" hid their nerves like real troupers. Thankfully they both came away with their noses intact. 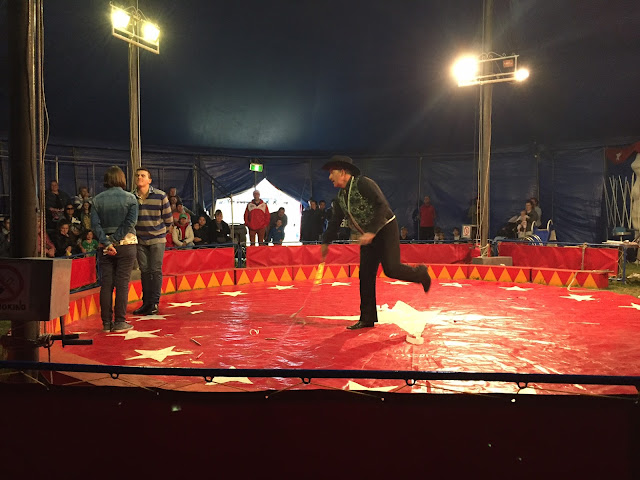 They took well deserved bows, as Gracia, Shane and I breathed a collective sigh of admiration, tinged with relief 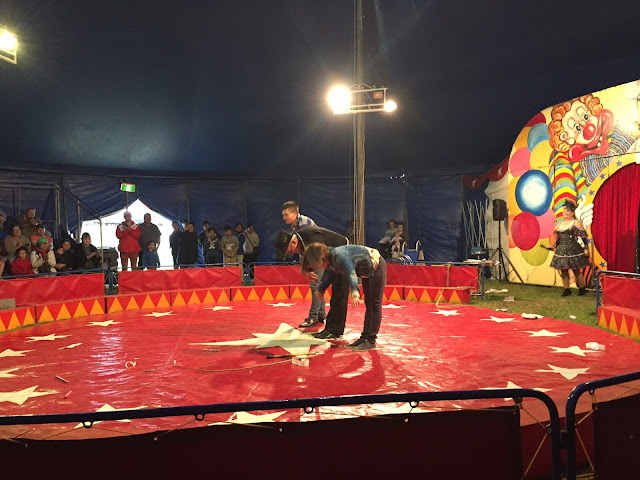 - and swifter than the crack of a whip, our visit to the Ballarat Show was over for another year.
Posted by Deborah Klein at 3:42 PM