A fine send off for BACKSTORIES

Following are some treasured memories of the last day of Backstories at Stephen McLaughlan Gallery on Sunday, October 31. 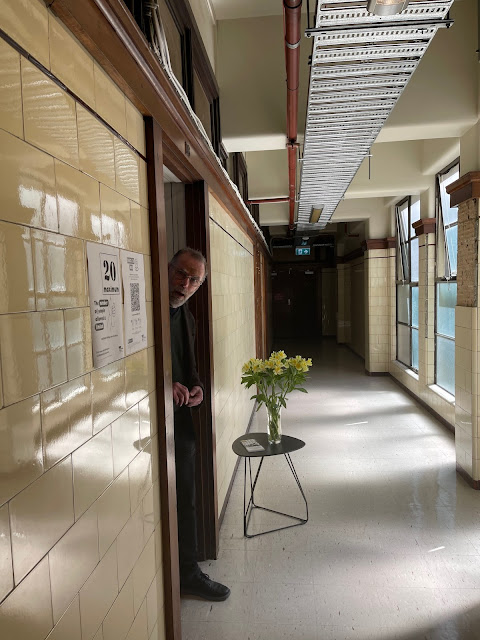 Upon arrival, I paused to photograph the welcoming vase of flowers outside Stephen’s gallery, a touch I’ve always loved. Just as I pressed the shutter, the man himself appeared in the doorway.

Catching up with friends (views 2 - 5) was the highlight of the afternoon. In the group shot below, L-R, are Shane Jones, John Waller, Vanessa Taylor, Stephen McLaughlan, Damon Kowarsky, Priscilla Ambrosini and James Harrison. It was also terrific to chat to some of the folk (not pictured) who dropped by to collect the works they had acquired. 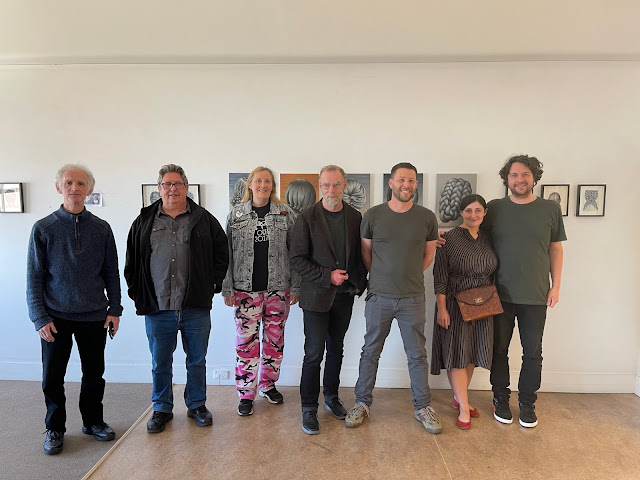 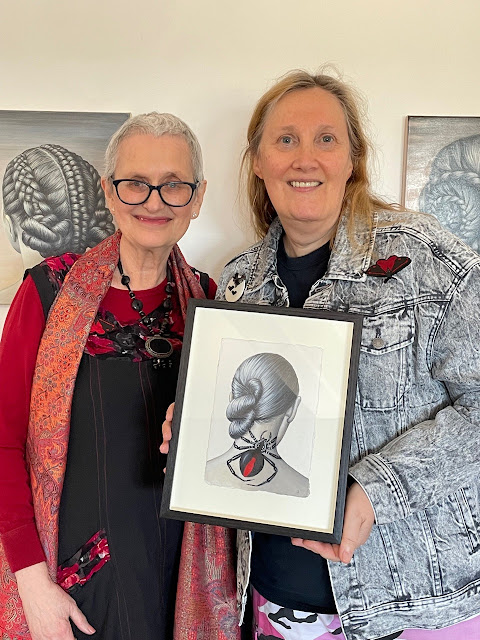 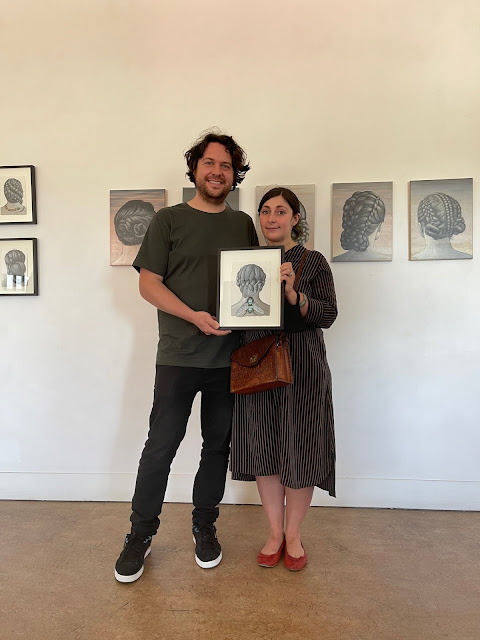 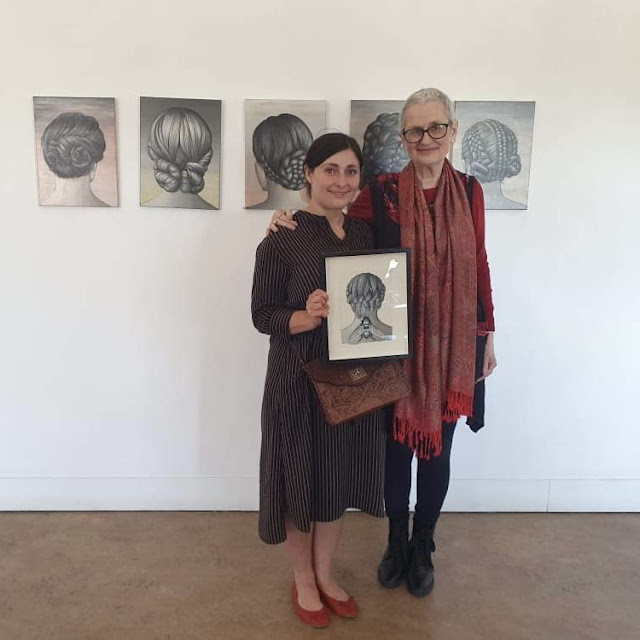 Before heading home, Shane and I had an impromptu meal upstairs at Chloe’s Bar in the historic pub Young and Jackson (final view below). We practically had the place to ourselves - there were more staff than patrons - but we did get to hang out with the infamous Chloé, painted by Jules Joseph Lefebvre in 1875. Many thanks to the waiter who took the following shot.

Other photo credits for this post: myself, Shane Jones and James Harrison. 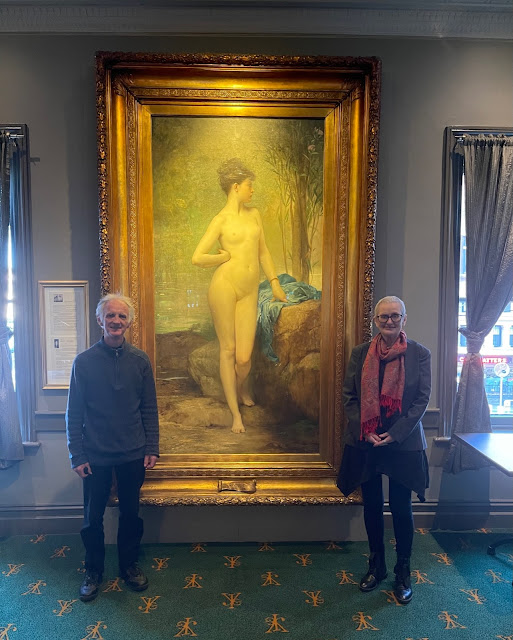 Posted by Deborah Klein at 3:47 PM