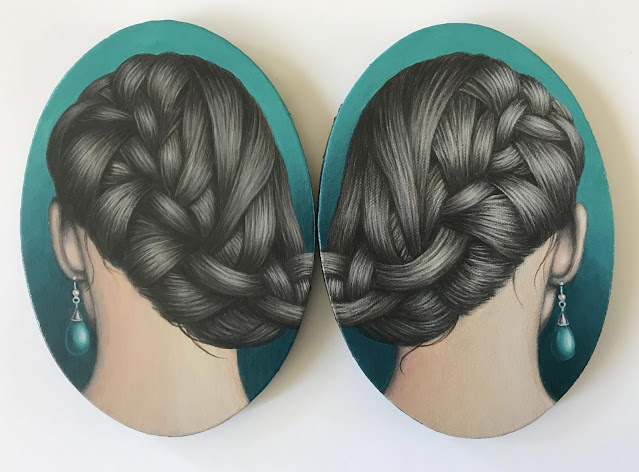 Pictured above, Double, double (as in toil and trouble*), the little work that’s been by far the biggest challenge of any of the paintings I’ve recently undertaken.

Double, double (2021, acrylic on two canvases, 17.5 x 25 cm) went through so many different stages, none of which remotely met my expectations, that I finally dismissed it as a heroic failure and moved on to other works.

I’ve learnt a great deal during the development of this picture. As it turned out, putting it aside was a good move. It gave me some sorely needed time and distance. Moreover, I was able to take what I gleaned from the making of other paintings in the series and apply some of it here. (In fact, all of the works so far have informed one other to some degree).

Double, double has also proven frustratingly hard to photograph. At this stage, I’ve decided it is what it is. Nevertheless, the work does look significantly better in the flesh. For starters, there is a more even tonal balance between the two panels than appears here and the colours, built up over multiple layers, are somewhat richer.

I haven’t documented the many stages this painting has been through and wouldn’t inflict them on anyone even if I had. However, a handful of developmental shots are below. At one stage, my twin protagonists were intended to wear matching earrings based on an ornate gold pair I discovered in a catalogue of historic jewellery originating from the Victorian Goldfields (see last two photos). The inclusion of finely detailed, delicate areas of gold was intended to reflect the influence of Tudor portrait miniatures on this work. I laboured over the jewellery for several hours, only to realise it was an enormous distraction that would detract from the rest of the painting, most notably the intricately braided hair that’s central to it. As a result, I abandoned the earrings even before I’d finished painting them. In the end, I went with the relatively simple earrings shown in the finished work above. They are based on a pair I’ve owned for many years, although I’ve changed the gemstones from the original red stones (which I believe are coral) to my birth stone, turquoise. 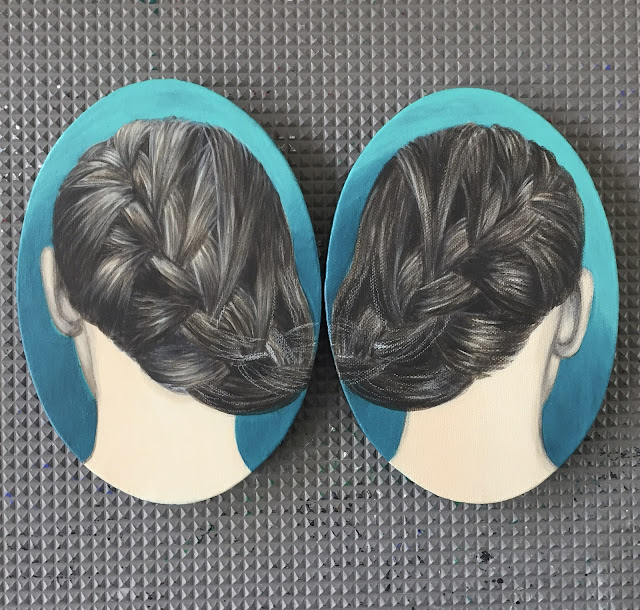 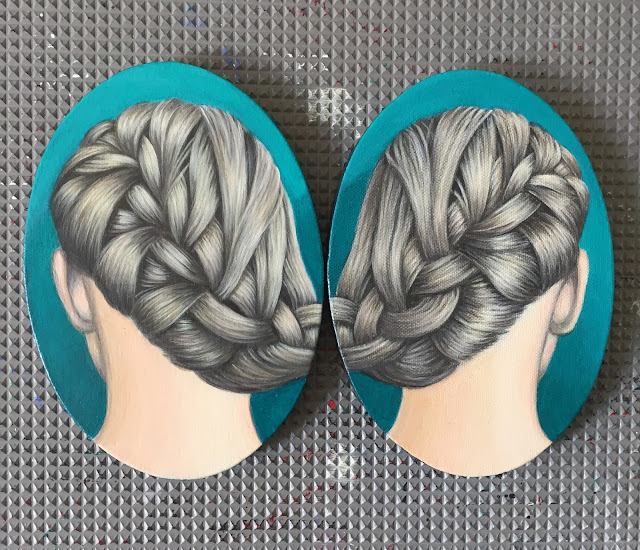 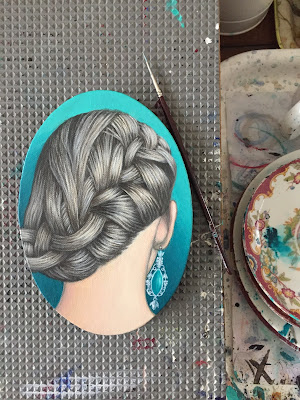 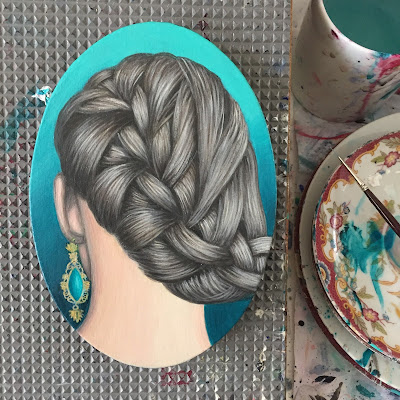 Posted by Deborah Klein at 6:58 PM