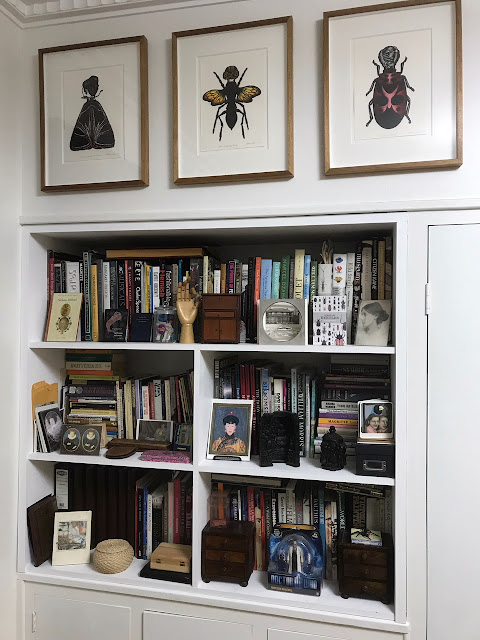 We've done so much around the house in the last few months (most notably, hanging over 470 pictures, according to Shane Jones's calculations) that I never got around to posting about the bookshelves the exceedingly clever Shane built in my studio some weeks back. Here they are in all their cluttered glory.

The shelves are set into a deep alcove that was originally an inbuilt dressing table (see below), so that they not only hold heaps of books, but also double as storage/display for other favourite things, including a tunnel book by Paul Compton (above, top shelf, third from right) and an artist book by Deborah McMillion (above, middle shelf, far right).

The following 'Before' photos document the process: 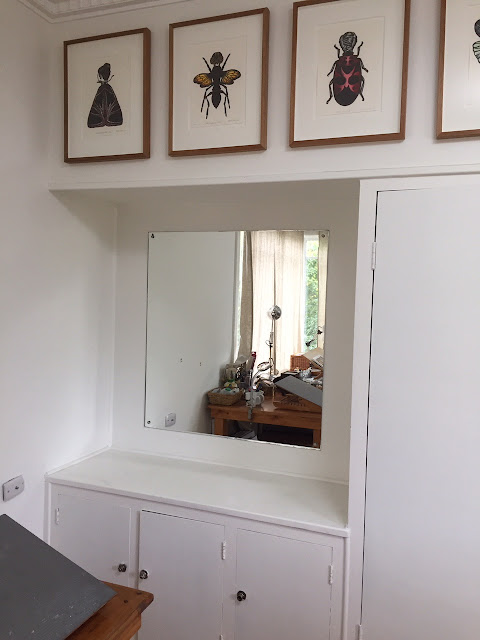 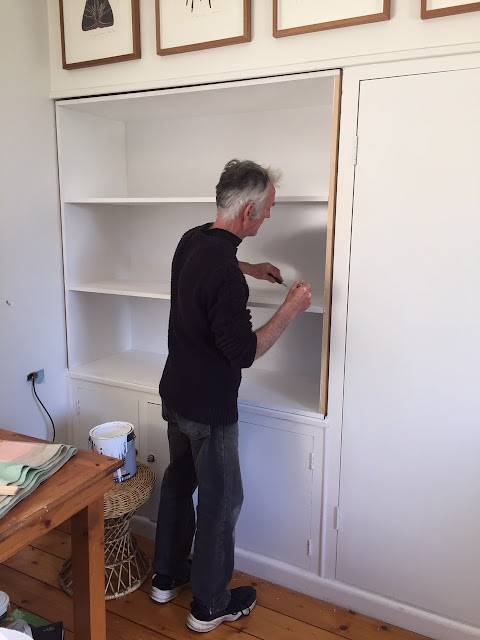 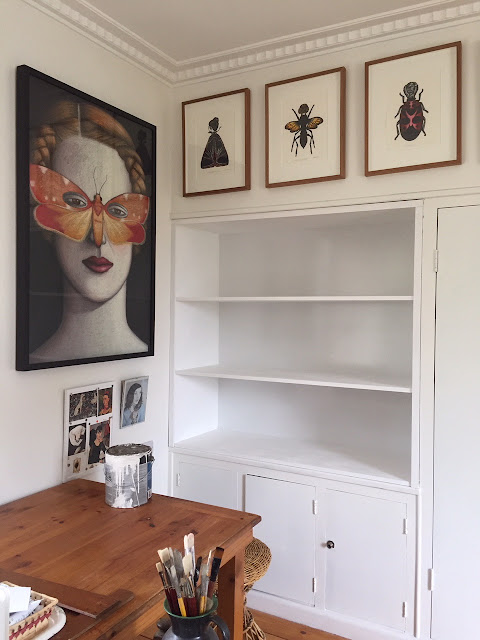 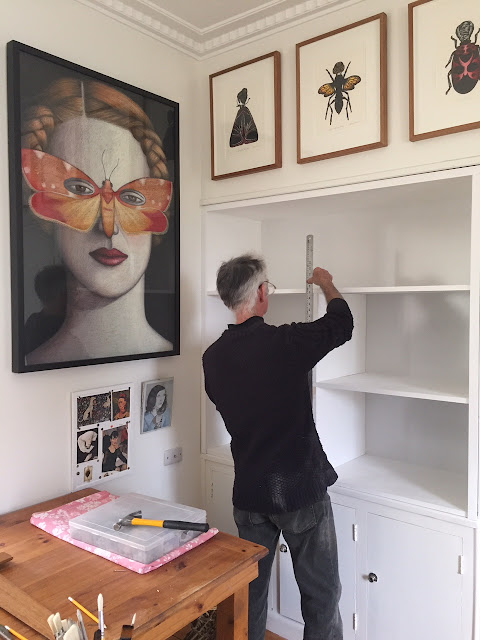 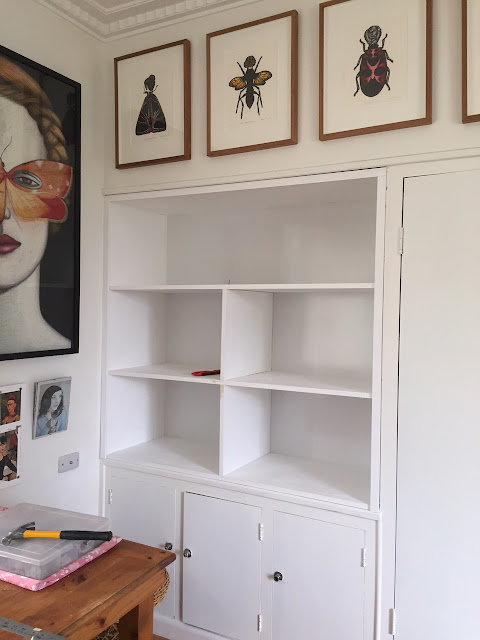 Thanks to these and the equally impressive shelves Shane has built in his own studio, we've finally been able to get the last of our books out of storage.
Posted by Deborah Klein at 11:10 PM