Last night I attended the Artists Party at the Australian Print Workshop, thrown by the APW as a thank you to the artists who participated in the IMPRESSIONS 2014 fundraising exhibition.

Is it really two years since the last IMPRESSIONS Artists Party? As in past times, the stupendous APW band The Press Gang provided the evening’s highlight. All of them are fine printmakers and equally accomplished musicians. When they were handing out the talent, these guys obviously stood in line twice.

There was also much merriment during the announcement of the coveted Door Prizes.


Two lucky recipients are pictured below, centre. APW Band drummer Adrian Kellett (that stylish headgear is his prize) and next to him, a blurry Judy Holding hears her name announced and eagerly moves to claim her prize. Far left is Press Gang keyboard player, Raymond Carter. 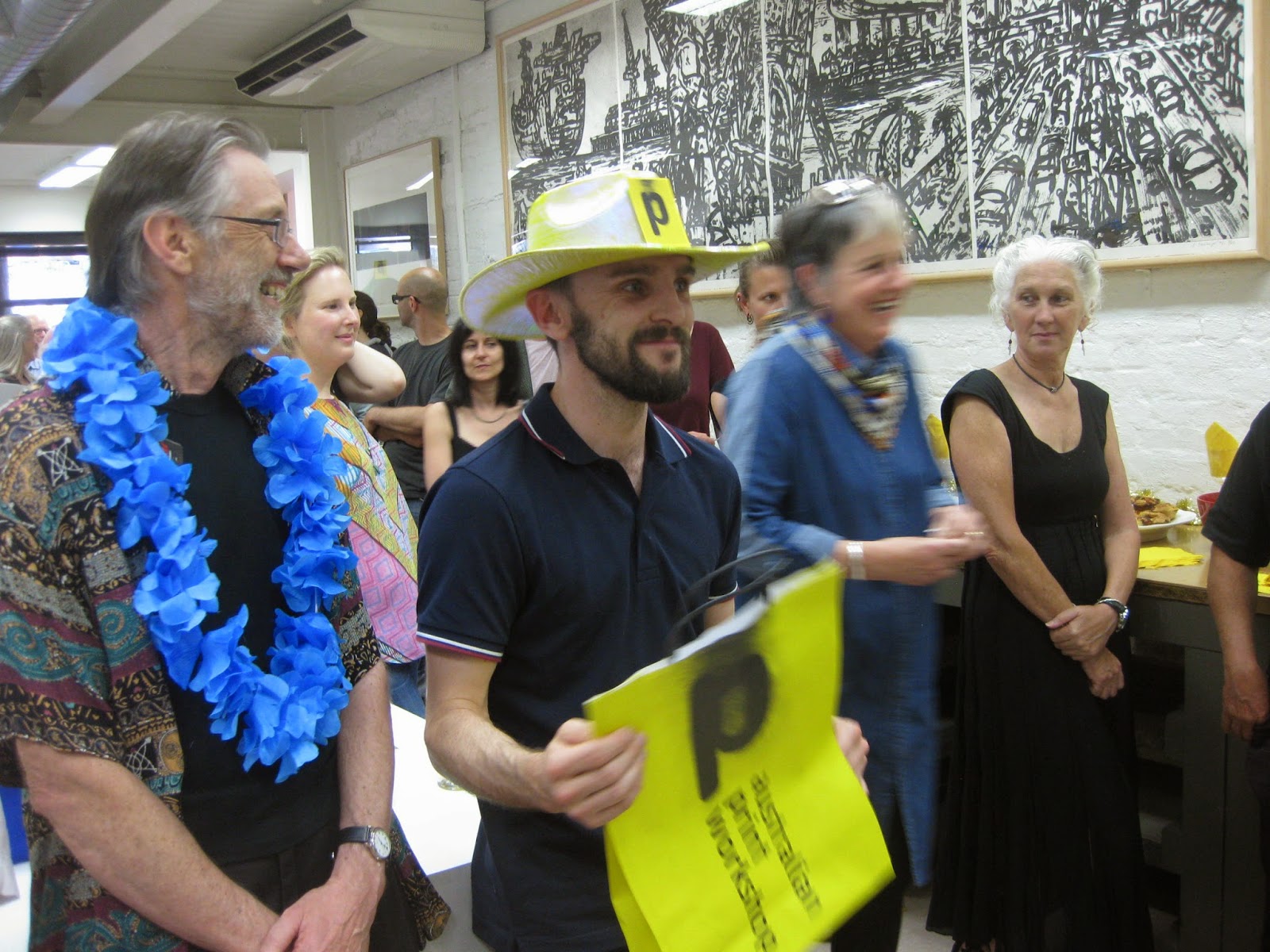 As always, it was a delight to catch up with Jade Kellett and Ray. Behind them, centre, is Brian Pieper. Later I had a lively chat with Lesley Duxbury, a terrific artist and an old friend who was once my boss in the RMIT Printmaking Department, and John Wolseley, a longtime favourite artist. It was a lovely way to end the evening. I couldn’t decide which shot of them I liked better, so decided to include both. 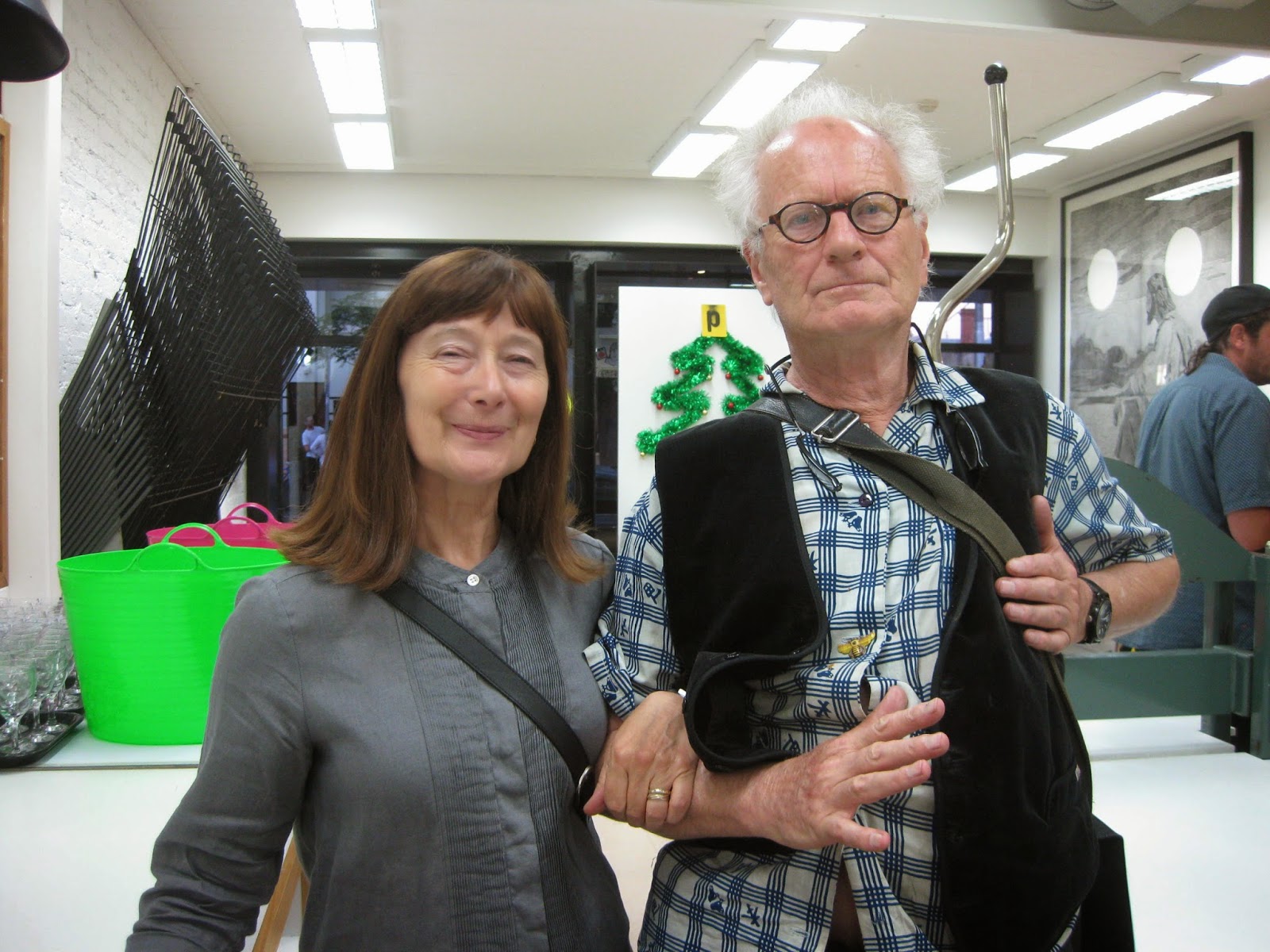 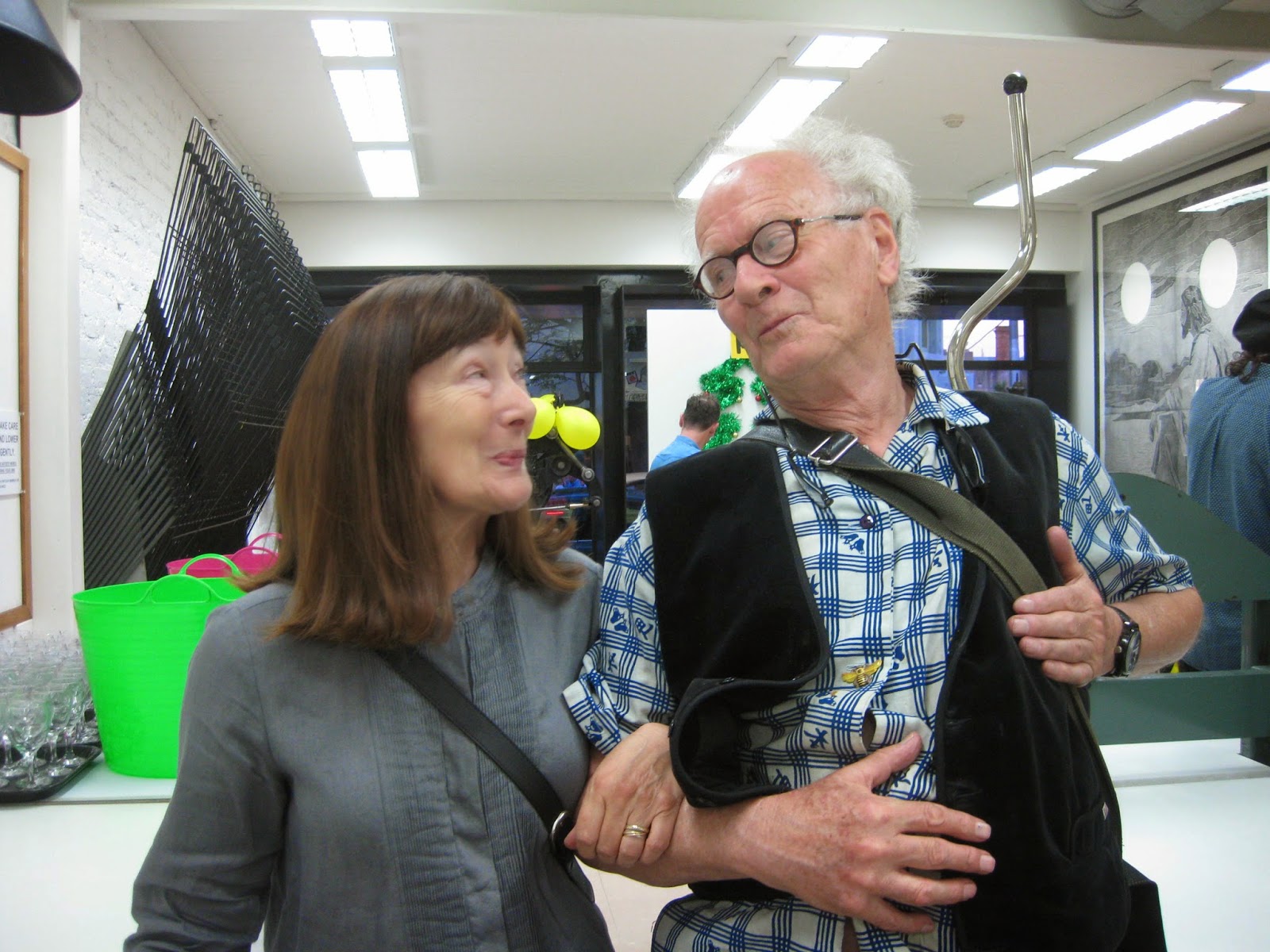 Posted by Deborah Klein at 8:50 AM