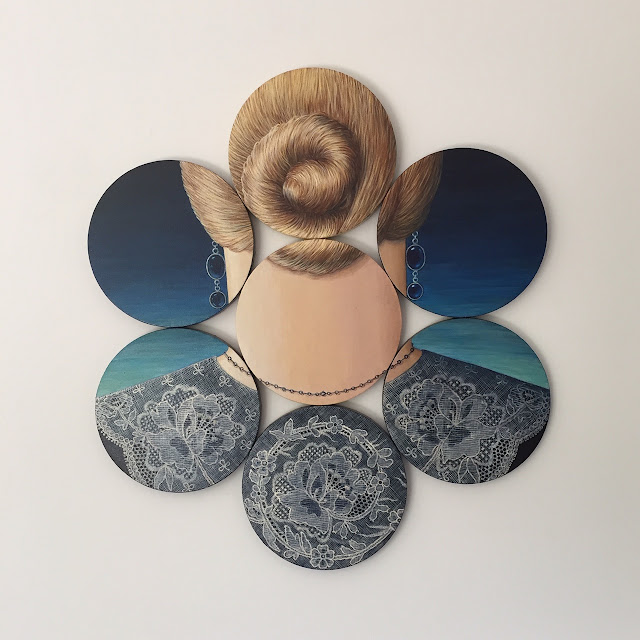 The spiral is a recurring symbol in Vertigo, beginning with Saul Bass's celebrated opening title sequence. Even the tightly coiled coiffure of Madeleine/Judy, as portrayed by Kim Novak, mimics a spiral. One of the film's most indelible moments occurs in the dreamlike Legion of Honour scene, in which Madeleine contemplates the portrait of her ancestor, Carlotta Valdez, by whom she is supposedly possessed. 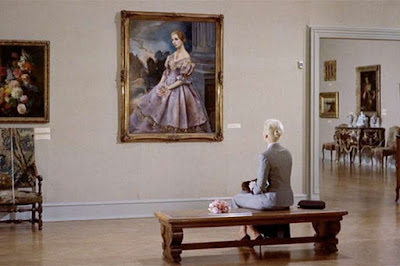 Taking its cue from Vertigo, the spiral is a repeated motif in Coil. Given its connection to Hitchcock's film, it seemed appropriate to hang the painting at the entrance to the cinema room in our house, alongside its companion work, Net (2001, acrylic on three canvases, 131 x 40.5 cm). 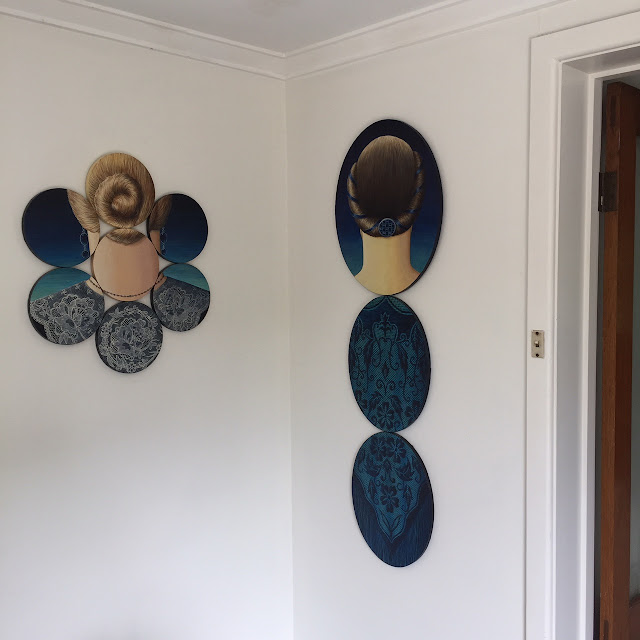 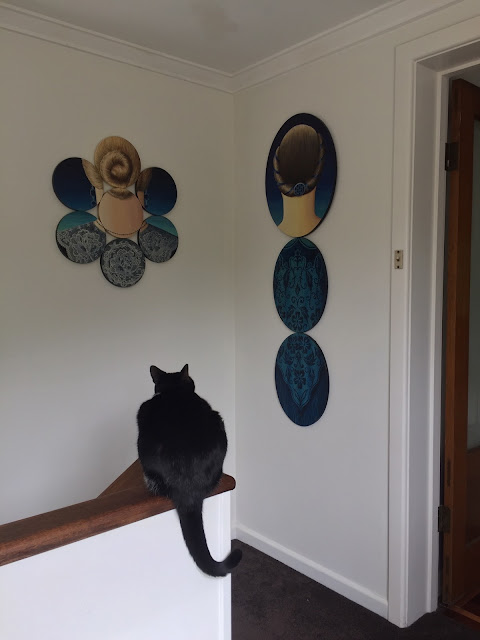 Posted by Deborah Klein at 7:43 AM