Since returning from Hobart I’ve been substantially reworking selected images from the current suite of digital prints (now titled Leaves of Absence), applying the modest store of technical knowhow that I’ve haphazardly accumulated in an effort to simplify and refine them.

A handful of the prints were already resolved and these won’t be altered. They include Memory #1 and Memory #2, the works that recently traveled to IMPACT9 in China.

Memory #3, however, was seriously overworked. Countless hours of experimentation, trial and error later, the final result is shown above, followed by a mere handful of the many working proofs I produced, alternatively building up the layers via a series of filters and paring some of them back, before arriving the final state. The image in the bottom right hand corner of the grid below shows the original artwork, a silhouette painted with acrylic paint onto a Eucalyptus leaf.

For more about this series and to see the original version of Memory #3, click HERE.

Posted by Deborah Klein at 2:33 PM

A Trip to Hobart, Part Five: A Hobart Miscellany and Last Orders

After checking into our hotel on the first day in Hobart, Shane and I went for a walk to get our bearings. An exploration of nearby Victoria Docks proved to be extremely fruitful. We bought advance tickets for MONA (see Blog Post Tuesday, September 22) and also discovered the Bruny Island Tours booking office, where we decided to book passages on the cruise that was documented in my previous post. 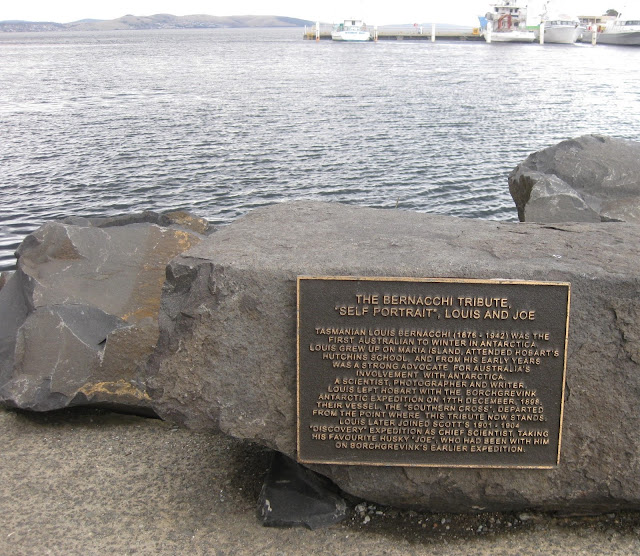 Gratified that our trip was already starting to take shape, we stopped for a drink at the Hope and Anchor, directly opposite the docks. Its name seemed to be a positive omen. (Regular visitors to this blog may remember that an anchor tattoo is the leitmotif of Inking Up, the current exhibition at Castlemaine Gallery and Historical Museum, that I have some works in). As it happened, we discovered yet another connection with tattoos. We got talking to the young barmaid, who told us that she and her boyfriend had first called into the pub late one night some months back, after other hotels had refused to serve them because of his tattoos. She fell in love with the upstairs rooms, which she likened to a museum. In fact, she was so impressed with the pub and its friendly landlords, she asked for a job there. On her advice, we climbed the stairs and were similarly enchanted by the eccentric, eclectic collection, which was spread over several rooms. 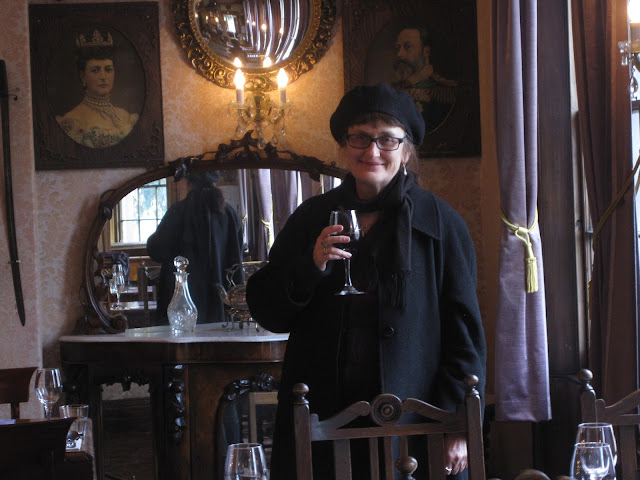 I’ve never associated Art deco architecture with Hobart, but we discovered some striking examples in our immediate area:

It’s always hard to relax during the last day in another town, especially if you have a plane to catch. We were fortunate that our final day was also market day (as mentioned in Part 1 of this five-part series, Salamanca Market was a short walk from our hotel). It was a perfect way of whiling away a few hours.

We called into Colville Street Gallery and had a coffee in the gorgeous little café outside the Peacock Theatre before taking on the market. 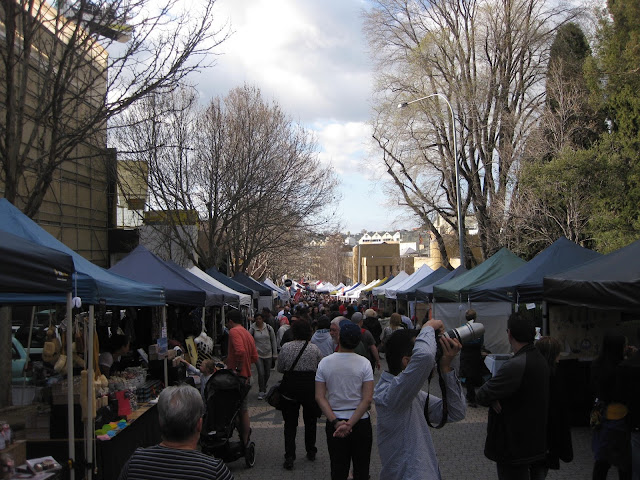 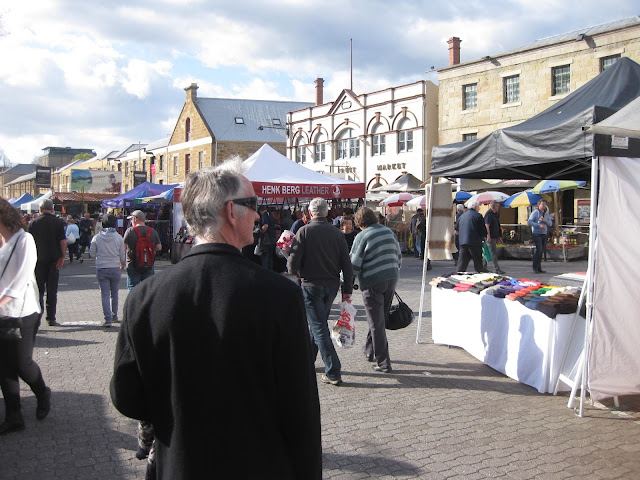 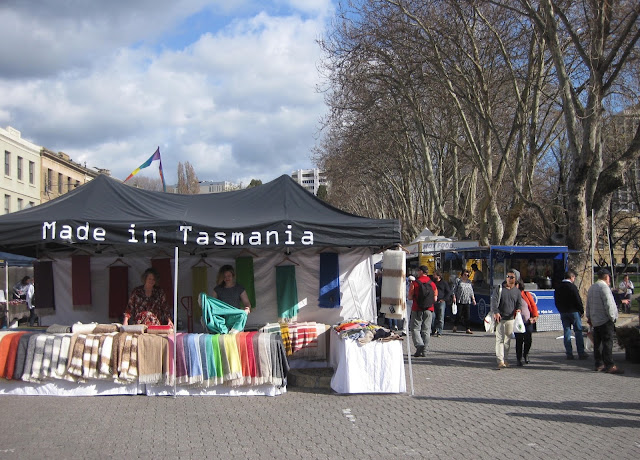 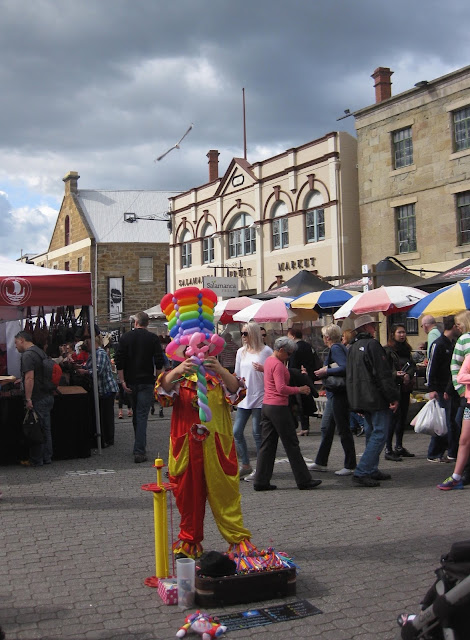 Some seriously talented makers (and, as shown above, others who are not quite so serious) sell their wares at Salamanca Market; it is every bit as colourful and lively as we remembered it. Better still, we found a stall selling insect specimens, where I discovered an absolute treasure - the exquisite leaf insect pictured below. I’ve been searching for one of these for a long time. On the rare occasions I have come across examples in Melbourne, they are always prohibitively expensive.


With some time still up our sleeves, we decided to end our trip much as we’d begun it, with a drink at the Hope and Anchor. Here’s to you, Hobart, and to our speedy return. 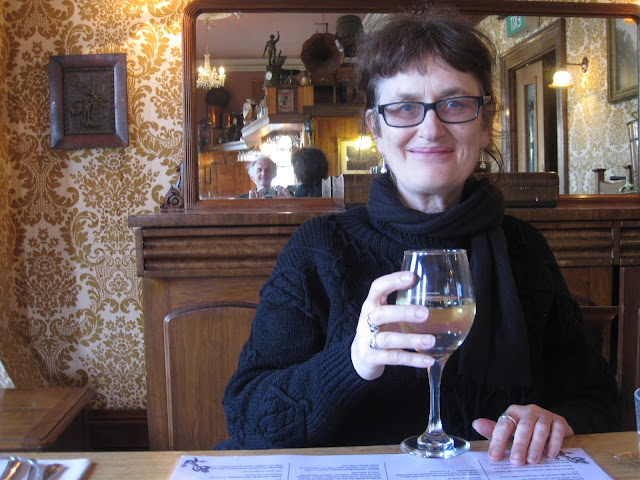 Posted by Deborah Klein at 6:00 AM 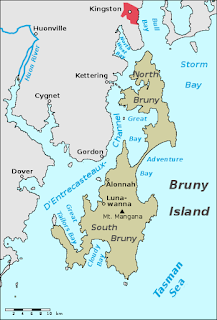 On the penultimate day of our short holiday Shane and I took a cruise that circumnavigated the rugged coastline of Bruny Island, situated off the south-east coast of Tasmania. We travelled by bus to Kettering, 45 minutes from Hobart, where we caught the ferry to North Bruny. Here we boarded the yellow boat that would take us on our wilderness adventure. We had already been advised to dress warmly. In addition, we were provided with woolen beanies, gloves and bright red floor-length waterproof outfits that we slipped over our own clothes. For safety reasons, we were also asked to wear seat belts when the boat was in motion.

For someone like myself, who has clearly seen way too many old movies, the word ‘cruise’ has always had connotations of sleek 1930s ocean liners effortlessly gliding through glassy-smooth seas, peopled with ladies and gentlemen in formal evening wear sedately sipping cocktails on the upper decks.

Our own cruise was far more exciting, a breathtaking, exhilarating joy ride quite unlike anything we’ve ever experienced before. The island’s towering, fortress-like cliff faces, punctuated by numerous caves and natural archways, are the stuff that legends and adventure stories are made of. The rocks, which are predominantly Dolomite, were formed 165 million years ago.

Bruny island is a haven for wildlife, including the fur seals and black-faced cormorants featured in this post. 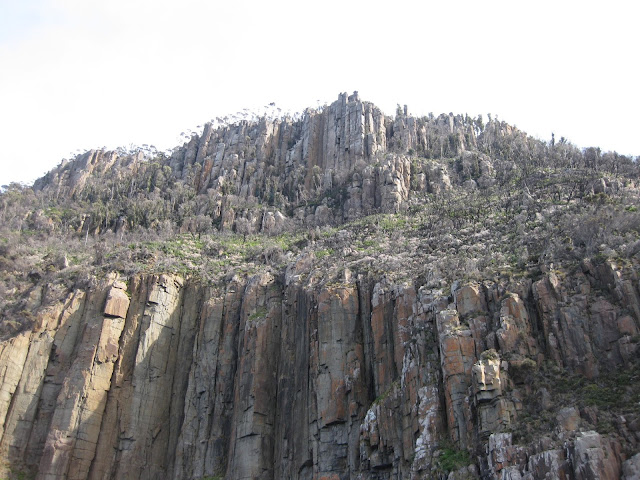 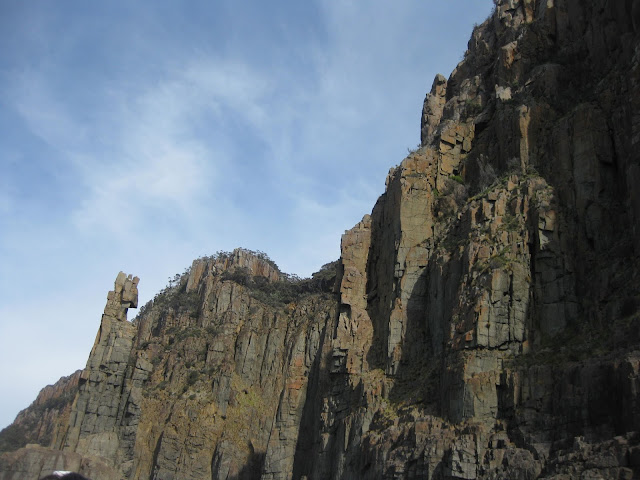 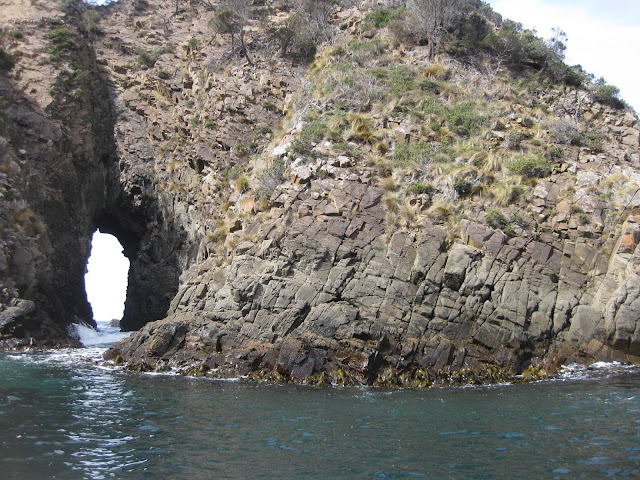 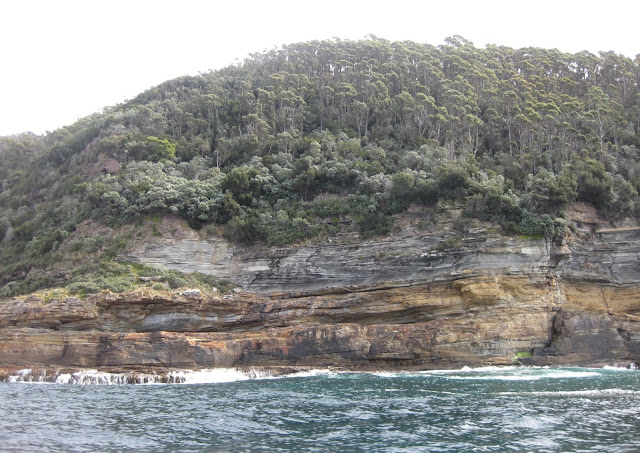 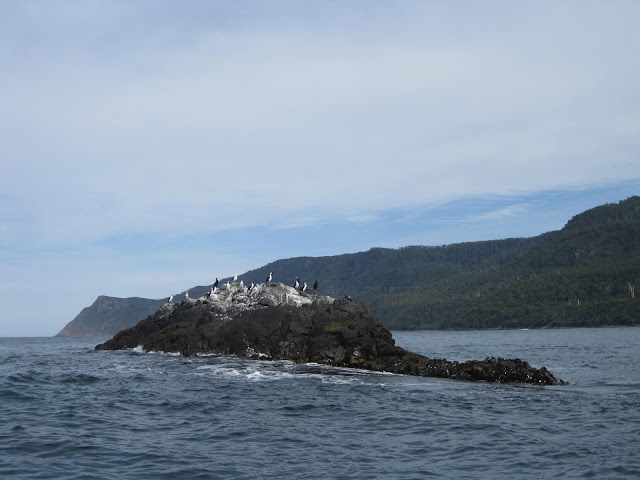 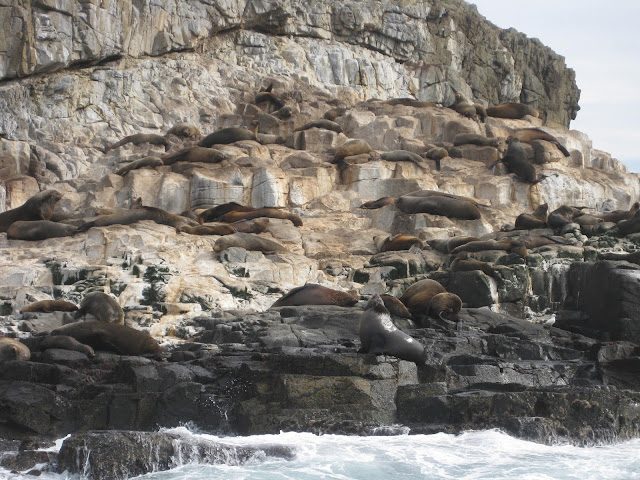 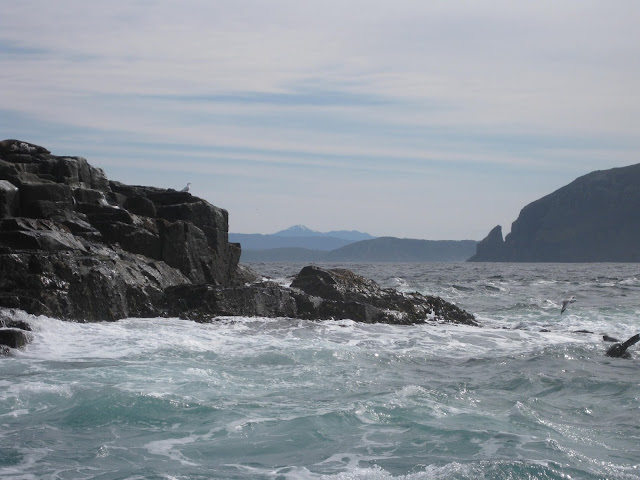 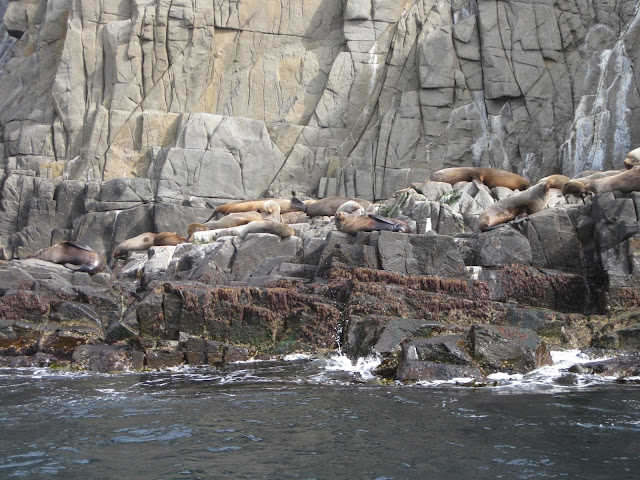 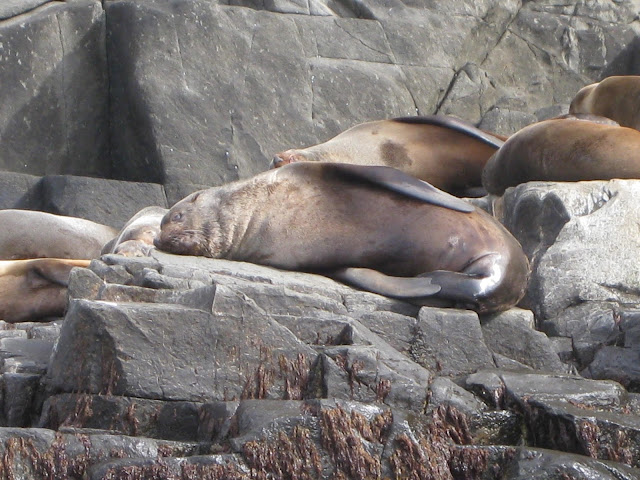 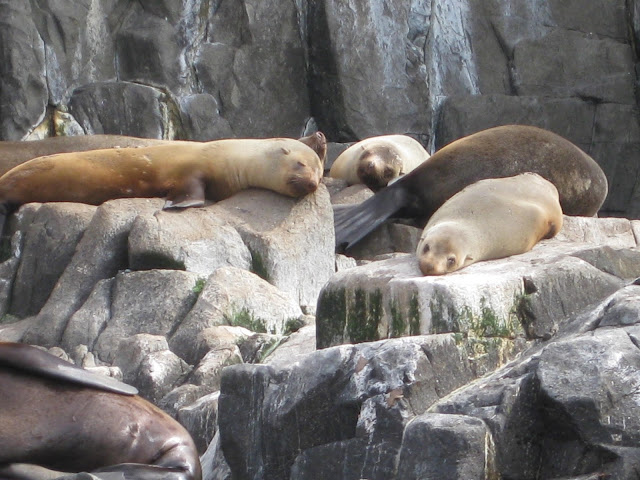 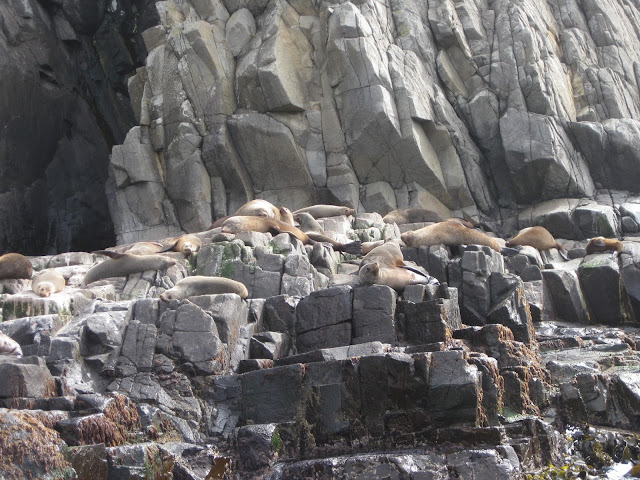 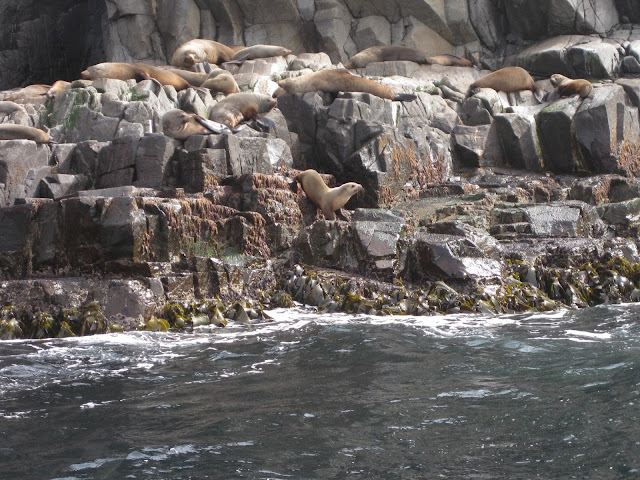 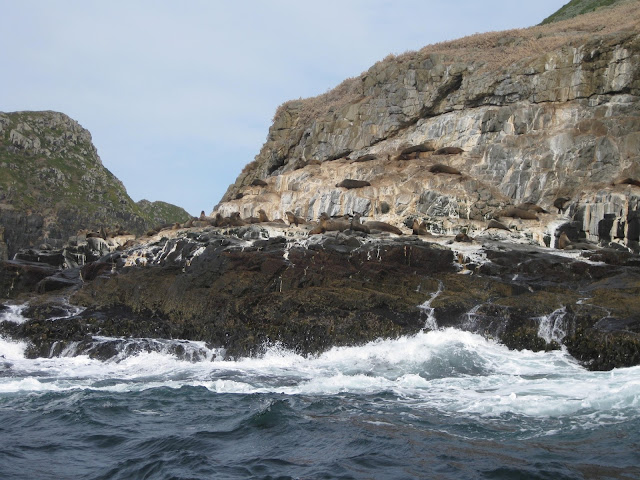 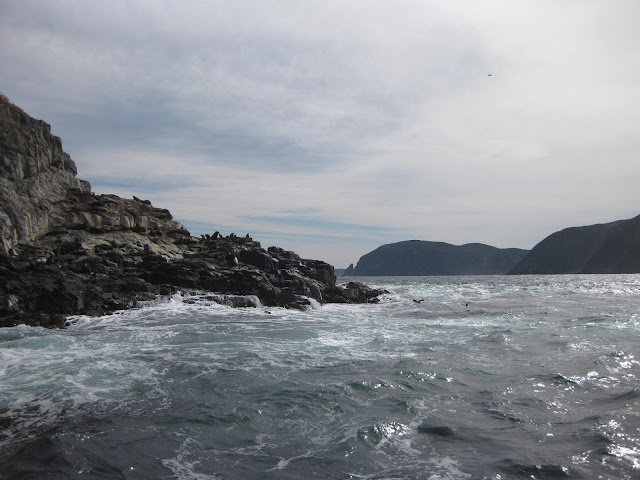 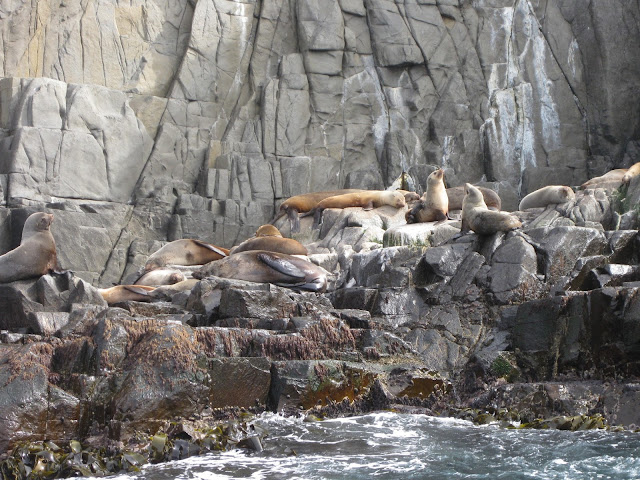 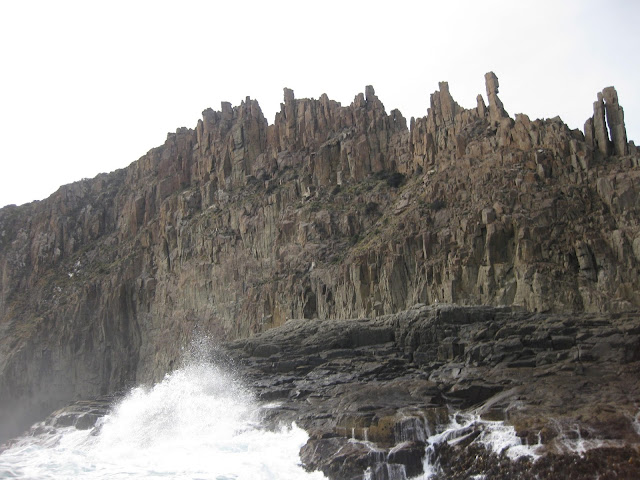 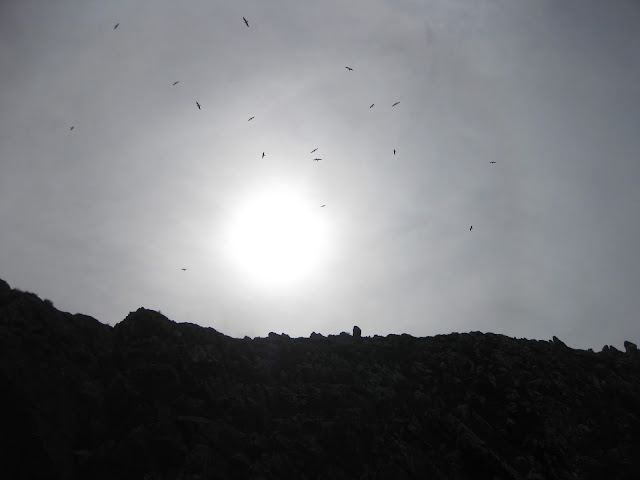