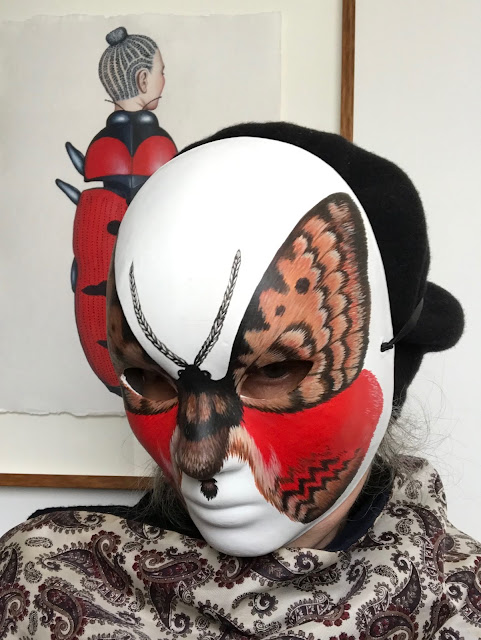 Pictured above: Covert Covid 12: Self-portrait in Chenuala heliaspis Moth Mask, (1)  the final work in a set of twelve, created in as many days during life in lockdown.

"In the event of an oxygen shortage on airplanes, mothers of young children are always reminded to put on their own oxygen mask first, better to assist the children with theirs. The same tactic is necessary on terra firma. There's no way of sustaining our children if we don't first rescue ourselves. I don't call that selfish behaviour. I call it love".
- Joyce Maynard.

The masks in this series (scroll down to see the previous eleven) were originally conceived in 2010 as a relatively small part of a substantial body of work relating to my feminist fairy tale, The Story of the Moth Masks (2008). Somewhat overlooked at the time, the masks now seem uncannily prescient. Ten years on, they've finally found their proper place, although as yet, there's no fairy tale ending in sight. 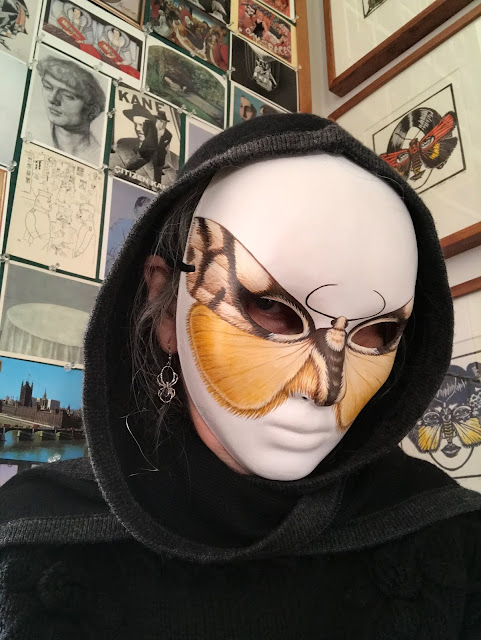 Covert Covid 11: Self-portrait in Scaptesyle dichotoma Moth Mask (1), the penultimate instalment of a series created in my Covid Cave in Ballarat East over twelve days of life in lockdown. 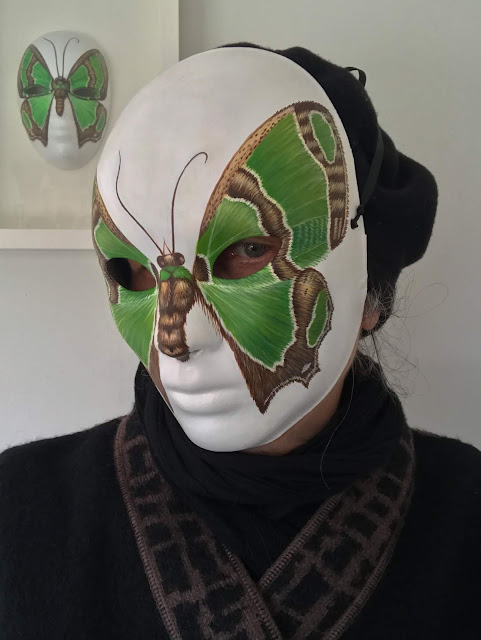 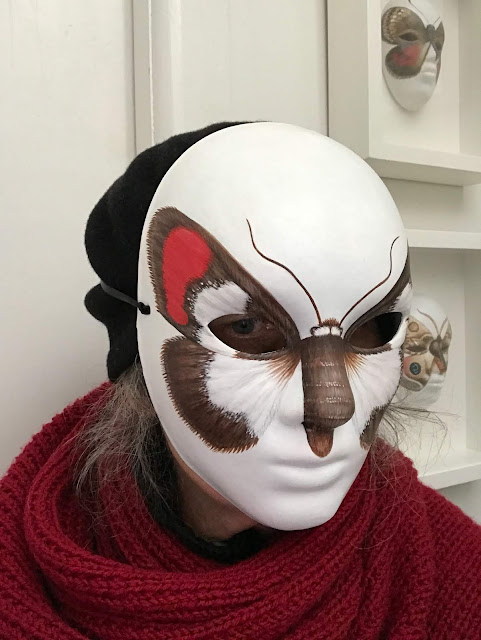 “The human face is, after all, nothing more or less than a mask”
- Agatha Christie. 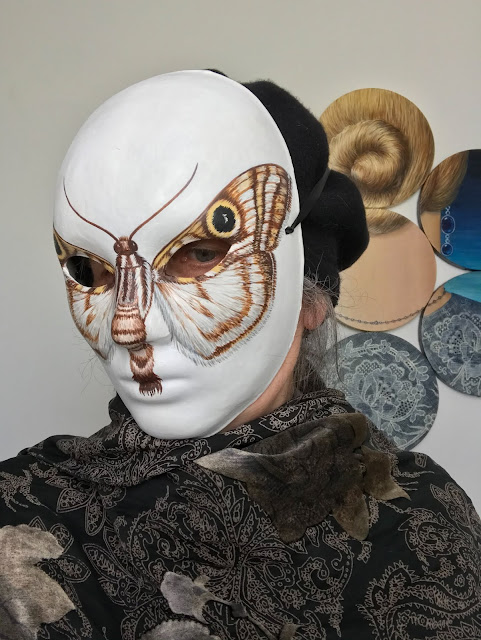 Covert Covid 8: Self-portrait in Dysallacta megalopa Moth Mask (1) #8 in a sequence of 12. 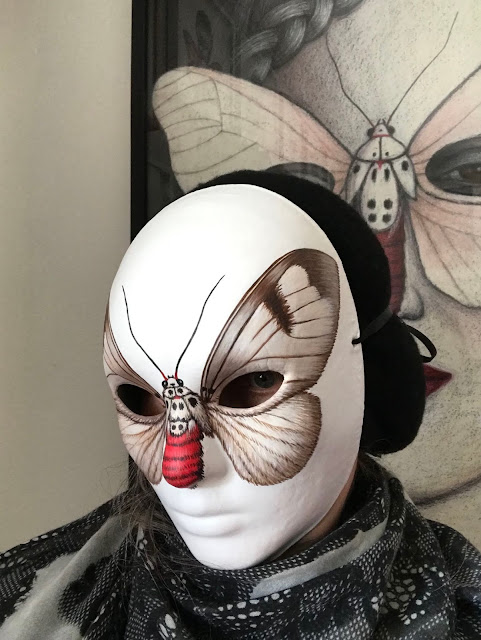 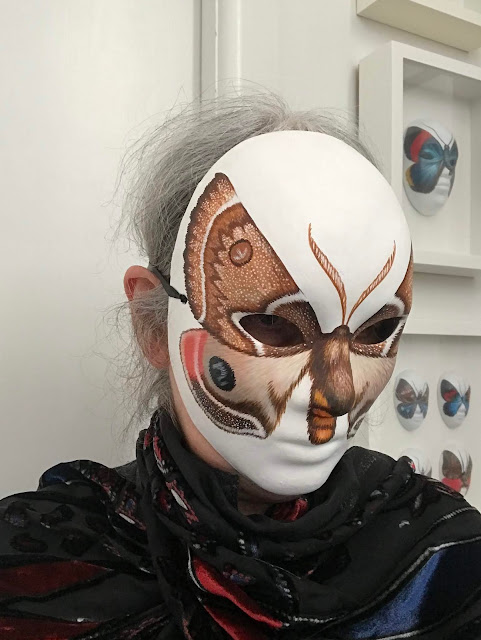 "Man is least himself when he talks in his own person. Give him a mask, and he will tell you the truth"
- Oscar Wilde. 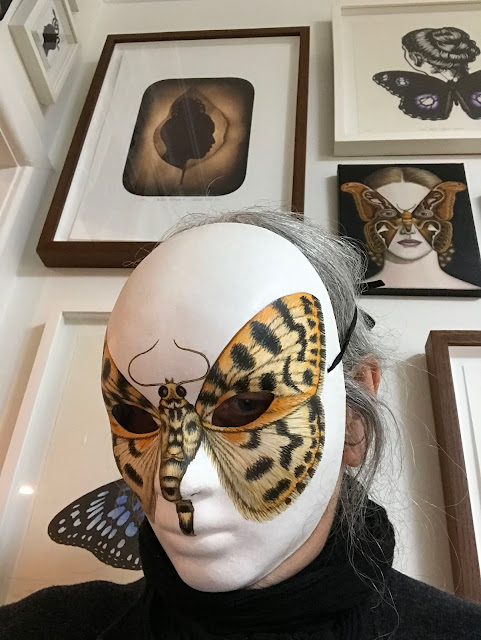 Covert Covid 5: Self-portrait in Conogethes tharsalea Moth Mask, (1) the fifth in an ongoing series reflecting on social isolation and life in lockdown. 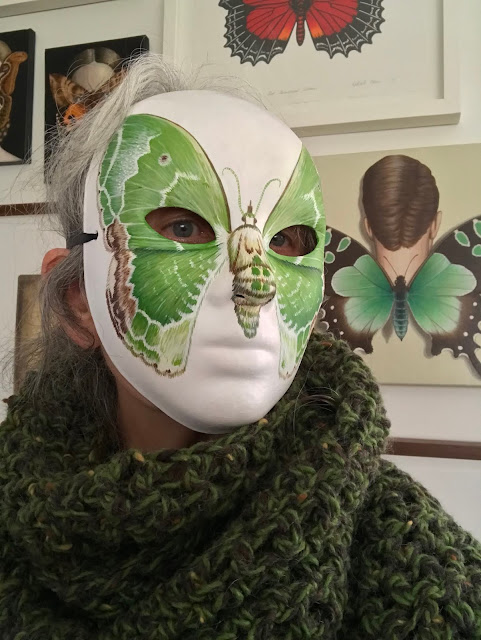 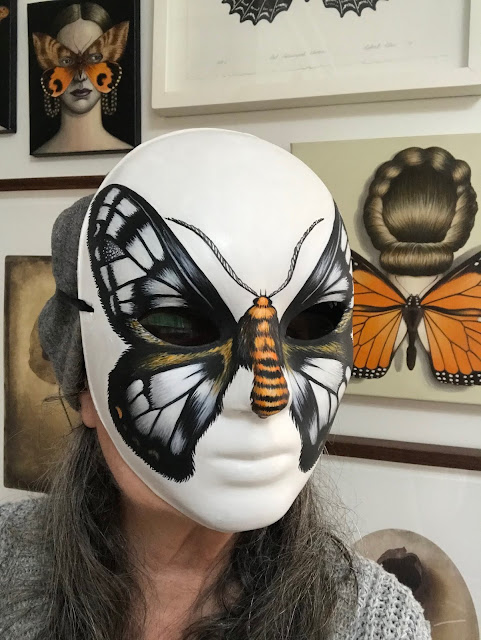 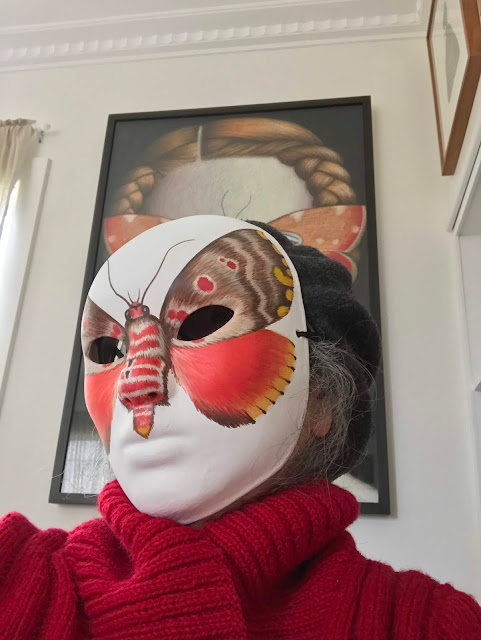 A personal response to social isolation and life in lockdown. 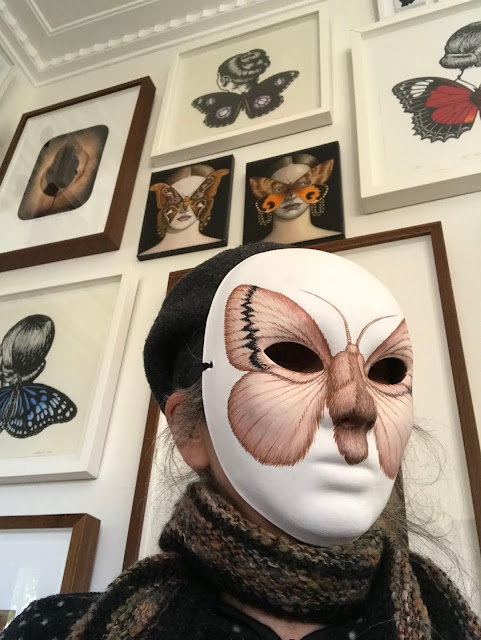 In the latest instalment of its long, complex history, the mask has become emblematic of these troubled times. It seems the moth masks I created several years ago have finally come into their own. A spontaneous photograph, snapped during a recent studio clear up, has inadvertently spawned an ongoing series, COVERT COVID, a personal response to social distancing and life in lockdown.

Until the world is well again 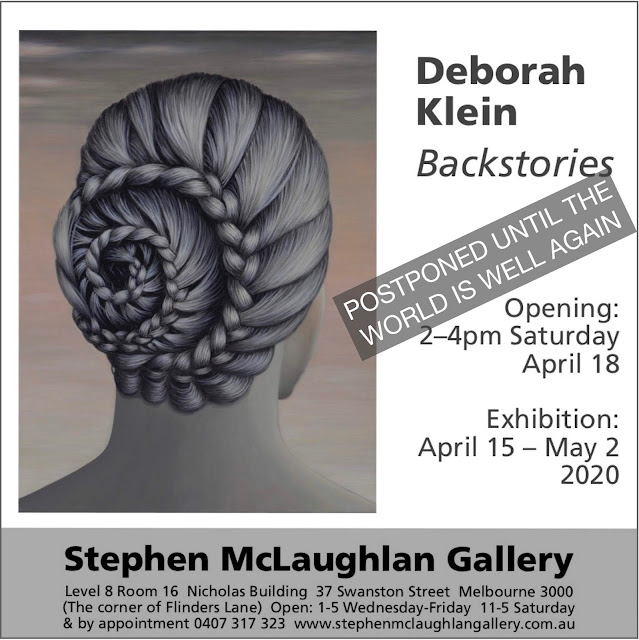 With a tinge of regret, it dawns on me that my solo show at Stephen McLaughlan Gallery was due to open today. Looking on the bright side, however, its postponement will enable me to realise ideas for three additional paintings that wouldn't otherwise have seen the light of day.

The first of these, Maytime, shown in its early stages below, is now close to resolution. 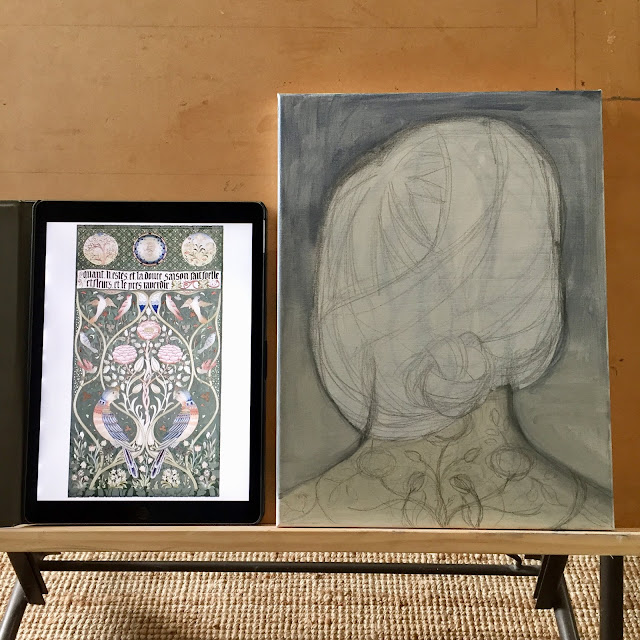 The pattern on my protagonist's elaborately tattooed back (it was the devil of a thing to paint) is based on a detail from Autumn and Winter, an embroidery by May Morris, a prolific and influential designer and embroiderer whose works are sometimes erroneously attributed to her more famous father, William Morris. There will be more about May Morris in future posts.


I've learned a great deal from making this work, particularly in regard to the handling of paint, and have been able to apply some of that knowledge to a couple of earlier works that were sorely in need of fine-tuning. The paintings Snake Tattoo and Rambling Rose were made in the small third bedroom of my former house, which served as a makeshift studio in the lead up to last year's move. The light in there was poor and this translated into the works as a kind of dull airlessness. Their tonal imbalance, painfully obvious in my new well-lit studio, has hopefully been corrected. 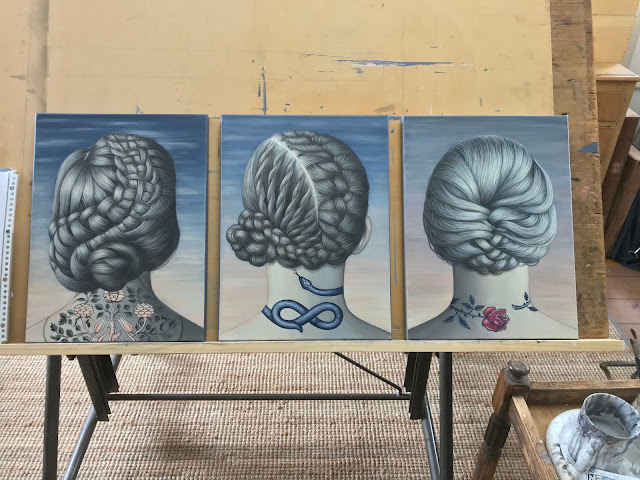 In the past few weeks there have been days when I couldn't face going into the studio. The most important lesson I've learned of late is that in a world over which I have no control, being in there is my salvation. The show may not go on - at least, for now - but the work can still continue. 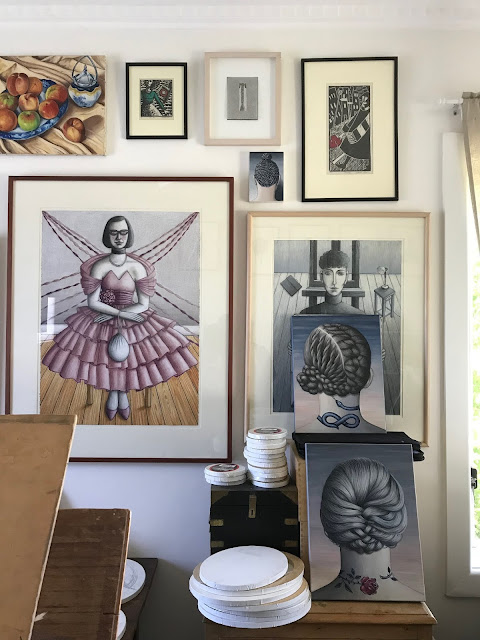 Posted by Deborah Klein at 8:48 AM