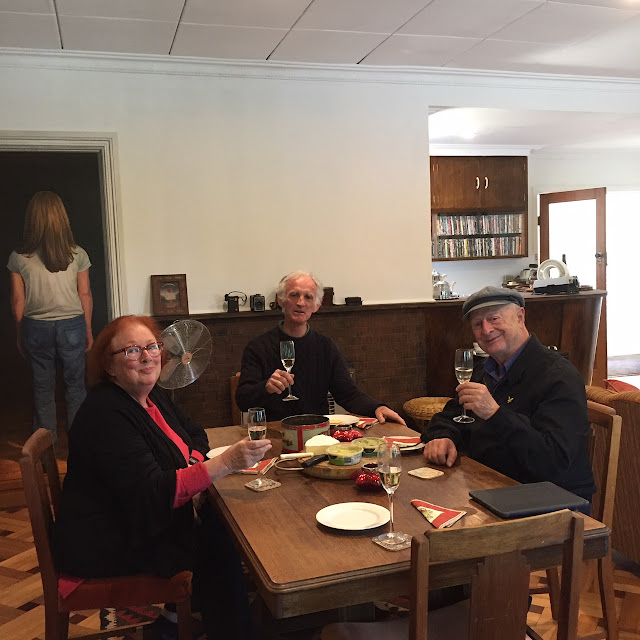 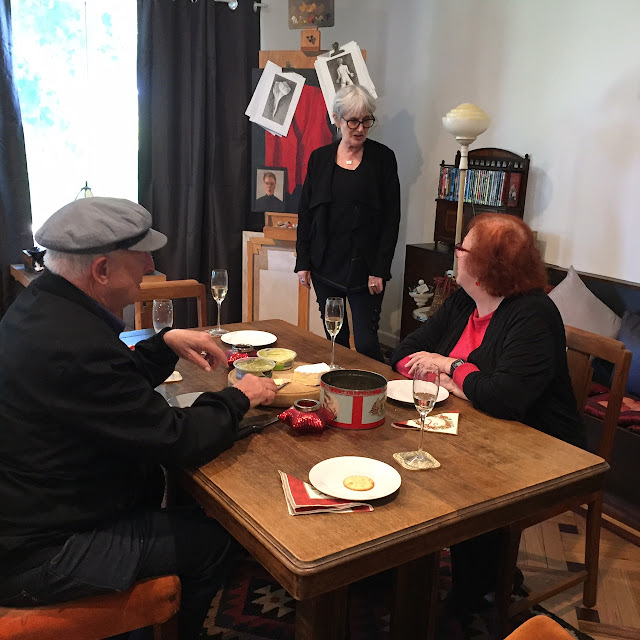 Settlement of my house in Bradshaw Street on December 11 (see previous post) coincided with a visit to Eureka Street from two Melbourne friends, Anne and Nathan Moshinsky. They are among several people we initially met through our mutual friend, Ross Campbell, with whom we share a love of film. (Leigh Hobbs is another - see the final photo below). Not surprisingly, Nathan and Anne were especially drawn to the cinema room on the first floor. We'd originally planned to go out for brunch. But no one wanted to leave, so we celebrated in our new home.

All artworks in the cinema room, including the trompe l'oeil painting of a figure in a doorway on the lefthand side, top, and the easel painting above, centre, are by Shane Jones.

Shane and Nathan (who is also a keen painter) were soon immersed in an in-depth discussion about art. Note Alice's attempts to distract them. When all else fails, she finds that clawking the sofa never fails to achieve the desired response. 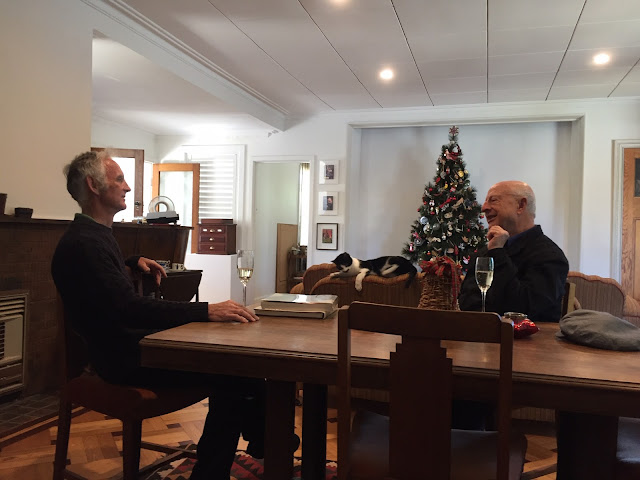 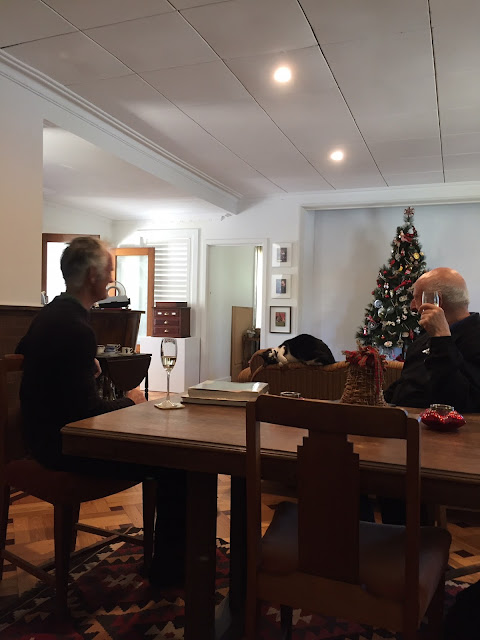 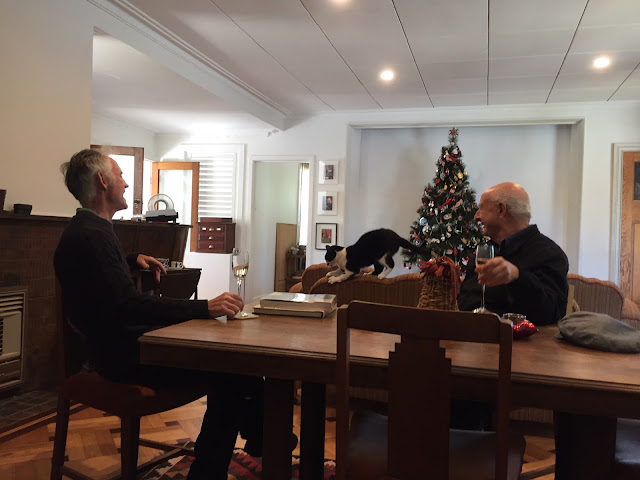 Later that day, Shane and I drove to Melbourne for screenings of The Long Day Closes and The Neon Bible at Melbourne Cinematheque, both of which are part of the current Terrence Davies season. (Davies is one of our favourite directors). December 11 is also the birthday of my gorgeous sister-in-law, Patricia Gillard (pictured below, right) and we met her for a celebratory drink beforehand. We were briefly joined, via a series of happy coincidences, by our dear friend, Leigh Hobbs (second from right). 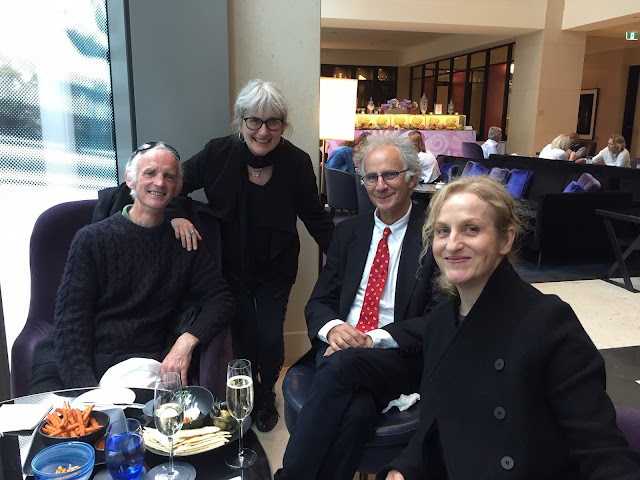 Posted by Deborah Klein at 7:06 AM