A Trip to Hobart, Part 3: the Tasmanian Museum and Art Gallery


We were incredibly fortunate with the weather during our brief stay in Hobart. The one day it rained with any serious intent was a museum day. Shane's facial expression says it all. As he literally walks on water, he is clearly willing me to take this shot before the next downpour.

The Tasmanian Museum and Art Gallery has undergone extensive renovation since our last trip to Hobart in 2002. It’s a brilliant museum with a fantastic collection, including a veritable treasure trove of potential reference material for my own work.

This post features a mere fraction of the museum's gems.


Just inside the entrance are a selection of fittings, furniture and relics from Palfreyman’s Pharmacy (1860-1961). To read about its history, click on the image below: 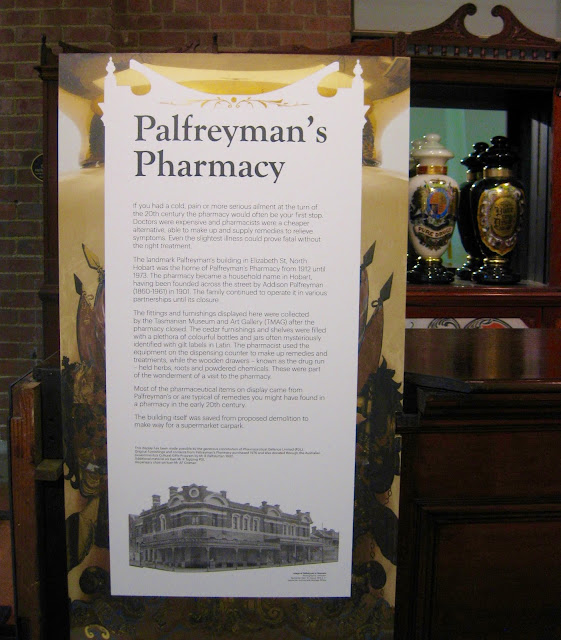 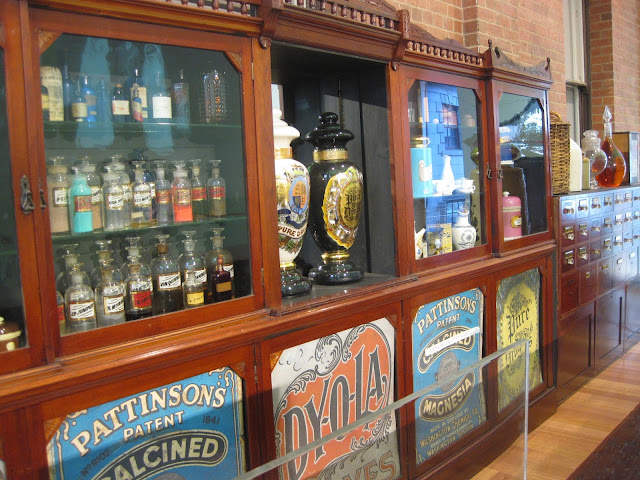 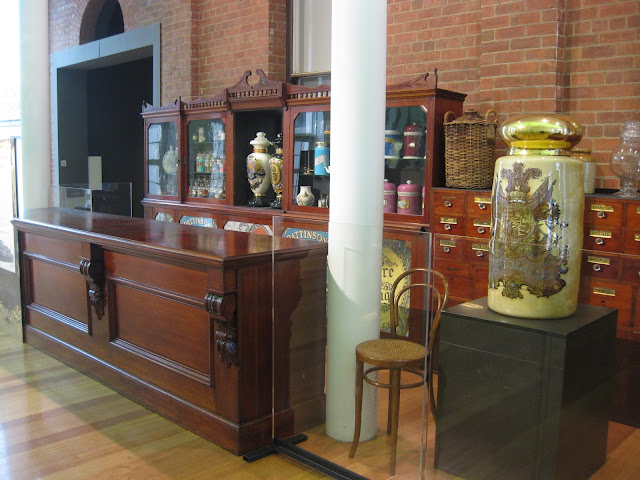 Pictured below is the museum's Central Gallery, viewed from the upper level: 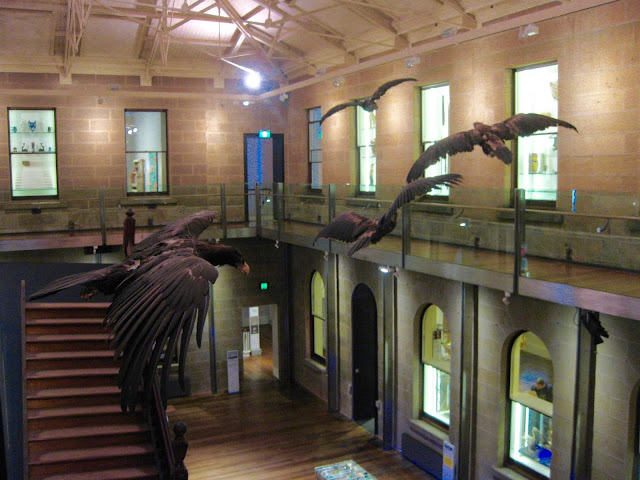 My imagination was caught by these garlands of beetles, displayed on interior windows on the ground floor level of the Central Gallery: 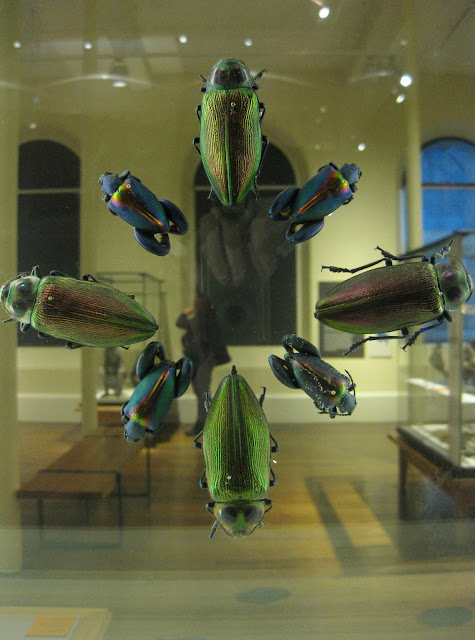 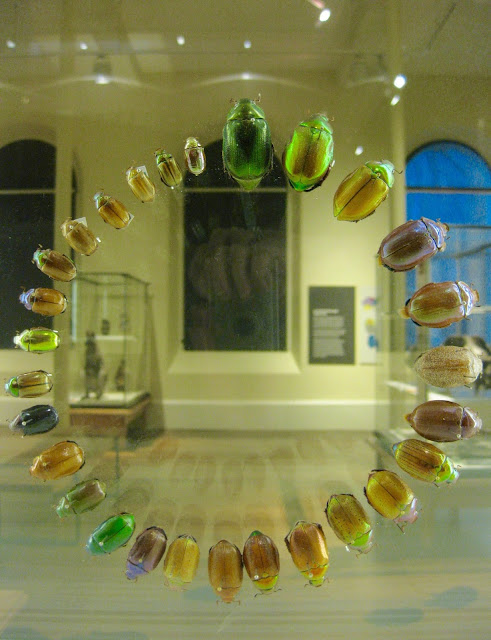 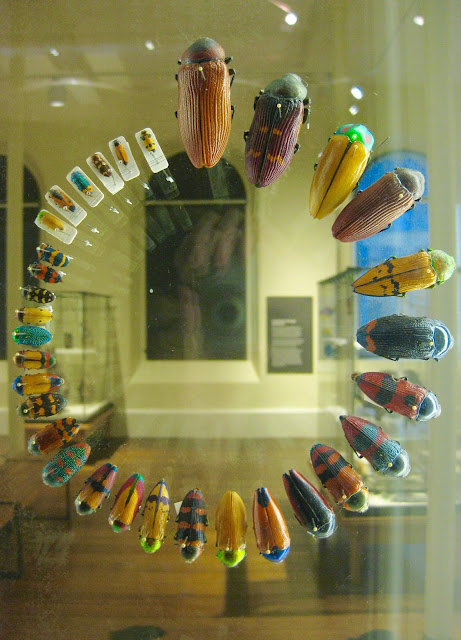 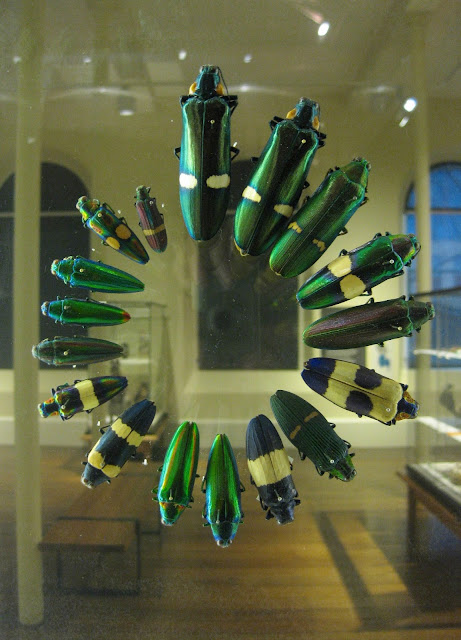 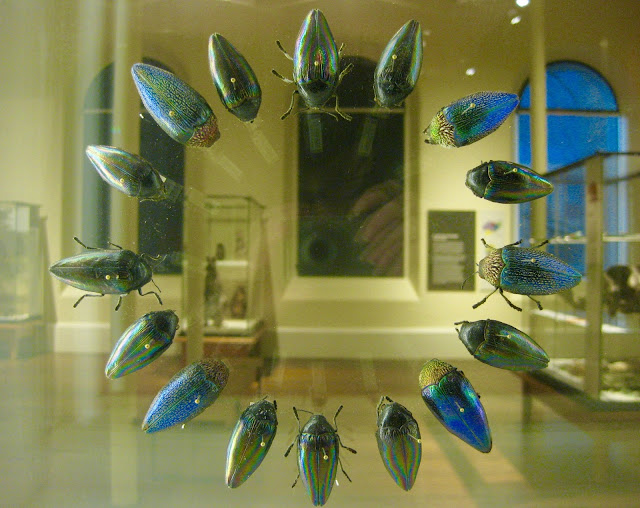 A room devoted to the long-extinct thylacine (once more commonly known as the Tasmanian Tiger) lent a poignant note to our visit: 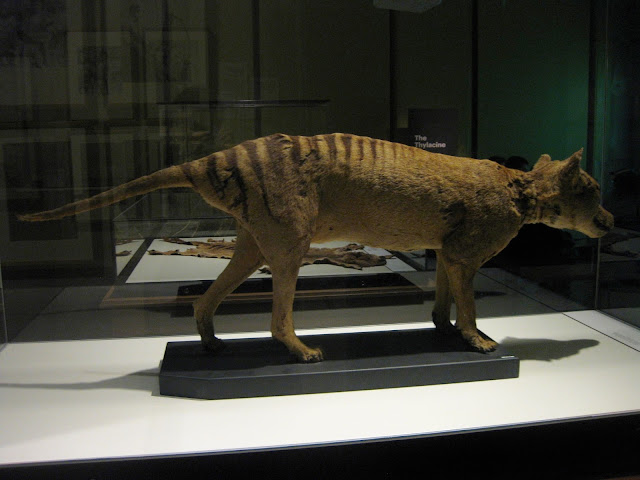 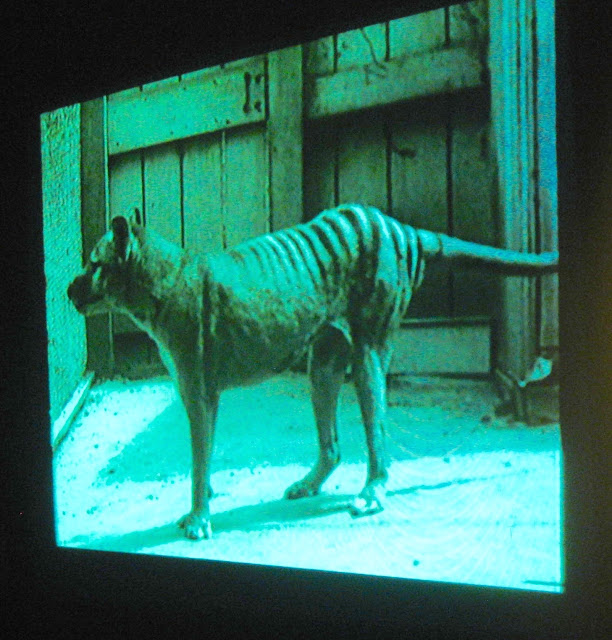 I’ve transcribed the following from the label that accompanied the short film of the last survivor of the species:

As the largest carnivorous mammal in Van Diemen’s Land, the thylacine was persecuted and killed by graziers, who saw the animals as a threat to their flocks.

The Van Diemen’s Land Company offered a thylacine reward and even employed a ‘tiger man’ to hunt them. Agricultural societies also offered rewards, such as the Buckland and Spring Bay Tiger and Eagle Extermination Society in 1884. Several animals came to the museum from this society. 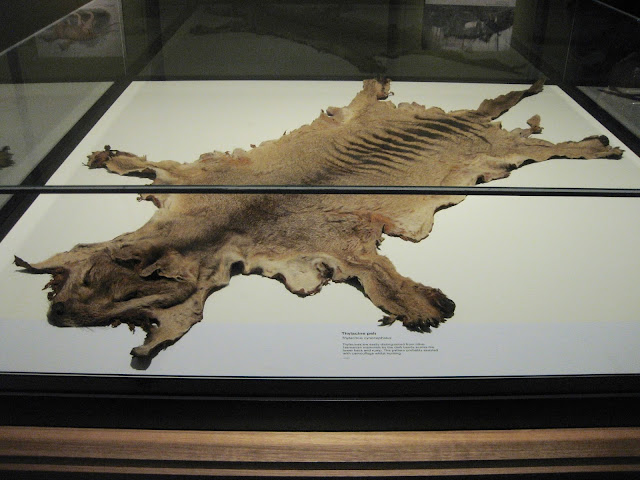 However most destructive of all was the Tasmanian Government legislation of 1888 targeting the thylacine. This established a bounty of one pound per adult and ten shillings per young. More than 2,000 payments were made between 1888 and 1909.

The last known thylacine died in the Hobart Zoo on 7 September 1836. 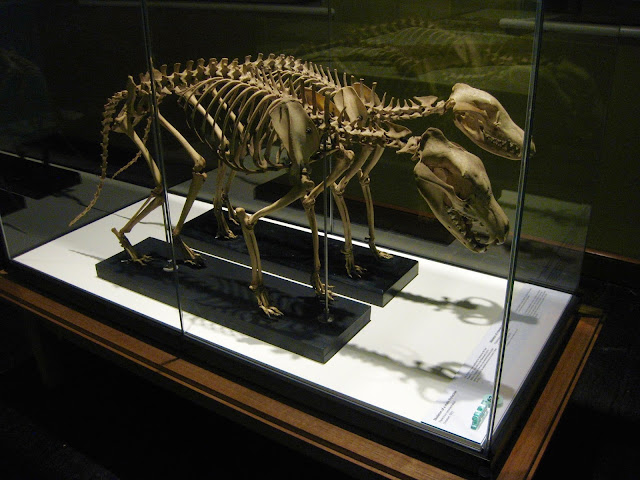 We missed this tragic anniversary by only a day; coincidentally, our visit to the museum was on 8 September.

Thankfully not extinct is the Tasmanian Woolf Spider. This view was taken through a magnifying glass: 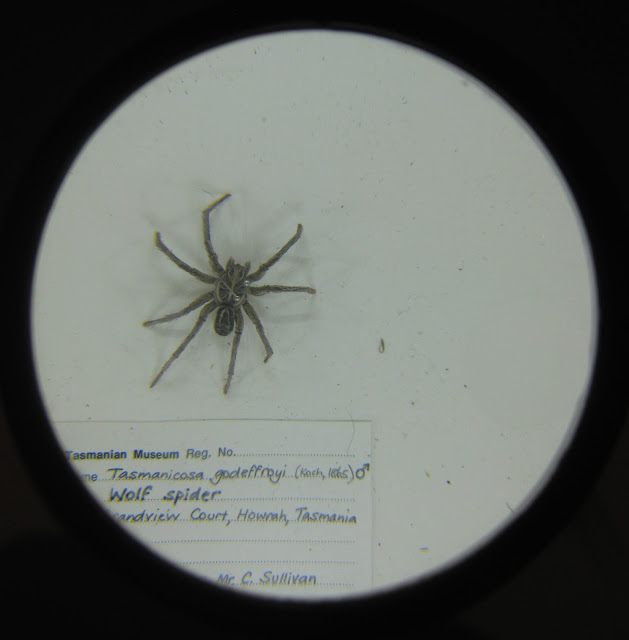 The following two exhibits are displayed in the Bond Store, the section of the museum that focuses on 19th century Tasmania:


The notes below were copied out from the museum's label:

English schoolboy Thomas Judd arrived in Tasmania in 1842. He had always been interested in natural history and spent much of his time collecting, identifying, setting and pinning these specimens. Thomas’s family sold many of their belongings before moving to Tasmania, but Thomas brought this collection with him. He had made the case himself and it includes a secret compartment in the bottom drawer – no doubt to house his most treasured specimens. When rediscovered, the drawer held Thomas’s scientific notebook and some edelweiss that he had collected in Switzerland in 1898.

This remarkable example of a collection demonstrates the passion, time and effort that many untrained people put into recording and preserving nature.

The wax floral display by Eliza McMahon pictured below is somewhat unusual in that it includes Tasmanian native flora. (Australian flora wouldn’t be fully embraced in Australian art until the next century, most notably in the linocuts and paintings of Margaret Preston). Included in this arrangement are Christmas bells, a pandani flower, epacris, leucopogon, acacia, clematis and purple apple berry.

Posted by Deborah Klein at 8:30 PM