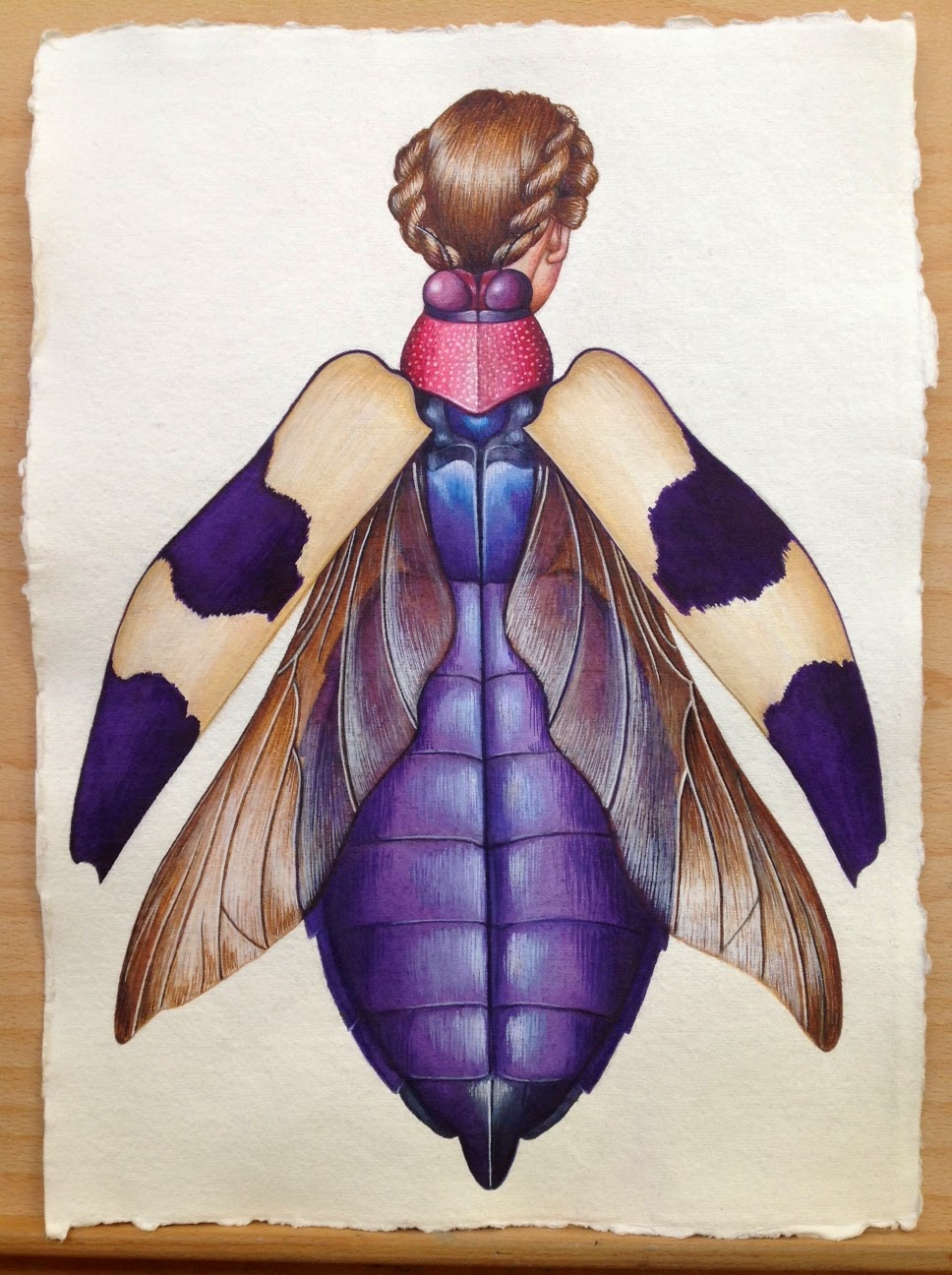 The Buprestidae family of Jewel beetles is named for their spectacular iridescent colours. In my opinion, Chrysochroa buqueti is one of the finest. This is no mean claim, as to date, over 15,000 of the species are known.

Rather less is known about the recently discovered hybrid pictured here, one of two homo-insecta that I managed to capture on paper in between attending screenings at the recent Melbourne International Film Fesitval. (See also blog post Tuesday, August 19).

Despite her flamboyant colours, the Chrysochroa buqueti Beetle Woman proved to be very reticent; she was hard to pin down, metaphorically speaking. Several additional sightings were required before an accurate likeness could be captured and the image finally published.

Pictured below: a sequence of developmental images, followed by the homo-insecta's not-so-distant forbear, the Malaysian Chrysochroa buqueti beetle. 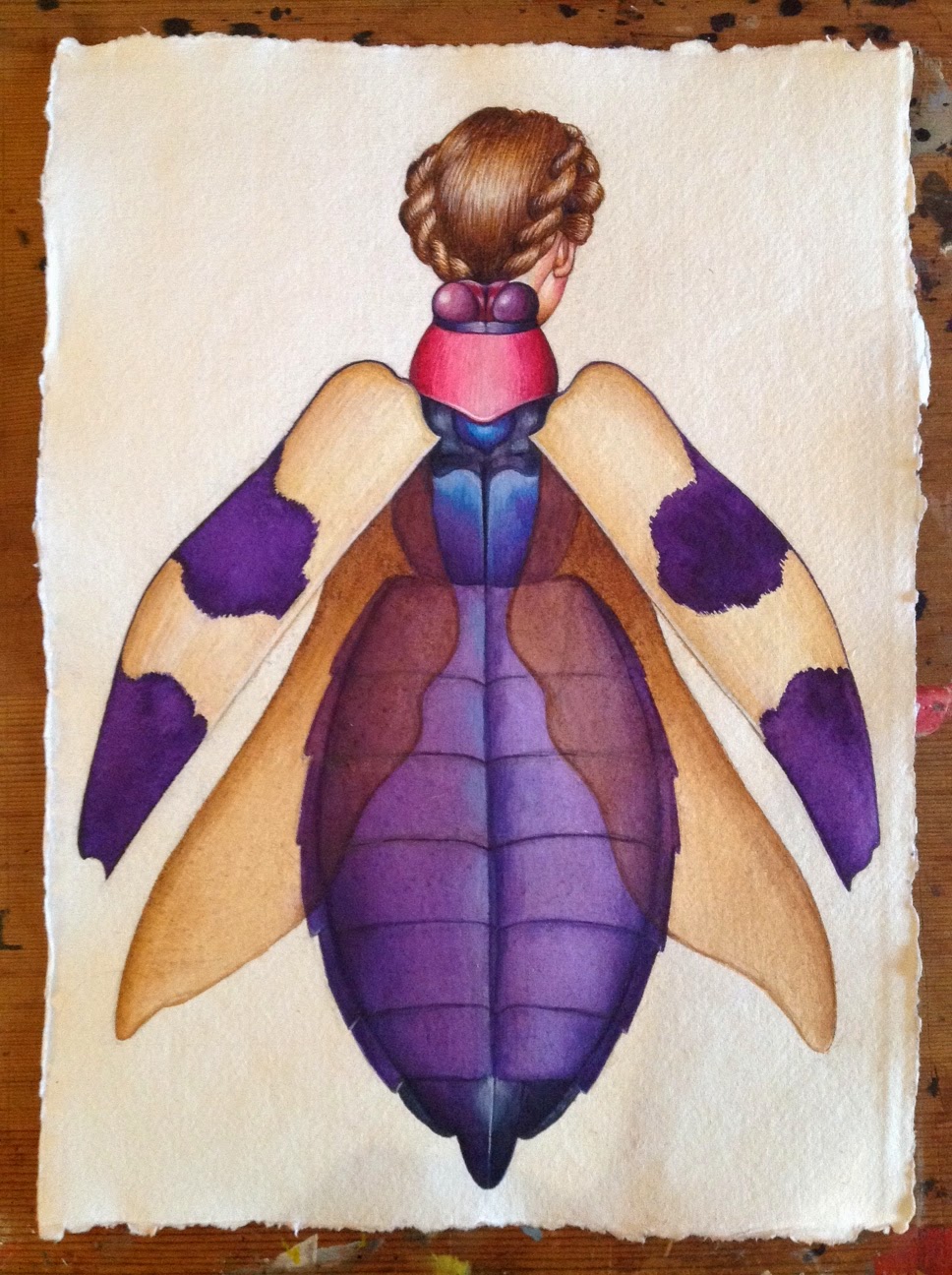 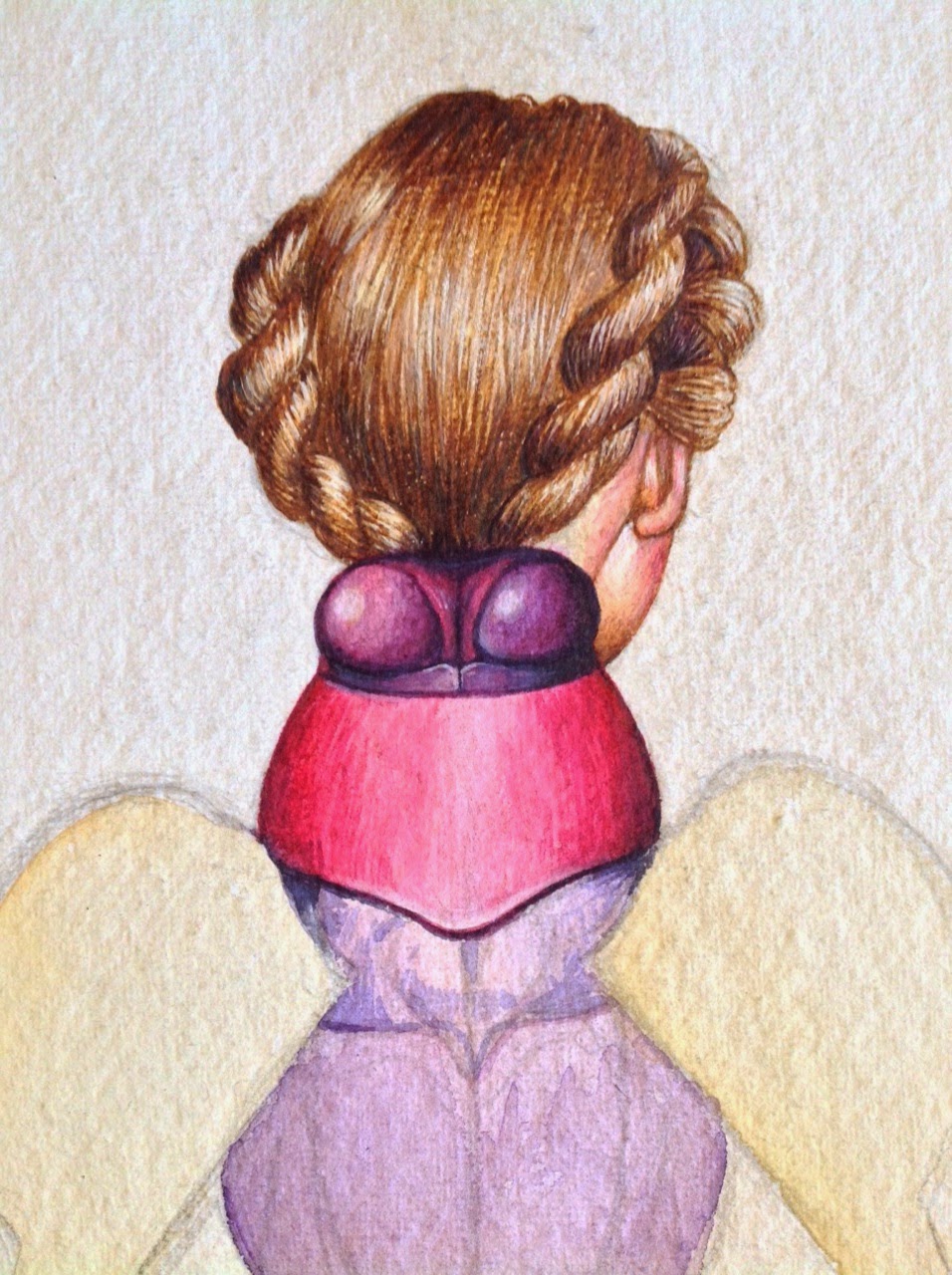 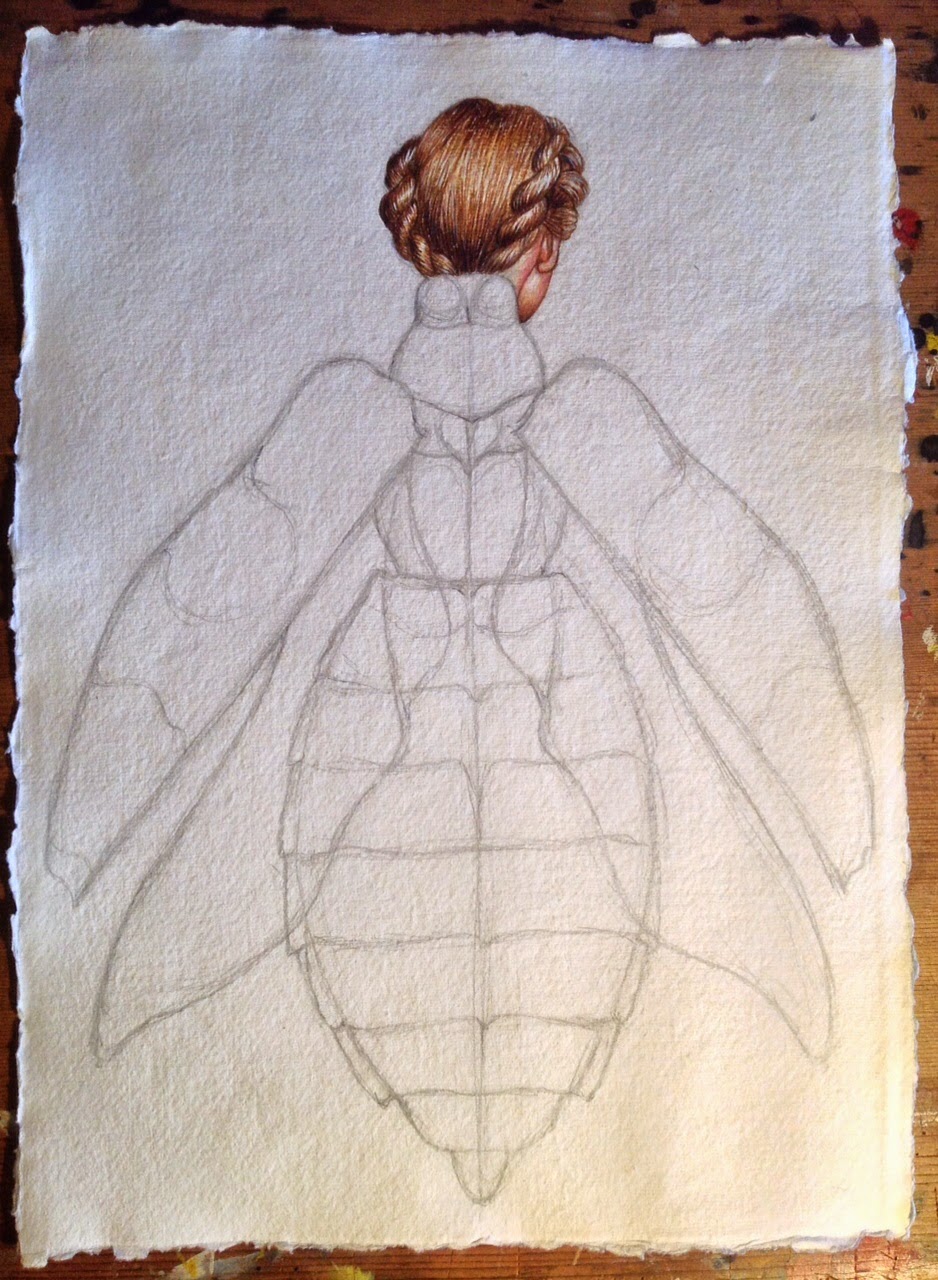 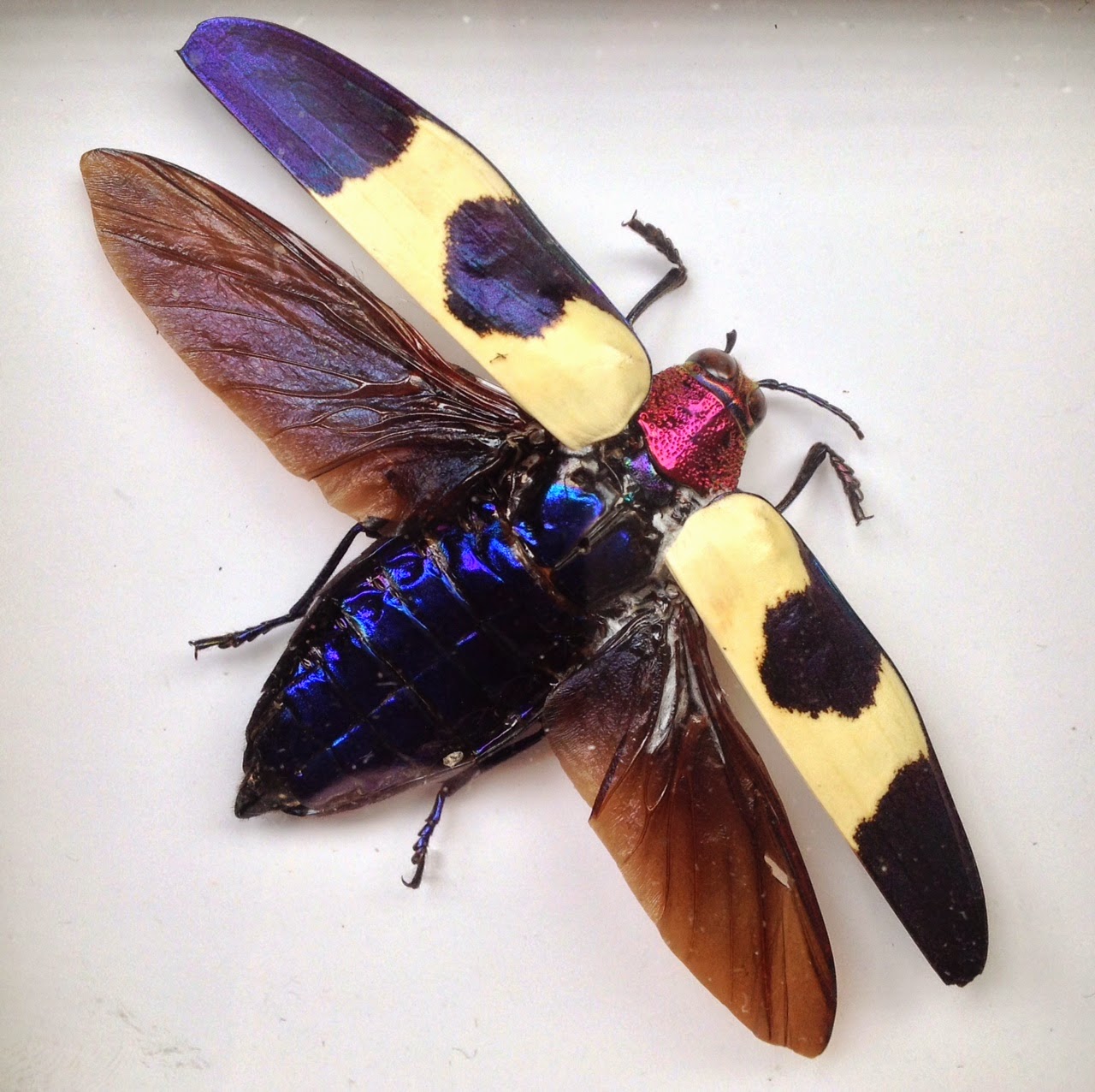 Posted by Deborah Klein at 4:10 PM