A visit to Adelaide, Part 2

Following are more pictorial highlights of our recent sojourn in Adelaide.

One of our favourite places in South Australia is the historic property Carrick Hill, located at the foot of the Adelaide Hills in suburban Springfield. Carrick Hill House was completed in 1939. It was the home of Sir Edward Hayward and his wife Lady Ursula (née Barr-Smith). The house, its contents and grounds remain largely intact. For me, Carrick Hill’s greatest draw card is its extraordinary permanent collection, especially the twentieth century British art, including works by Stanley Spencer, Augustus John, Gwen John and Jacob Epstein. After Sir Edward Hayward’s death in 1983 (his wife had predeceased him) the house was bequeathed to the state. You can read about the property HERE and its collection HERE.


On the way home from Carrick Hill my uncle was keen to show us the grave of composer Percy Grainger. I’ve always found old cemeteries fascinating, but had never before visited Adelaide Cemetery. By sheer accident, I discovered the grave of Adelaide born writer and artist Barbara Hanrahan. Back in the 1980s I met her on a couple of occasions, once at the Print Council of Australia, where I worked as an administrative assistant, and some time later when I was printing in the access workshop of the former premises of the Australian Print Workshop in Fitzroy. She was a warm gentle, person, and it was a thrill to meet her. I’m a longtime admirer of her books and artwork, which had a considerable influence on my early work so coming upon her grave was especially poignant. 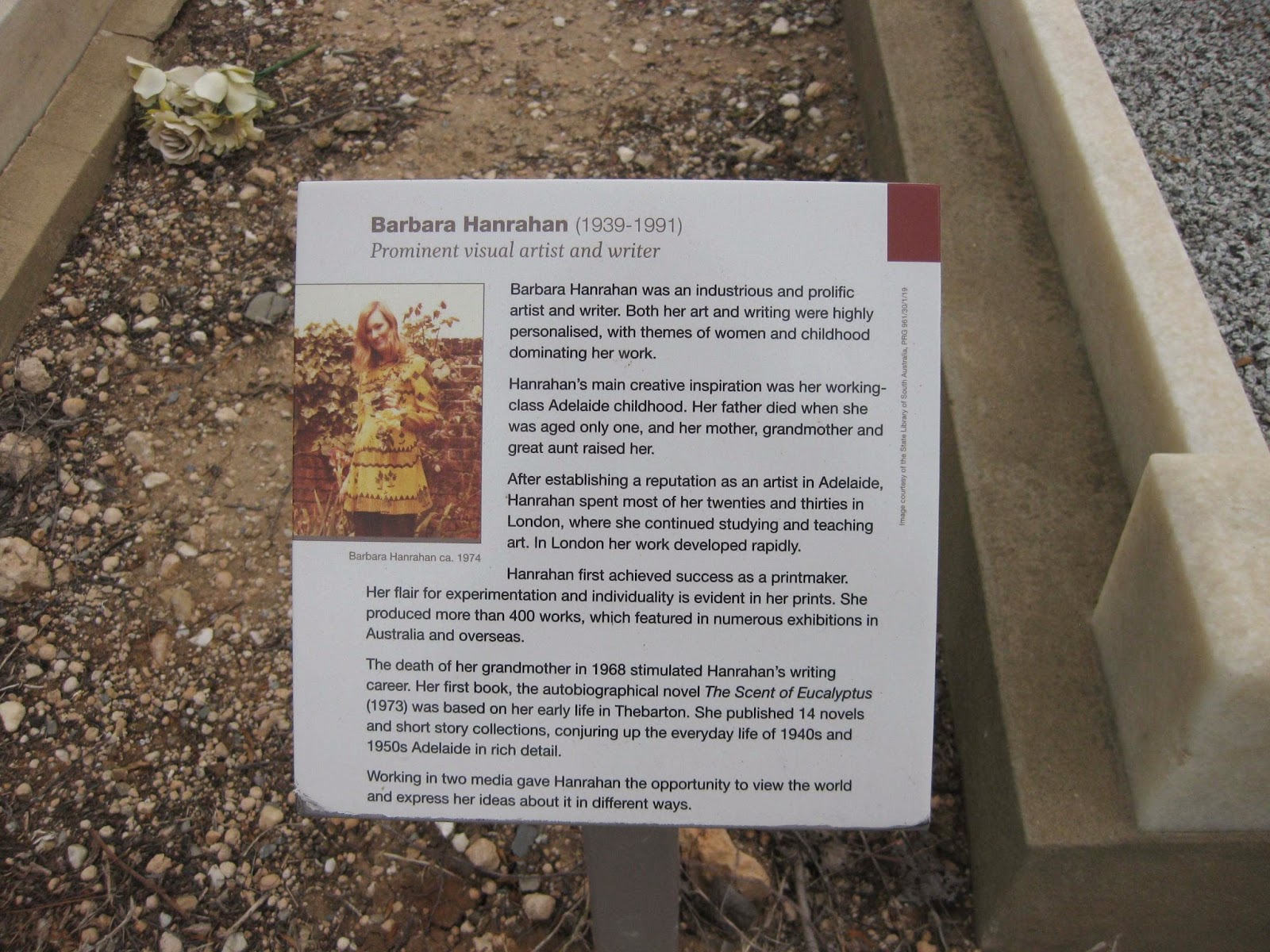 A small selection of Barbara Hanrahan’s work can be viewed HERE and there is a short biography HERE. To hear Hanrahan herself speak about her work, click HERE.
Posted by Deborah Klein at 8:27 AM