Herewith is Catchup Post No. 2. It begins with several photos documenting my second consecutive stint as Printmaking Judge in the Arts, Crafts and Cookery section of the Royal Melbourne Show (23 September - 3 October). This year first-time Painting Judge, Shane Jones, and I joined forces to judge both sections.

Judging took place on Saturday, October 9. We were very ably assisted by Catherine and Helen, two delightful women from the Country Women's Association. There was a lot of work to get through, but we had an absolute ball.


Printmaker Sharron Okines was a multiple prize winner (a First and a Third) with two linocuts from her Kitchenalia series. Her exquisite work, Kitchenalia 1020 (Nan's Crystal Bowl) not only gained a blue ribbon, but was also awarded Best In Show against several strong contenders. Congratulations, Sharron!


RASV judges and other volunteers, including CWA members, are certainly well looked after. Lunch was a fabulous spread. 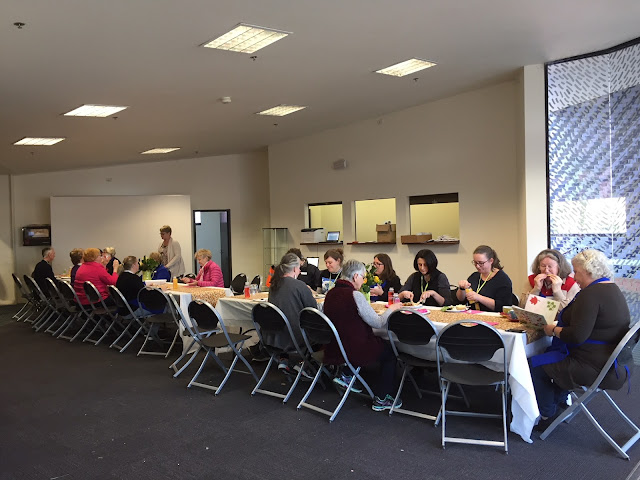 Judging continued until well into the afternoon. Immediately afterwards, I lost no time in checking out the rest of the Arts, Crafts and Cookery entries, including hats: 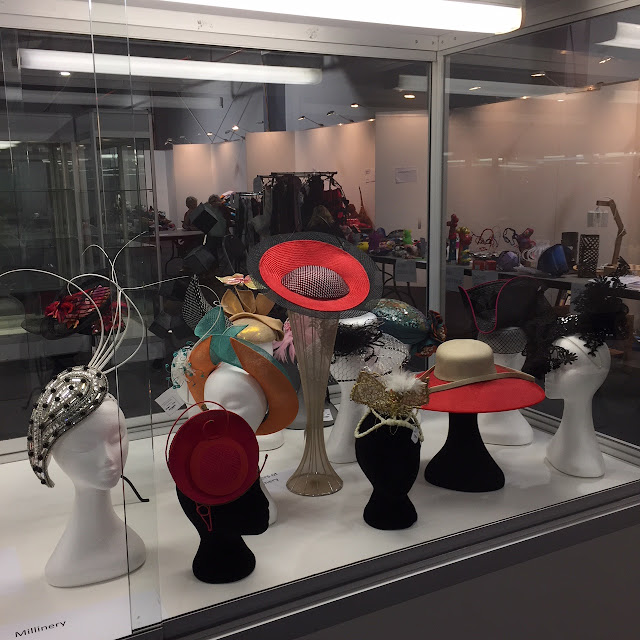 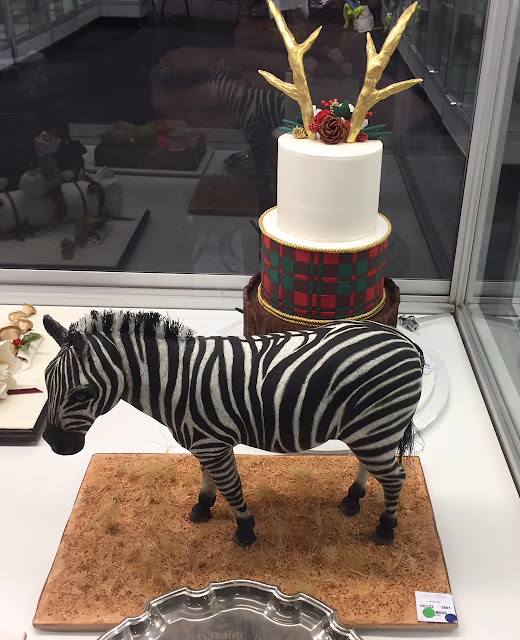 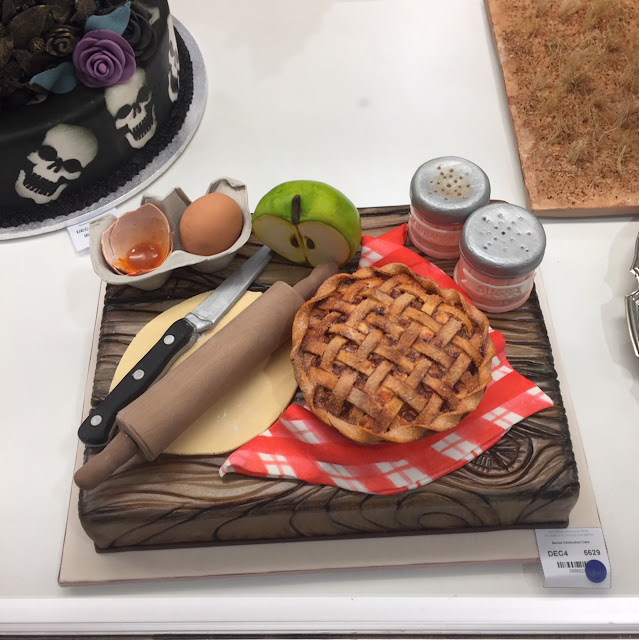 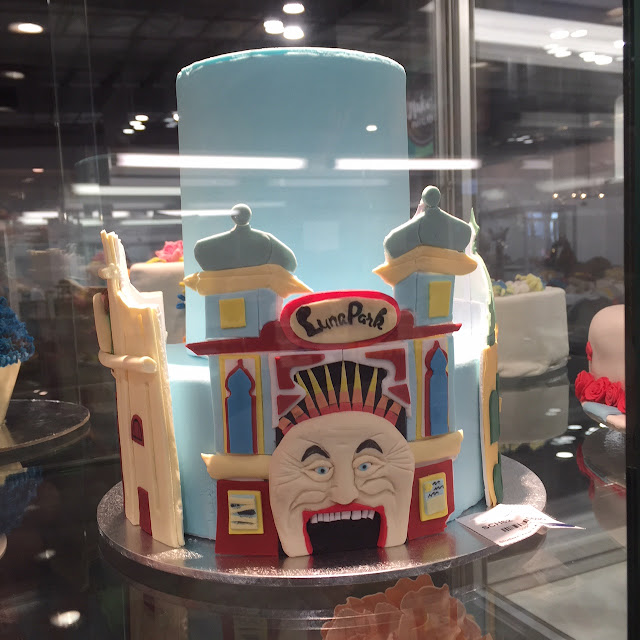 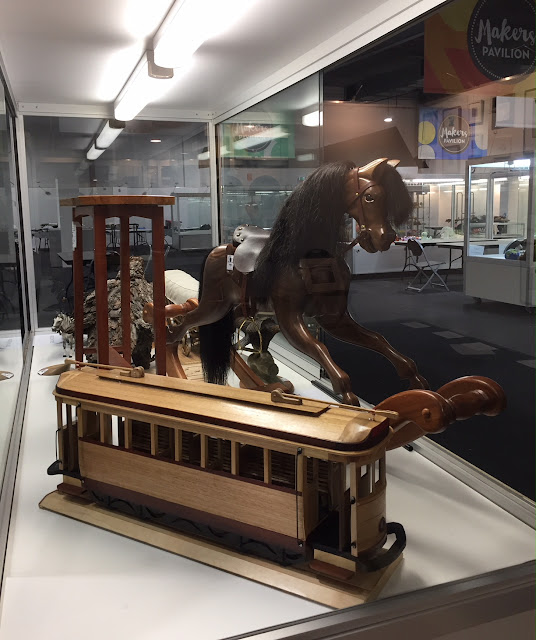 We returned to the Melbourne Show Grounds as visitors on October 2, when we joined our friends Gracia Haby and Louise Jennison for what has become an annual occasion. An added bonus was coinciding with our mutual friend, Jill Kellett, who took the following photo.  It was also great to catch up with our lovely boss, Ramona Barry, head of Arts, Crafts and Cookery.

As always, our favourite part of the Royal Melbourne Show was the animals. Directly below, the reigning champion of the Rescue Dog High Jump, having just scaled what seemed like an impossibly high wall with relative ease, takes a well earned bow. 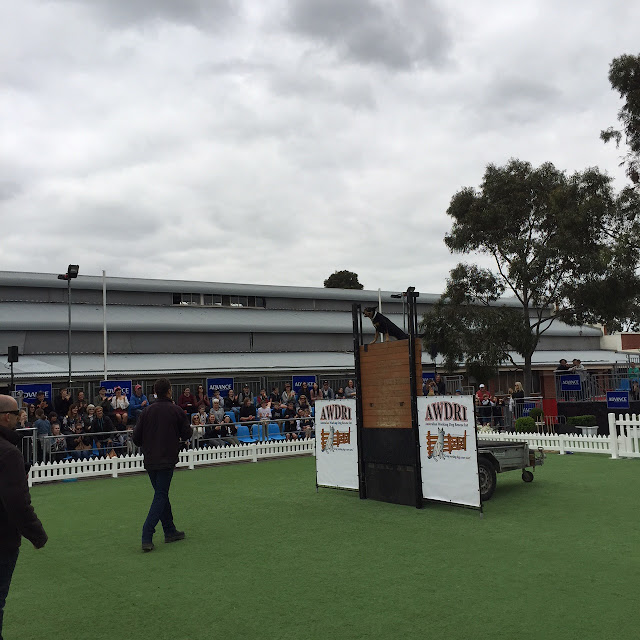 Equally riveting was the short hair cat judging. We are fortunate to be acquainted with Jill Kellett's sister, Dr. Kerry Fowler (pictured below) who is one of Australia's most respected cat judges. 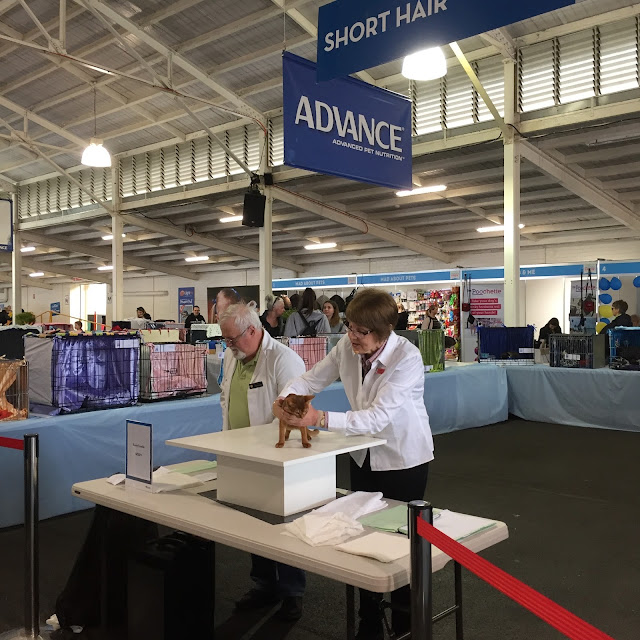 This was the first public appearance of the dear little fellow pictured immediately below. It was hard to believe - Tiger was laid back, affectionate and clearly adored people, all of whom returned the compliment. In the immediate background, right, are Jill Kellett and Louise Jennison. 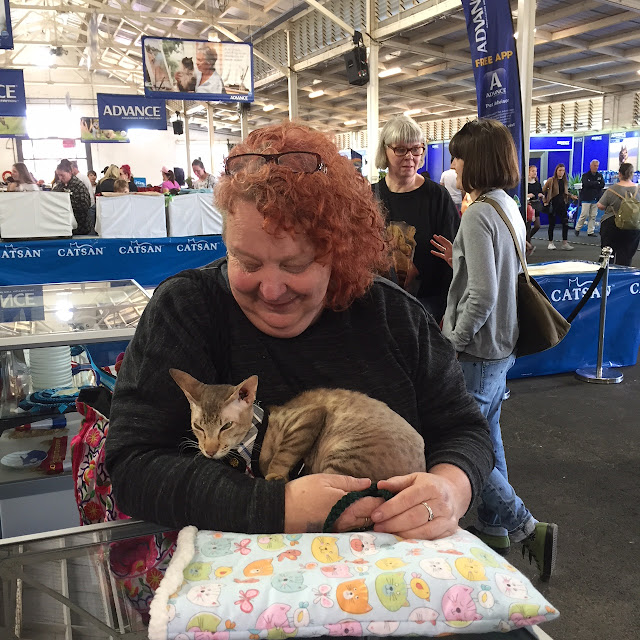 Another highlight was visiting the goats.

Next year Gracia and Louise will be joining the RASV team as paper and book binding judges. Meanwhile, the four of us are eagerly anticipating our visit to the Ballarat Show in November!
Posted by Deborah Klein at 9:55 AM