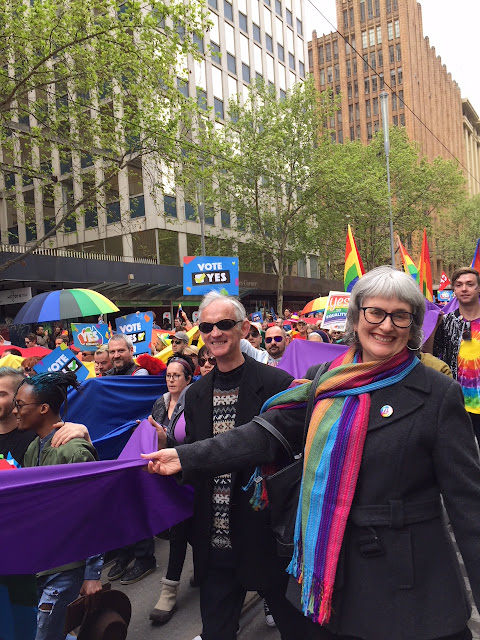 On Sunday, 1 October, Shane Jones and I (see above) joined thousands of people in a rainbow march through the streets of Melbourne to demonstrate our solidarity with LGBT people everywhere and in response to a fiendishly expensive, non-legally binding postal survey in which Australian citizens have been asked to vote on the legality of same sex marriage.

Disregarding chronological order, I've deliberately saved this, my latest Catch Up post, for now, as a timely reminder that a follow-up event, the YES Fest for Marriage Equality, will begin outside the State Library of Victoria this coming Sunday, 22 October, at 1 pm. There will be a short rally, followed by a march through the CBD, finishing at the Alexandra Gardens. During the afternoon there will be speeches from community leaders, political and other high profile figures, dispersed with musical interludes by some fabulous local performers. It's scheduled to end at around 6 pm, so those who can't make the march can still drop by any time before then.

YES Fest is a crucial lead-up to the final event: YES! Marriage Survey Results Announcement outside the State Library of Victoria on 15 November at 10.30 am for an 11.30 am announcement. With hopes high for a positive outcome, there will be an after-party at Trades Hall from 5.30 pm onwards. 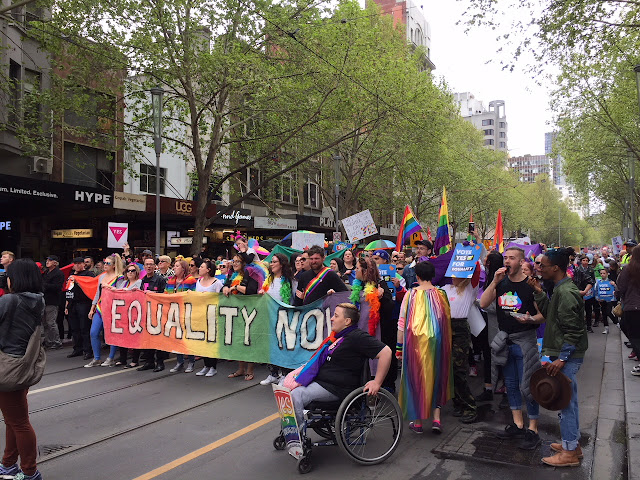 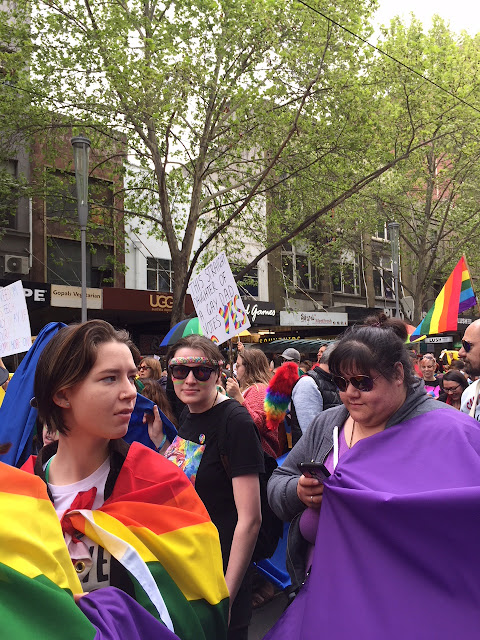 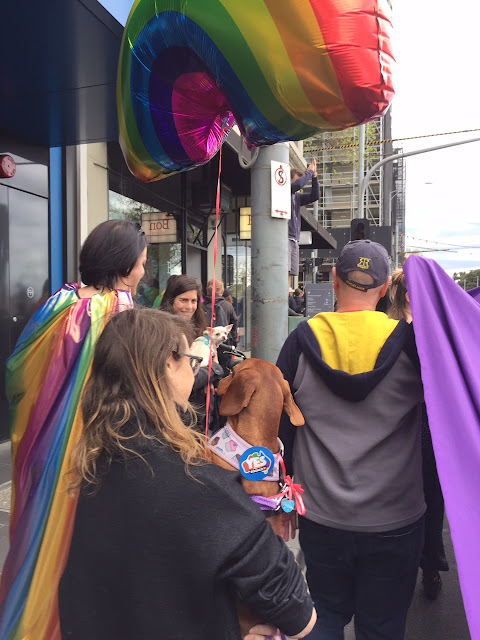 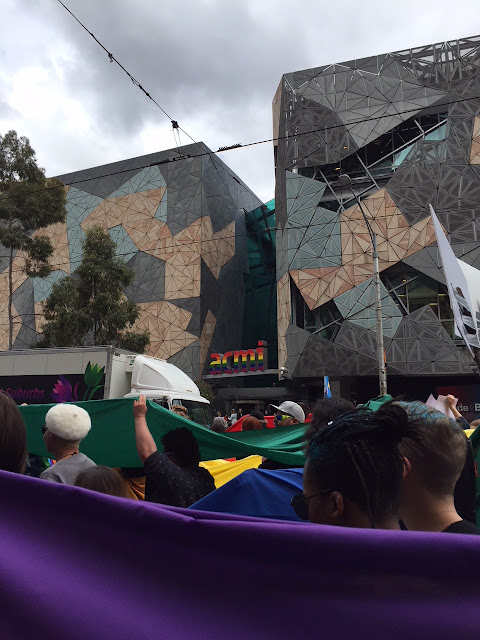