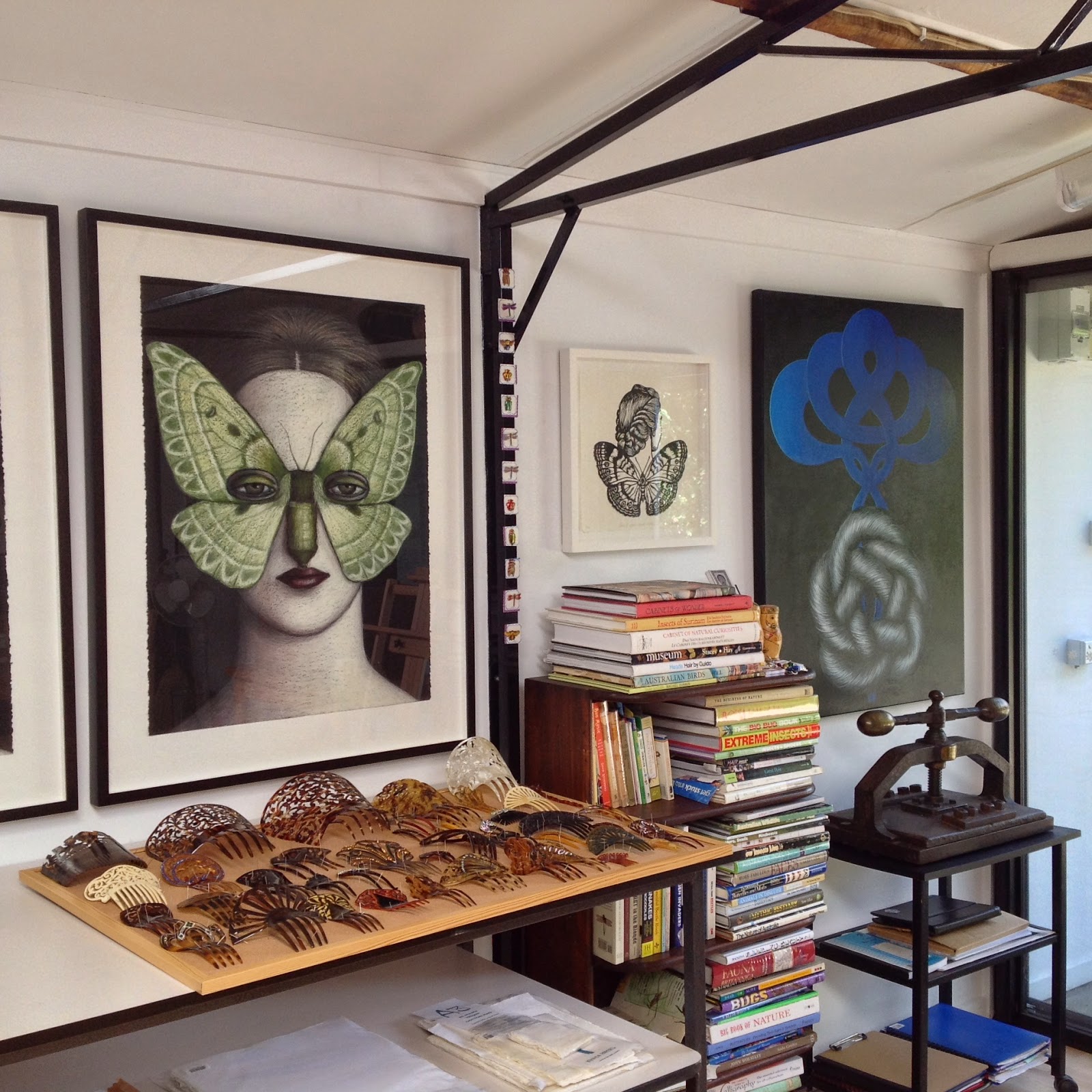 A project that consumed a substantial chunk of time over the Christmas break was the rearrangement of my collection of hair ornaments. Some are Spanish peinetas; others are of Asian origin. The majority are western, dating from the early twentieth century onwards. Many were sourced in antique markets; several contemporary hairpins were discovered at Camden Lock Market in London. I'm also fortunate to have received some exquisite ornamental combs as gifts.

A sizeable number of combs and pins were the basis for particular works in the Hair Ornaments series, exhibited at Charles Nodrum Gallery, Melbourne in the exhibitions Tease (2004) and Forget Me Knots (2007). A handful also served as models for individual works in the installation Iron Butterflies, which featured in the group exhibition The Body at RMIT Project Space, Melbourne (2007) curated by Dr. Richard Harding.

The hair ornaments were originally displayed en masse in a studio I briefly occupied in our place at Abbotsford; it's since become my partner Shane’s workspace. After I bought the house at Ballarat, selected jewels from my modest collection were pinned to a notice board intended to cover a singularly ugly 1970s air conditioning unit in the living room. During the past week I painted the pin board a vibrant white; the hair ornaments are now shown to far greater advantage. 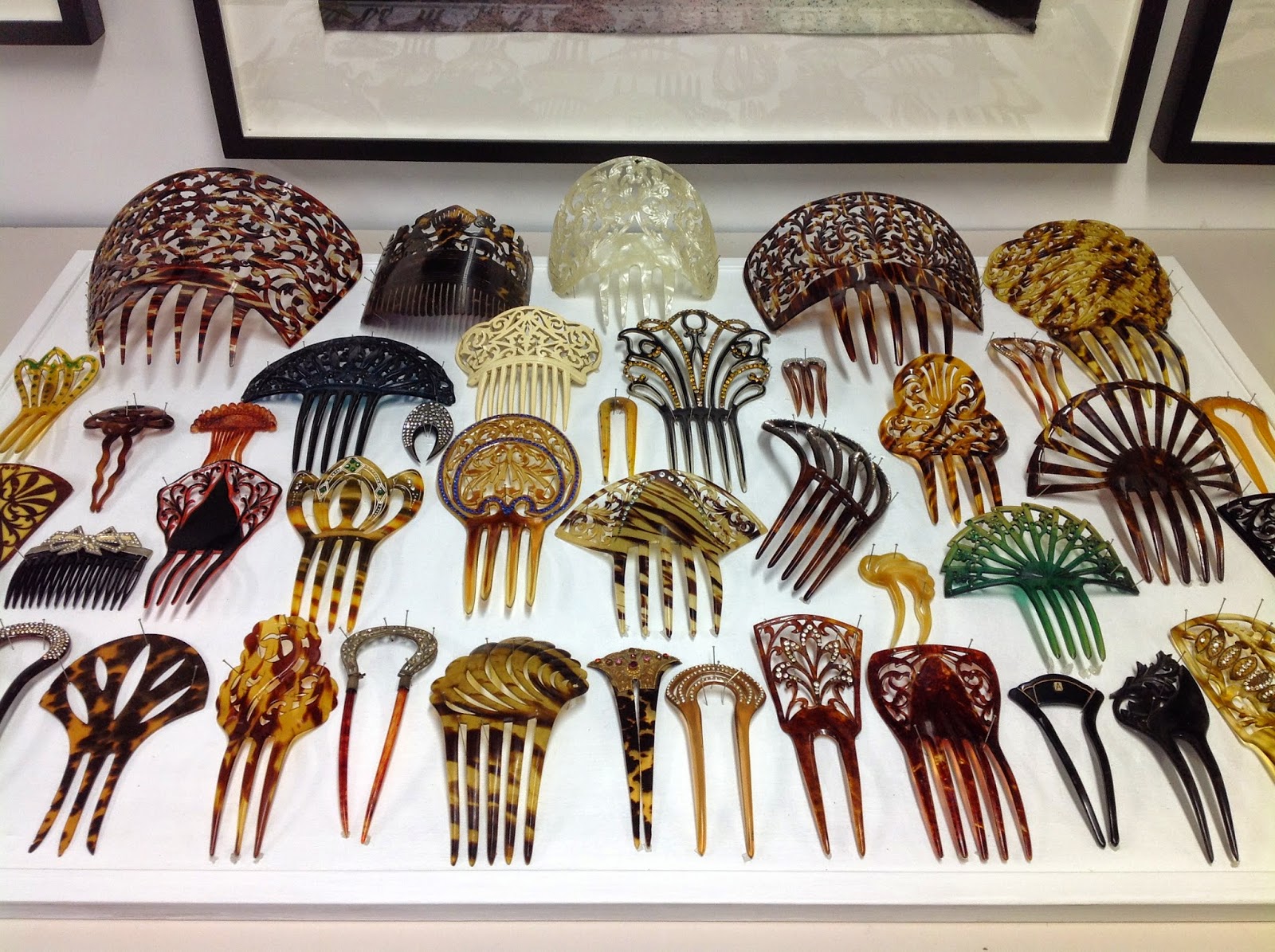 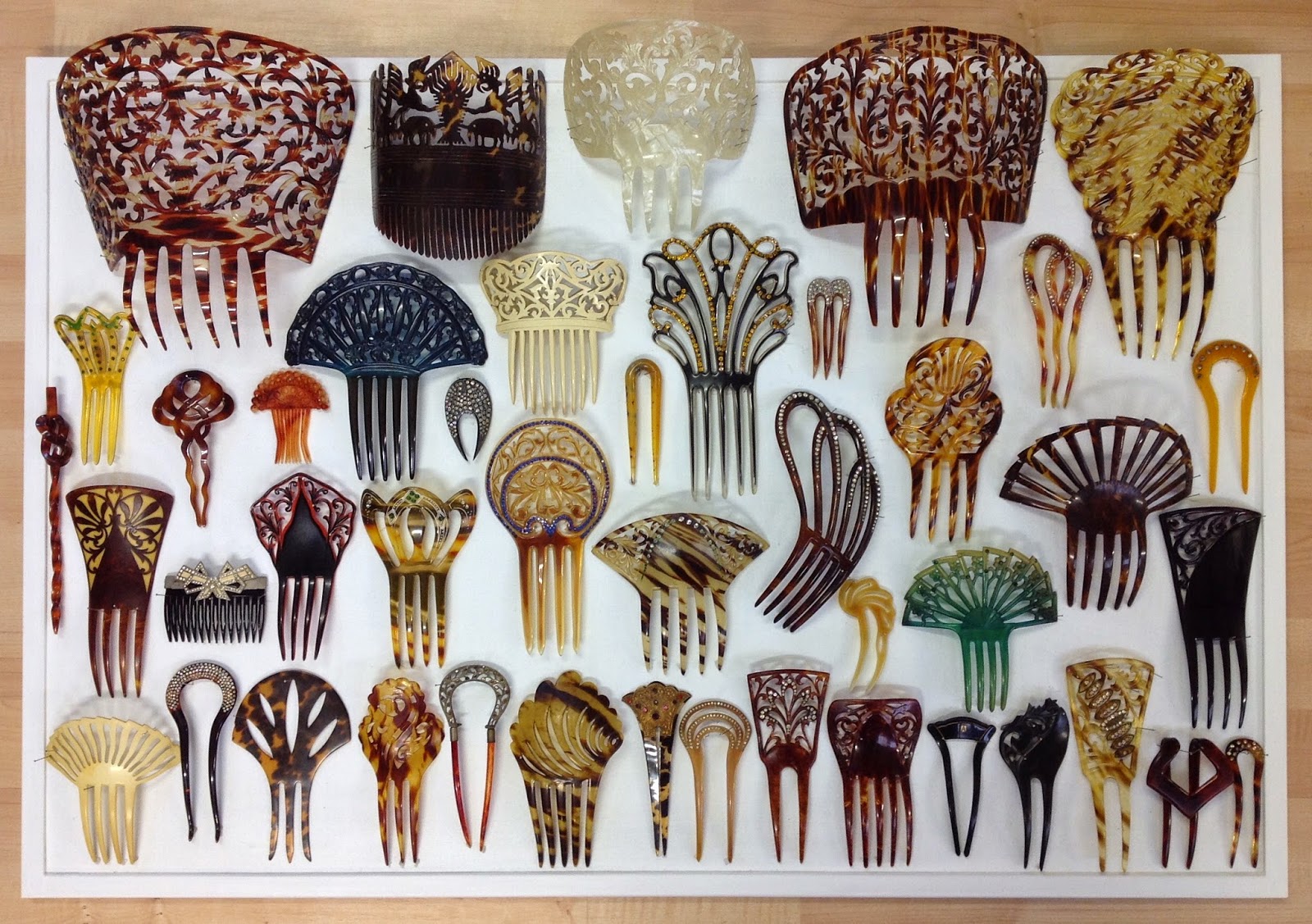 This prompted me to acquire and paint a second notice board for the studio, to which the remainder of the collection is now attached. By and large, the end of my comb collecting days coincided with a change of direction in the work. In recent years, however, I’ve acquired several additional examples, including the hand painted wooden birds from China (see studio notice board below, bottom right) which I am now able to display for the first time. If combs ever make a return appearance in my imagery, it will most likely be prompted by these distinctive specimens, which also draw their inspiration directly from the natural world. 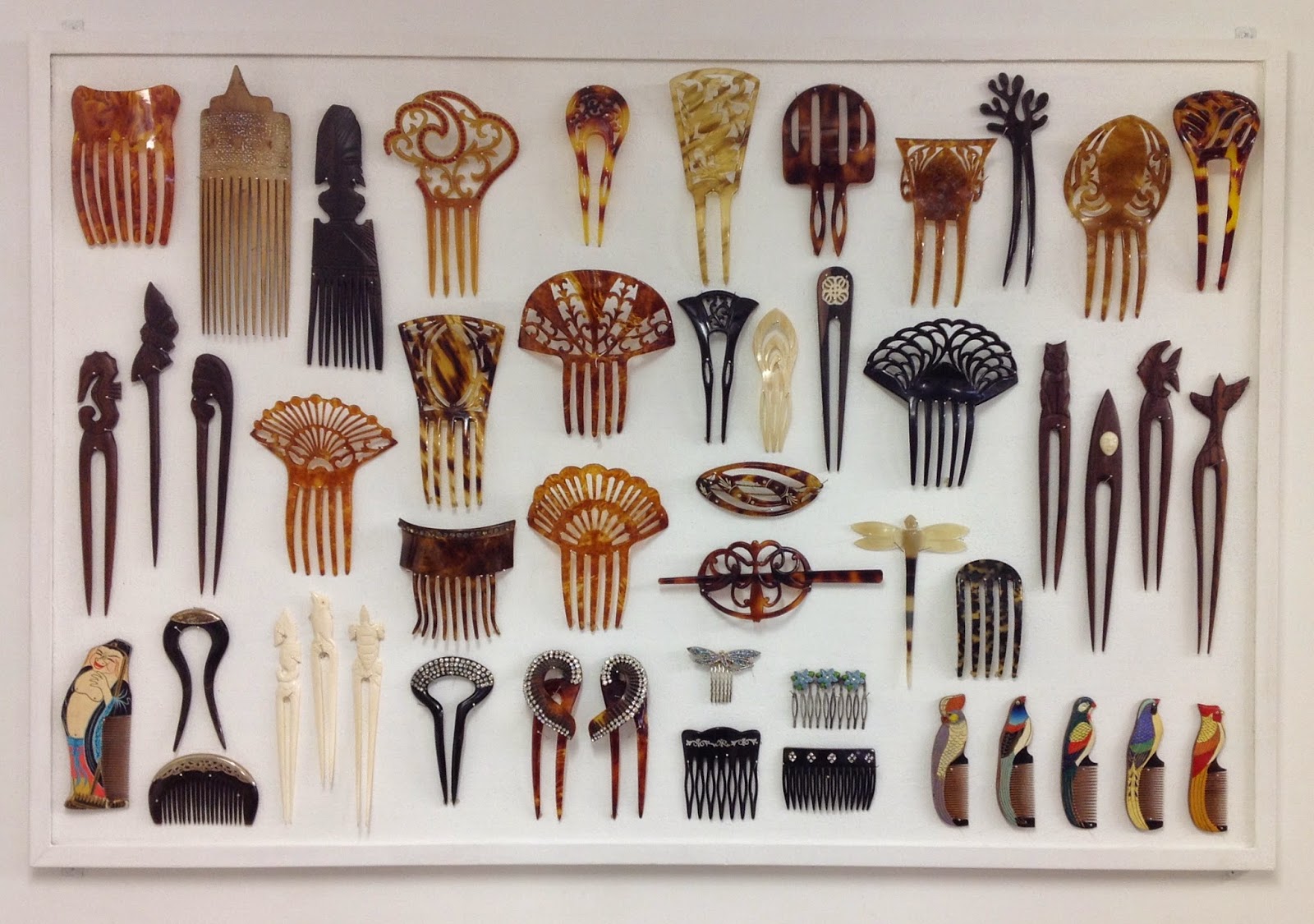 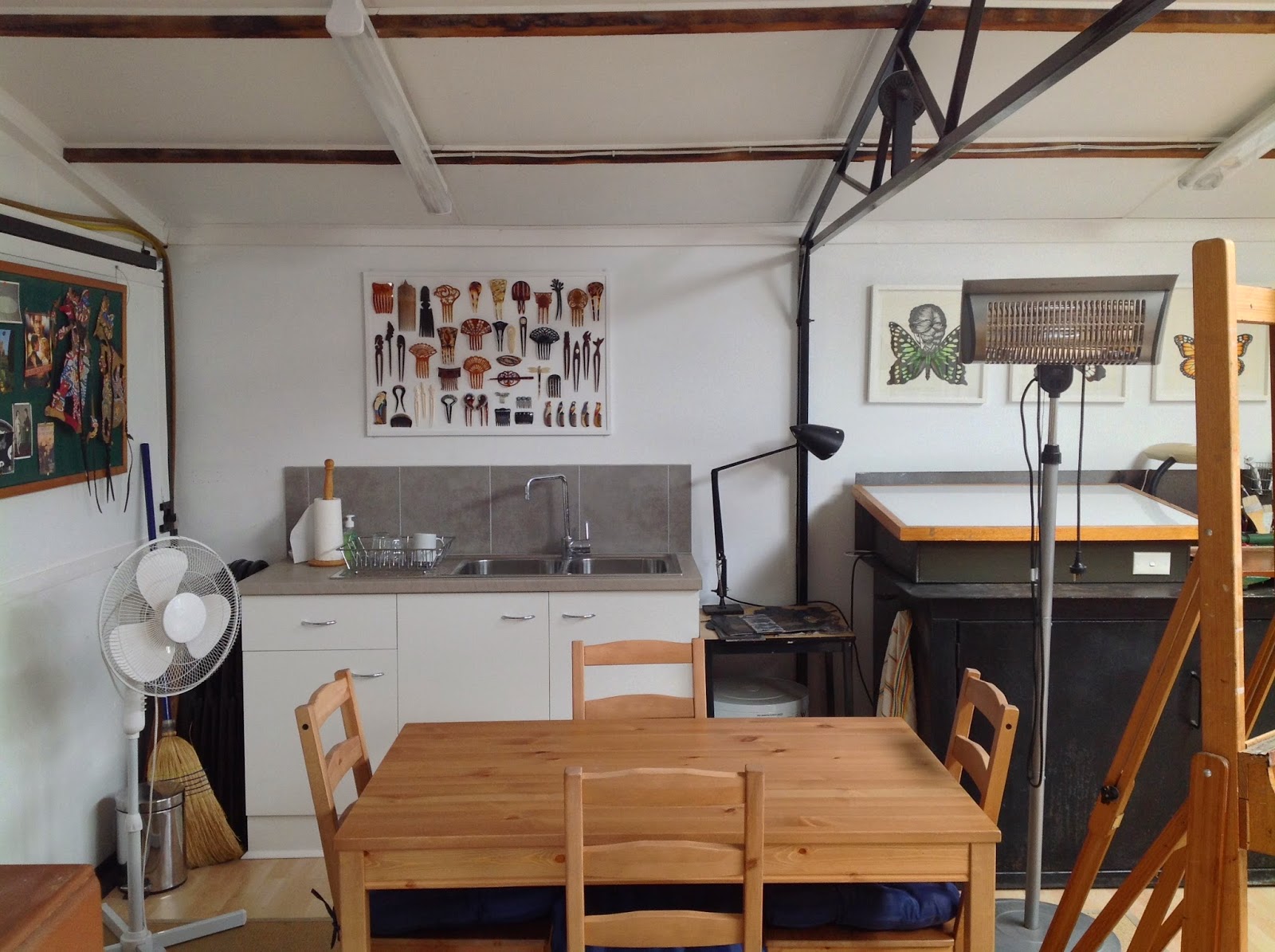 Posted by Deborah Klein at 7:49 AM