Playtime at the Art Vault and a trip to Adelaide 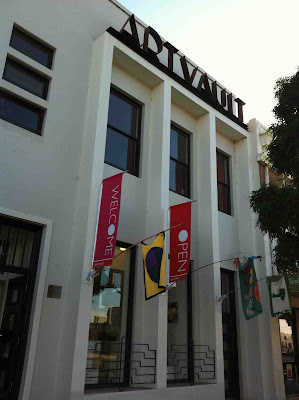 I came to the Art Vault with specific projects firmly in mind; first and foremost of these was resolving the drawing for my linocut intended for Familiar/ Unfamiliar, a forthcoming exhibition to be guest curated by Rona Green for the Print Council of Australia. (More of this in later posts.) The linocut in progress (tentatively titled She was looking back to sea…) led my work in an unexpected direction. Consequently the majority of remaining studio time was spent at play (a healthy, pleasurable, vitally essential activity for all artists that should be practiced with dedicated regularity.)

On this occasion playtime took the form of materializing in simple form germs of ideas that may well be the basis for a future project. Although this was slightly jumping the gun when I have obligations and a genuine commitment to the current work, once the ideas began to flow, the process became somewhat addictive. Everything was drawn freehand and freely onto small blocks (off-cuts, actually) of lino. Although they will eventually become linocuts, they are essentially preparatory drawings.

All of my current work is reliant on painstaking research, so this approach was incredibly liberating. It’s way too soon to show any of my embryonic efforts. In the meantime, here are a mixed assortment of shots taken during the residency. Although I posted some photographs of my apartment and studio at the Art Vault back in 2009, these serve as reminder of what a stunning place it is. The works pinned to the studio wall are predominantly a combination of sketches for my original project and reference material for She was looking back to sea… 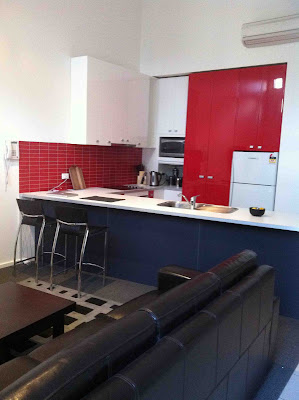 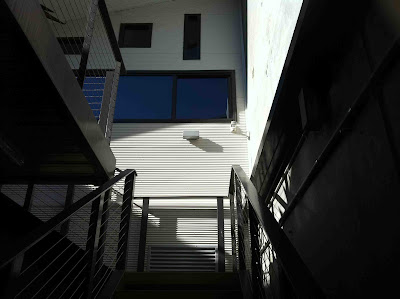 Studio 1 from the back stairs 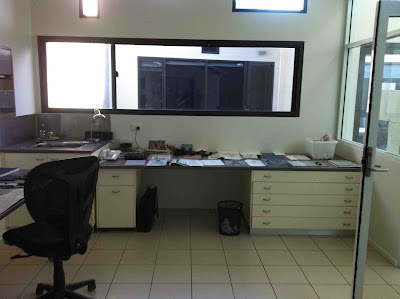 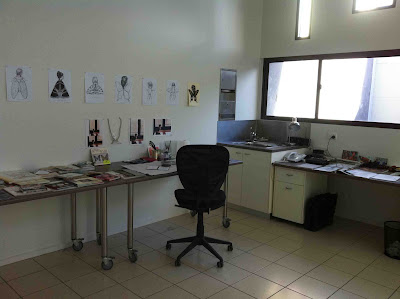 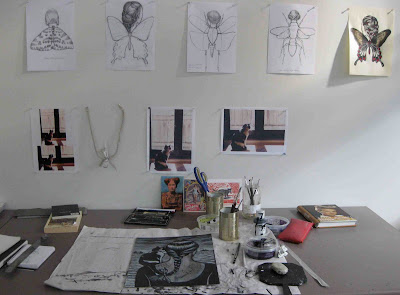 
During my stay I paid a brief visit to my uncle in South Australia. He generously treated me to a performance by Broadway legend Chita Rivera at the Adelaide Cabaret Festival on Friday June 17. (She was fabulous.)  The following evening he took me to a concert by the Adelaide Symphony Orchestra at Adelaide Town Hall. On Sunday afternoon we went to the Palace Cinema for a screening of the Paris Opera Ballet’s film of Coppelia, a treat on every level.
My sojourn also included a day at the Art Gallery of South Australia, one of my favourite galleries. As luck would have it, the Elder Wing, which for some time had been closed for extensive refurbishment, re-opened that day. It looks extremely handsome, and shows the gallery’s superb permanent collection to absolute perfection.
The highlight of my visit there was the dazzling Patricia Piccinini exhibition, which was nearing the end of its run. I called in twice during the day. It was a superbly curated show – Piccinini’s work and ideas were mind-blowing. As I contemplate the concept of the post-Darwinian body in regard to my own imagery, the timing of the exhibition couldn’t have been better. I flew back to Mildura (narrowly escaping the return of the dread volcanic ash clouds) feeling doubly inspired. 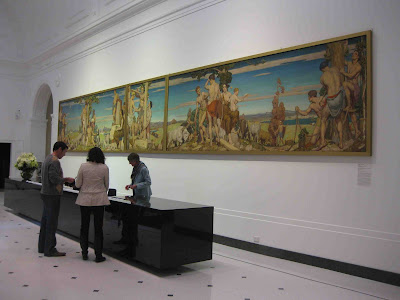 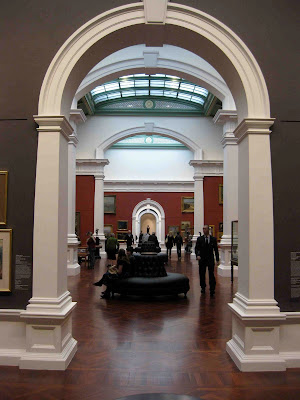 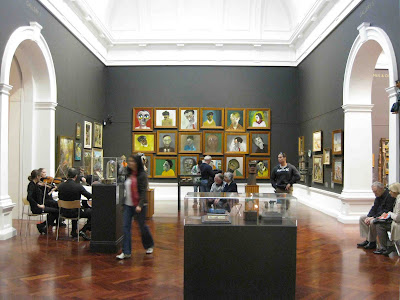 String quartet Skyline perform in the Elder Wing against a
backdrop of Sydney Nolan paintings
Posted by Deborah Klein at 6:10 PM