The Story of the Moth Masks 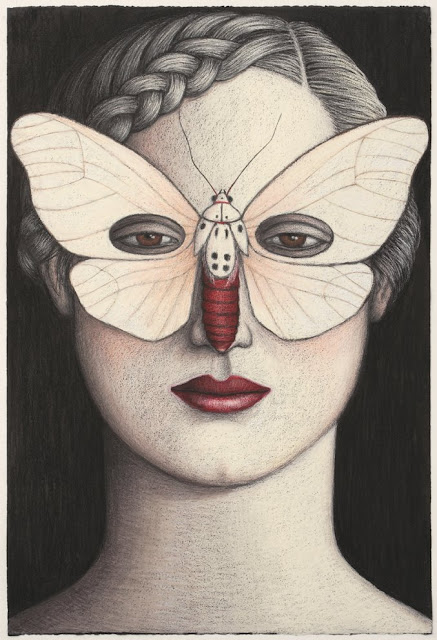 Once there was a moth who was told not to fly too close to firelight or her wings would burn. Her family and friends had repeatedly warned her about this even before she gained her wings. By the time she was grown up, she had truly learned to fear fire.

Like most of her sisters, she was condemned to fly by night. But despite her fear, she loved the light. She loved its warmth and the way it lit up the beautiful colours of her wings, which the night kept hidden away.

The fire continued its seductive dance, each time drawing her closer and closer. But she always flew away just before the heat became too great and she burst into flames.

Finally, sick and tired of being in the light for just a fleeting moment, she decided to make it her permanent home, no matter what the cost.

Into the flames she flew. All at once her beautiful wings were blackened, and so was her sight.

The next moment (or so it seemed – who knows how much time had passed?) she re-emerged on the other side of the fire a strong, proud, confident woman. And she was no longer alone, but surrounded by thousands of women just like herself. They wore moth masks forever after, as a reminder of their former selves, and of the unfounded fears that had governed their previous existence.

Posted by Deborah Klein at 9:00 AM