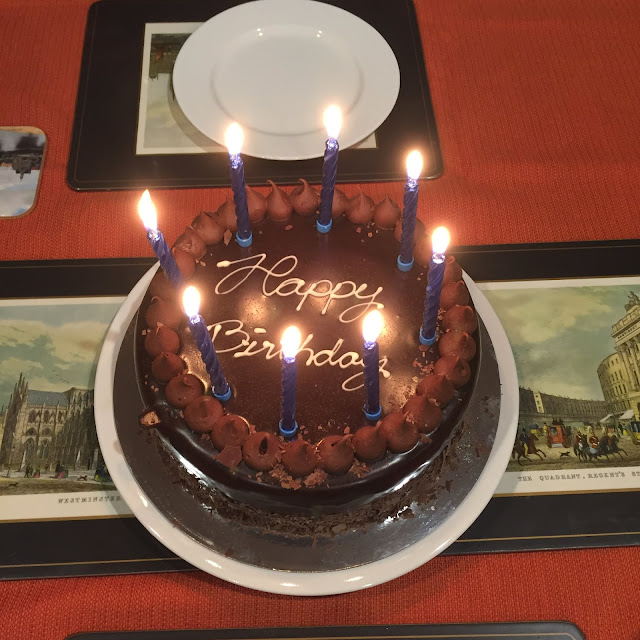 The highlight of the past week was undoubtedly Shane’s first (and hopefully, last) birthday celebration in lockdown.

The big day fell on Tuesday, September 8 and we enjoyed every minute of it. In short, it involved an excursion to nearby Woowookarung Regional Park in the morning, a double feature screened in our home cinema in the afternoon and evening, and a considerable amount of eating in between. 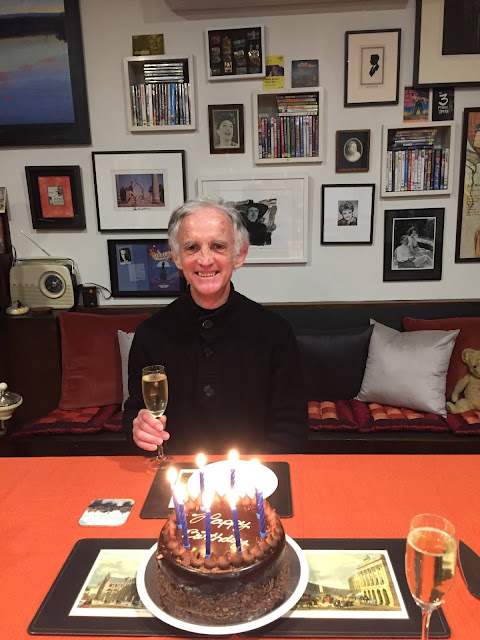 Fortunately, as far as eateries go, we’re spoilt for choice in Ballarat. Shane’s spectacular birthday cake from Ferguson Plarre Bakehouse was even more delicious than it looks. 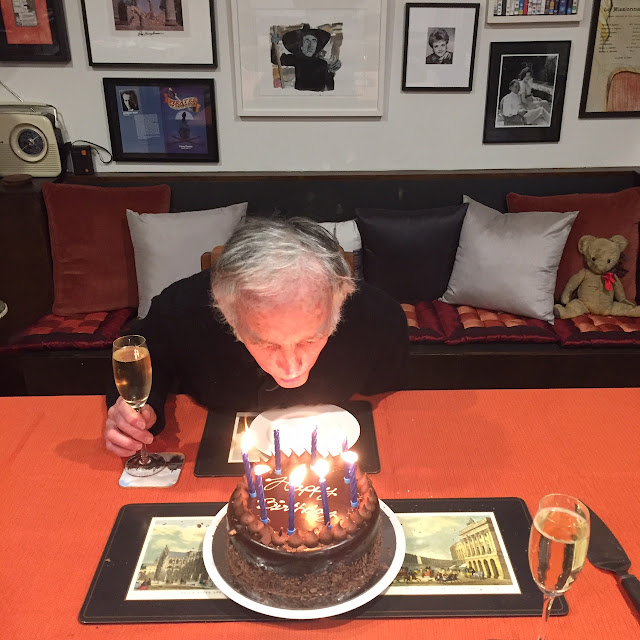 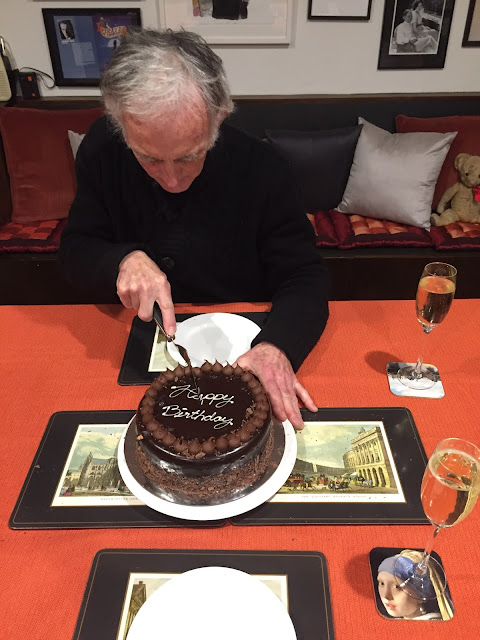 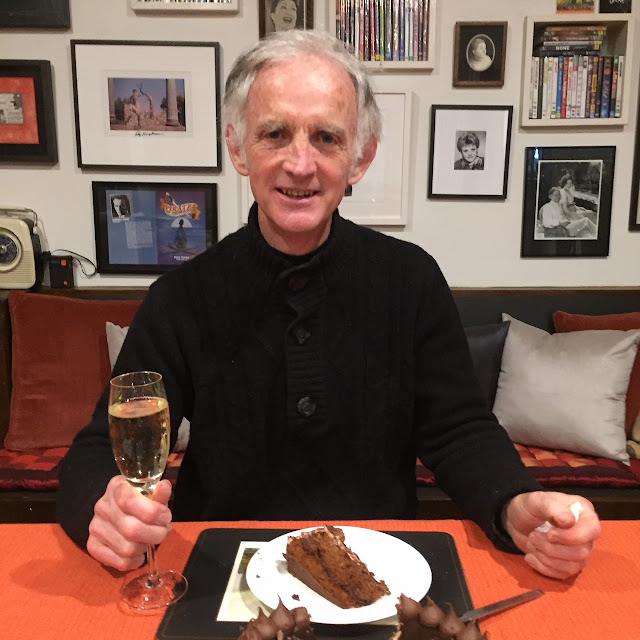 Alice wouldn’t be deterred from joining in the celebrations although the FAQ, “Should you be on the table, Alice?” fell repeatedly on deaf ears. 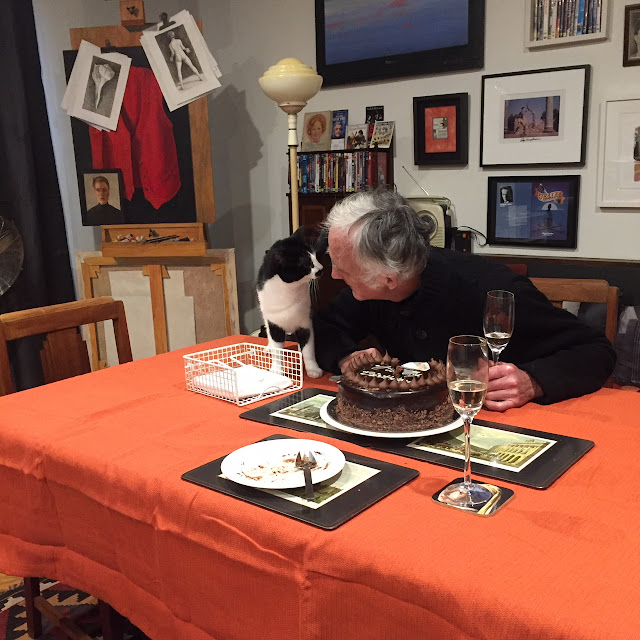 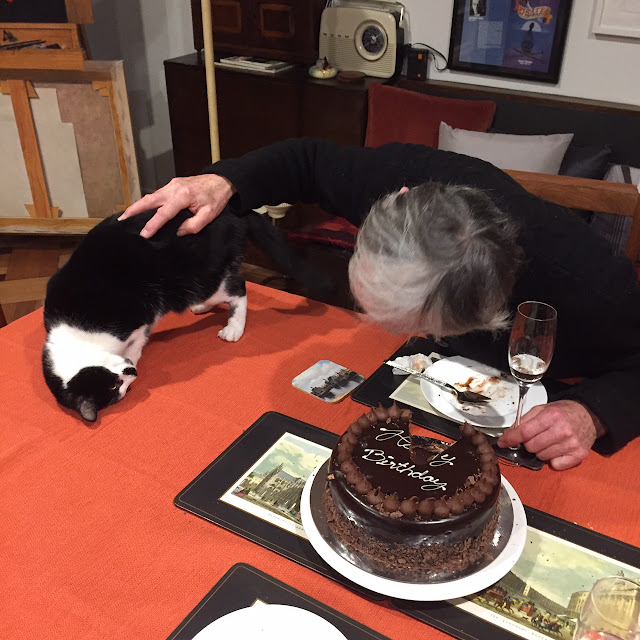 In the evening we got takeaway from our favourite restaurant, Carboni’s, which just happens to be walking distance from the house. They excelled themselves. 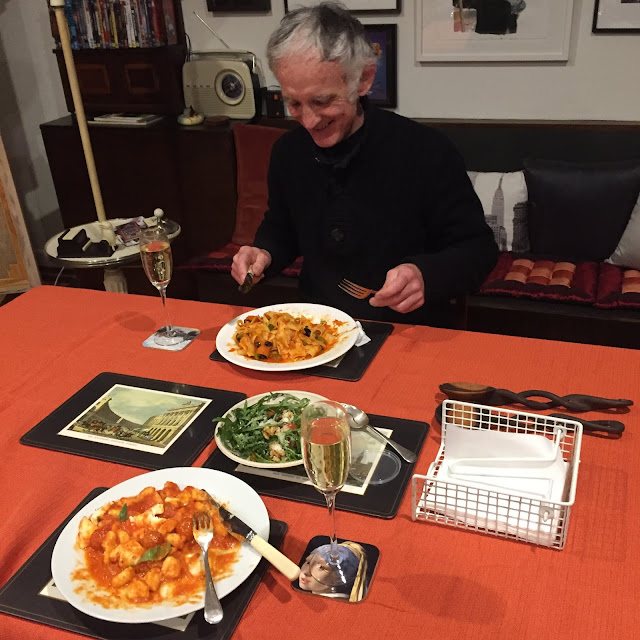 The first half of the birthday double bill was one of my gifts to Shane. Mrs Lowry & Son, a biopic about the complex relationship between the painter L. S. Lowry and his mother, was distinguished by the towering performances of its two leads, Vanessa Redgrave and Timothy Spall. I’ve always been drawn to quiet, character-driven films, and didn’t find this at all stagey. It’s one of the criticisms that’s been levelled at it, presumably by those with a penchant for gun fights and car chases.

Shane’s excellent choice for the second feature was Sally Potter’s wry comedy, The Party, which also features Timothy Spall and a sterling ensemble cast. I first saw it in 2017 at the Melbourne International Film Festival and loved it. This was Shane’s first viewing and he shared my enthusiasm. It’s a joy from start to finish, with a killer twist at the end. 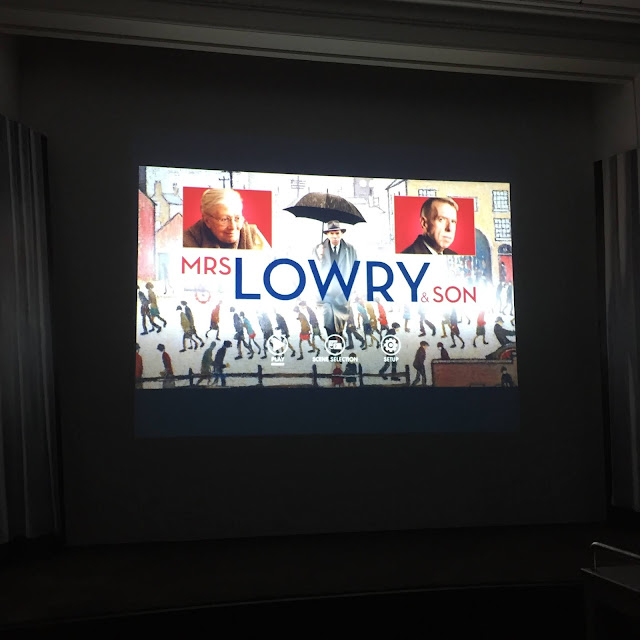 Shane’s birthday may have been on Tuesday, but his cake just kept on giving. 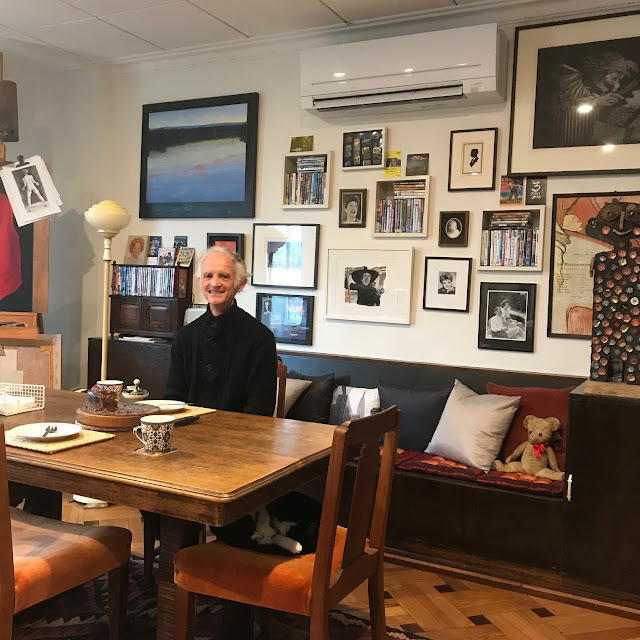 Today he cut the last two slices (below) while Alice, who is all partied out, slept it off under the table (above). 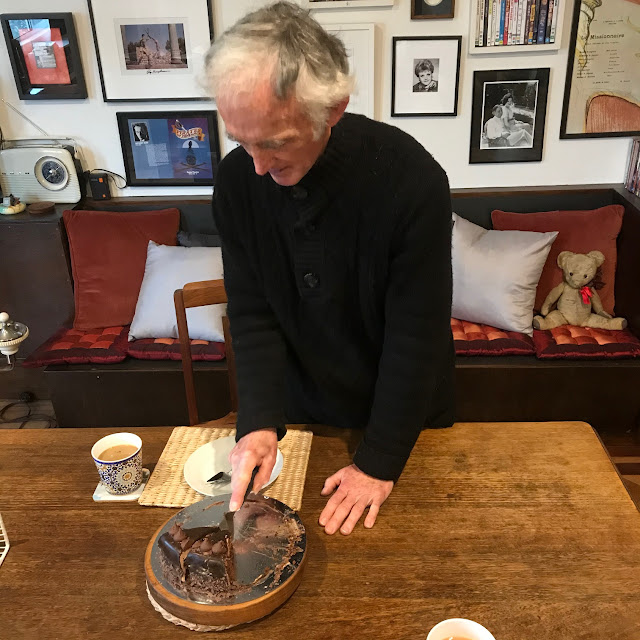 Thank you so much to everyone who sent birthday greetings. Next year we hope you can join us for a slice of cake.
Posted by Deborah Klein at 4:09 PM