A birthday break in Queenscliff


A week ago it was my birthday and my partner, Shane Jones, treated me to a short break at seaside Queenscliff for some much-needed R&R. We both grew up by the sea, Shane in Mordialloc and me in St. Kilda. Although we now live further inland (our time is currently divided between Abbotsford in inner-city Melbourne and Ballarat in regional Victoria), seaside towns have never lost their magic for either of us.

A Man, a Woman and a Duck, the linocut pictured above, is loosely based on the two of us and the place we once lived. It was made back in 1996 when we shared a Victorian house in Blessington Street, St. Kilda, just minutes from St. Kilda Beach (the street runs directly to the seafront).

The print is currently available at Queenscliff Gallery and Workshop, which, like me, recently had a birthday. It has just turned one year old. Heartiest congratulations to the gallery and its founders, Theo and Soula Mantalvanos. Their sea change was the direct opposite to our journey; they moved from inner city Melbourne (in fact, their former home was not all that far from our place in Abbotsford) to this most picturesque of coastal towns. You can find Queenscliff Gallery and Workshop HERE, although an in-person visit is far more highly recommended.

Shane and I stayed at the Vue Grand Hotel, the largest hotel in Queenscliff and one of the finest examples of high Victorian architecture one could ever expect to see (although it does have several close rivals in the town). The hotel was built in 1881-82 and partly rebuilt after a fire in 1927.

My favourite part of the hotel is its secluded courtyard. We celebrated our arrival on Sunday afternoon with a glass of pink bubbly before heading off to the opening of the exhibition, Place, at Queenscliff Gallery and Workshop. 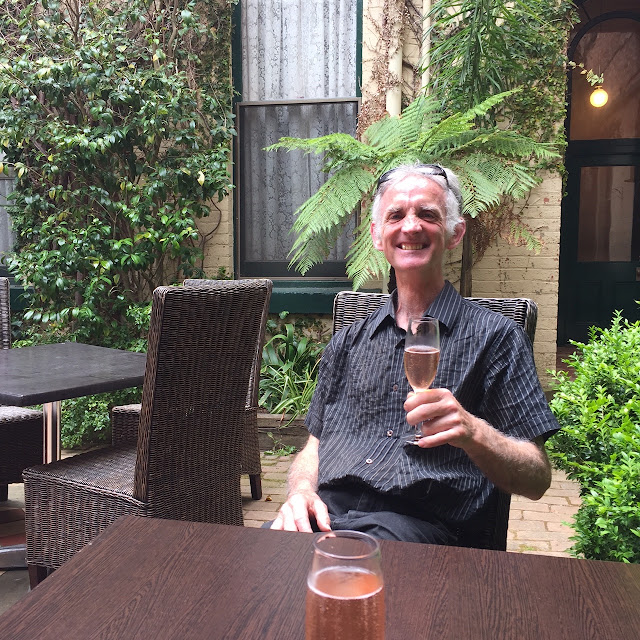 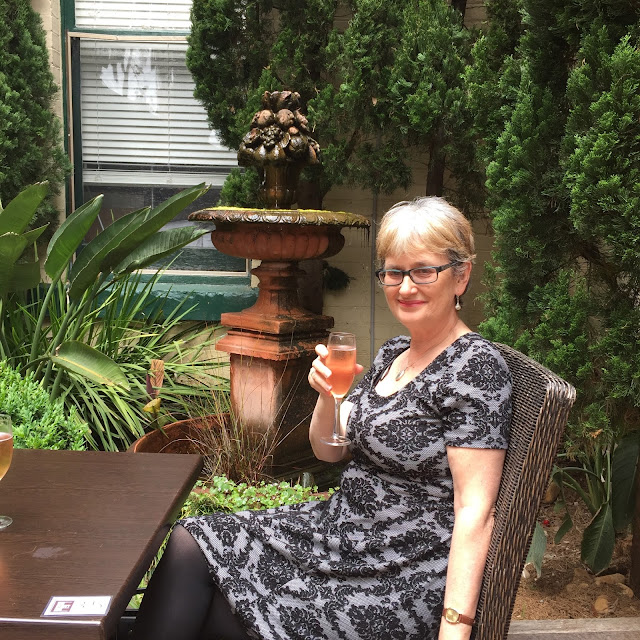 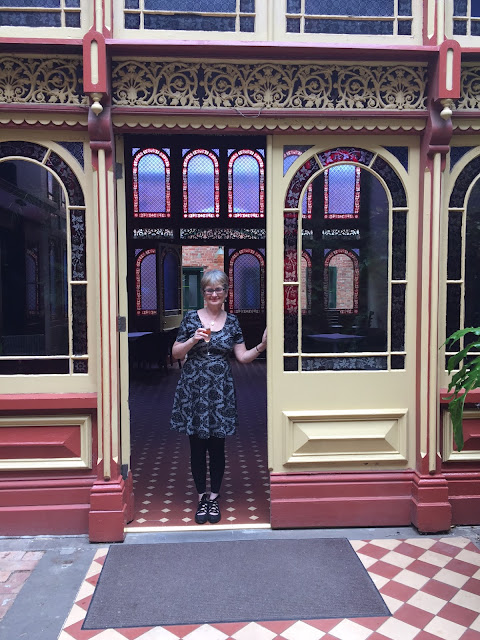 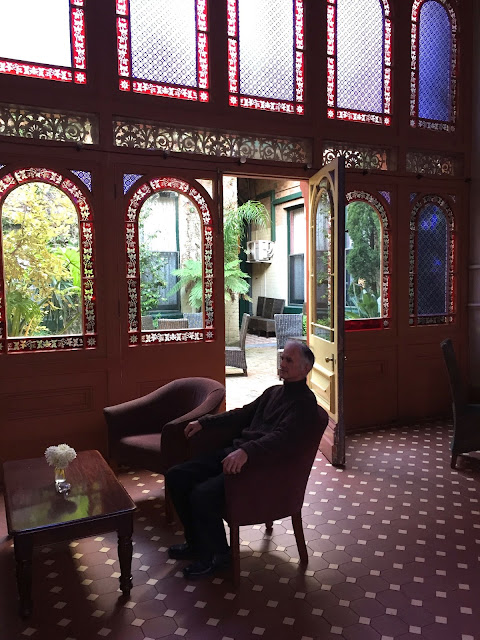 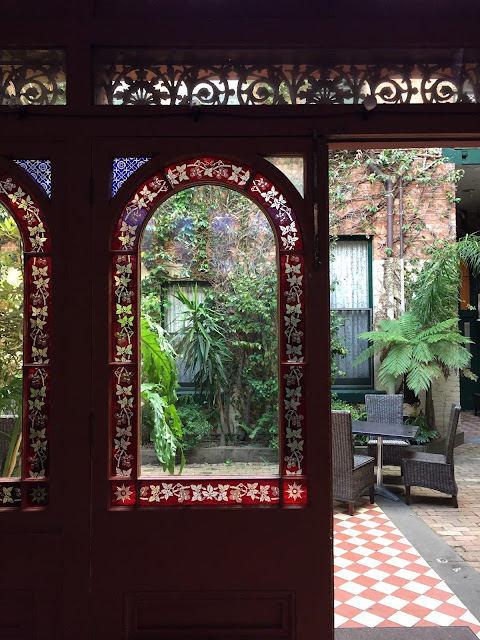 Based on Theo's recommendation, we dined at Athelstane House, conveniently located diagonally across from our hotel. The food was sensational. 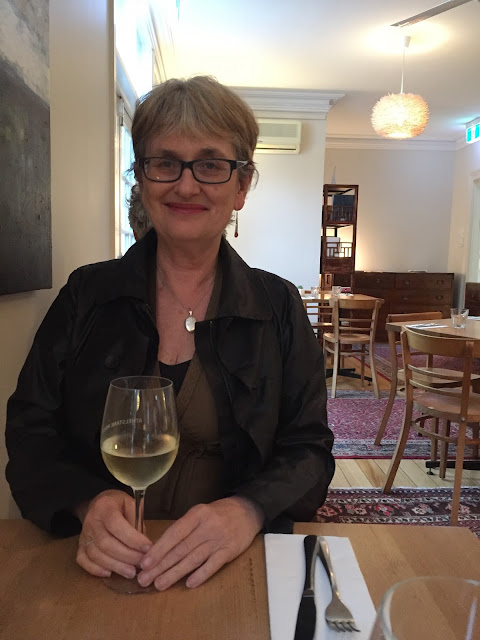 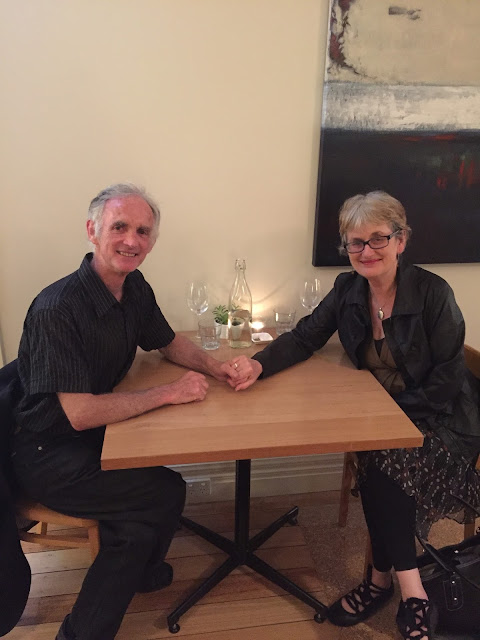 While we were dining there was a short-lived shower. We stepped outside to discover golden rain-washed pavements and the Vue Grand bathed in moonlight: 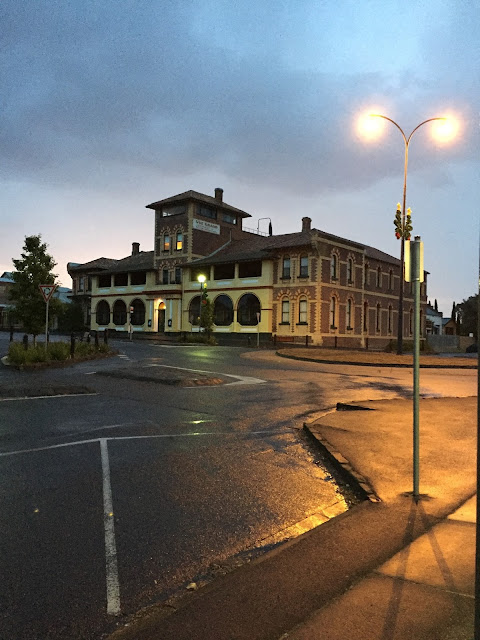 It wasn't all that late, but the opulent hotel lobby was deserted. It was fun to explore it when no one else was around: 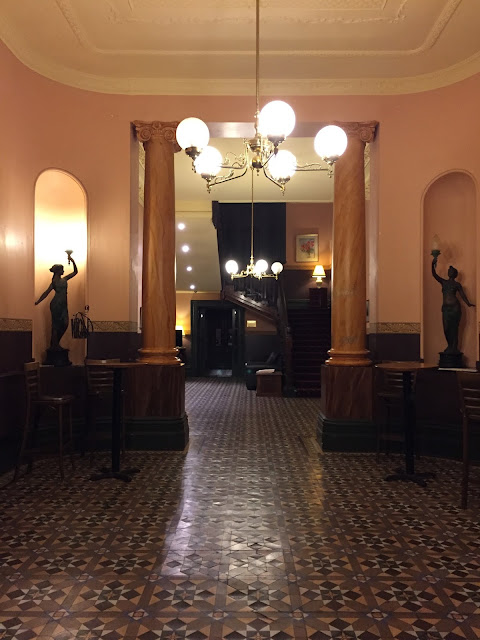 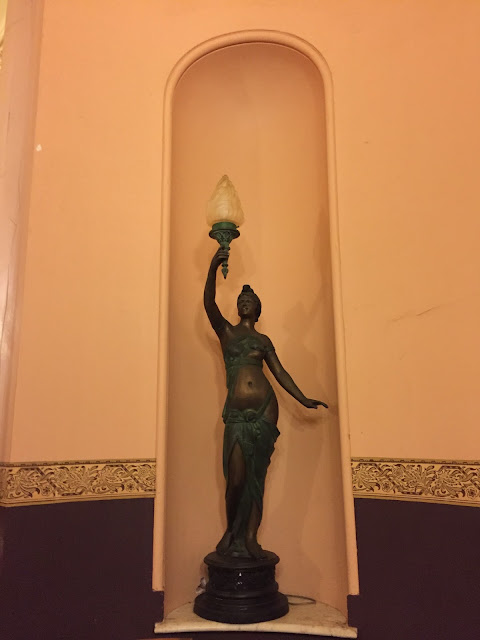 The hotel dining room, snapped the following morning after breakfast: 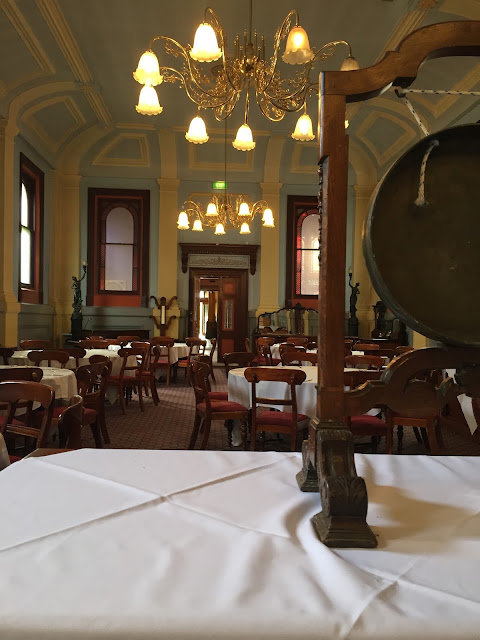 Afterwards, we walked along the cliffs by the lighthouse: 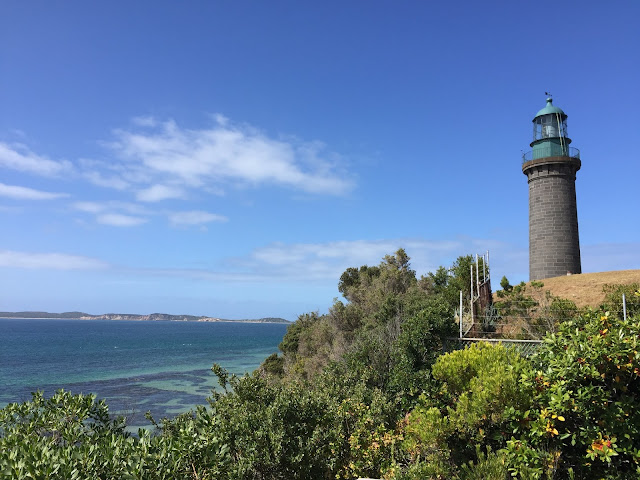 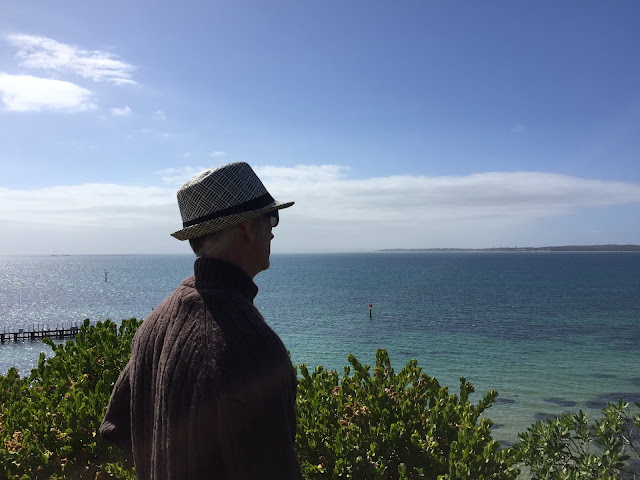 Then we ventured down to the beach, where Shane wrote a message in the sand (Debois is his nickname for me): 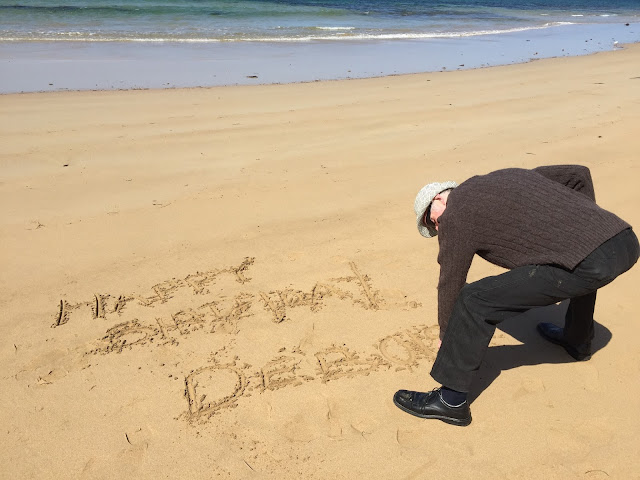 Thanks to Shane, it was one of the happiest ever. 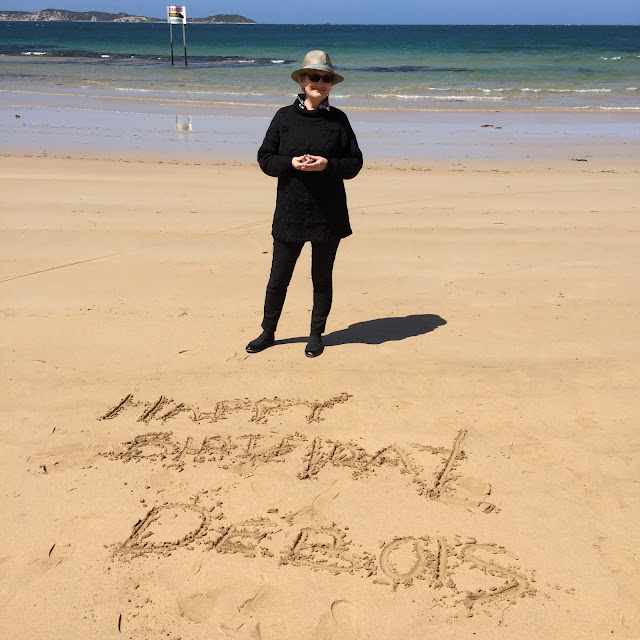