Currently being documented in the studio: Bluebottle Fly Woman, a recently discovered Homo-insecta. She evolved from the Northern Bluebottle fly, a species of common Blow Fly (scientific name: Protophormia terraenovae). More about these much-maligned flies can be found HERE.

Several stages up the evolutionary scale from pesky (and exceedingly stupid) Blowies, Bluebottle Fly Woman is not only beautiful, but also extremely bright.

In April 2015 an enlightening and stunningly photographed documentary, The Great Australian Fly screened on Australian ABC television which corrected a number of misconceptions about flies. For details, go HERE. 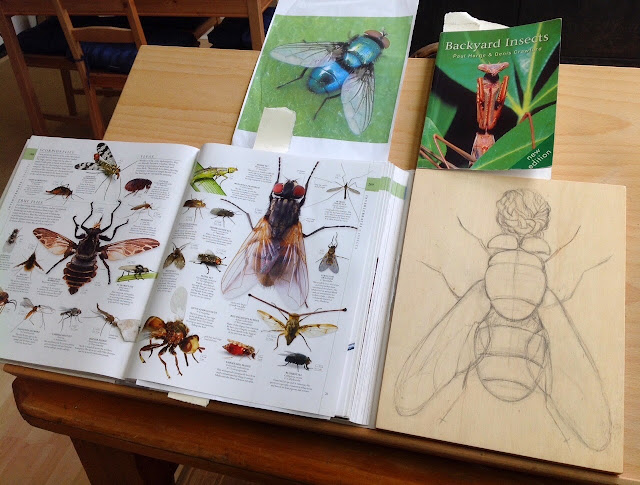 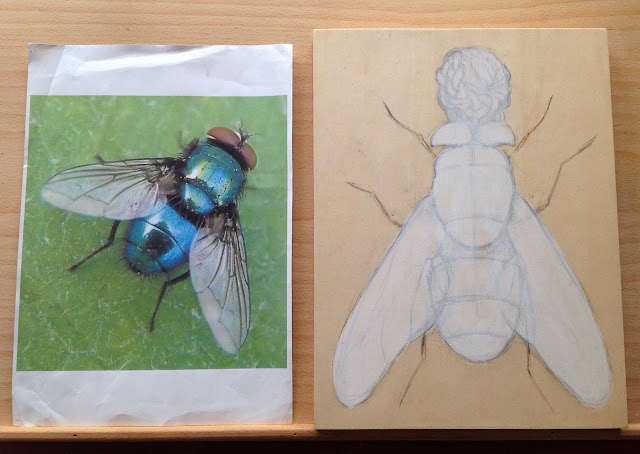 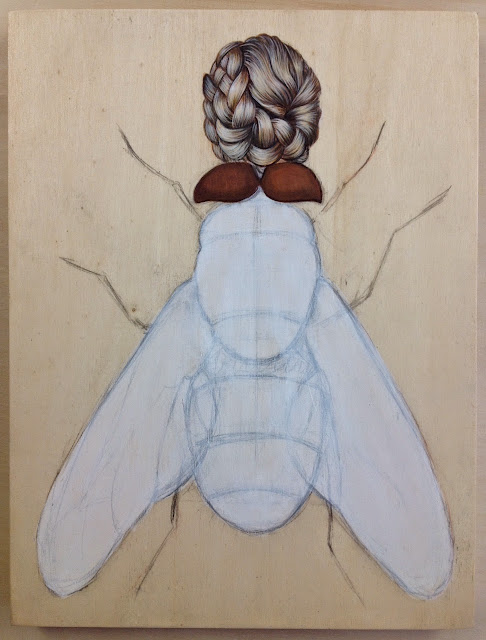