As of yesterday evening, the Melbourne International Film Festival is over for another year. I always feel a bit sad to see it end, especially when I’ve enjoyed it as much as I did this one*. It’s the one of the few times of the year that I give myself permission for a little guilt-free time off work. But with several deadlines looming, needs must; I brought a pile of homo-insecta linocuts with me to Melbourne, intending to hand colour them in between trips to the cinema and on the rare days we didn’t have a film to go to. It worked out surprisingly well; MIFF became a sound structure around which I was able to create an effortless and satisfying balance between work and play.

The hand colouring was completed somewhat ahead of the time I’d allotted for it (see August 10 blog post) and so I seized the opportunity to continue with the fledgling homo-insecta watercolours. By the festival’s end two more of these were nearly completed. The finishing touches to the second were applied earlier today. (Both will feature in future posts).

But it hasn’t all been MIFF and work. On Saturday afternoon Shane and I drove to Maroondah Art Gallery to see Resonance, Craig Gough’s dazzling solo exhibition (is there another living colourist as fine as he?) At 2 pm Craig gave an informal, entertaining and enlightening floor talk, which, thanks to his enthusiastic audience, generated into a lively discussion specifically about his work and broader issues including abstraction versus figuration and acrylics versus oil paint.

Back in the dim, distant 1980s, Craig was one of my painting and drawing lecturers at uni. Many post-art school years afterwards, and several MIFFs ago, we recognized Craig and his partner, artist Wendy Stavrianos queuing next to us at the Forum Cinema for Agnes Varda’s The Gleaners and I (2000). I hadn’t seen Craig since my graduation and it was our first meeting with Wendy. We had a great natter that night (I seem to remember the previous screening was running overtime). Coincidentally, some weeks later Shane and I were curated into an exhibition with Wendy at Charles Nodrum Gallery: The Painted Fold. It gave us anther opportunity to connect with she and Craig – and so an enduring and treasured friendship was born.

Coinciding with the film festival was the biennial Melbourne Art Fair, which we visited on the last day, prior to the early evening screening of our last MIFF film.

I must admit to having mixed feelings about the Art Fair. To my knowledge, Art Overload has never actually killed, or even hospitalized anyone, but feel certain there must have been some close calls. Still and all, we really enjoyed the experience this time around. These days I have my head down in the Ballarat studio and lead a comparatively isolated existence; the fair provided an opportunity to see a great deal of what is out there under one enormous roof. Inevitably we bumped into several acquaintances and friends, including Polixeni Papapetrou, Godwin Bradbeer, Jackie Hocking, Rachel Hancock, Margaret Snowden, Adriane Strampp and Peter Lancaster. Stopping periodically for amiable conversation broke up the time, effectively preventing a potentially fatal art overdose. 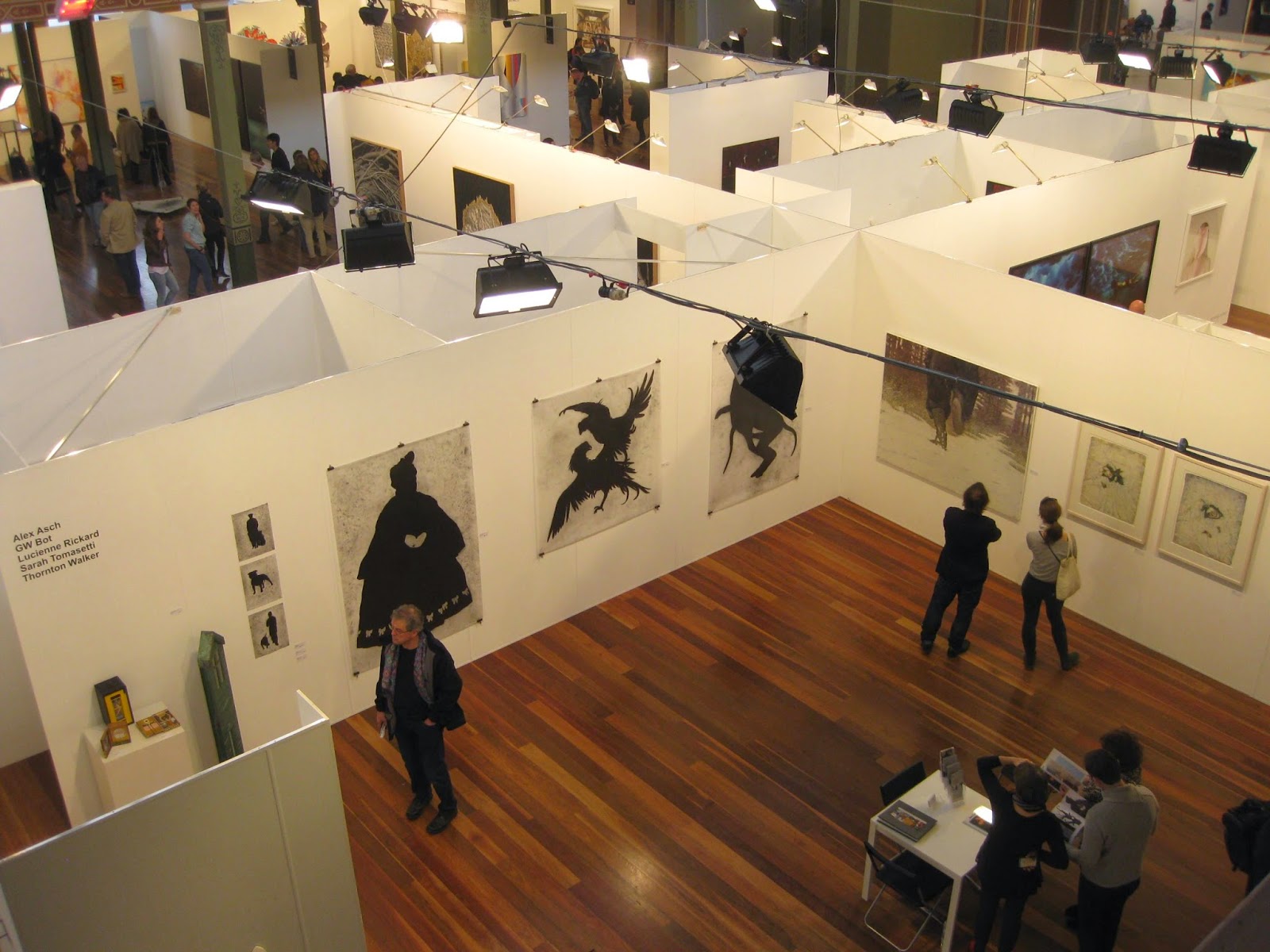 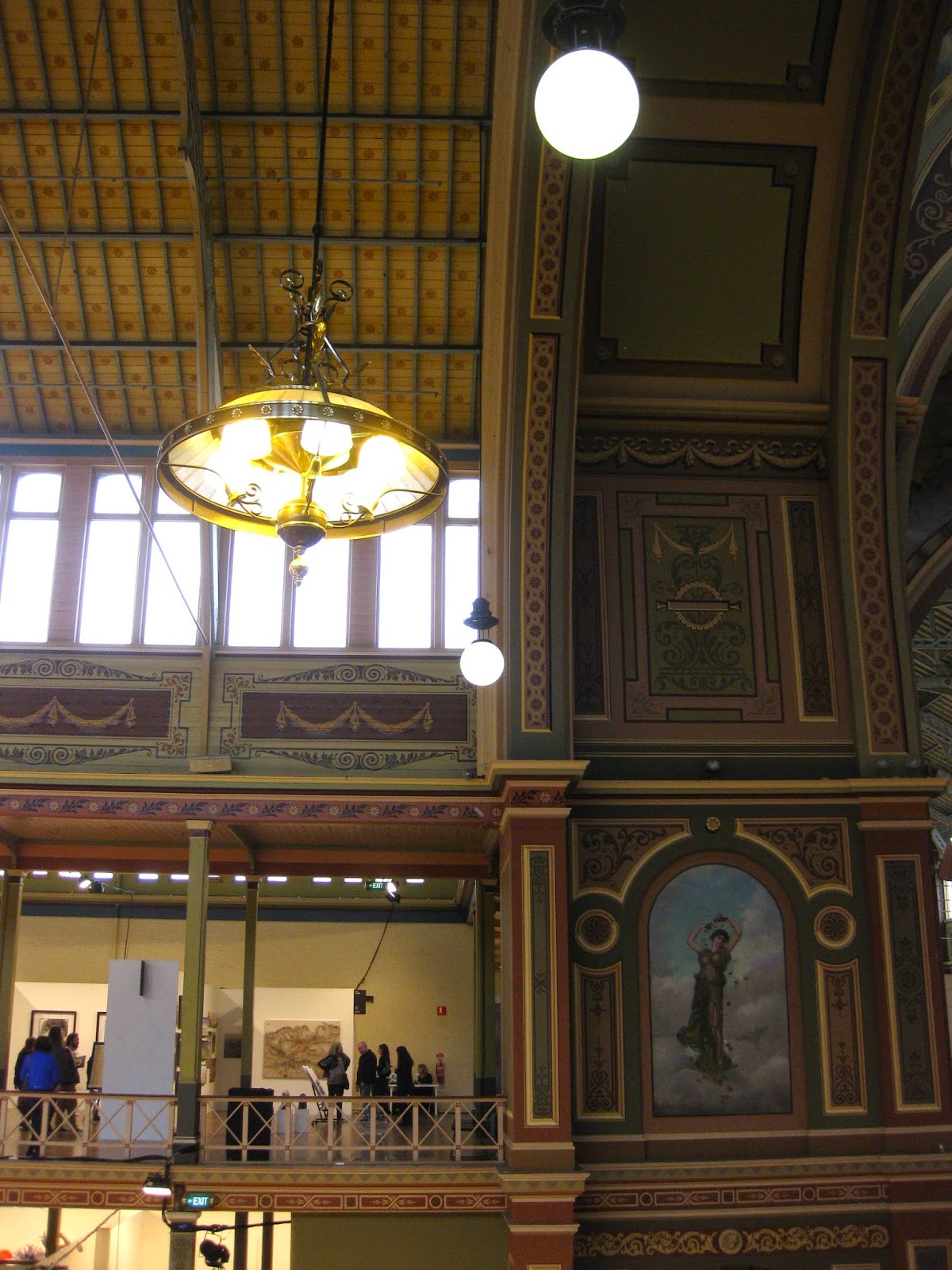 I even bought an artwork, from Arts Project, one of our favourite stands: a wonderful drawing by Bobby Kryiakopoulos of the Wicked Witch of the West, as portrayed by Margaret Hamilton in the move The Wizard of Oz.

For the first time, there were two adjuncts to the Art Fair, the Not Fair (which we didn’t get to, although the venue, the Grace Darling Hotel, is fairly local to us) and Spring.1883 at the Hotel Windsor, which featured 20 galleries, each exhibiting in suites over four floors, a brilliant, fun, creatively challenging idea that was wholeheartedly embraced by all the galleries concerned.

Our last MIFF movie was The Great Museum, a documentary about the famous Kunsthistorisches Museum in Vienna, its extraordinary collection and the people who work there. So the twin themes of visual art and film finally converged and our marvelous MIFF fortnight ended on a perfect note.

Pictured below: our favourite après movie hangout: the Festival Lounge at the fabulous Forum Theatre. 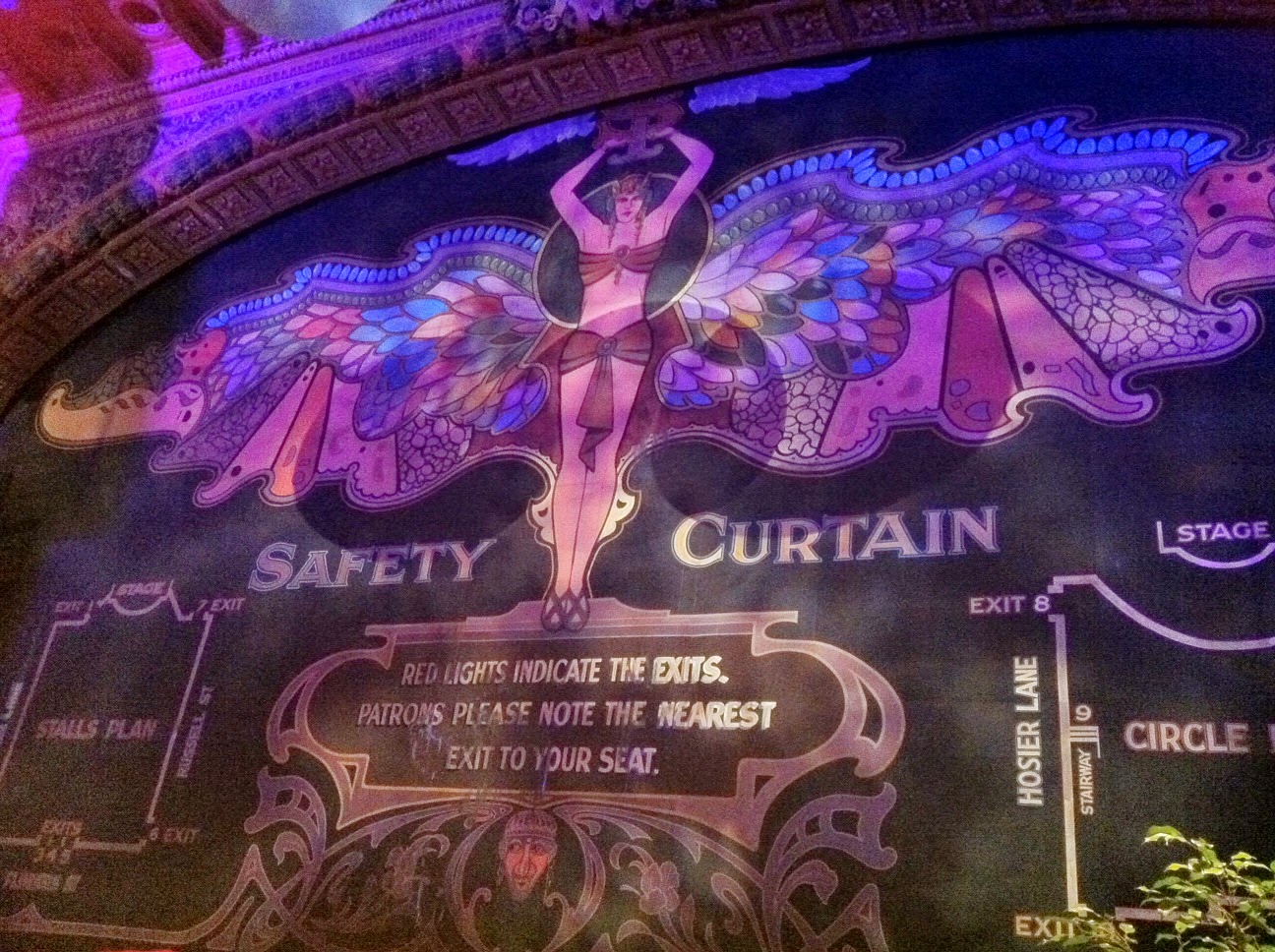 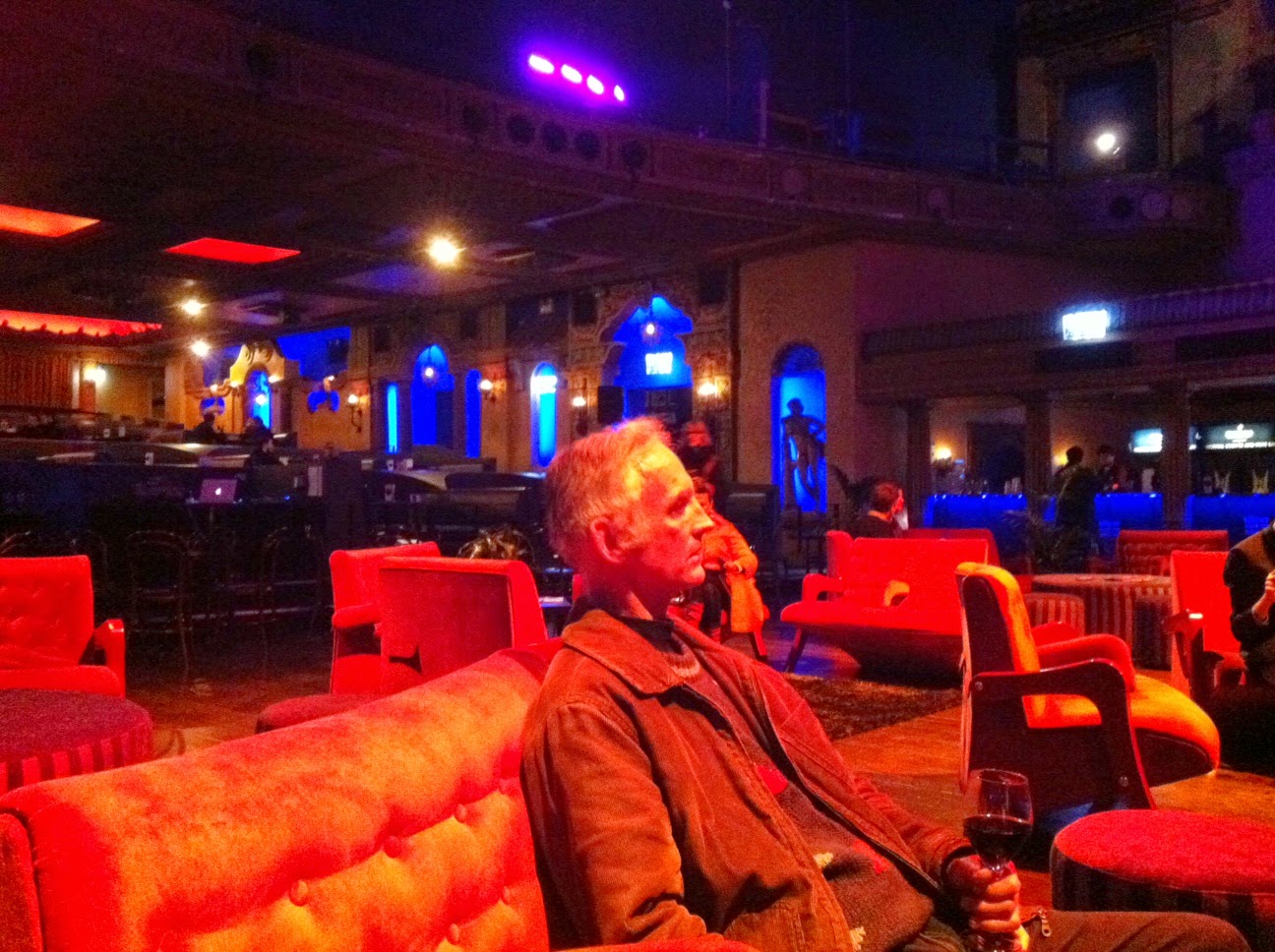 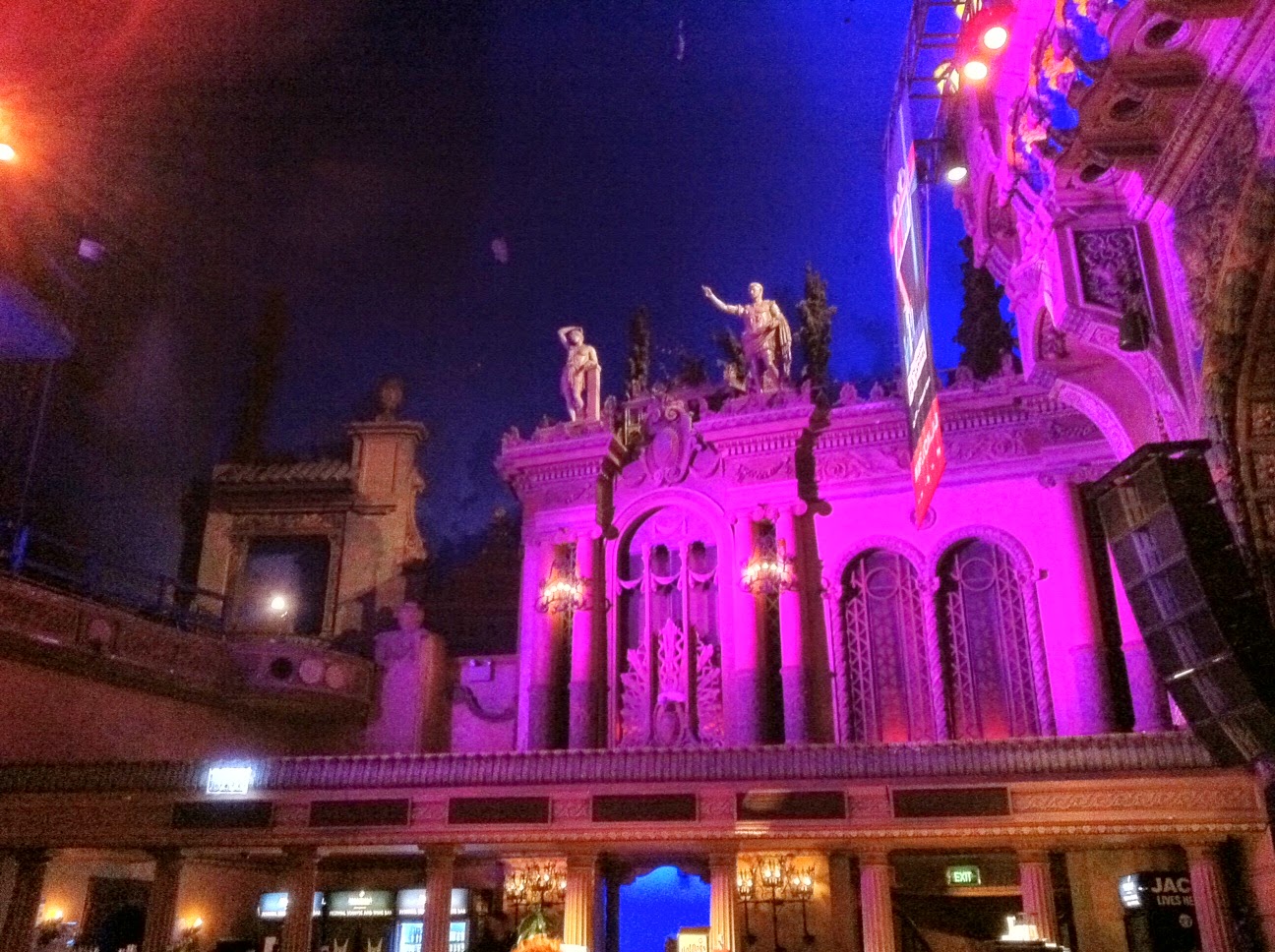 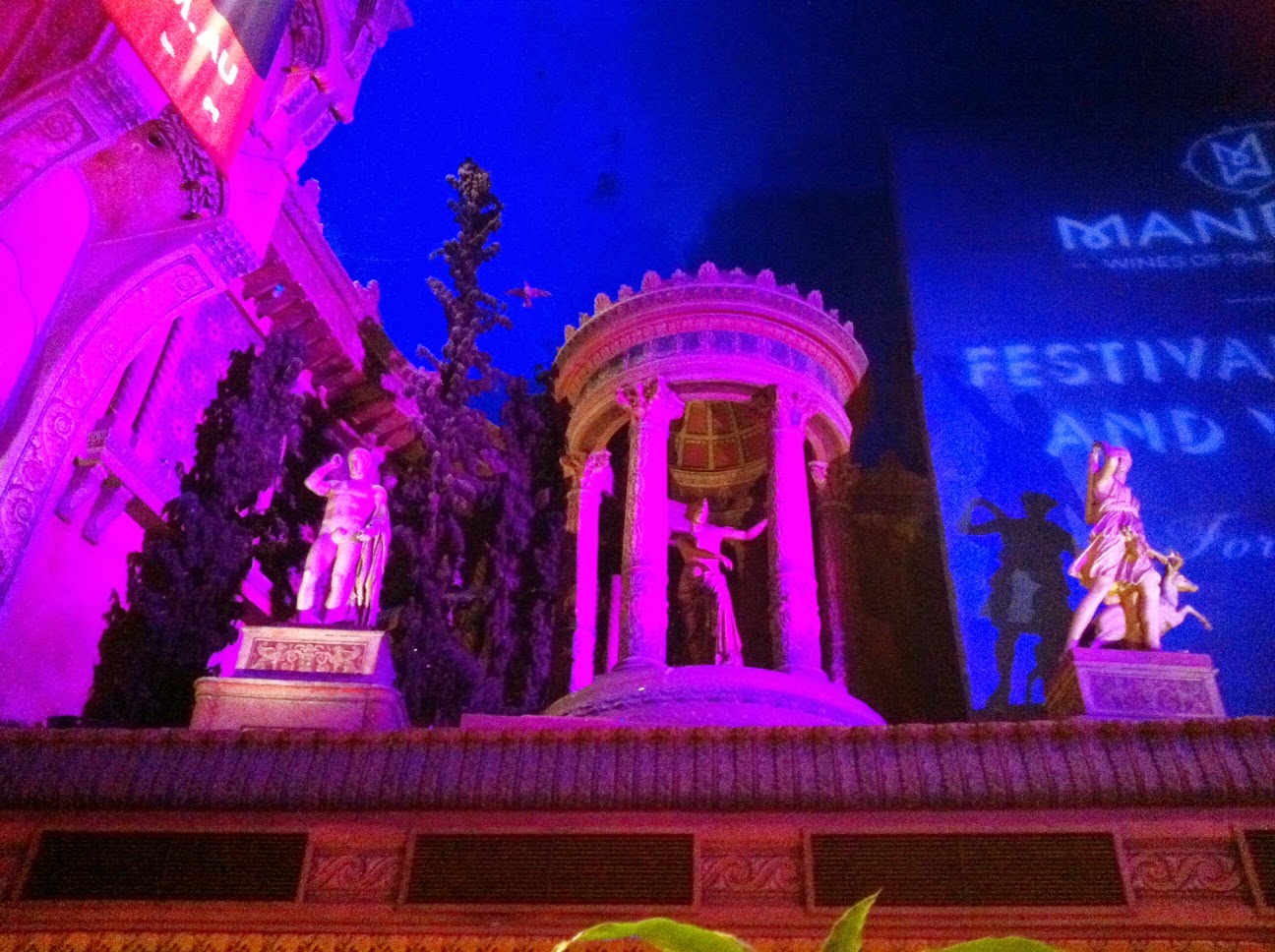 *Our 2014 MIFF movies:
Life Itself
The Vanquishing of the Witch Baba Yaga
An Honest Liar
Sepideh – Reaching for the Stars
The Story of my Death
The Galapagos Affair: Satan Came to Eden
Rhomer in Paris
Iranian
Jauja
Trespassing Bergman
The Great Museum
Baal
Amour Fou
Posted by Deborah Klein at 7:49 PM