Since returning from the UK most of my studio time has been taken with finishing or continuing existing projects. I now realise this was fine, because at least I was able to retain a vital connection with the work as I considered its future direction. Once in a while I reach a major crossroads. This has been one of those times, however I don't ever recall feeling such degrees of anxiety and uncertainty about which way to proceed. I haven't been experiencing an artist block; rather I've been faced with the conundrum of having too many potential paths from which to choose. Pursuing all of them would require at least six clones of me and could also result in fragmentary, scattered imagery, rather than a strong, cohesive body of work. Finally, I had an extended brainstorming session in the studio, which basically involved setting out many of the dozens of references I've accumulated over the past several years. For the first couple of days the studio looked like a bomb site. I took heart from the title of one of the books, which I hoped would be prophetic: The Way Opens. 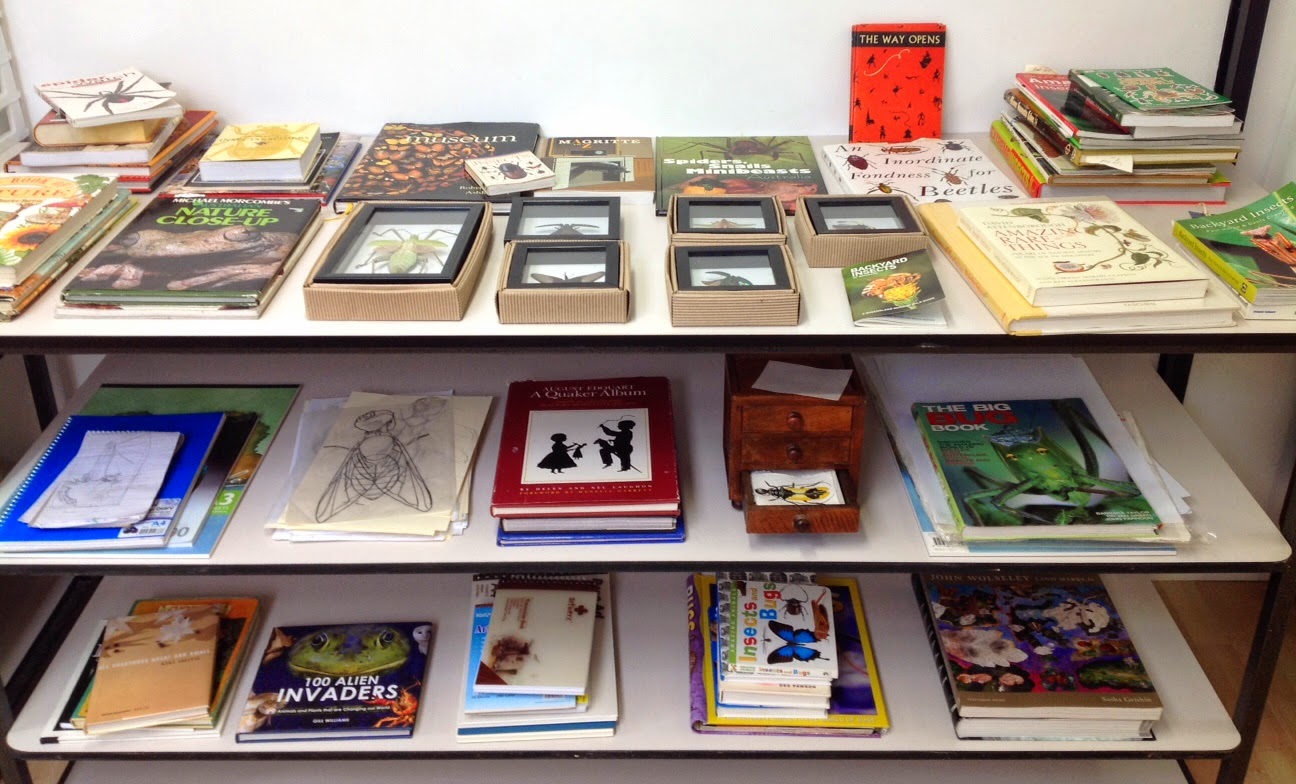 From chaos, which I can tolerate for just so long, came the decision that for now I will pick up some of the threads from the Myth-entomology series. Although I'm still locked into several printmaking projects (including the artist book Homo-insecta, recently shortlisted for the Fremantle Arts Centre Print Award) I will concentrate on developing the watercolours that began life with the tiny Cabinet of Insect Women, 2012. It had always been my intention to gradually increase the scale of the homo-insecta watercolours with a view to extend the work technically and conceptually.

Fierce storms were raging as I laboured to breathe colour and life into the first of these, Catoxantha opulenta beetle woman. I couldn't help but recall the eponymous doctor in the film version of Mary Shelley's Frankenstein (d. James Whale, 1931) who brings his own composite creature to life during a thunderstorm.

As noted in my previous post, the natural history illustrations of Maria Sybilla Merian are a key influence - even more so since recently studying her work in the British Museum. The vibrant colours and rich, painterly surfaces of her watercolours on vellum particularly struck me - doubtless a reflection of the exotic Surinamese flora and fauna that were the subjects of her most renowned works. Even as I wielded my brush, I was increasingly aware of how much seeing her work in the flesh has emboldened my watercolour technique.

I worked in part from one of the insect specimens I acquired earlier this year at Melbourne Museum. The working drawing directly below it is one of several I made when mapping out ideas for the linocut I produced as special guest artist at the Australian Print Workshop back in January. 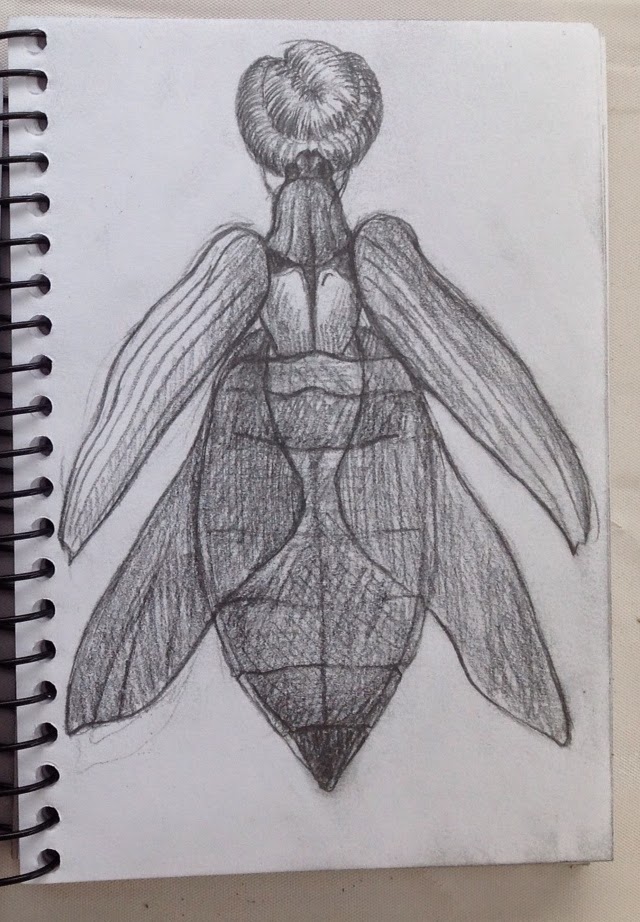 All of this makes me suspect I was already on my chosen path and had merely wandered from it.

Posted by Deborah Klein at 2:17 PM