It wasn't about which political side you were on. It was a protest against a government that was actually voted in by my fellow Australians, a government that is in the process of destroying everything so many of us still believe in. And so, so many of us were there yesterday: estimates vary from 30,000 - 50,000. In the last three days similar marches have taken place all over the country.

March in March began with a rally outside the State Library of Victoria. Afterwards the crowd marched from Swanston Street, turned left into Bourke Street and officially ended on the steps of Parliament House. These are a very small selection of around two hundred shots I took yesterday (including the shameless selfie of Shane and I directly below). We were both very proud to be there. Lately we'd been feeling deeply ashamed to be Australian. 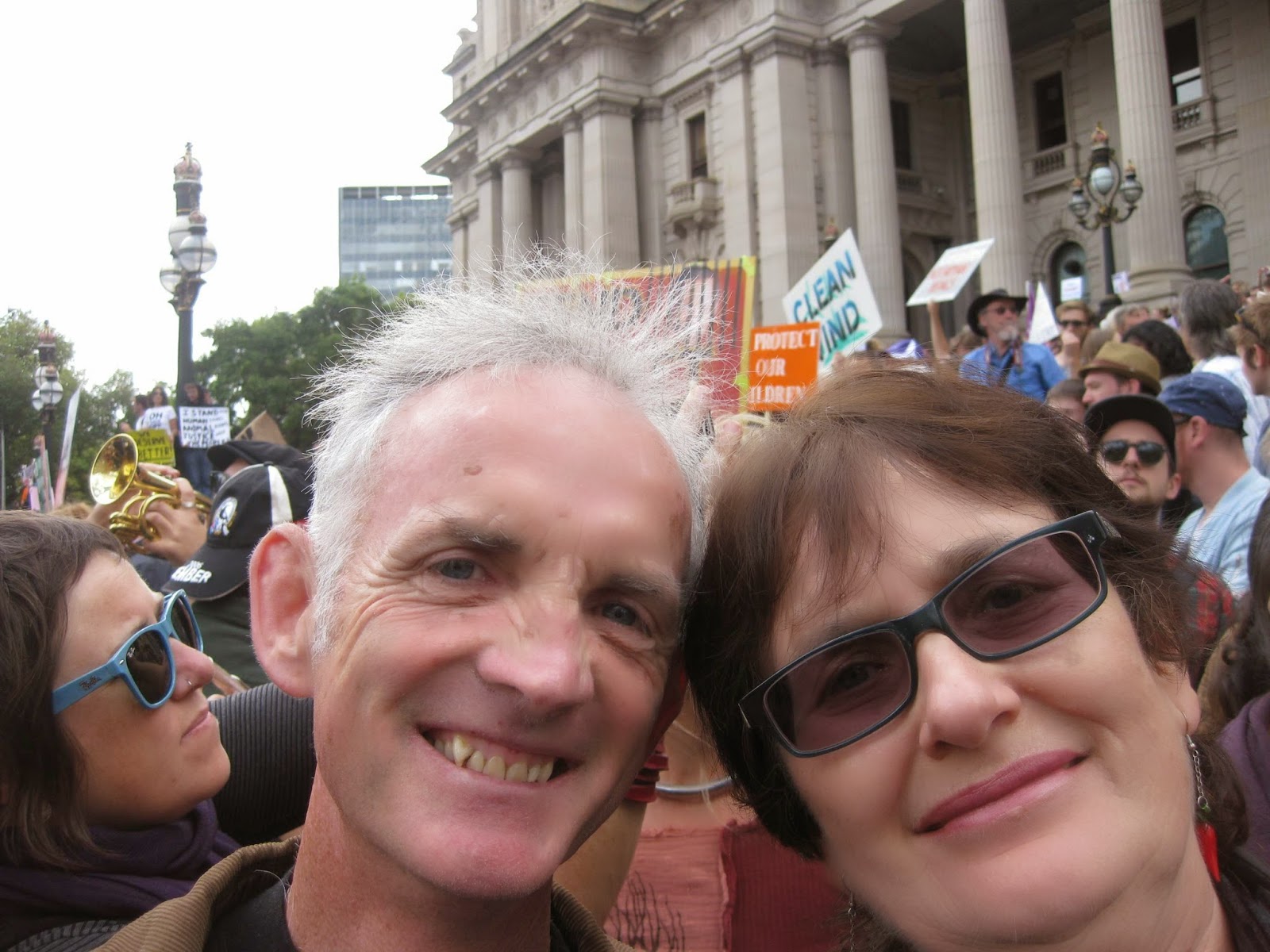 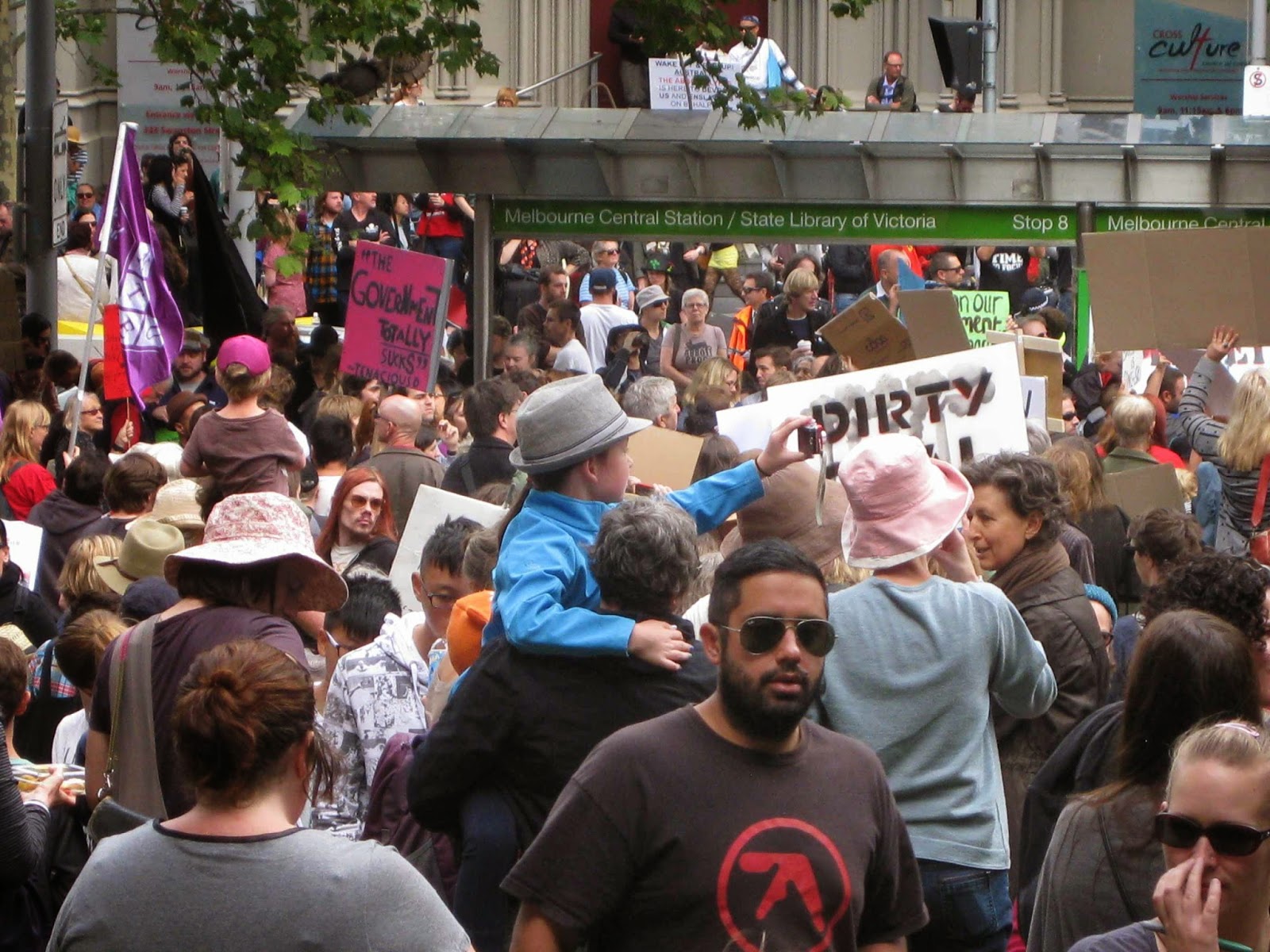 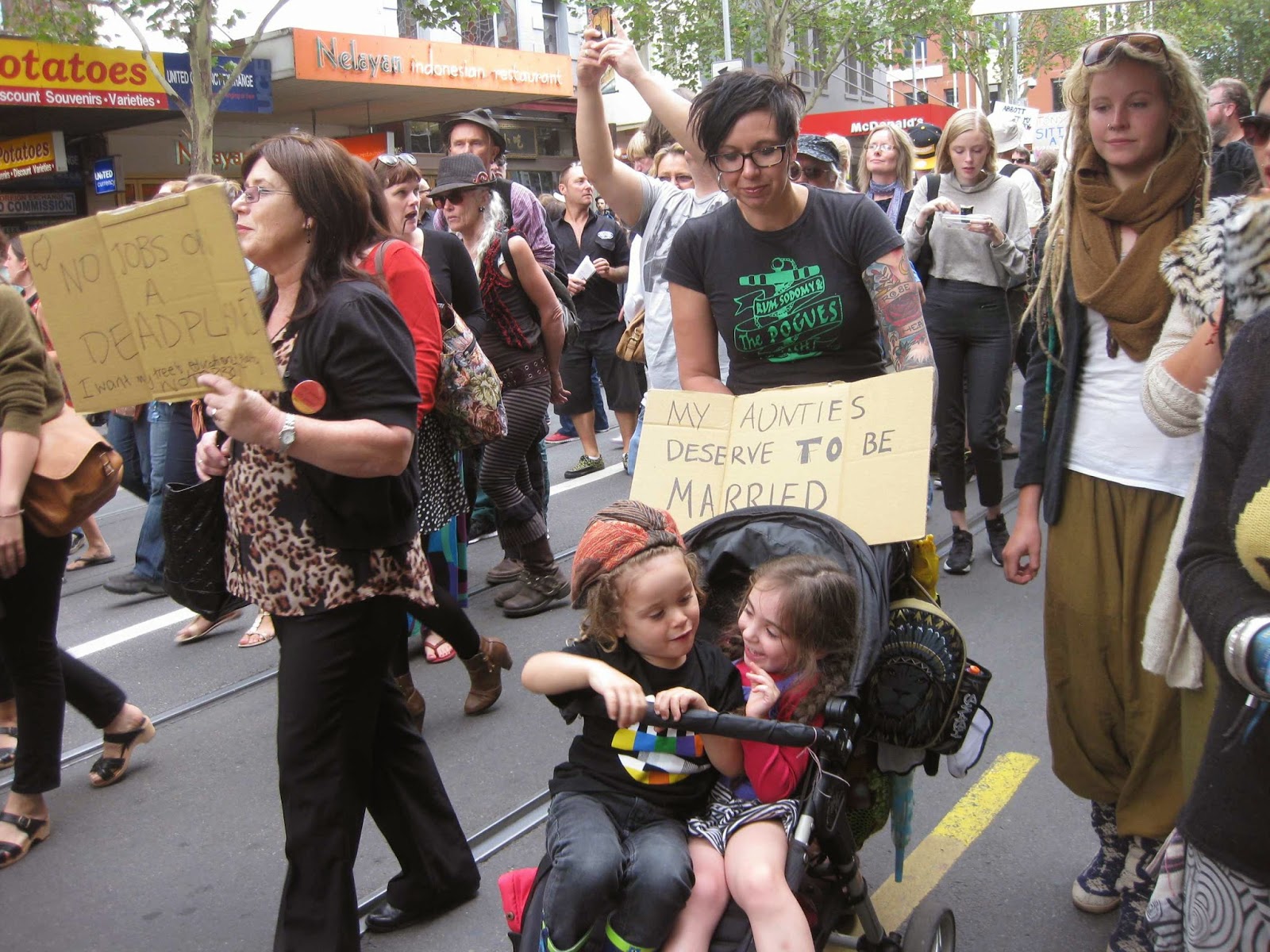 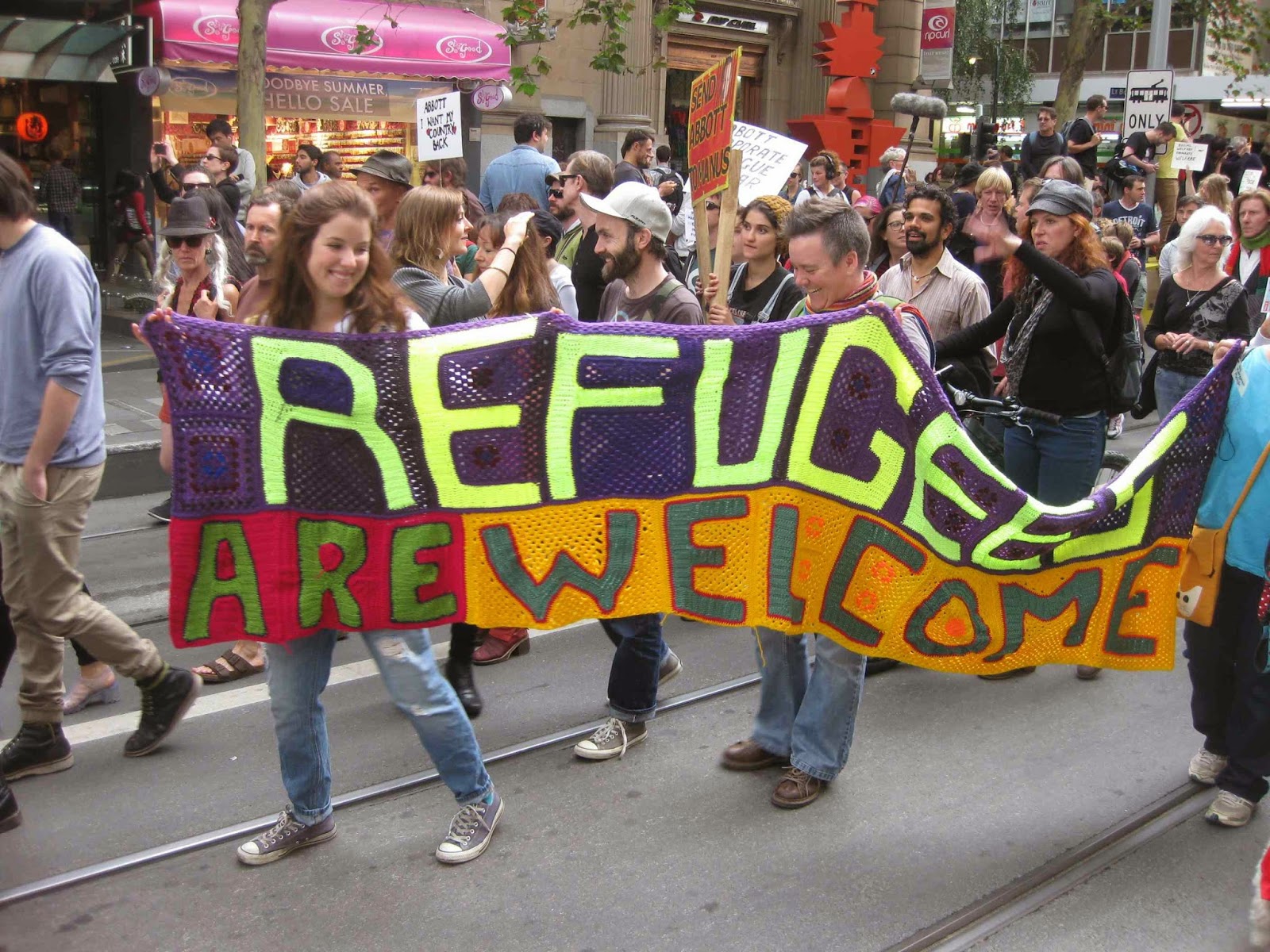 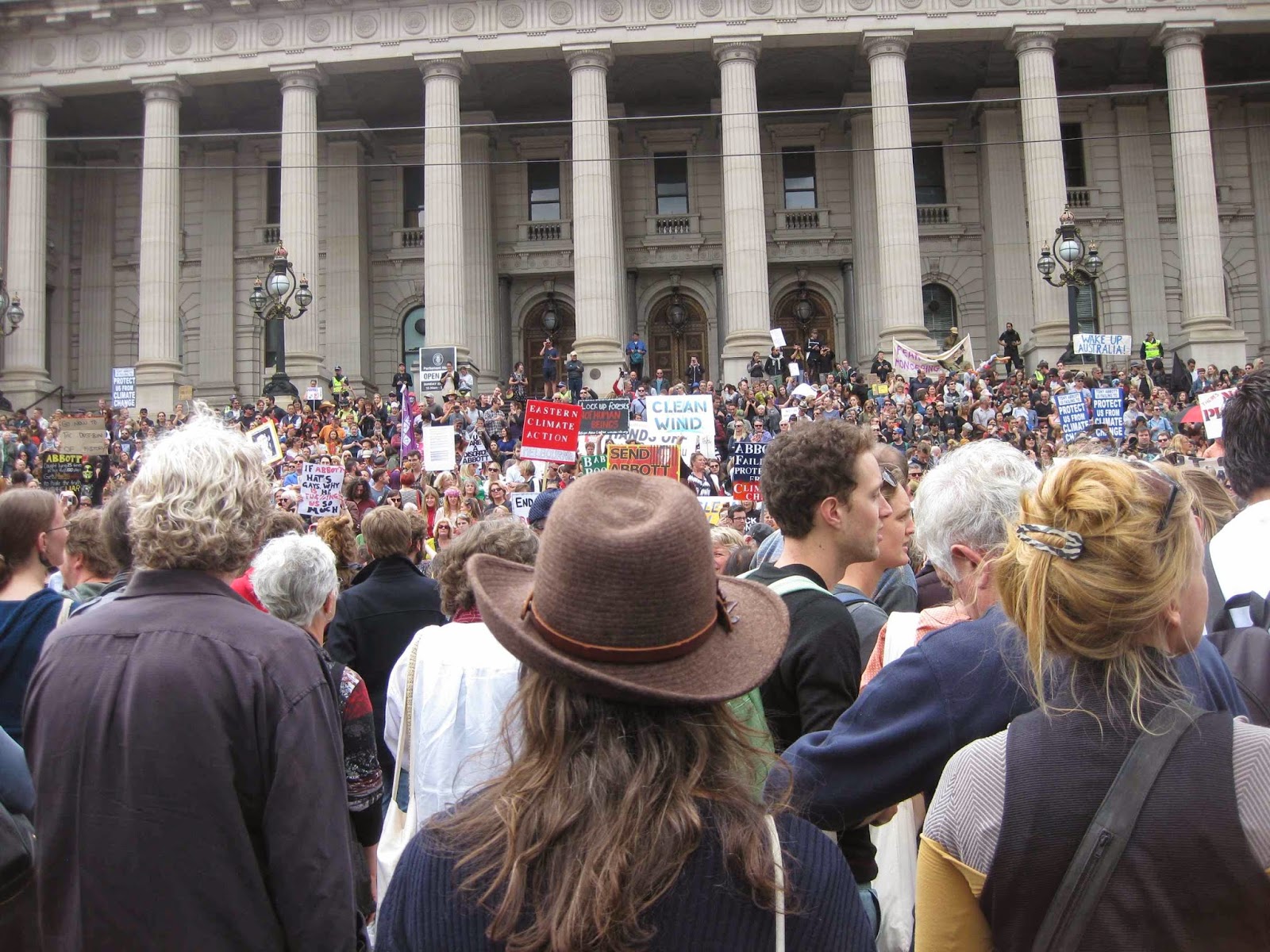 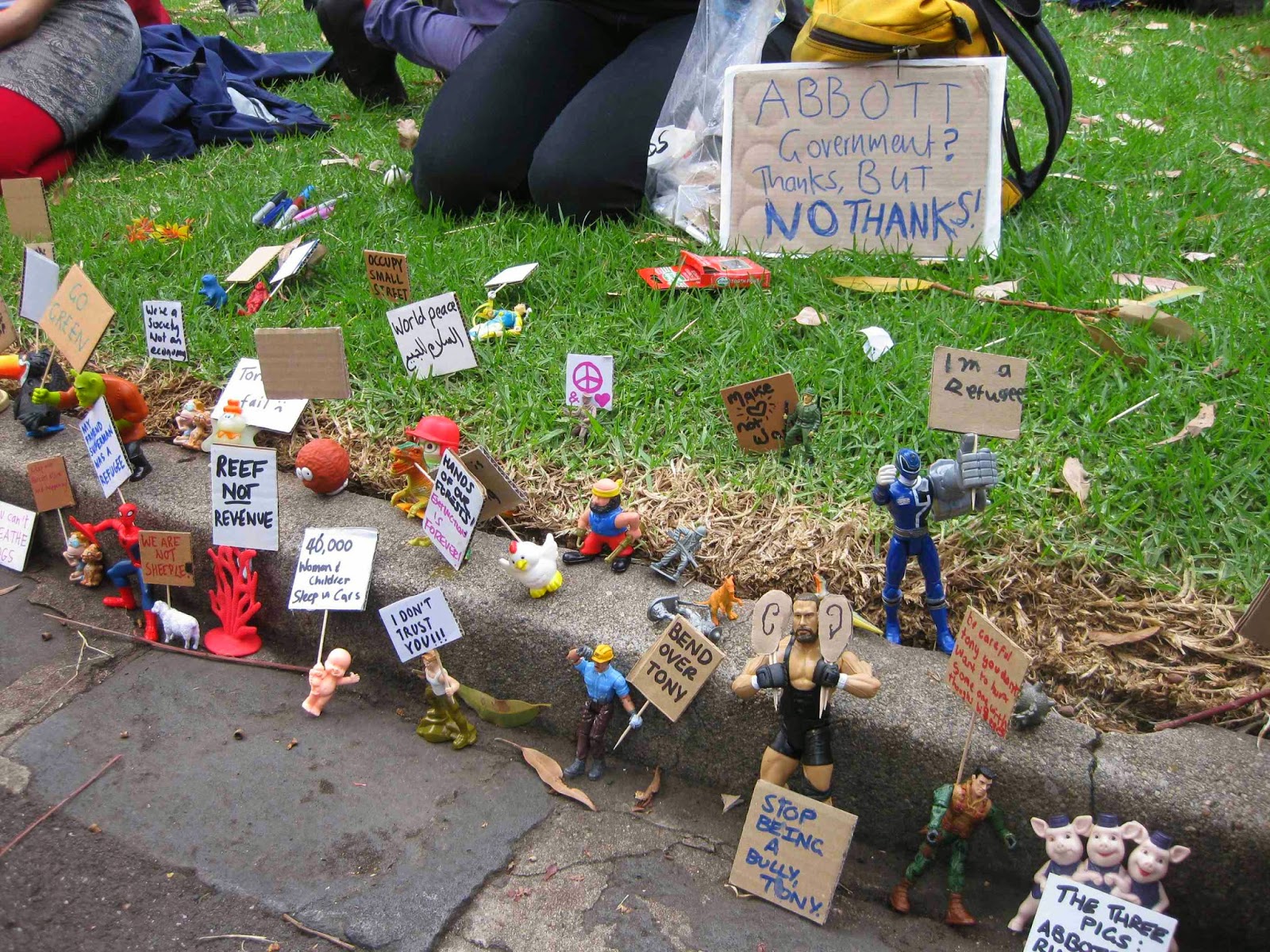 Posted by Deborah Klein at 2:37 PM