Last week in Ballarat the final stages of cutting the lino block for Jewel Beetle Woman were completed - just before the heat in the studio became completely unbearable. During the coming week I'll deliver the block to Master Printer Simon White at the Australian Print Workshop for proofing. 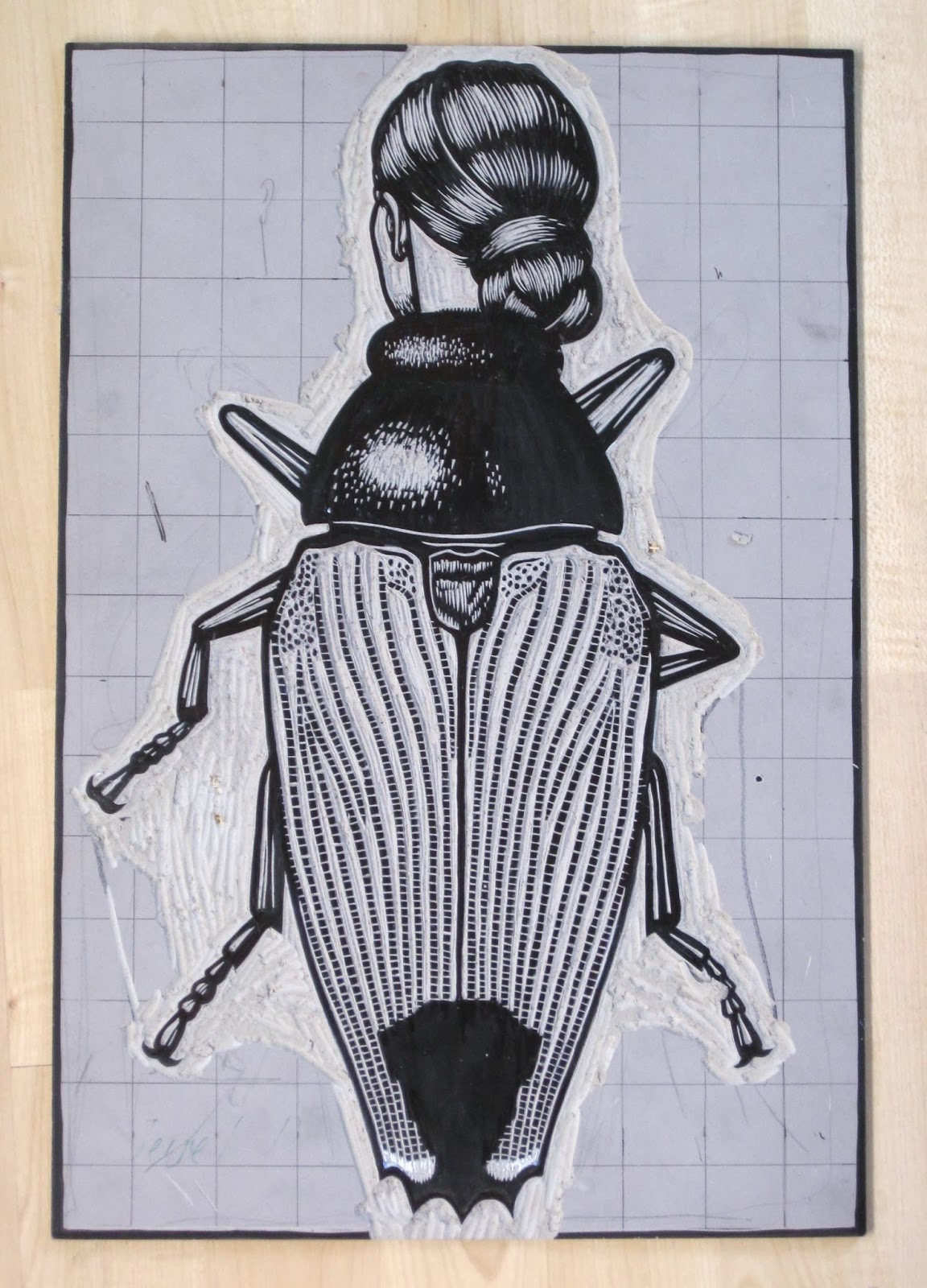 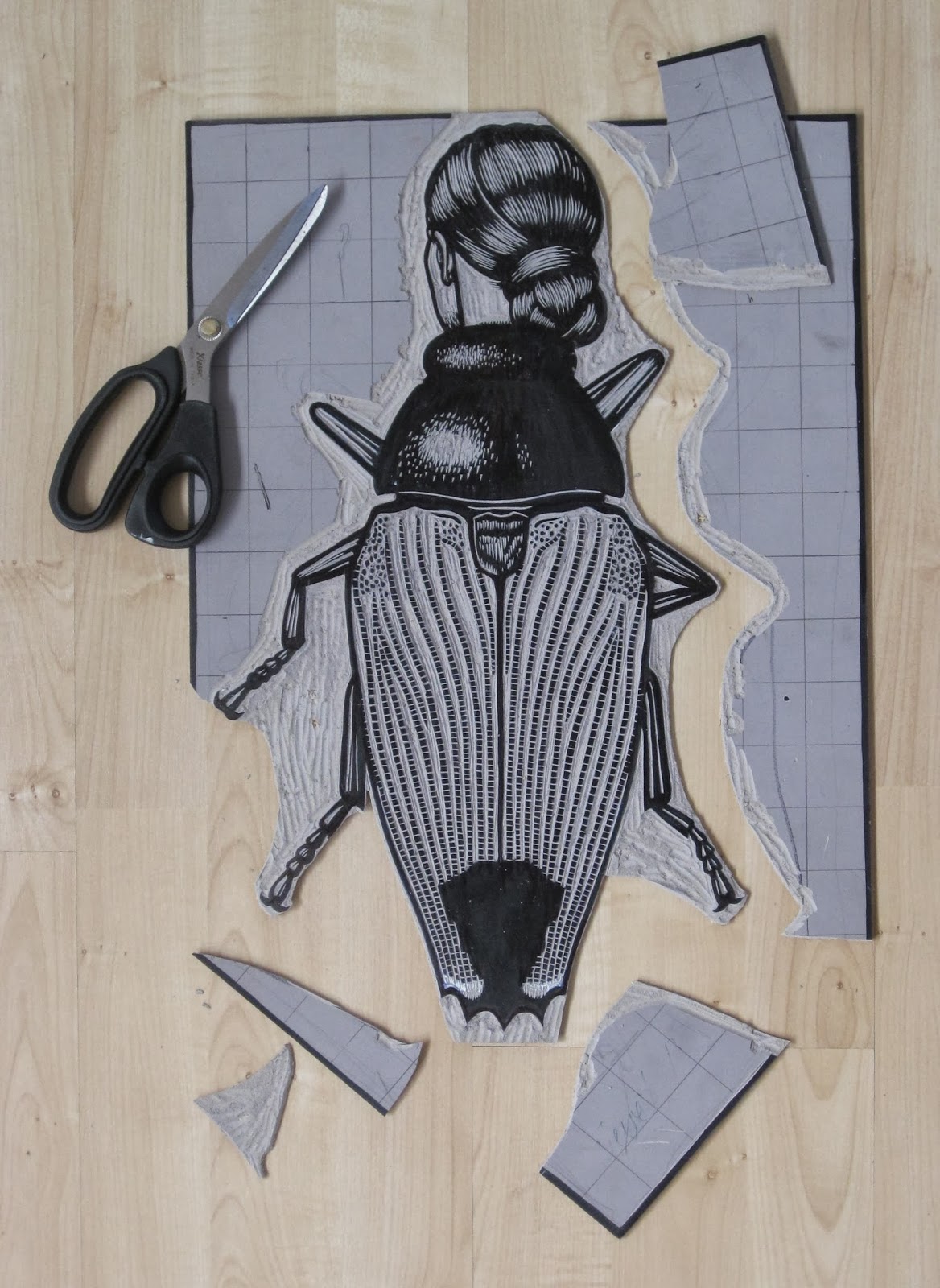 Although I initially drew a border around the image, I thought it better to float the figure on the page, with no extraneous marks. All that remains of the original background are the areas around three of the insect woman's legs. They were retained to provide reinforcement for those particularly fragile areas; however, they are not intended to appear in the printed image. 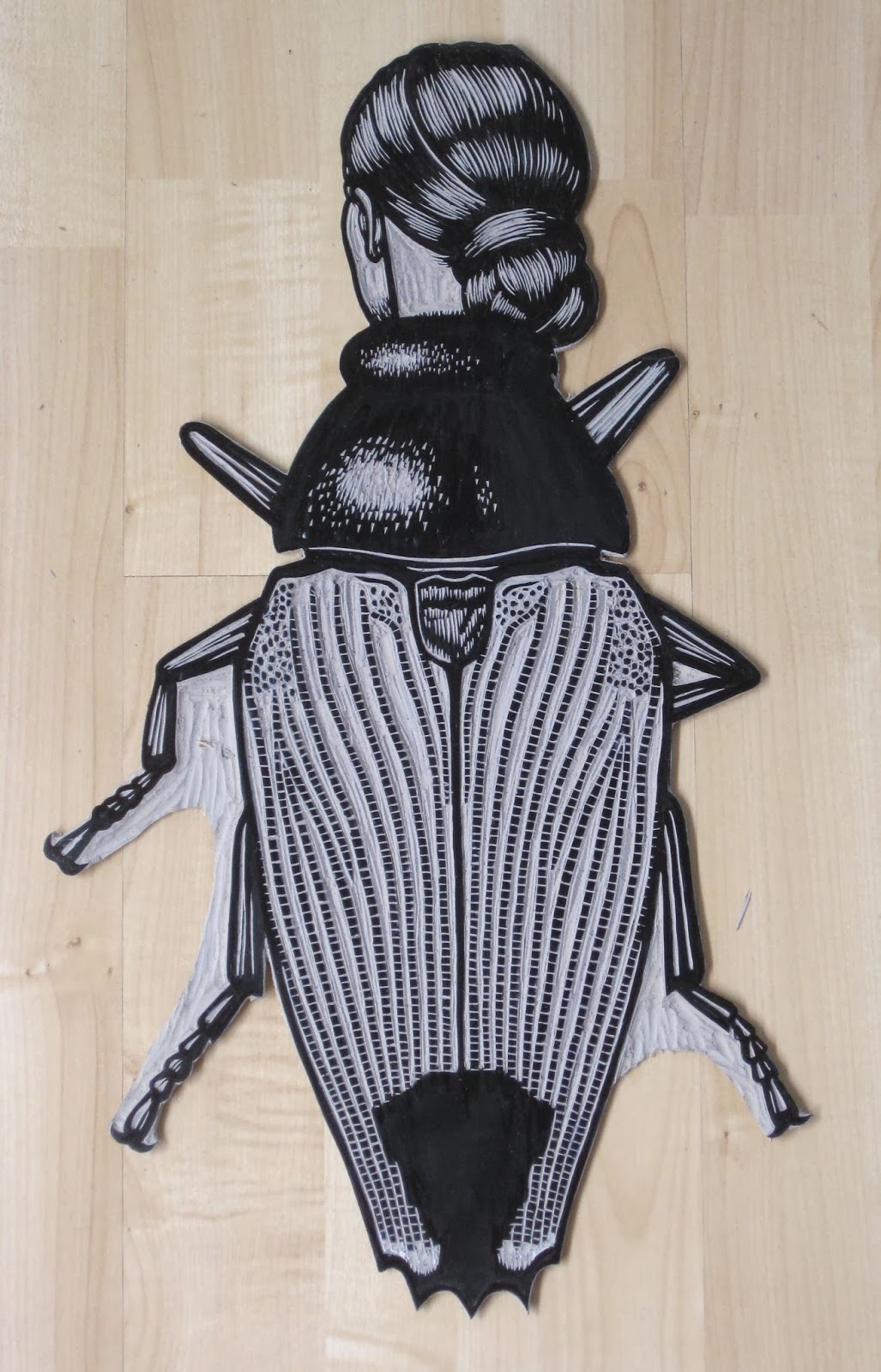 Posted by Deborah Klein at 7:00 PM