Part of the first floor of our place at Abbotsford served as my partner Shane Jones’s studio for several years, while I worked on the ground floor. When I took a studio in the Melbourne CBD in late 2007, Shane decided to shift to my old workspace, where he found he could better control the light. The walls in the upstairs area remained hung with his artwork. It looked great, so there was no reason to move it. But when I recently set up in his previous space, I felt a little like a squatter. Shortly after my last post, we spent a solid day hanging a substantial amount of my work on the walls and transferring Shane’s paintings to the walls of his studio below. (At this point, I must shamefacedly confess he’s still storing some stuff from my former occupancy in his area. In my defence, there’s nowhere else to put it, at least until the Ballarat studio is finished.) On balance, the cupboard in my studio contains Shane’s extensive shell collection for much the same reason.

Some pictures by Shane and other artists, including Rona Green and Clare Humphries, slightly overlap my new studio (top left and left of the venetian blind in the photograph directly below.) The remaining wall space of our first floor is covered almost entirely with the works of numerous artists, in the mother of all salon hangs. You can get mighty tired of looking at your own work all day, so I’m grateful to have them all as muses. 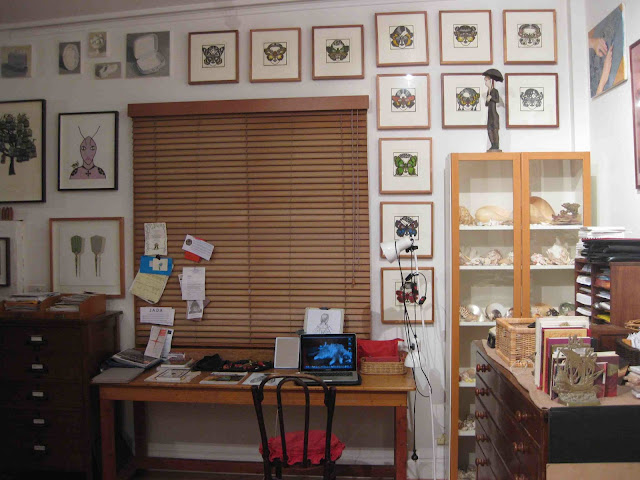 Meanwhile, the territory of the atelier is certainly more distinctly marked, and my newly installed work (from the ongoing Myth-entomology series) should be a helpful point of disembarkation for current projects. 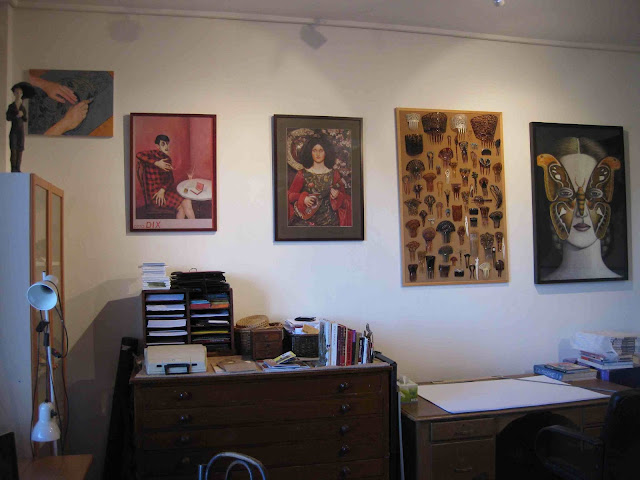 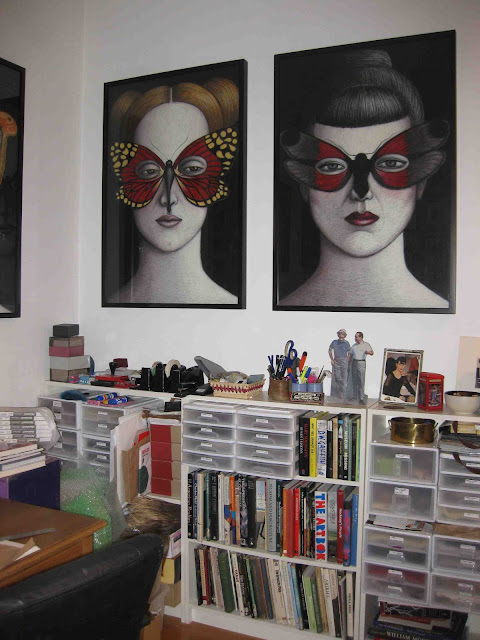 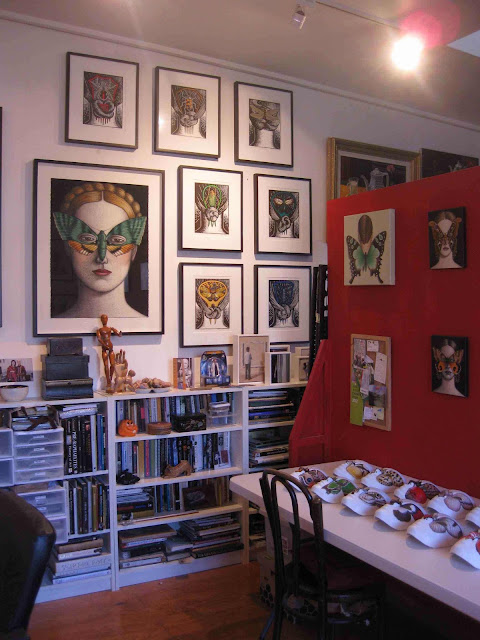 Upper LHS: Painting by Shane Jones of my hands at work on the
linocut Rose Tattoos (1996). Next to it is a poster of Portrait of the
Journalist Sylvia von Harden by Otto Dix (1926). I fell in love with the
original painting at first sighting in the Pompidou Centre in Paris in
1993. It's still one of my favourite pictures in all the world.

Third and fourth photographs from top:

Studio views including Moth Masks and The Enchanted Hair Ornaments
linocuts.
Posted by Deborah Klein at 1:53 AM