A standout at Tate Modern was Poetry and Dream – Dark Humour. Suites of Marcel Dzama’s drawings and Louise Bourgeois’s prints were included, along with works by David Shrigley and Jake and Dinos Chapman. The exhibition directly linked the artists’ singular brands of humour to the Surrealists, for whom dark humour was central. Anthology of Black Humour, edited by Surrealist leader Andre Breton (first published in 1940 and still in print) identified gallows humour as ‘the mortal enemy of sentimentality’. Dzama’s fragmented narratives, partly influenced by his voracious childhood consumption of comic books, typically incorporate hybridised animals and plants interacting with humans; Bourgeois characteristically used humour to undercut traumatic subject matter. 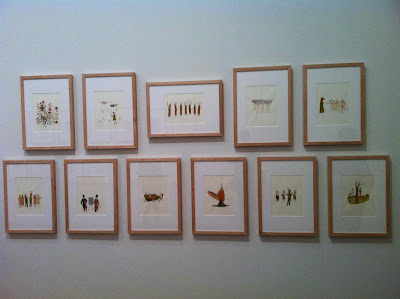 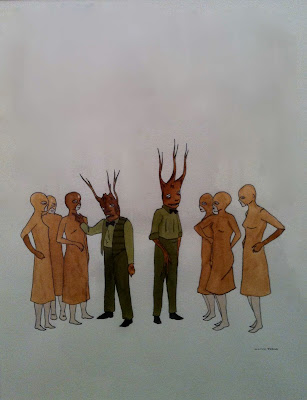 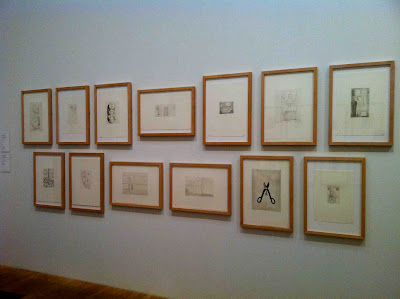 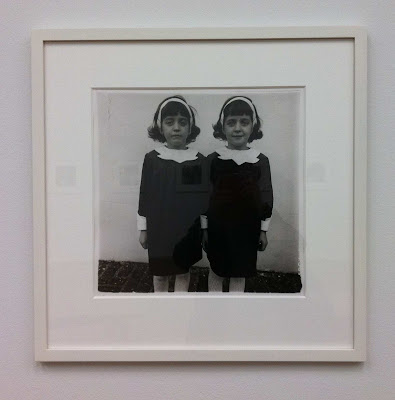 
In complete contrast were the introspective, melancholic portraits of Gwen John, one of my favourite artists. In this context, John’s portraits also serve as a bridge from one Tate to the other. 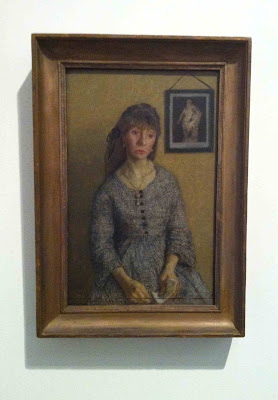 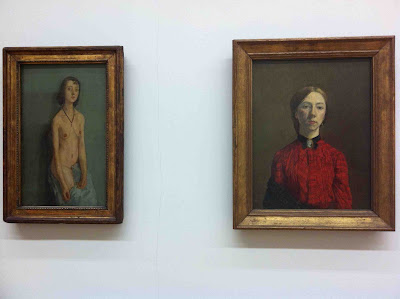 
Gwen John at Tate Britain: Left to right: Nude Girl, 1909-10 and  Self Portrait, 1902, both oil on canvas
The installation view at Tate Britain directly below includes several other well-loved paintings. 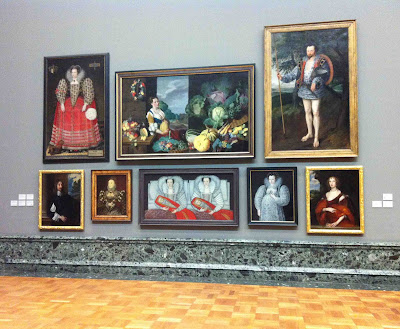 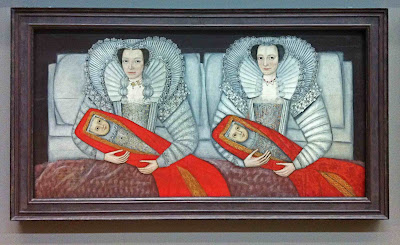 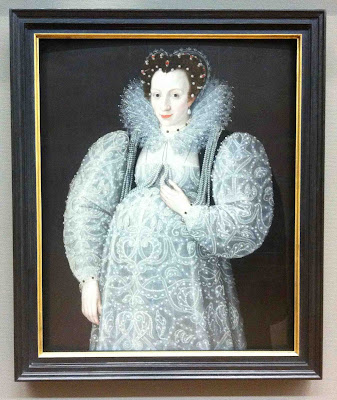 Second and third from top:


One of the pictures that over years has consistently captured my imagination:
British School, The Cholmondeley Ladies, c 1600-10, oil on wood


Richard Hamilton is one of several very fine artists who sadly died this year. As a tribute, Tate Britain exhibited a handful of his key works, including these two: 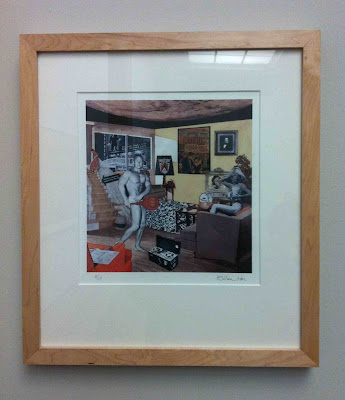 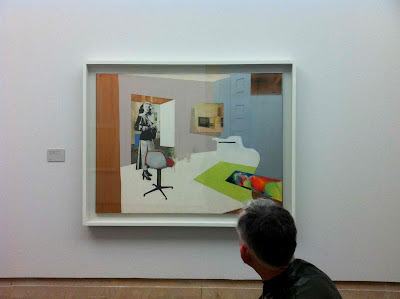 From top: Ostensibly his most iconic image, Just what was it that made yesterday’s homes, so different, so appealing? 2004 (upgrade) Inkjet print on paper


Interior II, 1964, oil paint, cellulose paint and collage on board (with Shane Jones in foreground)
Another work with dark overtones (supposedly it is an anti-war protest) is Mark Gertler’s Merry-Go-Round, one of the paintings that I’ve most revered since my first visit in 1973 to what was then the one and only Tate Gallery. I used to hang out there a lot back in those days. As far as the London Tate Galleries go, for me it is still the one and only. 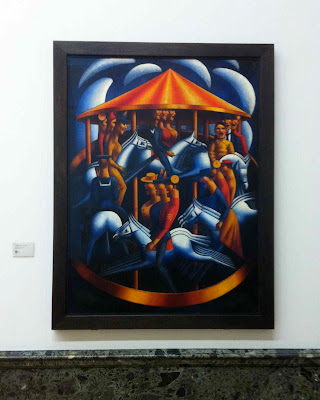