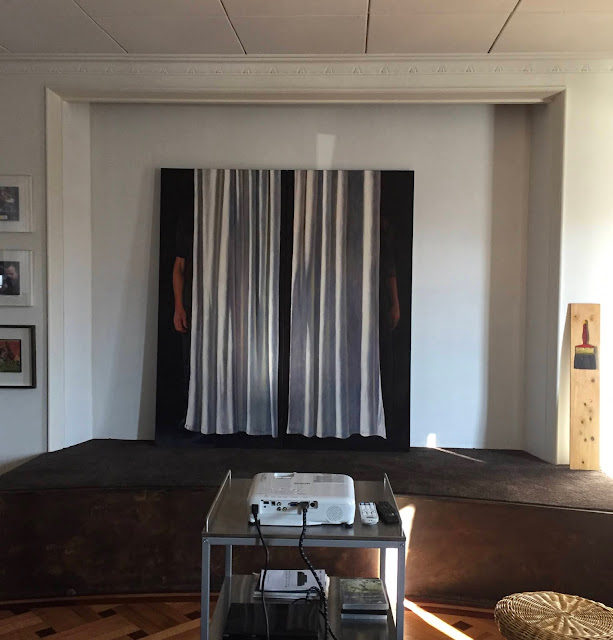 Recently Shane and I bought ourselves a projector and the cinema on the first floor of our house is now complete. Amidst the ongoing uncertainty of COVID-19, it seemed to us that it could be a long while yet before our friend Ross, who, as I mentioned in my last post, is generously presenting us with a digital projector, would be able to travel from Melbourne to assist us in setting it up.

Following some online research, we purchased an inexpensive projector from our local Officeworks in Ballarat. It’s only intended for interim use, and for the price we paid, we weren’t expecting it to be anything more than basic. In fact, it works a treat. The picture quality is excellent and the inbuilt sound system is fine for most films, although in the future we may consider investing in some speakers. 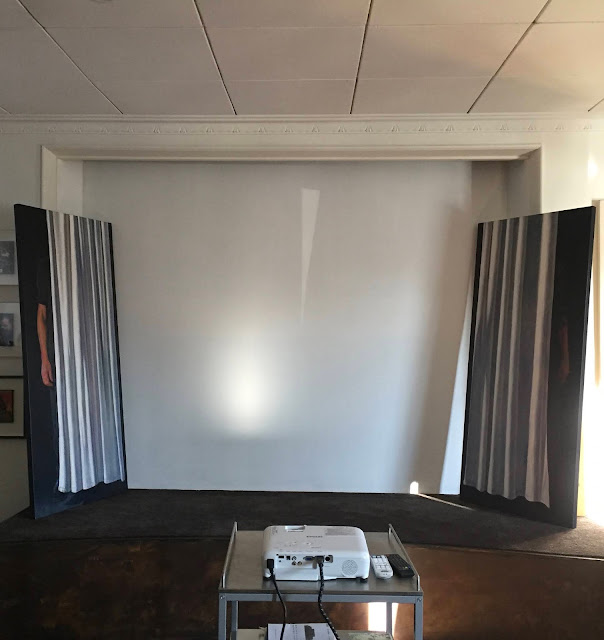 Having an operational cinema at long last has enriched our lives beyond measure. Every evening is spent up here. I have a penchant for silent films, and first we focused almost entirely on those, including The Cabinet of Dr Caligari (Robert Weine, 1920), Der Golem (Paul Wegener, 1920), Faust (F. W. Murnau, 1926), Pandora’s Box (G. W. Pabst, 1929) and many others.

Pictured below is a frame from the enchanting animation, The Adventures of Prince Achmed (Lotte Reiniger, 1926) that has had a considerable influence on my own work.

All of these films increase in richness with every viewing, particularly on a cinema screen. 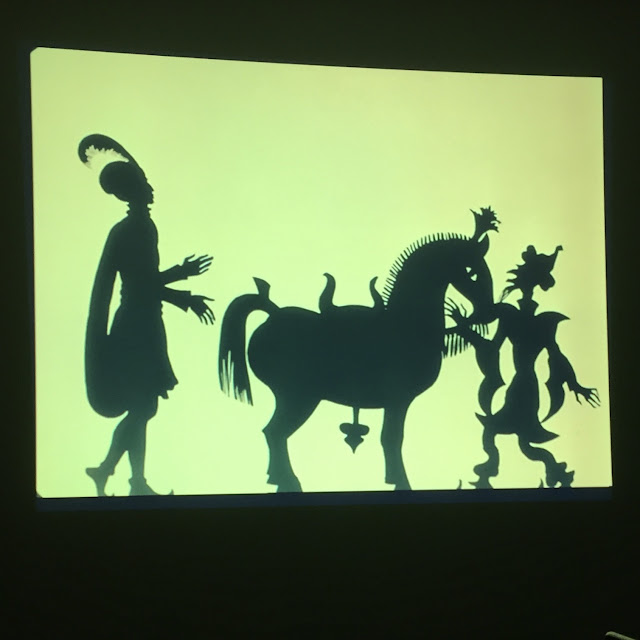 So far, the greatest revelation was our first viewing of a rare Orson Welles film, Too Much Johnson (1938) starring Welles stalwart, Joseph Cotten, who appears to have done his own stunt work. (See  below). A delightful pastiche of silent films, it pre-dates Citizen Kane (1941). Until 2008, it was considered to be a lost film. For more about Too Much Johnson, go HERE. 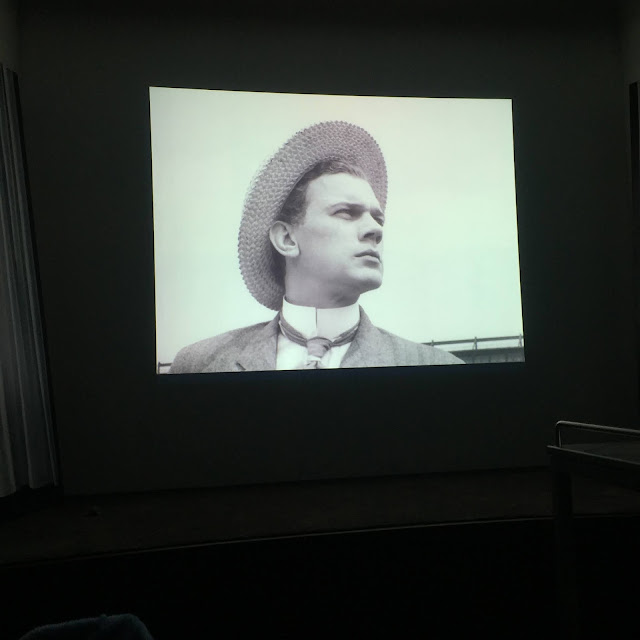 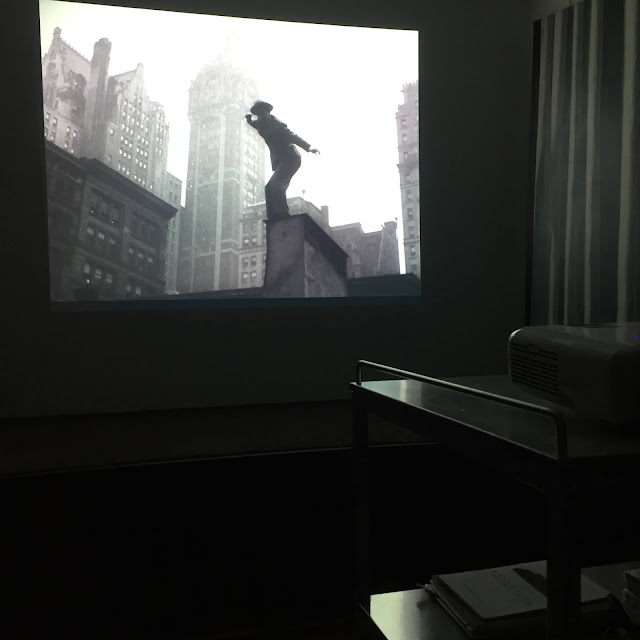 Never in my wildest dreams did I imagine I would have a studio opening directly onto a cinema. Needless to add, I’m in heaven.

Paintings in the top and second from top views are by Shane Jones.

Posted by Deborah Klein at 9:01 PM