Pictured above: Apiarist, a study for a larger-scale work, but also a finished drawing (or near enough to it), made during the interminable house moving that has dominated most of this year. (More about that soon).

The work is one of several undertaken during my stay in Melbourne for the 2019 Melbourne International Film Festival back in August, although the drawing was still barely outlined by the time MIFF had ended.

One of my favourite MIFF films was the documentary, Honeyland. Its message and real-life heroine, Hatidze, a Macedonian bee keeper, impacted directly on the making of Apiarist.

Following are a selection of progress views. 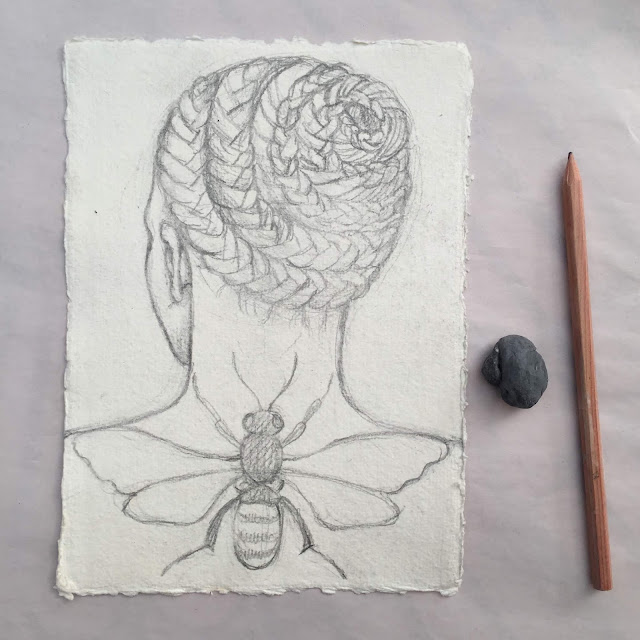 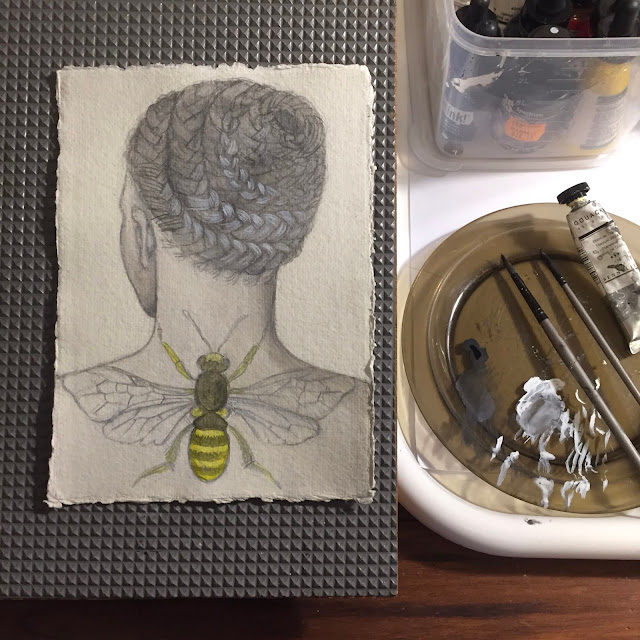 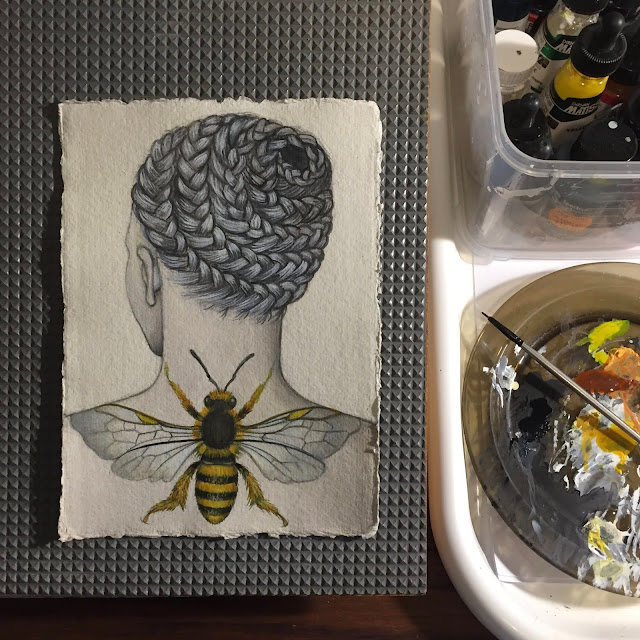 Posted by Deborah Klein at 9:04 AM