Two of my works, including Progeny, a one-of-a-kind artist book, are finalists in the Biblio Art Prize 2018, which celebrates its 10th anniversary this year.

Progeny was created during my residency at Melbourne Athenaeum Library for Melbourne Rare Book Week 2018. Its point of departure is Mary Shelley’s groundbreaking Frankenstein; or, The Modern Prometheus, also celebrating a significant anniversary in 2018: the 200th year of its publication. 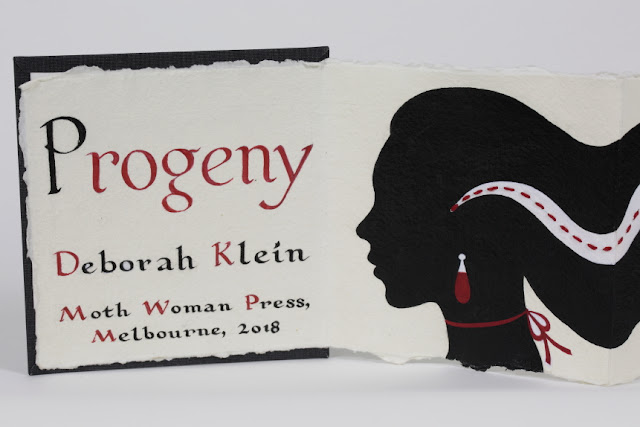 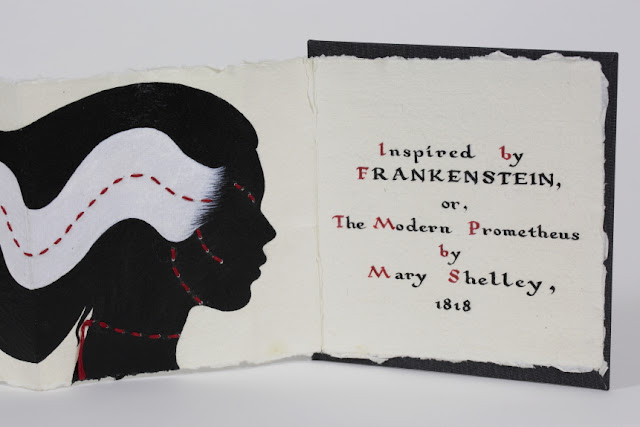 In related noteworthy anniversaries, 28 October was the 116th birthday of the great Elsa Lanchester, arguably best known for her astonishing portrayal of the Bride of Frankenstein (1935) in James Whales’s eponymous film (widely considered to be the finest of all the Frankenstein movies and a masterpiece in its own right), and today, October 31, is Halloween.

The show runs from 3 November - 2 December and, following this, travels to Tacit Galleries in Melbourne, where it will be exhibited from 5 - 16 December 2018.

Photos by Tim Gresham.
Posted by Deborah Klein at 6:38 AM