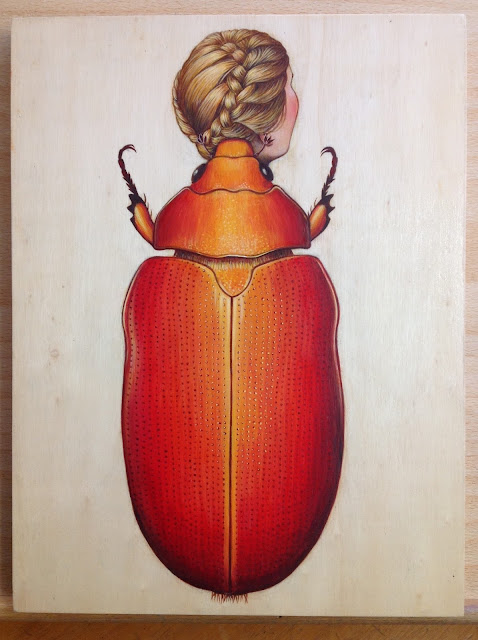 My latest unnatural history painting (pictured above) introduces Christmas Beetle Woman, a recently discovered homo-insecta which evolved from Anoplognathus chloropyrus, one of Australia’s most striking Christmas beetles. As their name implies, these beetles are most prevalent around Christmas time. This particular species and sub-species flourishes in the Murray-Darling basin, the Great Dividing Range and coastal areas of Queensland, New South Wales and Victoria.

Christmas Beetle Woman may have emerged a tad early for Christmas, but was completed in the nick of time for Christmas in July. It’s taken until now to post these images, however, as late July also marked the beginning of the 2016 Melbourne International Film Festival, which I’ve been attending a daily basis. (In fact, this was posted in between screenings).

Pictured below: selected stages in the painting's development. 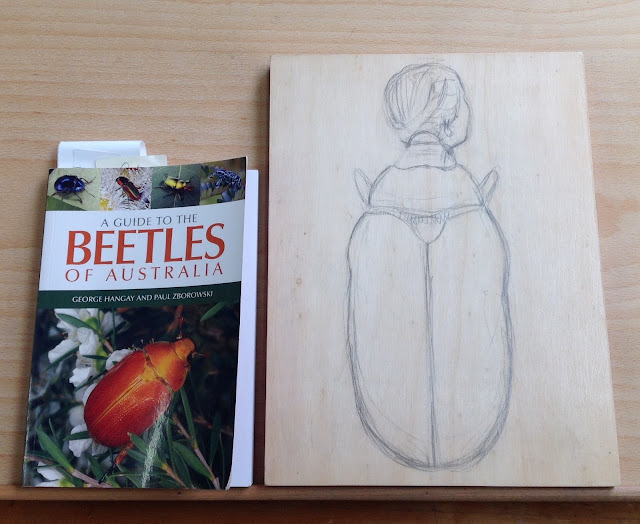 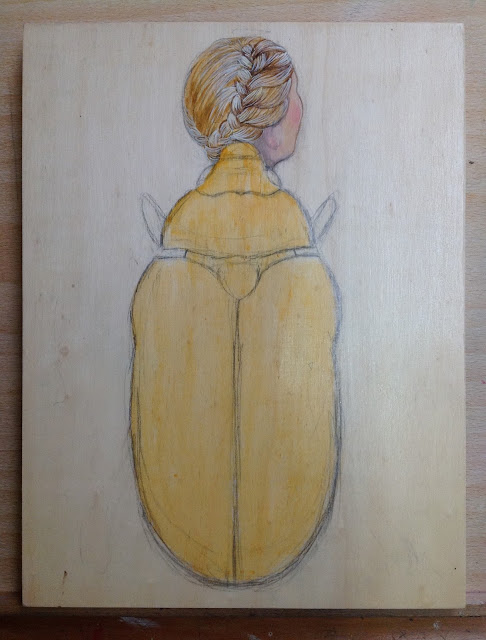 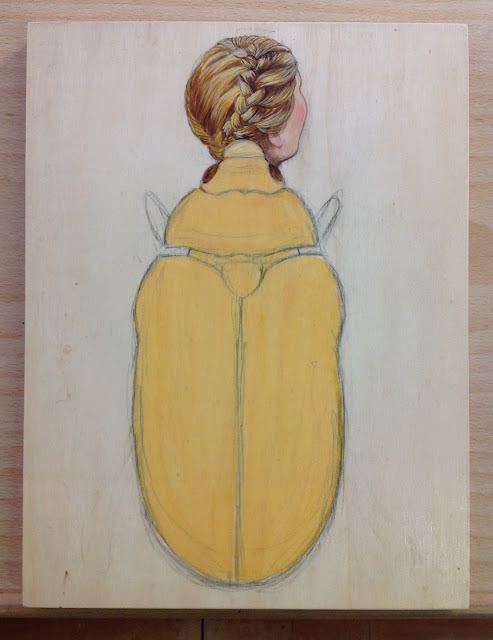 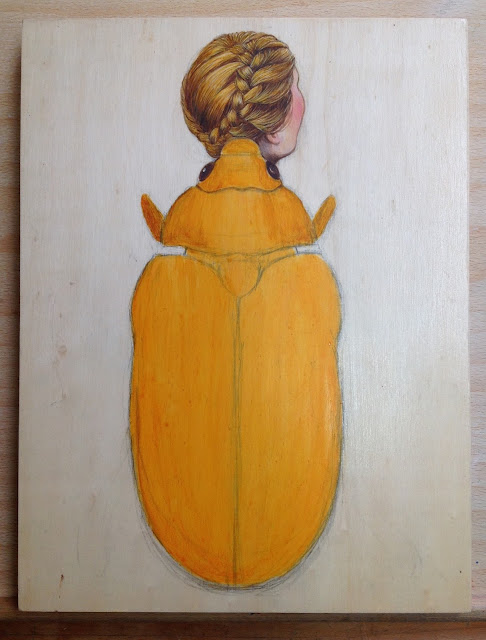 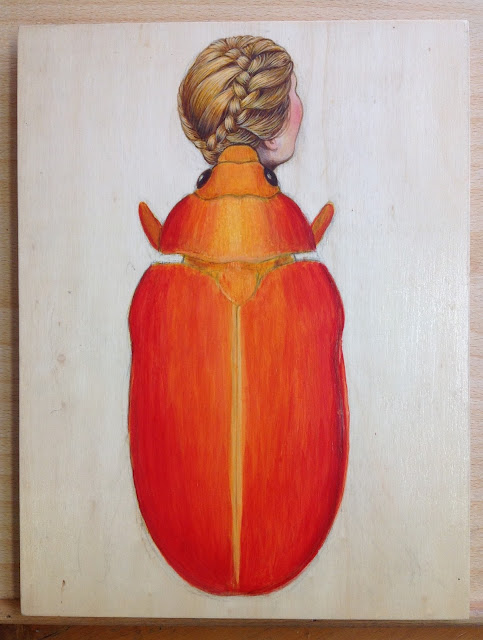 Below, a layer of thin protective varnish is applied before adding final details to the work: 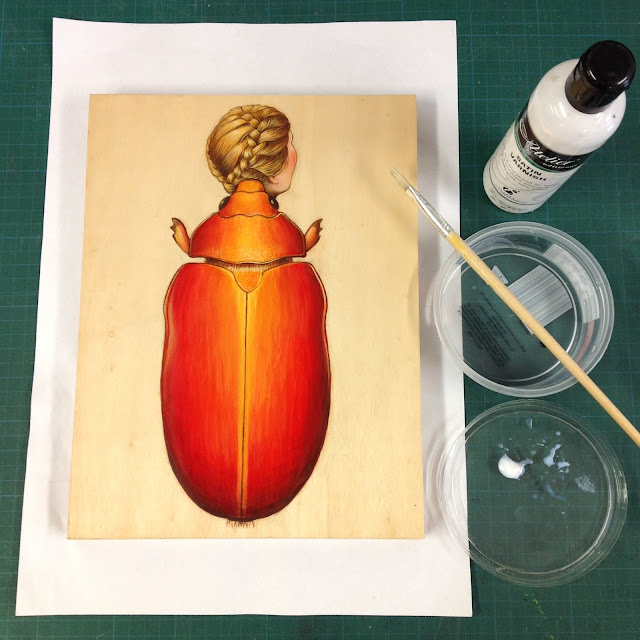 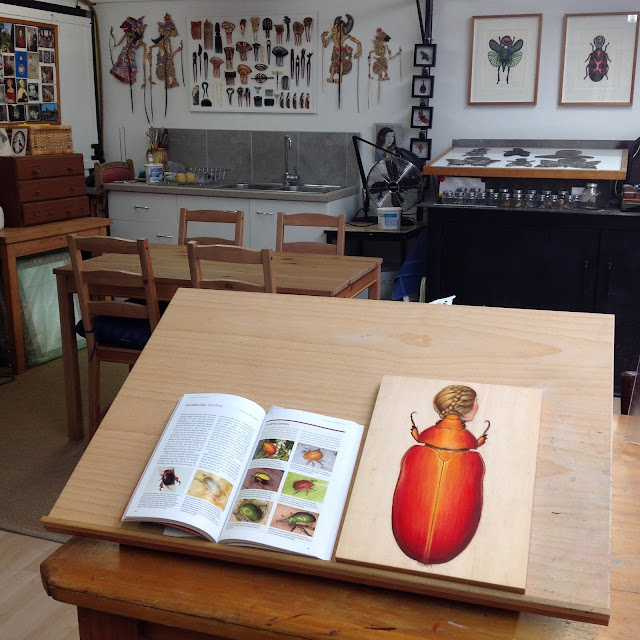 Posted by Deborah Klein at 4:23 PM