More views from the working table (see also previous post). Snapped over a period of several weeks, these photos chart the development of the archival pigment print, Memory #22 (AKA Fallen Woman) the latest work from the ever-evolving Leaves of Absence series.

Working from an outline in my sketchbook, the image was drawn freehand onto the eucalyptus leaves with white Winsor and Newton Pigment Marker: 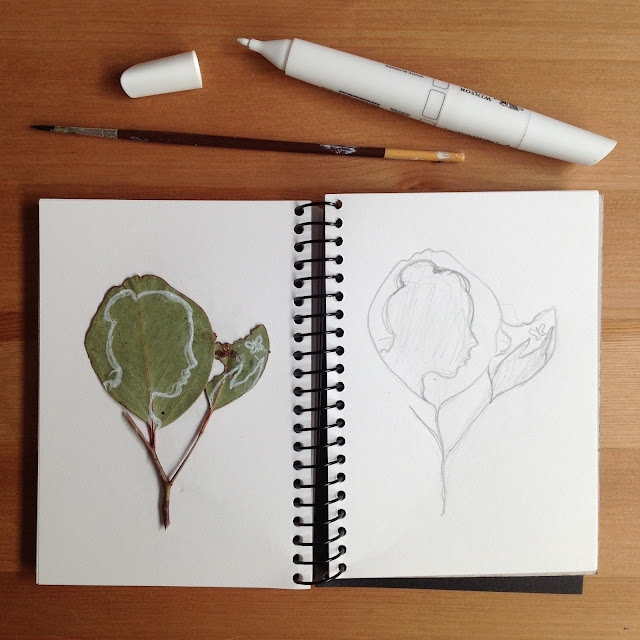 The drawing was worked into with black W&N pigment marker and to a lesser extent with a green marker: 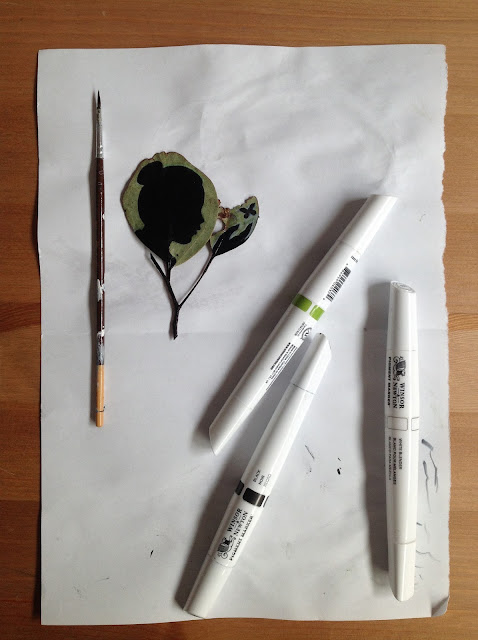 The completed drawing, ready for scanning: 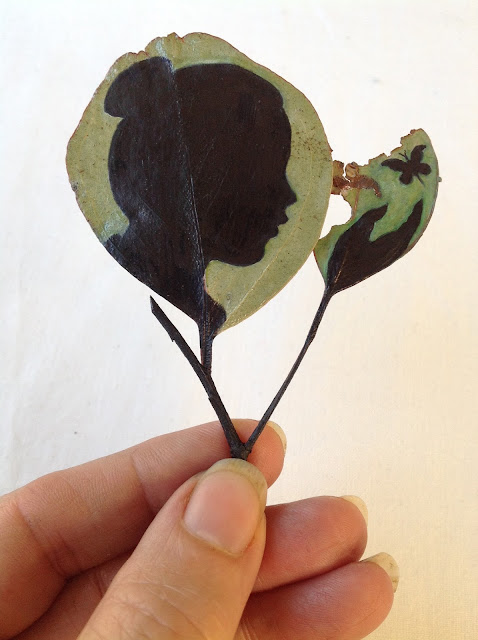 After making dozens of digital proofs based on the above leaf art, I decided to replace the butterfly motif on the smaller of the two leaves with one that I hoped would look a little less cliched: 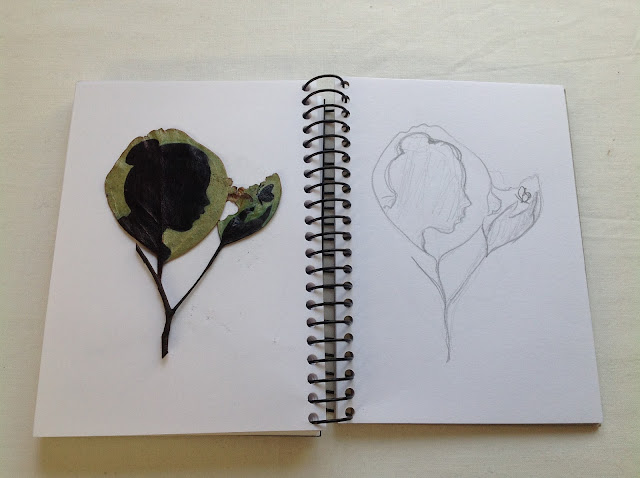 This is one of several proofs that resulted: 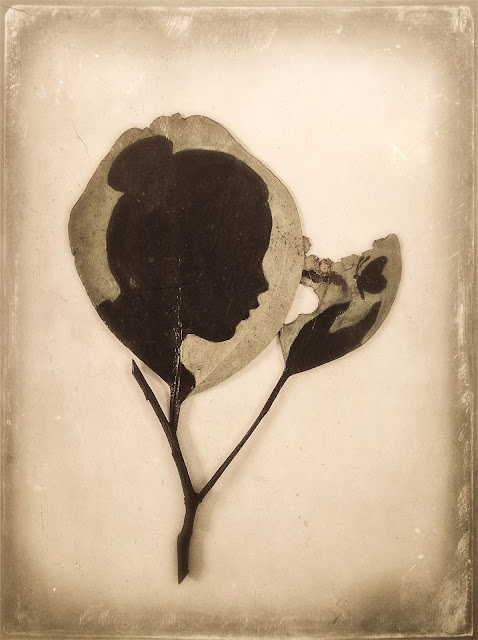 Nevertheless, I still had nagging doubts about the butterfly motif. Despite the butterfly being an intrinsic part of Chinese folklore (from which the series partly draws) I was concerned that the image might appear over sentimentalised when presented in this context.

This is the final version of the leaf art, prior to its transformation into an archival pigment print: 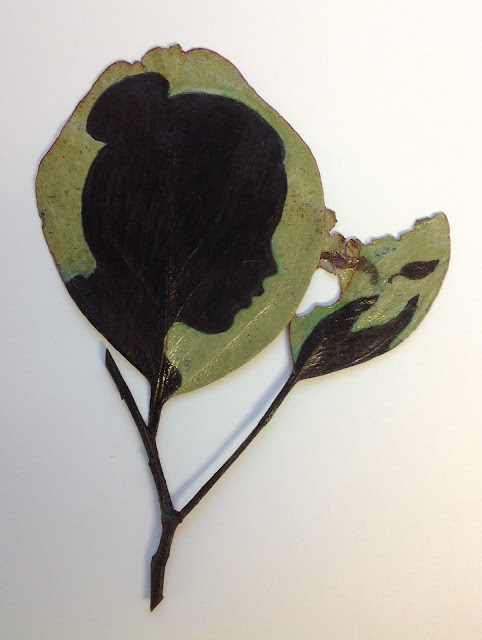 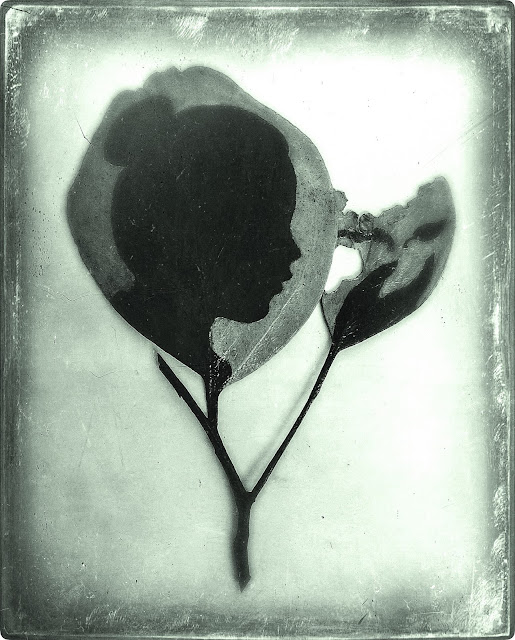