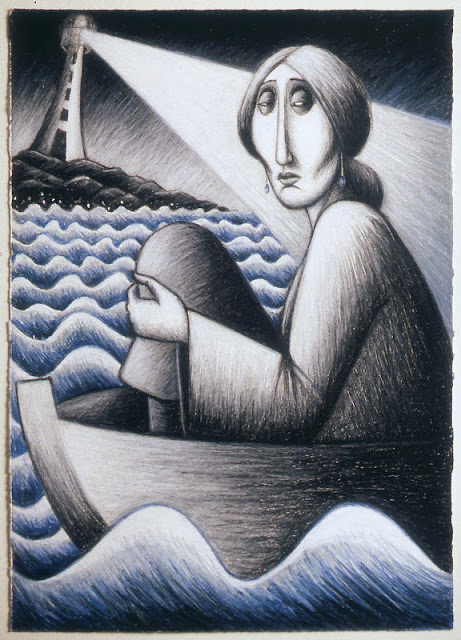 Virginia Woolf and the Lighthouse, 1992, oil pastel on paper 76 x 55 (pictured above) is an early work that was initially exhibited in my first solo show at Australian Galleries, Melbourne, in 1992. The exhibition focused on the creative lives of three writers: Virginia Woolf, Dorothy Parker and Zelda Fitzgerald.

Since then the drawing (now in a private collection) has rarely seen the light of day. However, it has just been granted a new lease on life in an entirely different context. Christopher Minko from the Cambodian-based band KROM has selected the work as the basis for the cover art of the group's latest album (layout by Anya Minko): 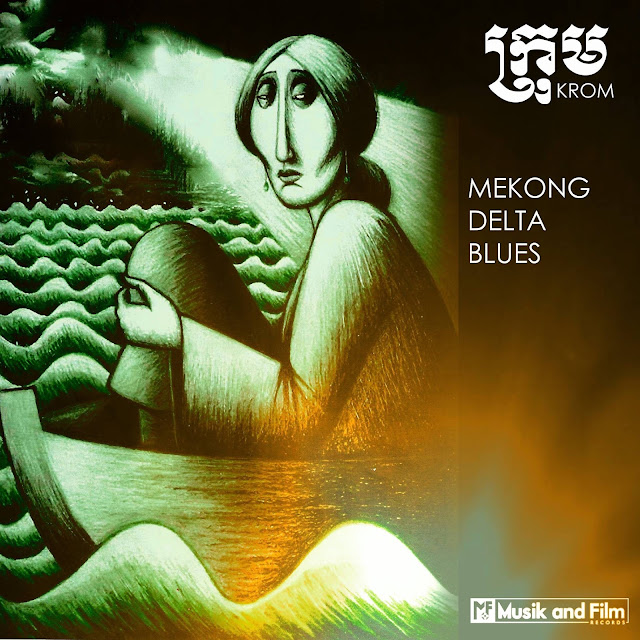 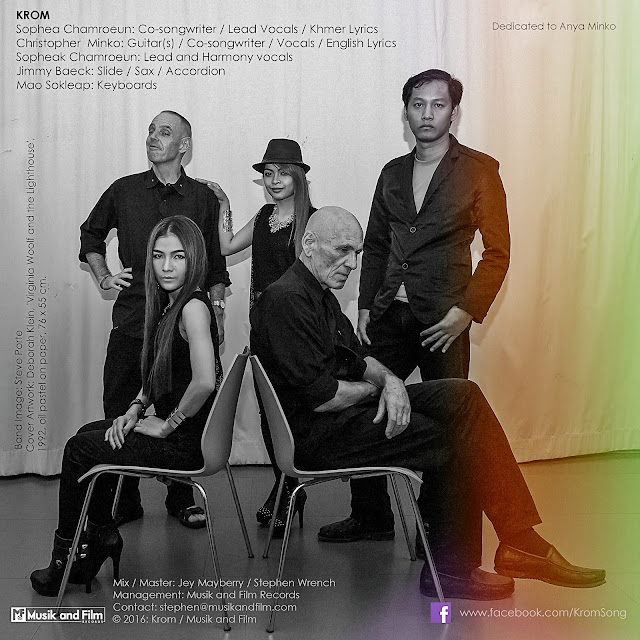 As described on their Facebook Page, KROM is: 'a band in Cambodia, based in Phnom Penh, with a unique blend of Delta blues sound with traditional Khmer. KROM - elusive, exclusive and reclusive'.

The 12-track KROM album Mekong Delta Blues is out now on the Musik and Film label and is available online for digital purchase through Amazon and iTunes. The Amazon link, which also features an insightful review of the album by J. Newman, is here:
https://www.amazon.com/gp/product/B01CKIPSPQ?ie=UTF8&*Version*=1&*entries*=0

KROM comprises Christopher Minko (guitar, co-songwriter, vocals) sisters Sophia Sophia Chamroeun (lead vocals, co-songwriter, Khmer lyrics) and Sopheak Chamroeun (lead and harmony vocals) Jimmy Baeck on slide guitar, sax and accordion and Mao Sokleap on keyboards. The band is entirely self-funded and, as Christopher Minko has stated, they walk a complex path. At times their wide-ranging music touches on the dark side – especially in regard to social issues that need to be addressed (for example, the human slavery that is still widespread in Cambodia).

KROM - Songs from the Noir and the Mekong Heart, a documentary about the band, is soon to be released. Made as a labour of love by Tim Purdie and Bunhom Chhorn, it is the subject of an episode of ABC television’s Australian Story. Christopher tells me the movie will also be doing the film festival circuit in Melbourne this year – an update on this is promised once the details of dates, times and venues are confirmed.

Meanwhile, three teasers from the film can be viewed on You Tube:

https://en.wikipedia.org/wiki/Christopher_Minko
Posted by Deborah Klein at 11:12 AM