Zine launch at the Art Vault 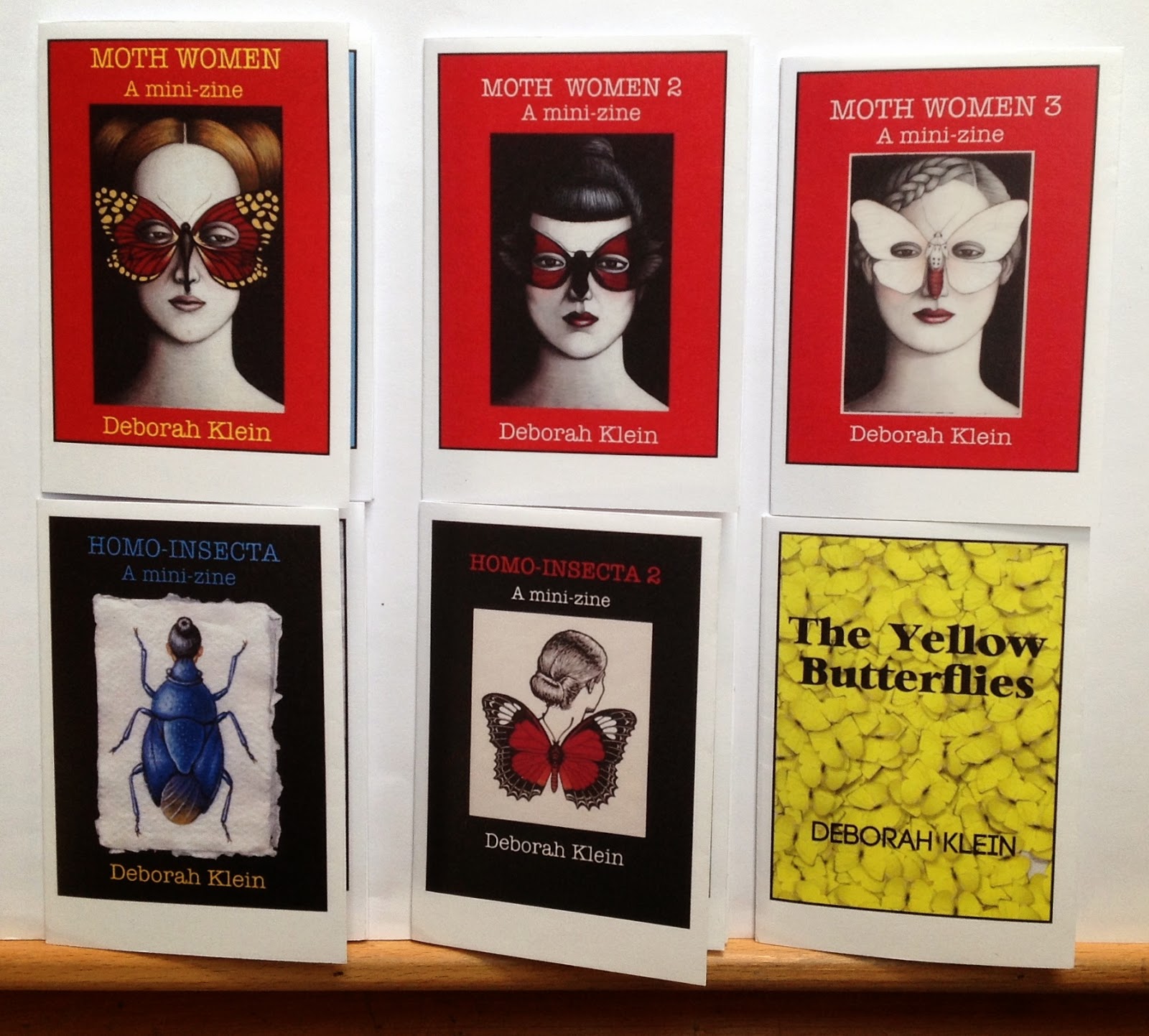 Early on Monday morning Shane Jones and I will set off for the Art Vault in Mildura, our car laden with artwork and art materials in anticipation of the solo exhibitions and residencies we’ll be undertaking there over the next three weeks. (See also previous post). The last of the artworks for my own show, Homo-insecta, was collected from the framer earlier today.

In the meantime, I’ve been working on six eight-page mini-zines, all of which will be launched on opening night, November 26, 6 - 7 pm. The first three, Moth Women 1 – 3, hark back to some of the first insect women. Zines 4-5: Homo insecta 1 and 2, showcase more recent insect women. The sixth and final zine, The Yellow Butterflies, is based on a slightly re-edited version of a fairy story I wrote in 2013.

The zines are something of an experiment; they were created with the aid of iPad apps: Strip Design, Buttefly Cam, Pic Collage and Phoster.