In this post, additional Secret Sites of the Shadow Women are revealed. They have a distinctly seaside theme, which reflects something of my own history. I grew up in  St. Kilda, a beachside suburb of Melbourne. During the years I lived in London, the sea was one of the few things about Australia that I missed. Maybe this is why I became (and steadfastly remain) so attached to London's River Thames.

The Mysterious Map fourth from the top is called Shipshape. Its title comes courtesy of my friend and fellow artist Deborah McMillion-Nering, who lives in Arizona, which is in the desert.

The final image (photographed by Tim Gresham) shows the complete directory of Mysterious Maps. The book now resides on a shelf in the Art Library, Brooklyn (call number 214.1-10, if you ever want to check it out).

To see inside the book - and save yourself the airfare to Brooklyn - visit Moth Woman Press HERE. 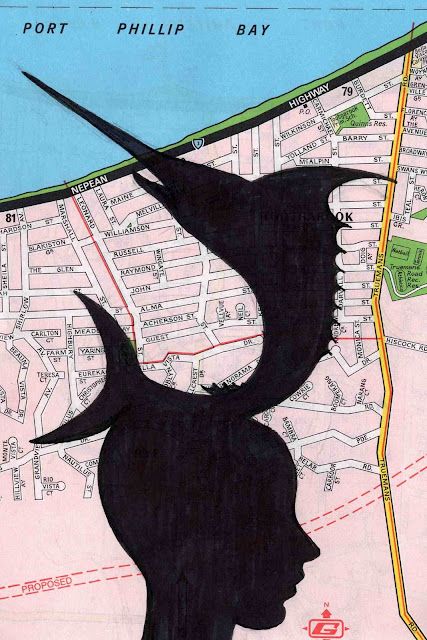 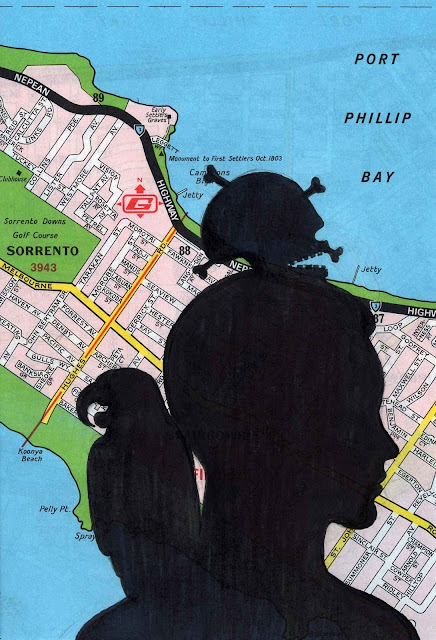 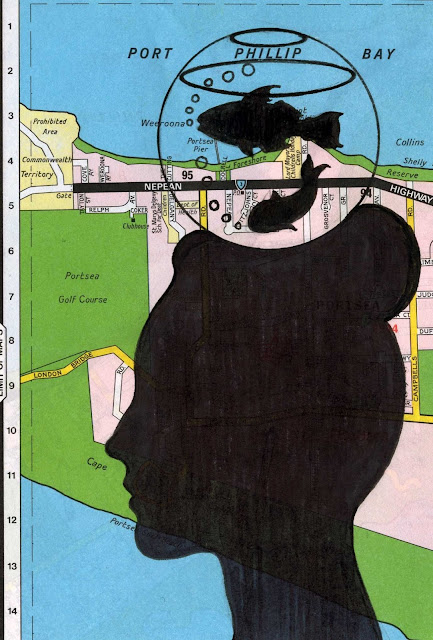 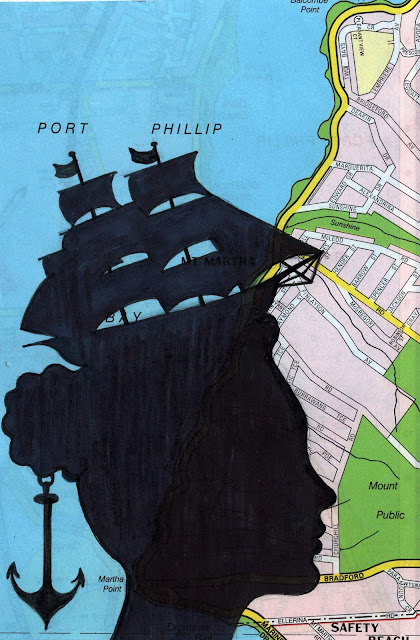 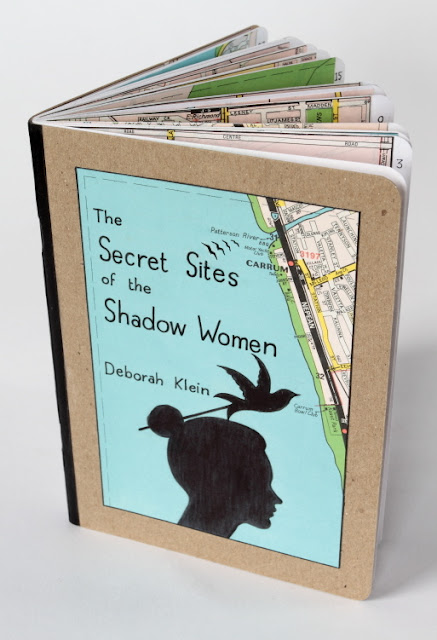 Posted by Deborah Klein at 5:27 PM